for its first participation at the venice architecture biennale, the pakistan pavilion takes its cues from the physical and social dimensions of the sparsely open spaces found within the informal settlements of karachi, the country’s largest and most dense city. embedded with ideas of limitation and interdependence, the pavilion echoes the tangible and intangible qualities of those settlements, inviting visitors to comprehend FREESPACE as a consequence of unity, mutuality and harmony. 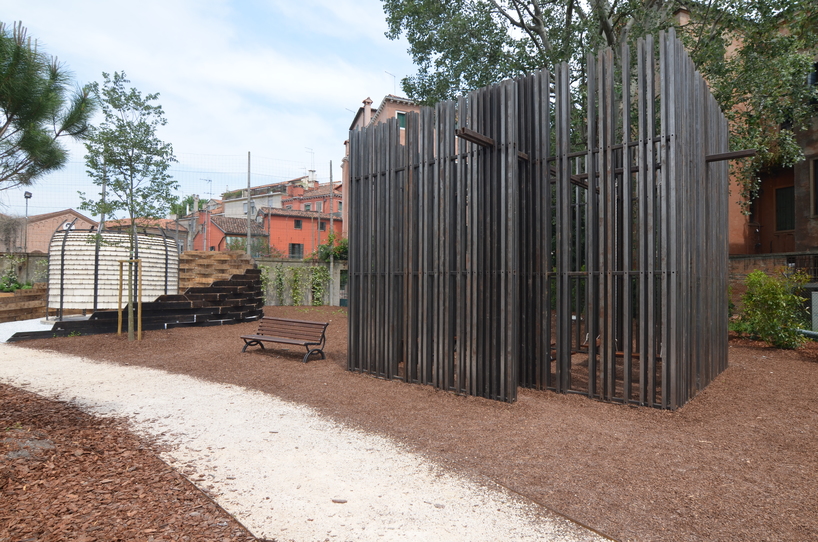 sitting in the levante section of the gardens of marinaressa, venice, the pavilion appears as an elusive volume composed of a series of unevenly spaced verticals enclosing a constricted space within. these verticals represent the multiplicity, density and irregularity evident in the informal settlements of the city, while the use of steel is indicative of the harsh physical reality of these settlements. serving as the financial and industrial center of the country, karachi has long attracted people from all parts of pakistan in search of employment opportunities, and has welcomed migrants from near-by countries facing conflict and economic deprivation. today, over 60% of the city’s population resides in informal settlements, where the only open spaces that remain are the narrow corridors trapped between endless layers of buildings. receiving only fractured light, these corridors occasionally open into slightly wider pockets of space, yet, despite the harsh conditions these open spaces remain full of life and vitality, not only functioning as thoroughfares, but serving as vibrant arenas for interaction, dissemination of information, exchange of ideas, and even play. 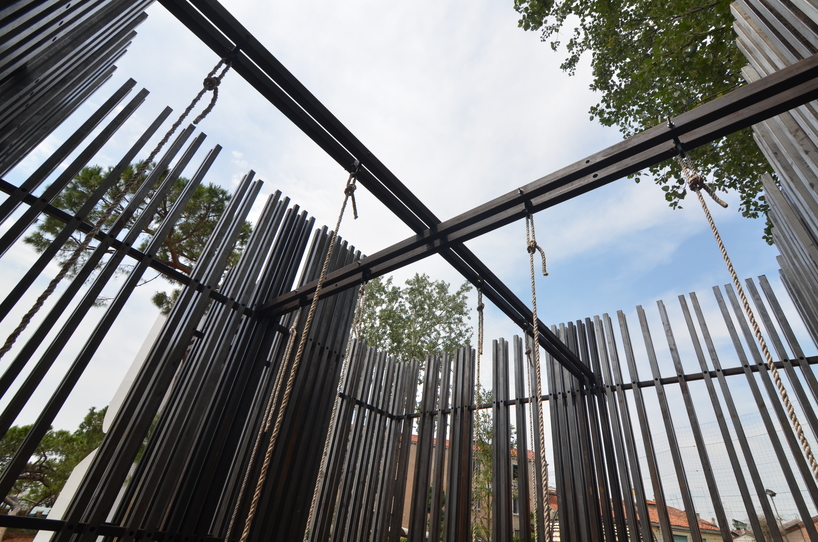 intersecting axes supported by the layer of unevenly spaced verticals

titled ‘the fold’, pakistan’s pavilion is purposefully placed in an outdoor public space in efforts to form a dialogue between the traditional and antithetical public domains. the subtle tapering of the profile against the sky symbolizes the tendency of the karachi settlements to rise in synchronization. inside, two axes and six objects articulate the space, engaging visitors both physically and intellectually with four swings suspended from the two strategically placed axes, that are encouraging visitors to swing freely. similarly, a pair of benches invite visitors to pause and reflect, but only with two persons sitting on either ends. in the pavilion, FREESPACE is interpreted as a democratic space, one that is a consequence of shared aims and values within a restrictive physicality. 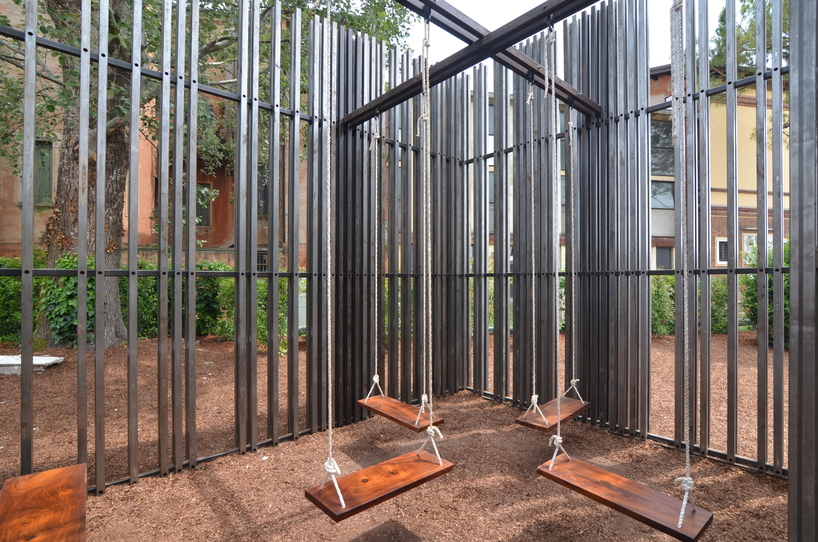 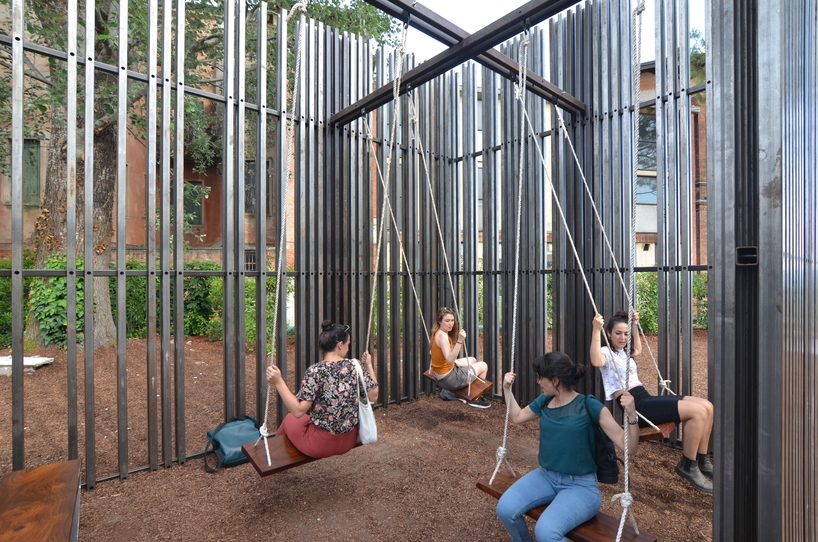 coordinate and swing away 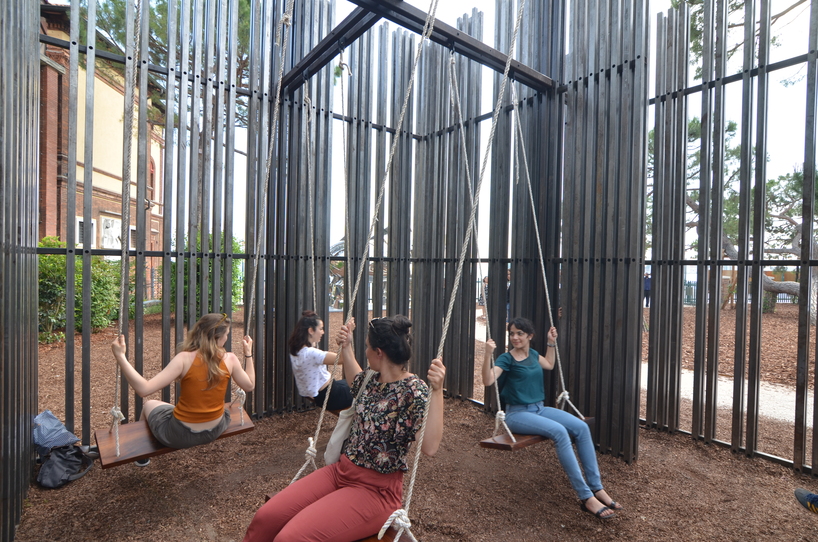 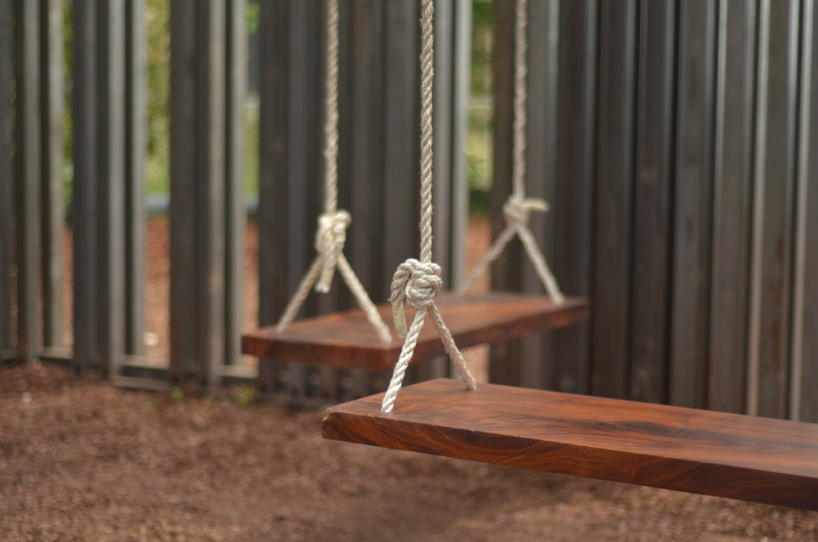 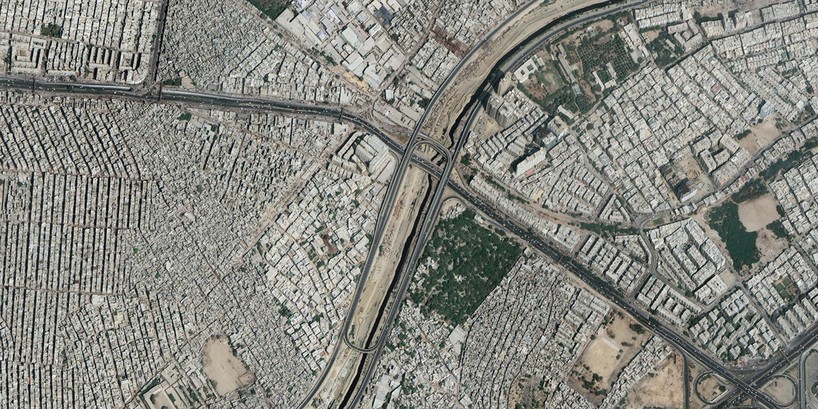 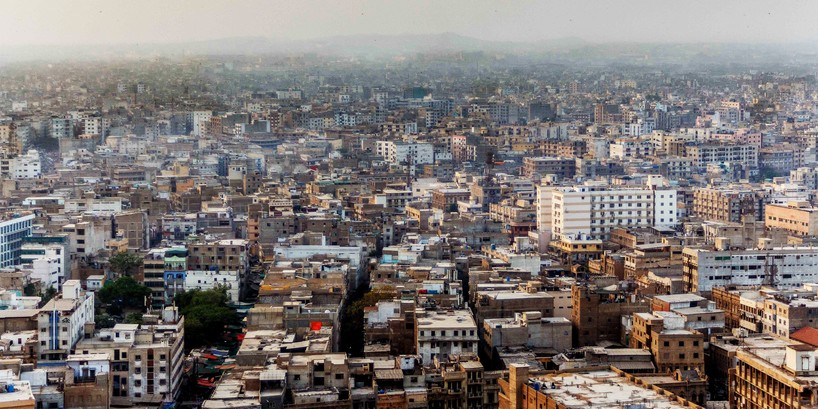 karachi, pakistan’s most populated city with a population of over 20 million people
photo by sakina hassan 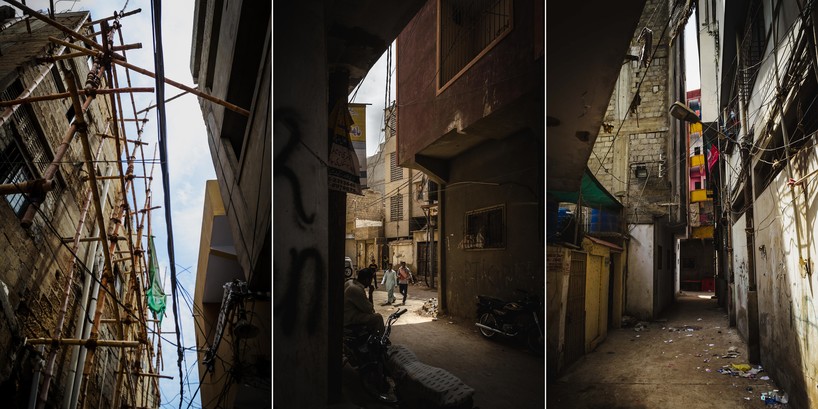 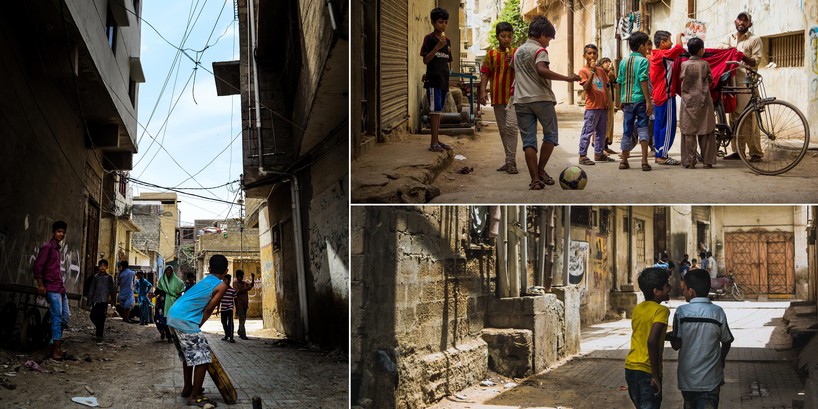 avenues of life and vitality
photo by sakina hassan 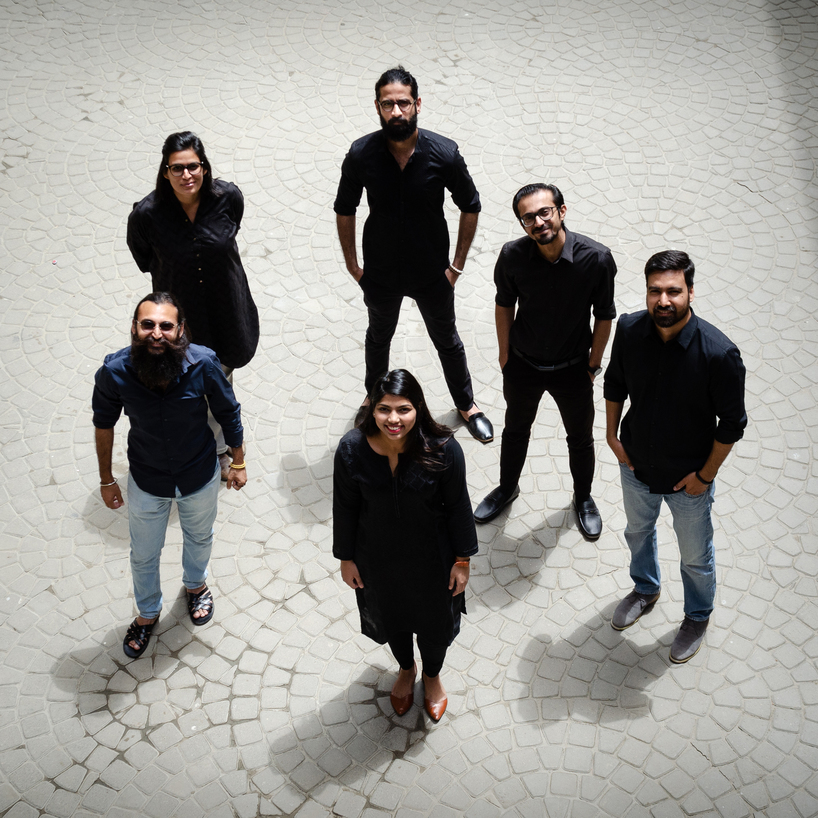 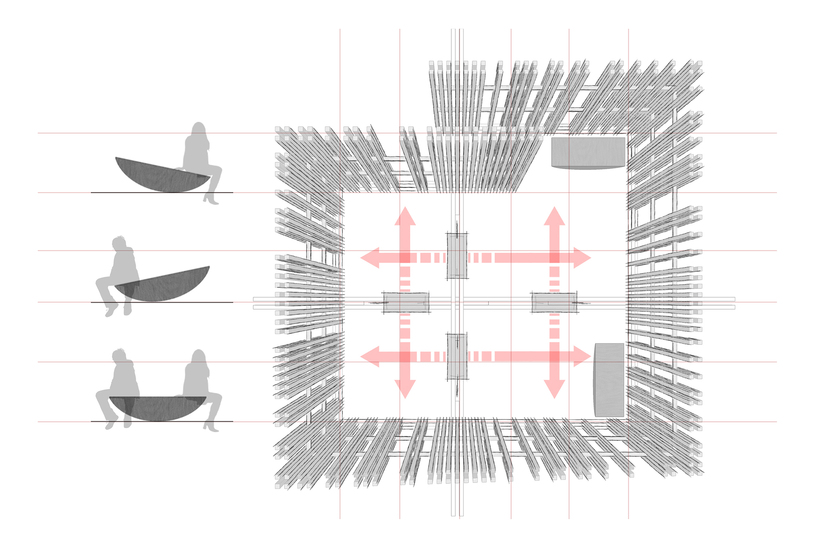 projected plan of the pavilion
image by coalesce design studio

commissioner: asad i. khan, chairperson of the pakistan council of architects and town planners