los-angeles based studio patterns has designed a high end retail store on sunset boulevard in hollywood, california. ‘sunset boutique’ features a translucent facade composed of strips that bend and inflect to expose the interior glass box. 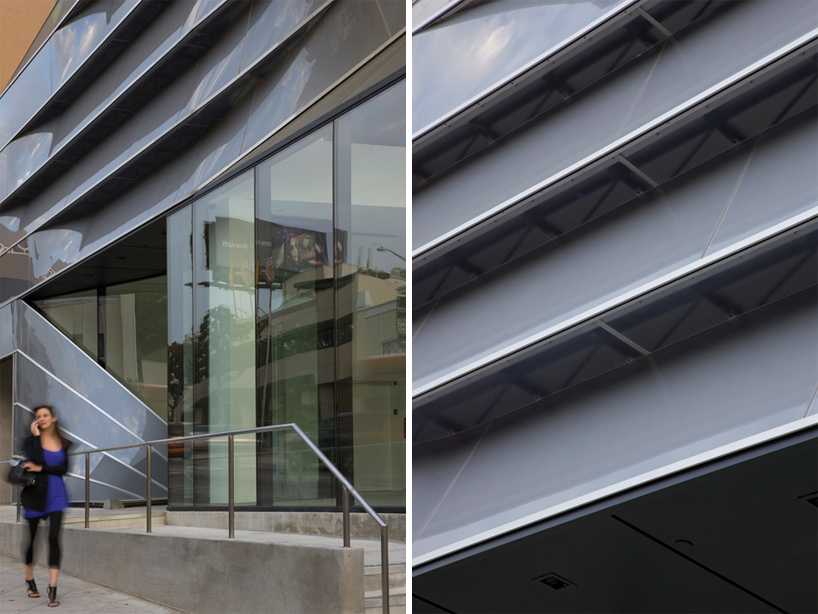 as the project was officially listed as a renovation, there were clear restrictions on the scope of work from the very beginning. working with the existing elements at hand, the design is a result of a negotiation between the steel column grid which remains from the previous renovation and the singularity of the adjacent context. 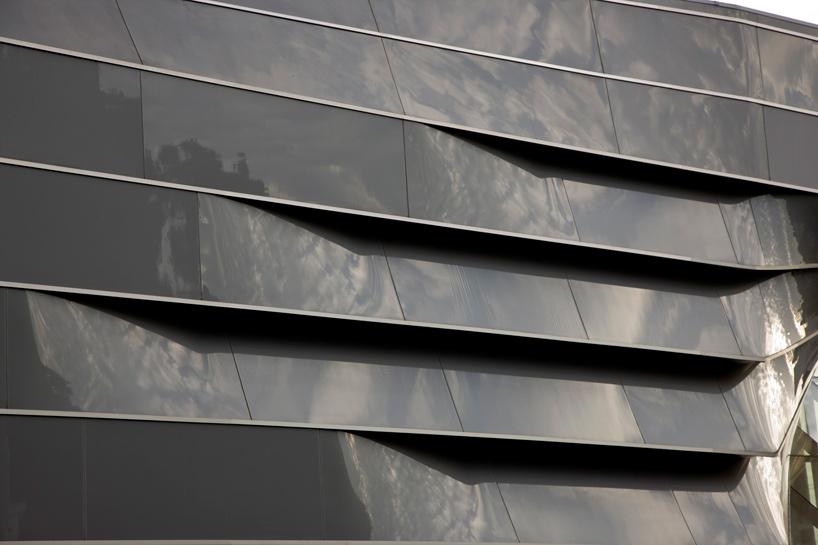 influenced by the sleekness of automotive fabrication, the materials used exhibit clean and seamless finishes. connection details and joineries are concealed from the outside by being recessed behind the surface. constructed out of 3/8” polycarbonate panels, the facade was molded and heat formed to control the overall form. the translucence of the skin coupled with the lighting effect allows the street face of the project to react to the daylight conditions. 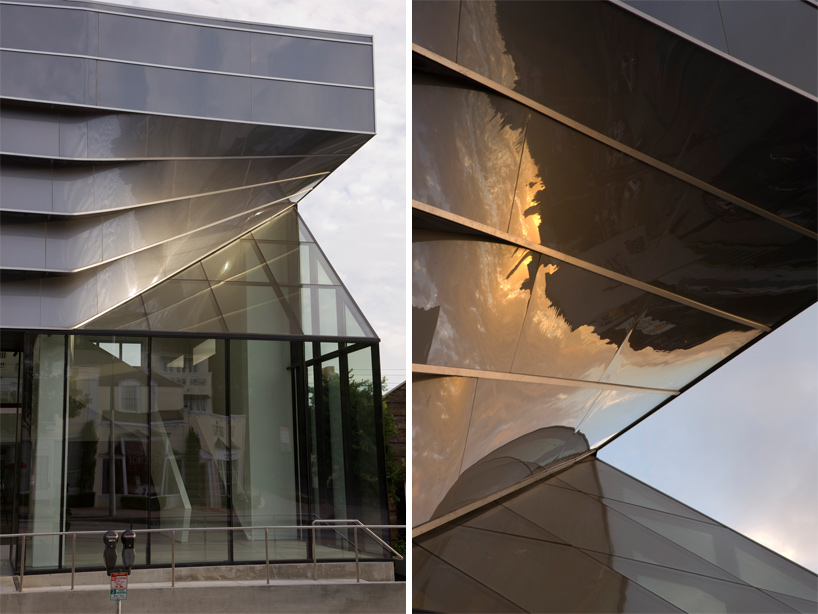 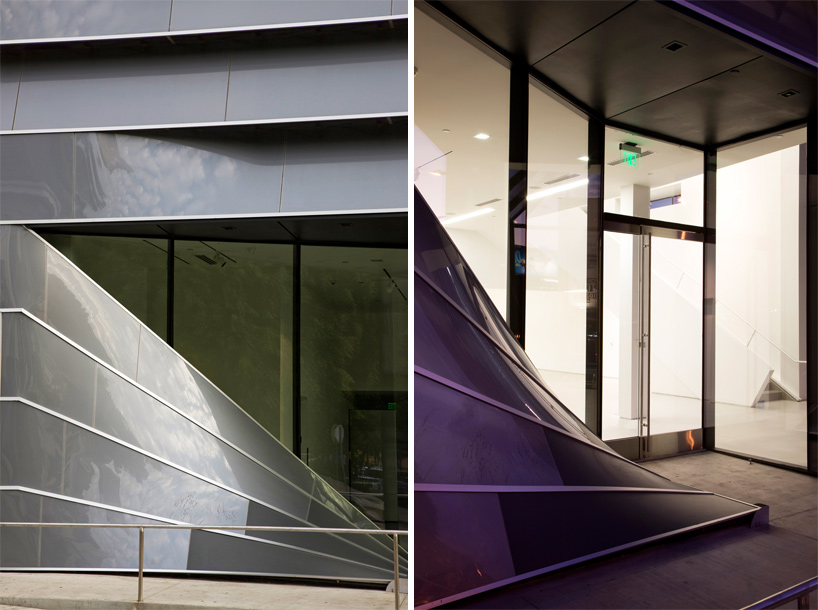 the inflection observed from the facade is also translated to the interior. the underside of the skin features a framing system in dark steel, accenting the spatial tension caused by the inward intrusion. gill-like horizontal apertures open up to allow sunlight to seep in to illuminate the all-white interior space. 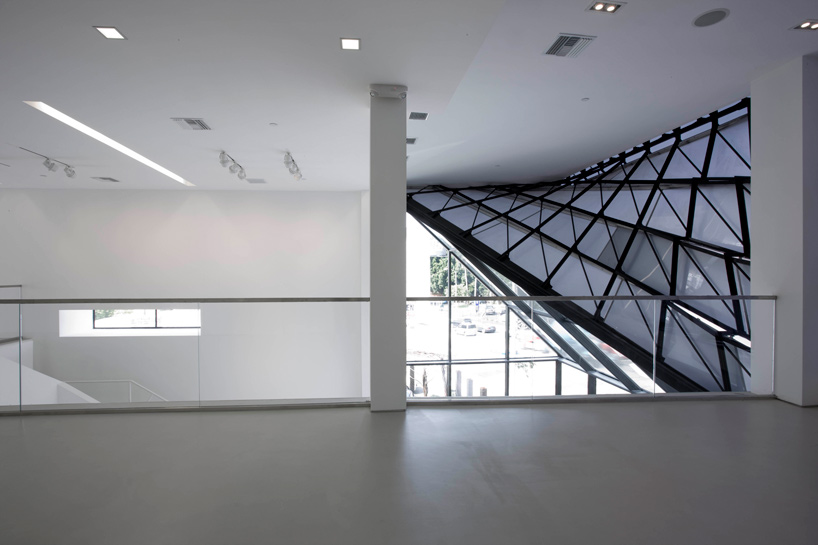 view of the facade from the second level 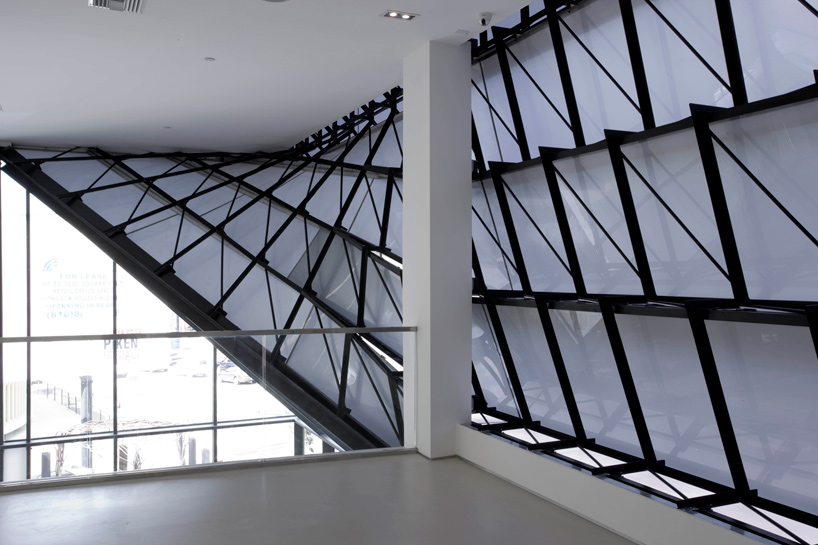 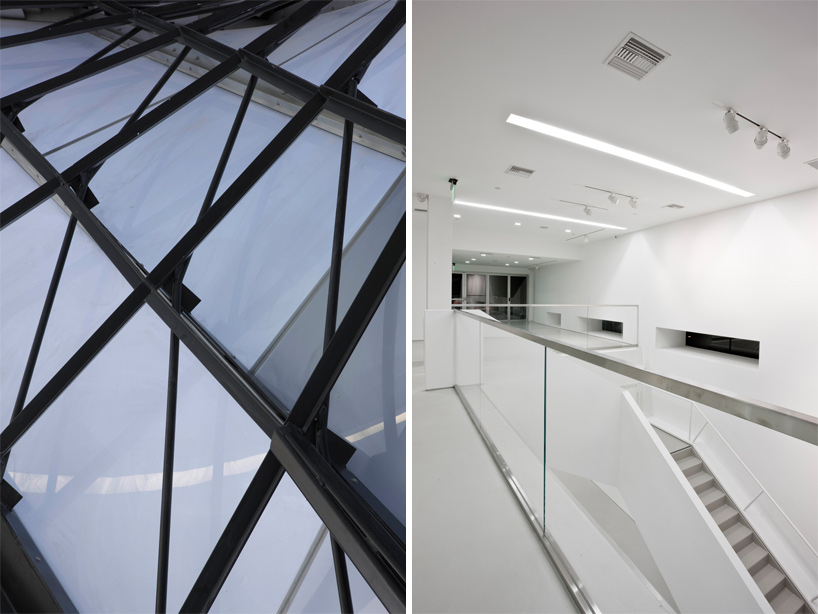 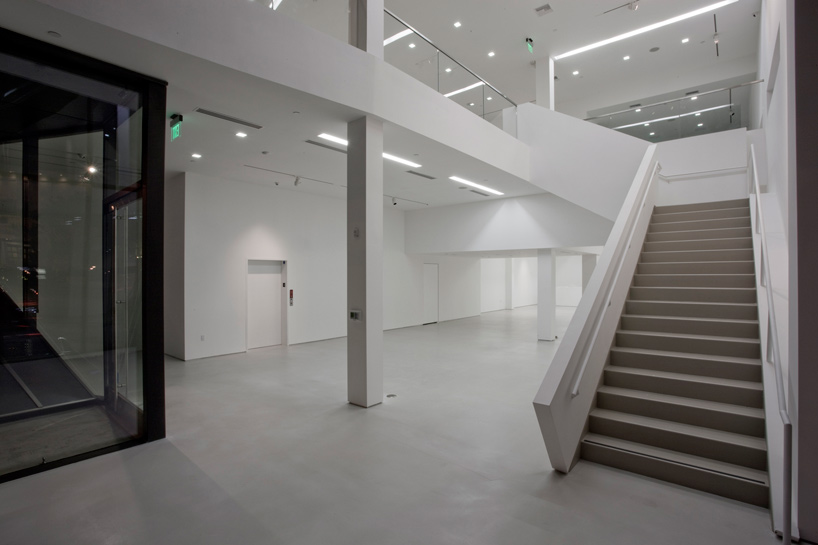 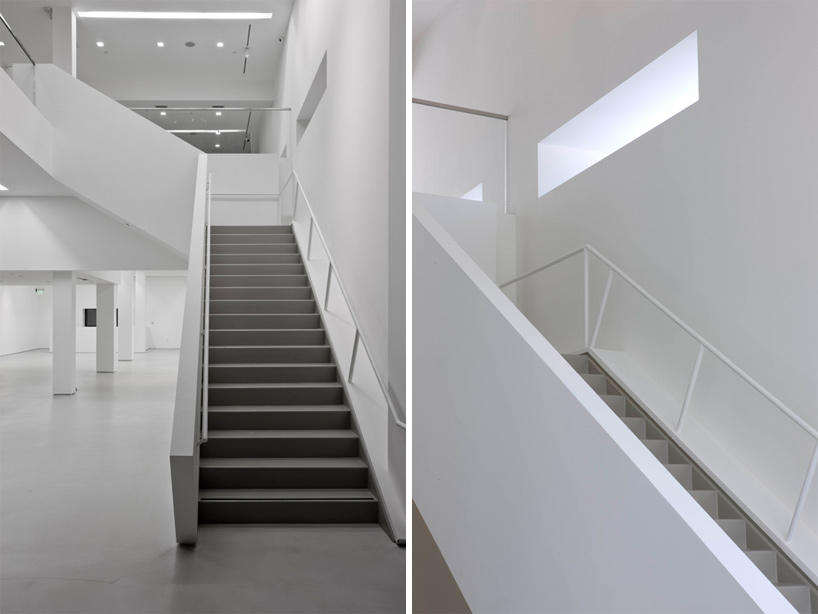 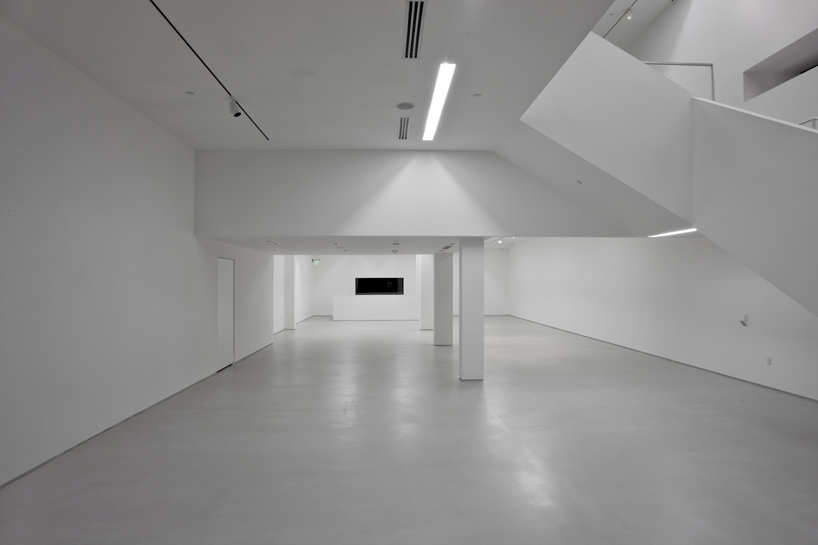 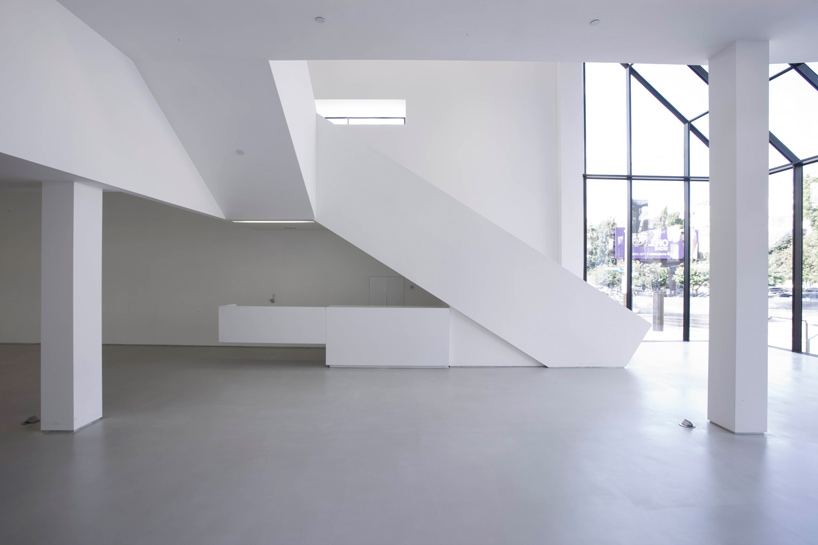 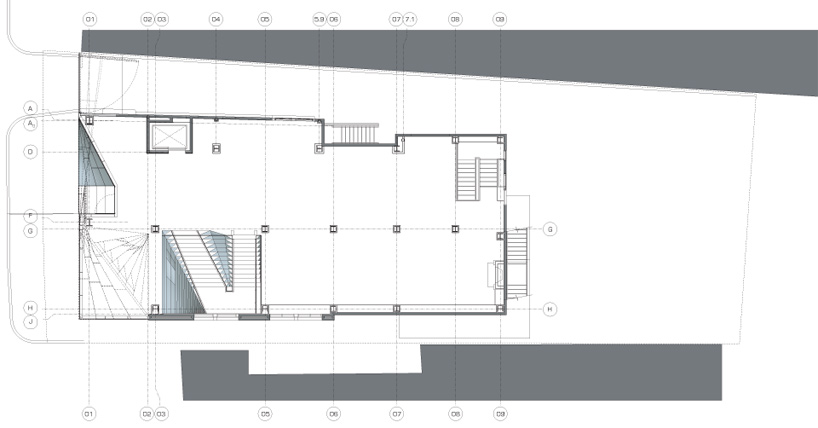 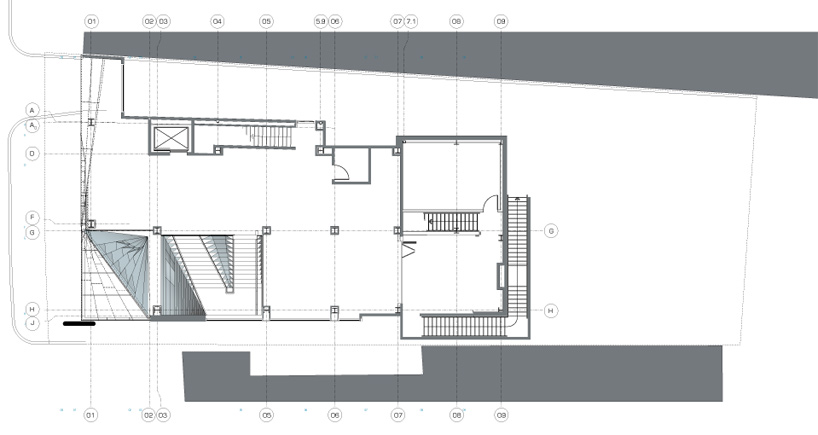 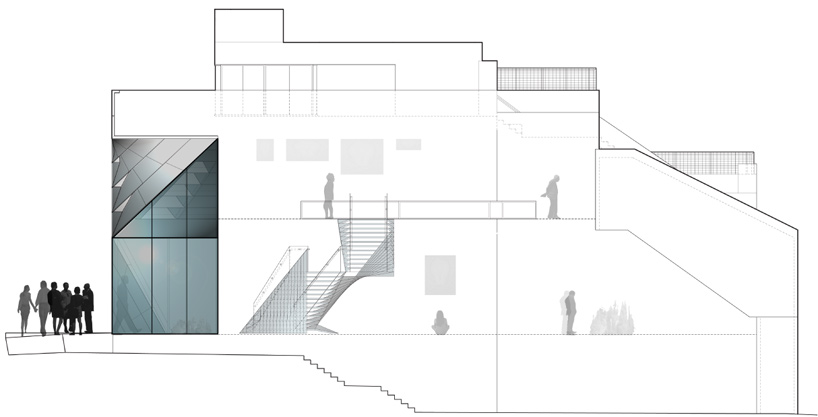 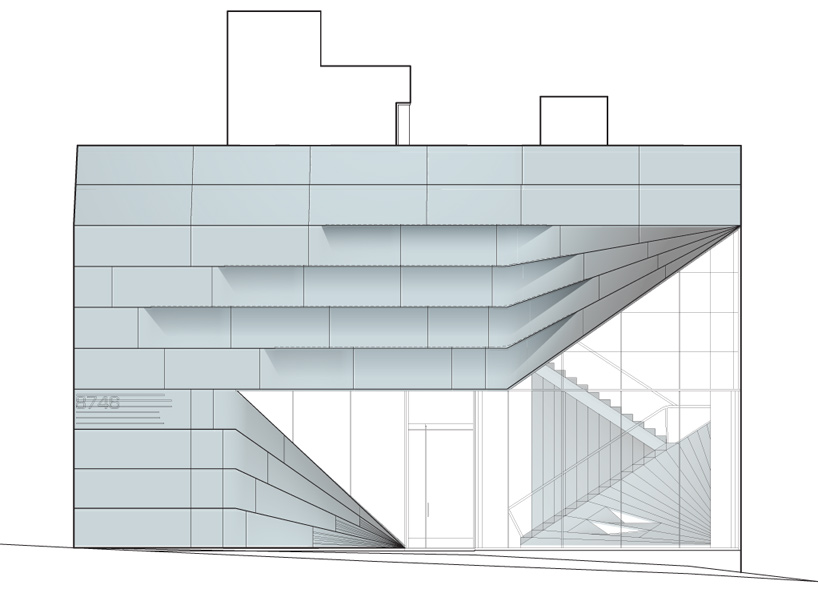 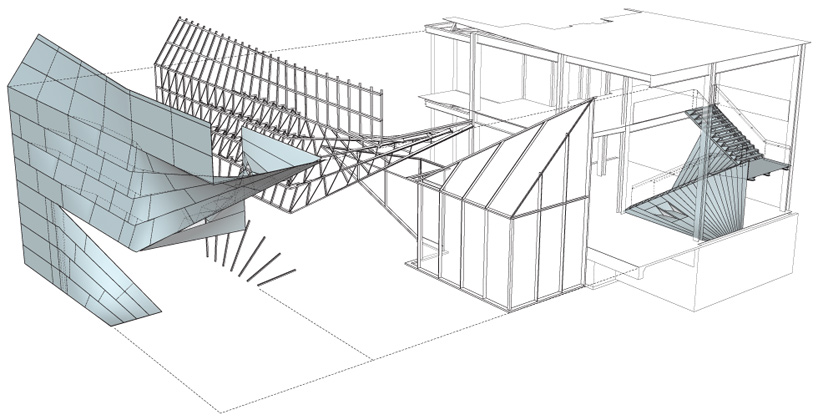