dutch practice paul de ruiter architects, has designed the winning competition proposal for the ‘inspiration centre’ to be constructed in grevelingen, the netherlands. situated within a coastal nature reserve near the north sea, this project will introduce a recreational element to the landscape. currently an enclosed inlet and the largest tide-less salt water lake in europe, lake grevelingen must be reconnected to the ocean to introduce water flow, reviving the flora and fauna of the area. the structure will be positioned at the midpoint of brouwer’s dam which physically separates the two bodies.

a central tower is elevated above two low-profile volumes, creating a place for wind to circulate and introduce daylight into the heart of the building. lifted above the earth or cut into the land, the structure serves as a benchmark for the uneven and changing ground levels resulting from tidal processes. taking a visual aesthetic from the surrounding context, the facades are surfaced with reeds and green roofs. 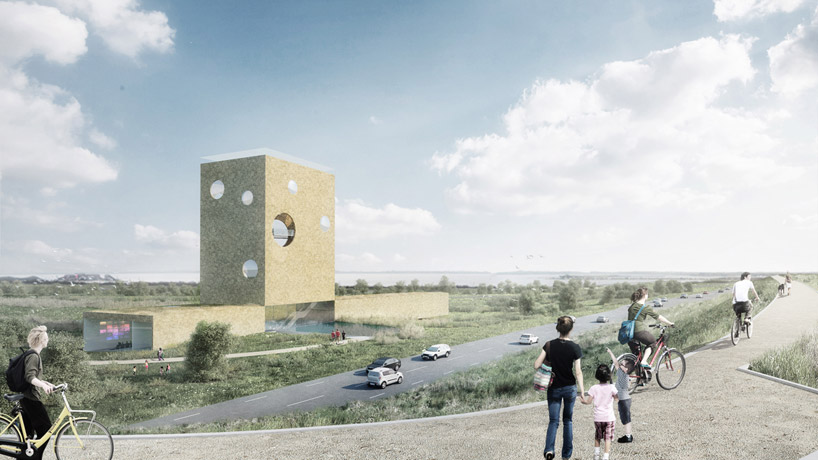 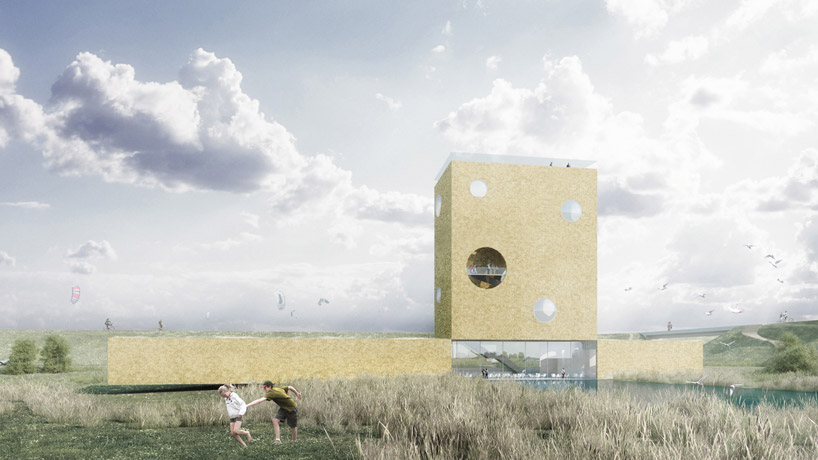 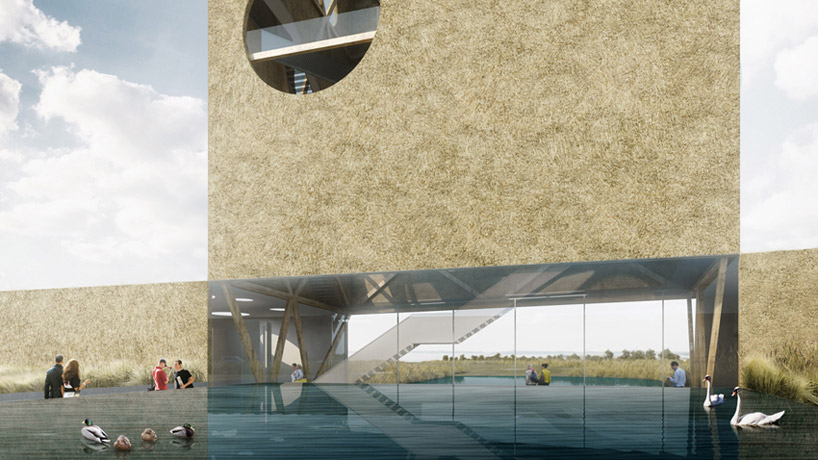 transparent enclosure at the base of the tower 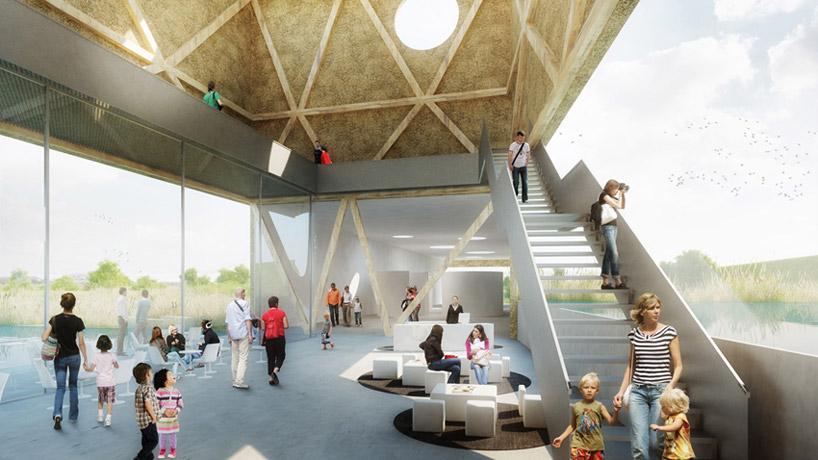 stairs to climb the tower 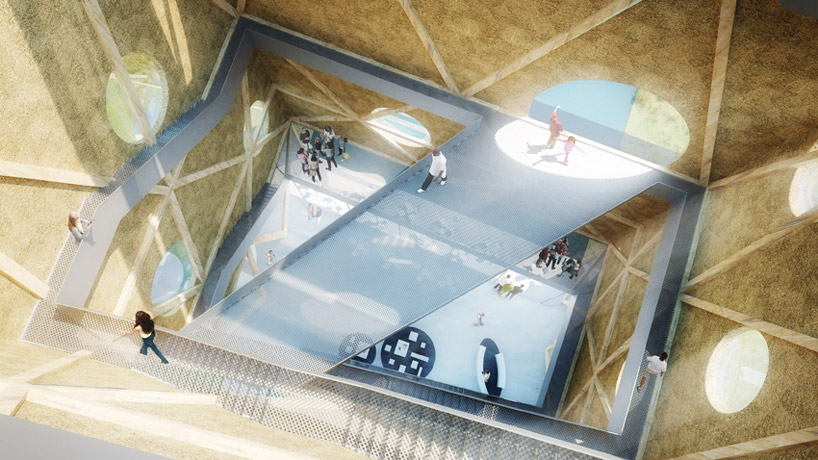 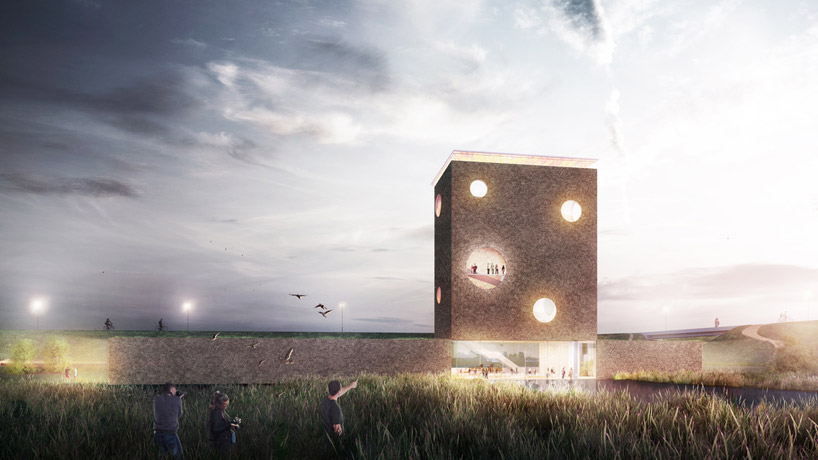 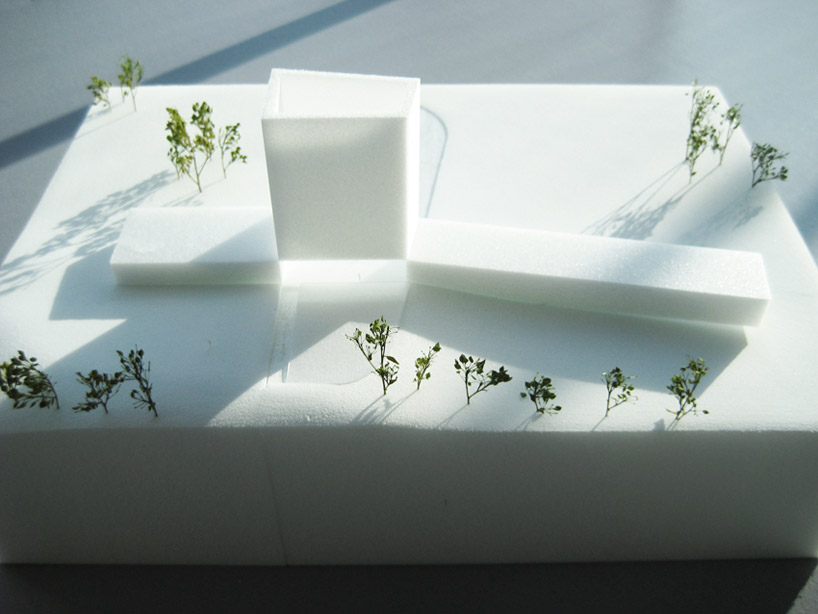 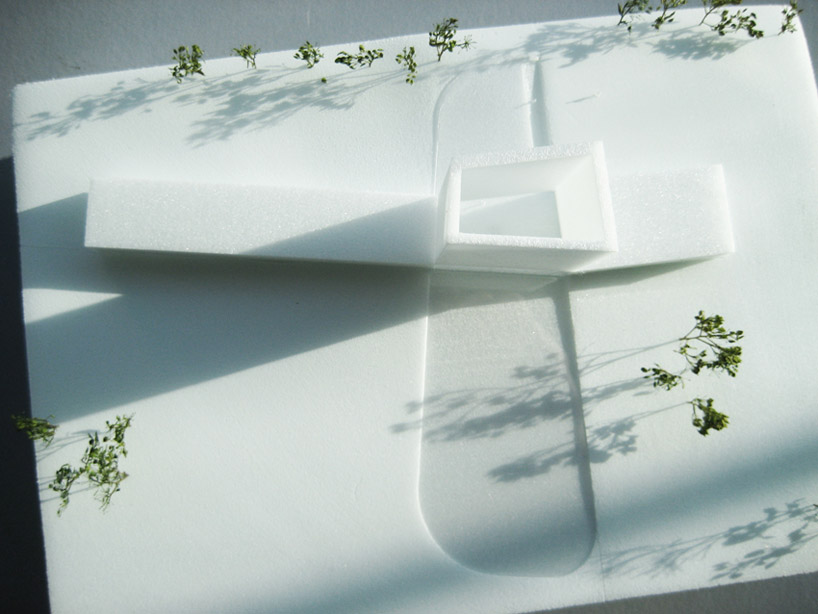 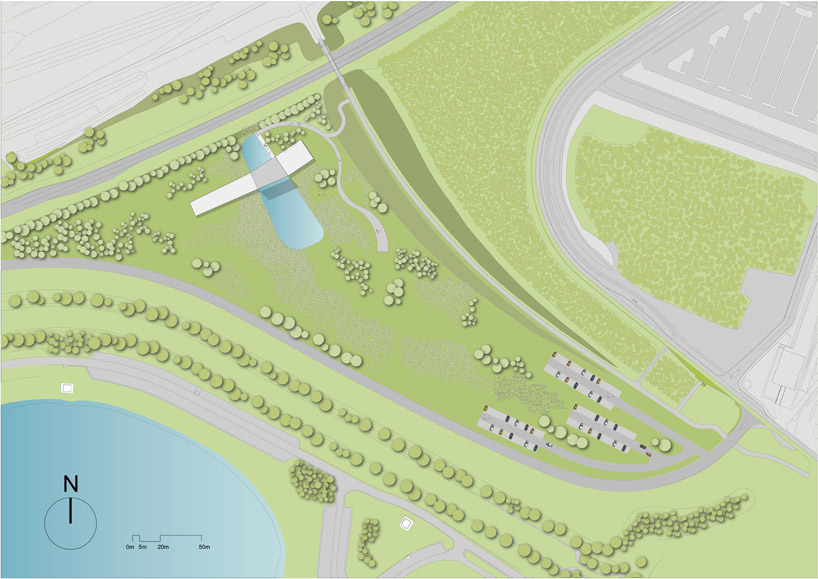 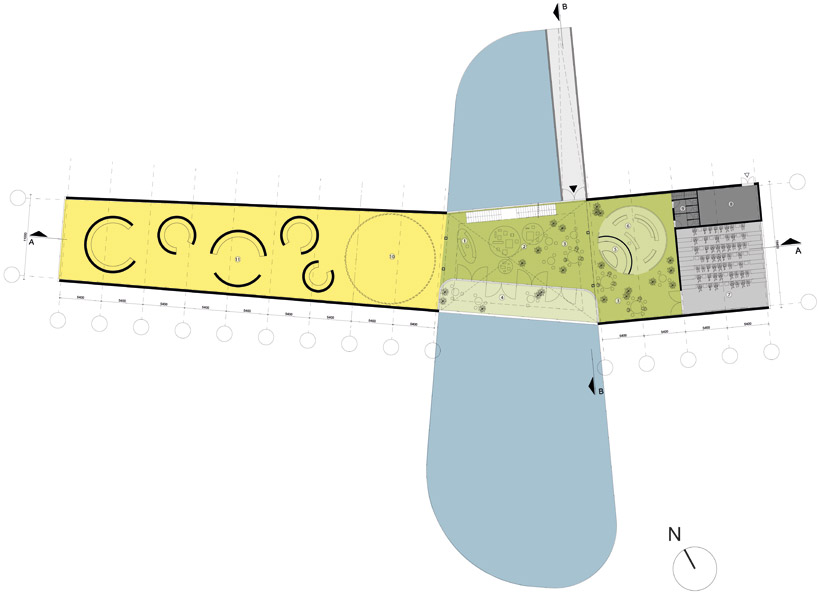 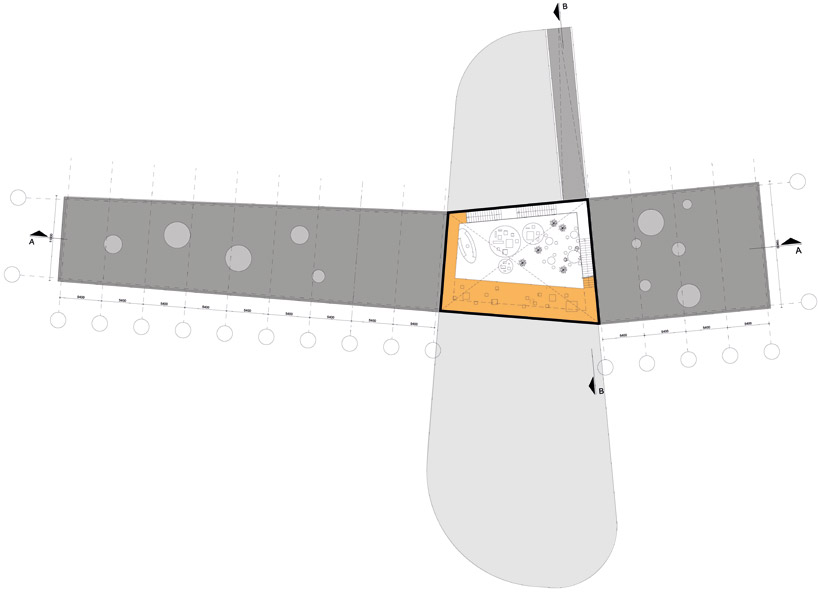 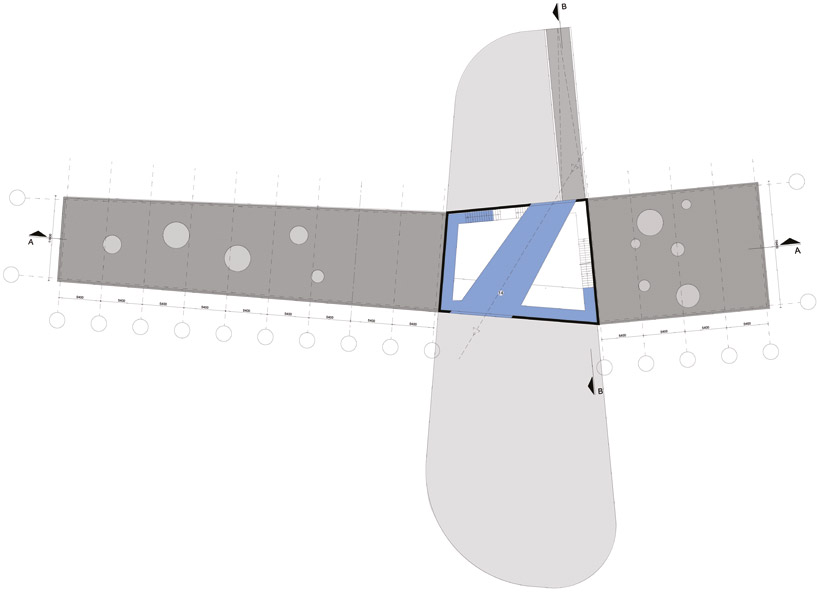 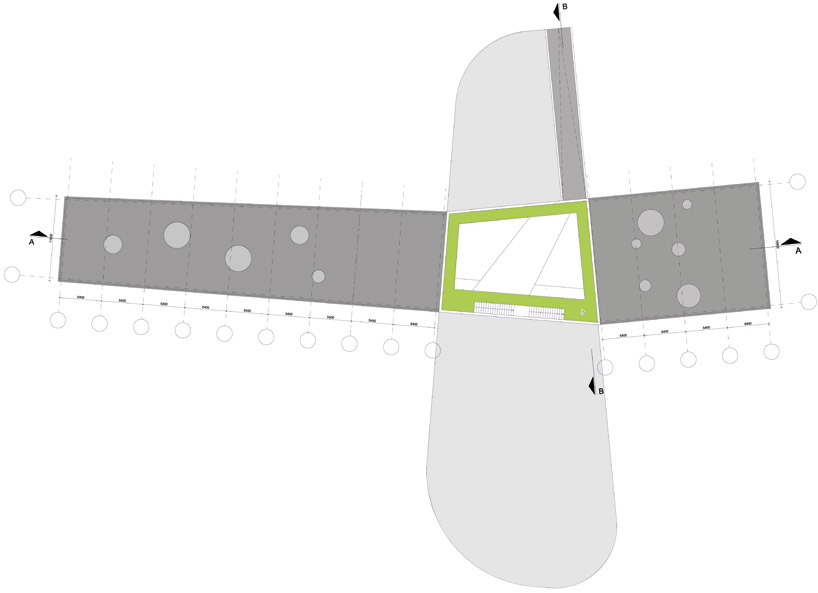 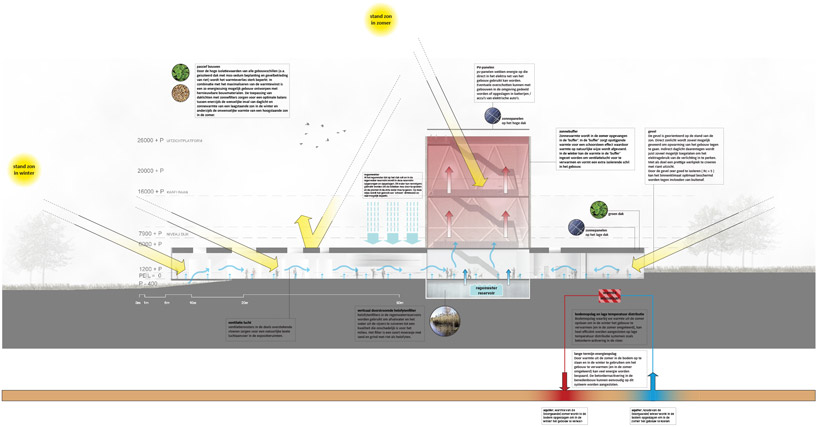 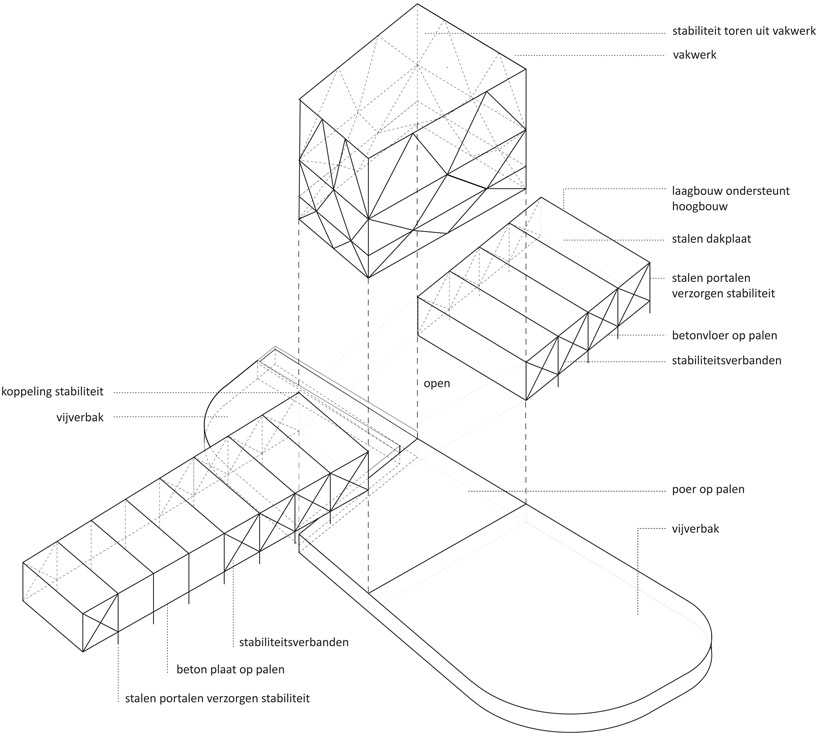 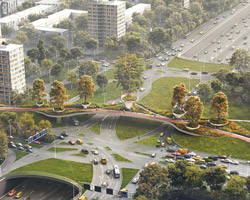 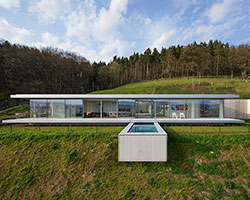 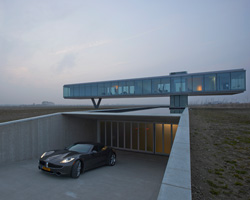 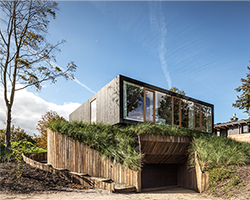 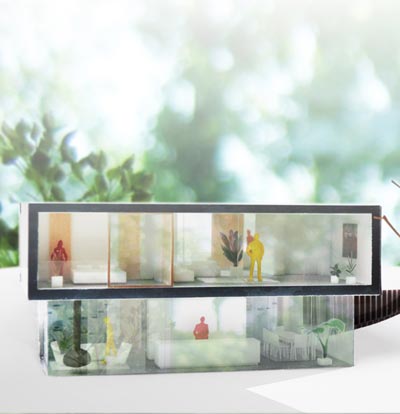 Sep 23, 2022
take a peek at the world's largest geothermal lagoon to be built in canada
construction is expected to start in march 2023.
architecture
189 shares
connections: +210