people’s architecture office has completed a vast residential development in china, comparable in scale to new york’s rockefeller center. the ‘river heights residences’, located on an undeveloped plot on the outskirts of taiyuan, house 10,000 people in a ‘context of emptiness’. the scheme comprises a unified collection of mini-towers that seek to establish a dense urban environment. 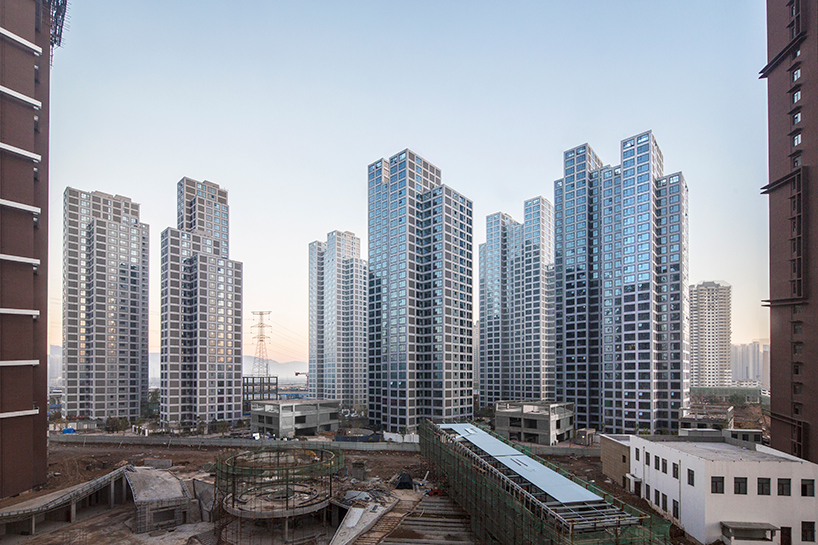 all images by people’s architecture office

the distinctive form of the development has been designed by PAO to facilitate higher living standards in comparison to neighboring projects. ‘a bundle of mini-towers is in fact one building that has been sliced into portions, shifted in both plan and elevation, and then topped with roof gardens,’ explains the design team. ‘the amount of each mini-tower’s offset is finely tuned to achieve maximum cross ventilation and natural light without reducing density.’ consequently, the development’s bold silhouette appears in the form of a city skyline. 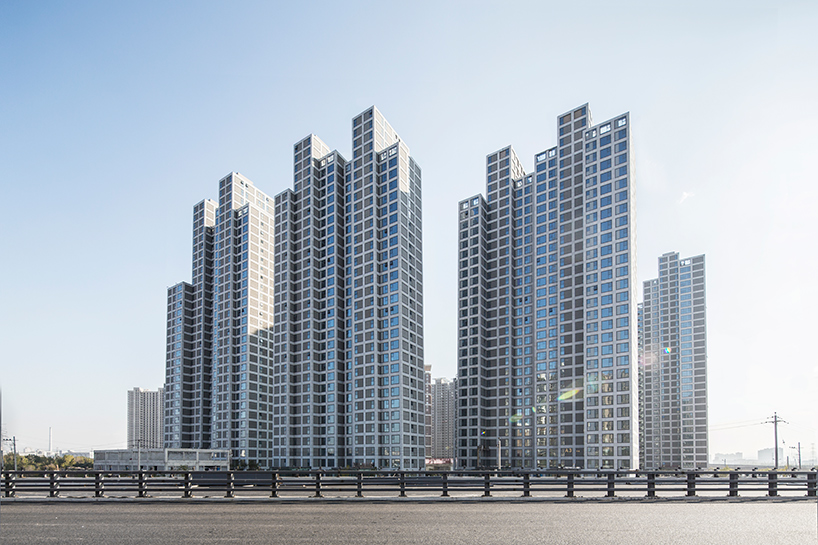 according to the architects, residential developments comprise 70% percent of all new building construction in china, yet many new apartments still remain unaffordable for most individuals. however, units within the river heights scheme are priced below the average cost of housing in taiyuan and have already completely sold out. 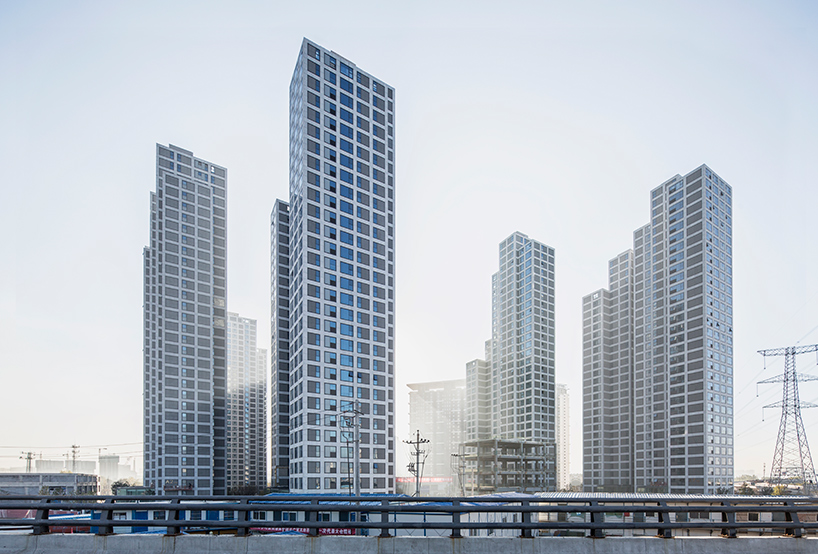 ‘affordability is due in part to density and the elimination of decorative frills,’ say the architects. ‘residential towers are notorious for their poor design quality.’ rather than unnecessary adornments or decoration, the development presents formally restrained façades in a grid that encompasses glazing, balconies, and air conditioning units. at ground level, between the towers, the buildings recede into the background, highlighting a series of open green spaces and sunken plazas. 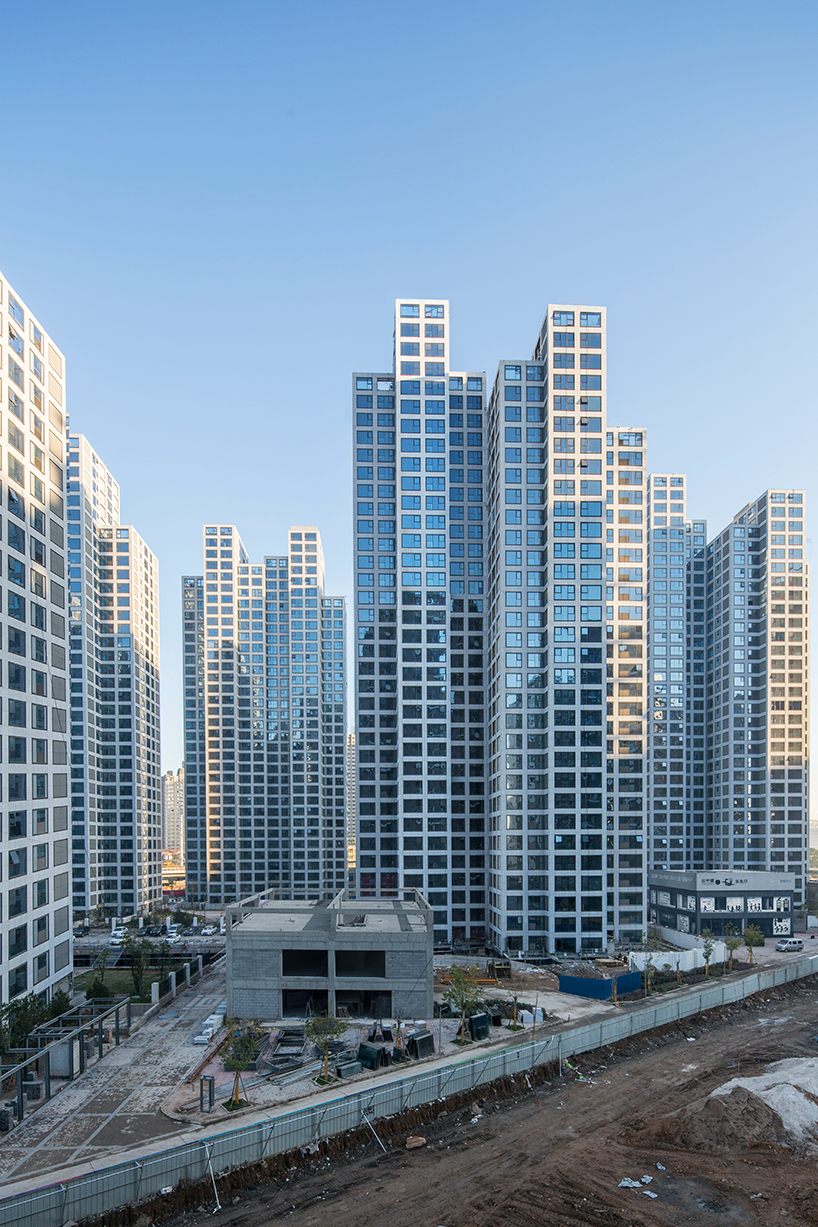 the scheme comprises a unified collection of mini-towers 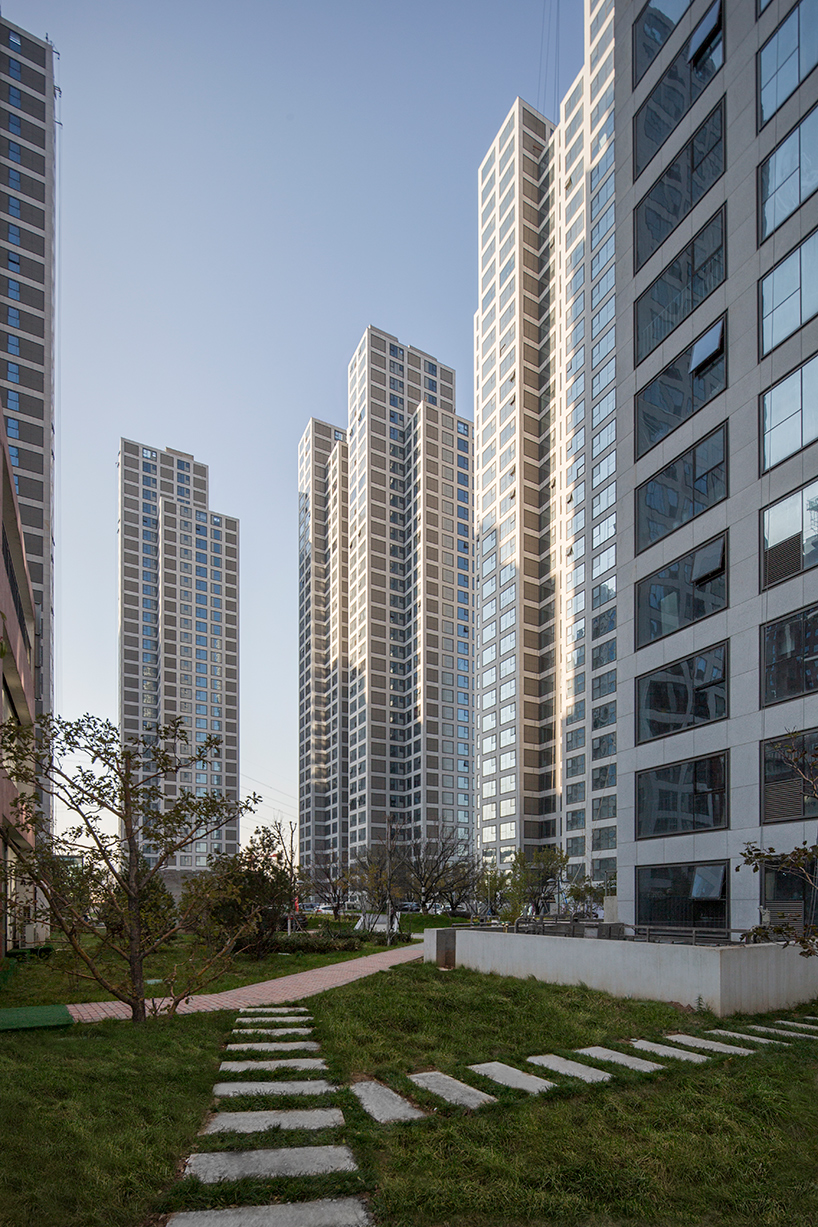 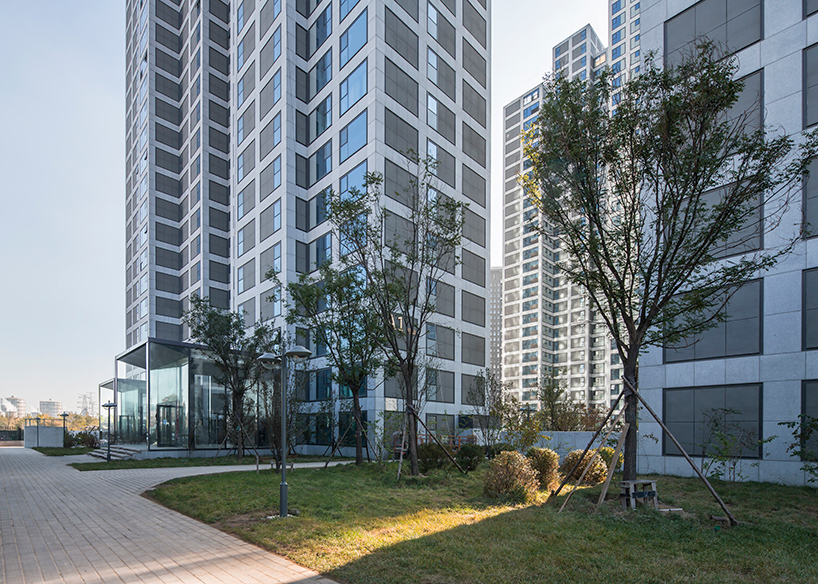 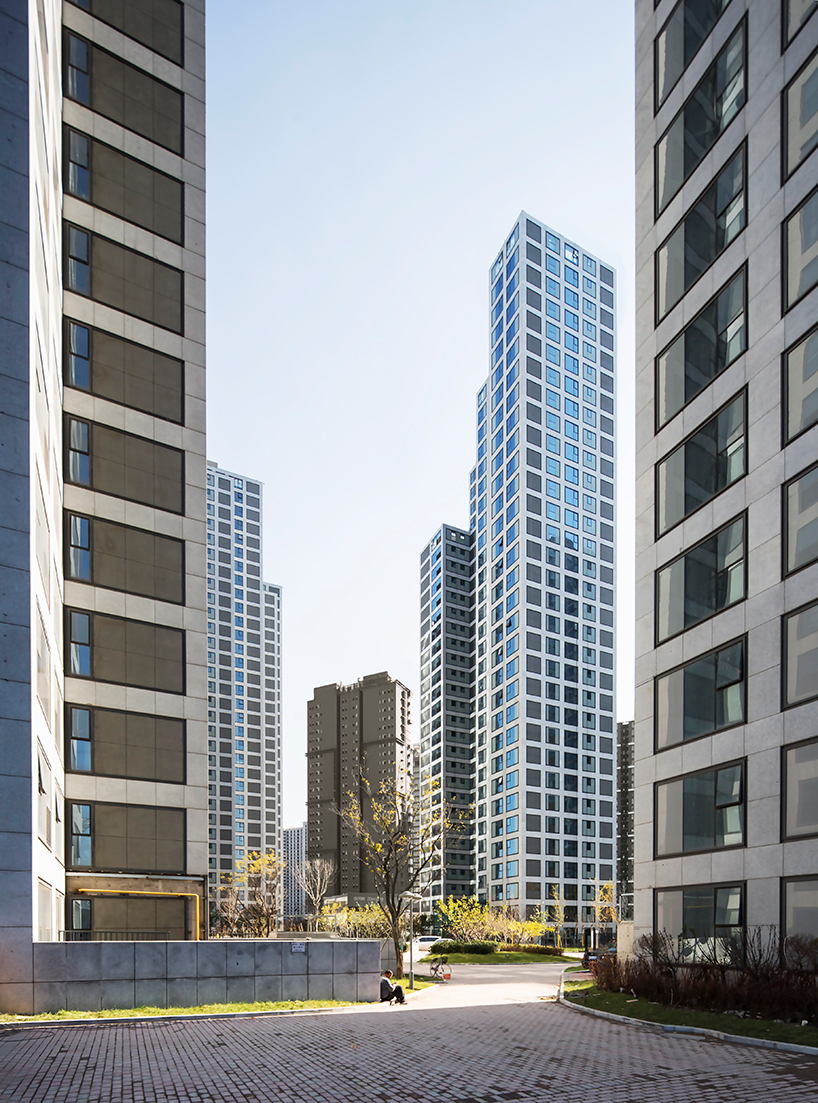 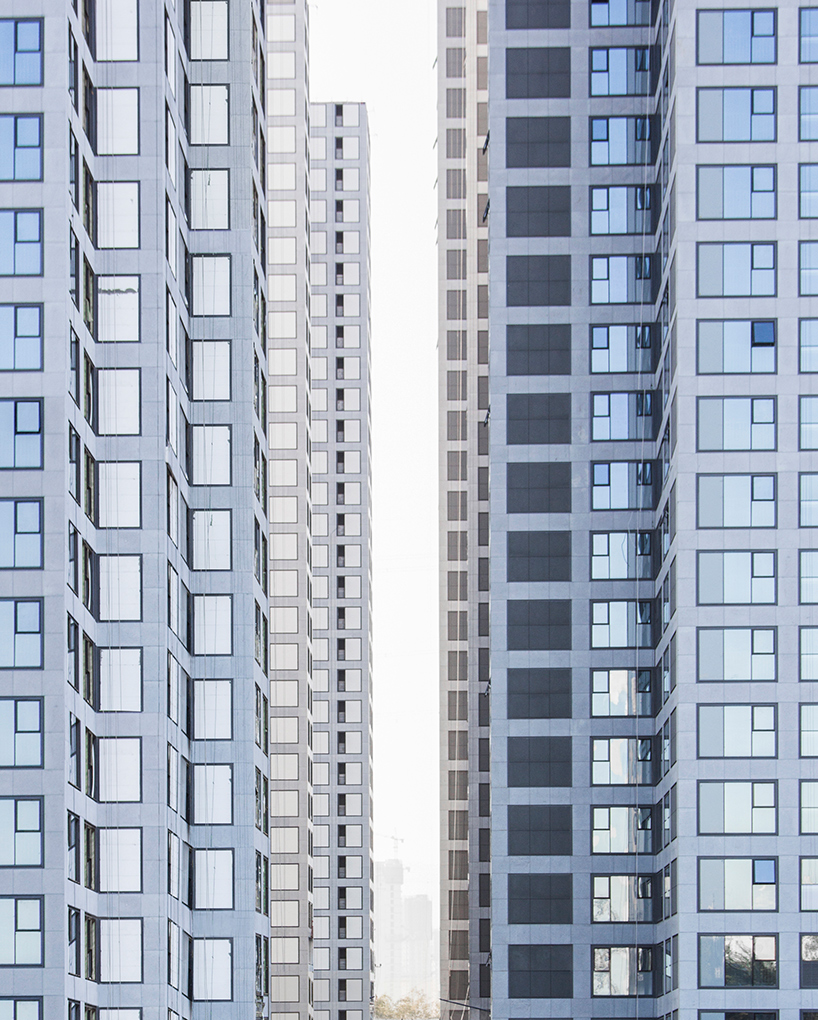 all of the development’s apartments have already sold out 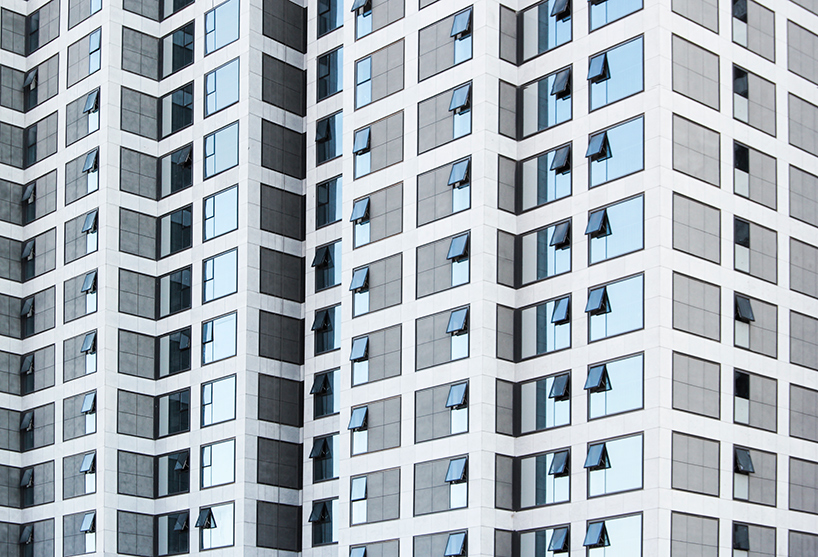 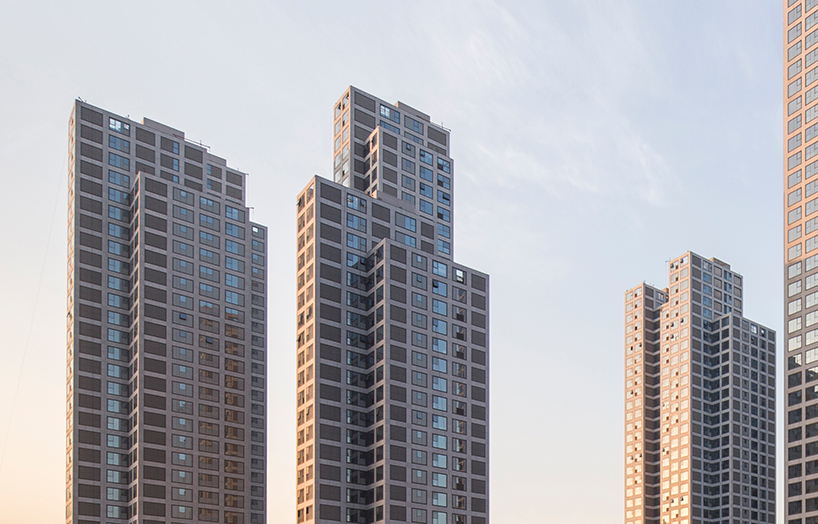 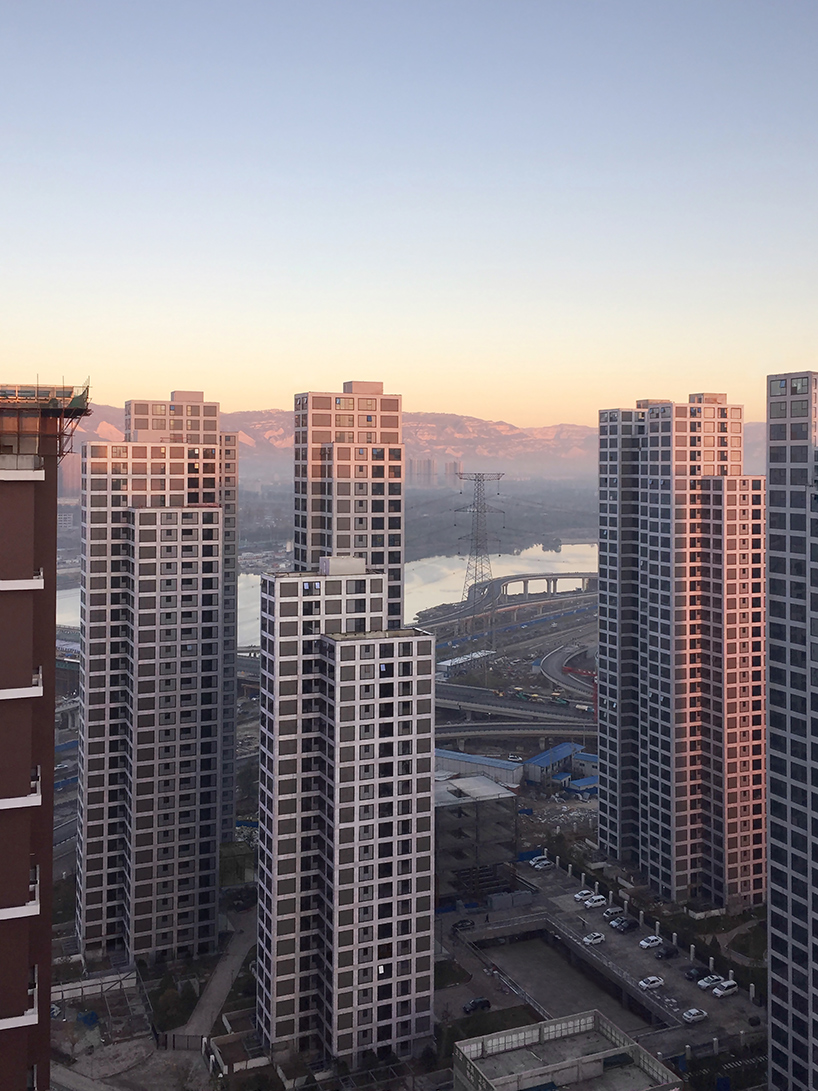 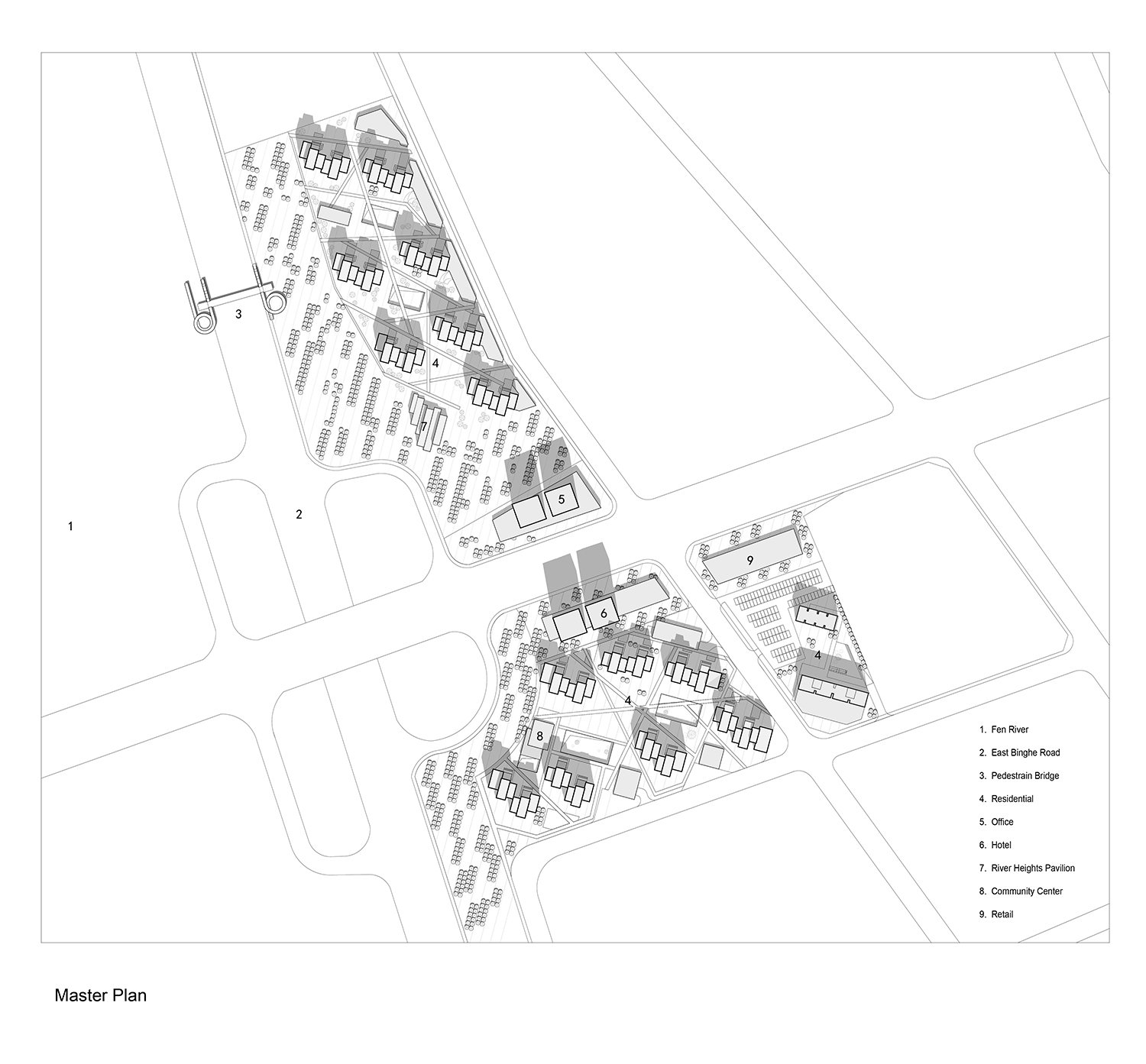 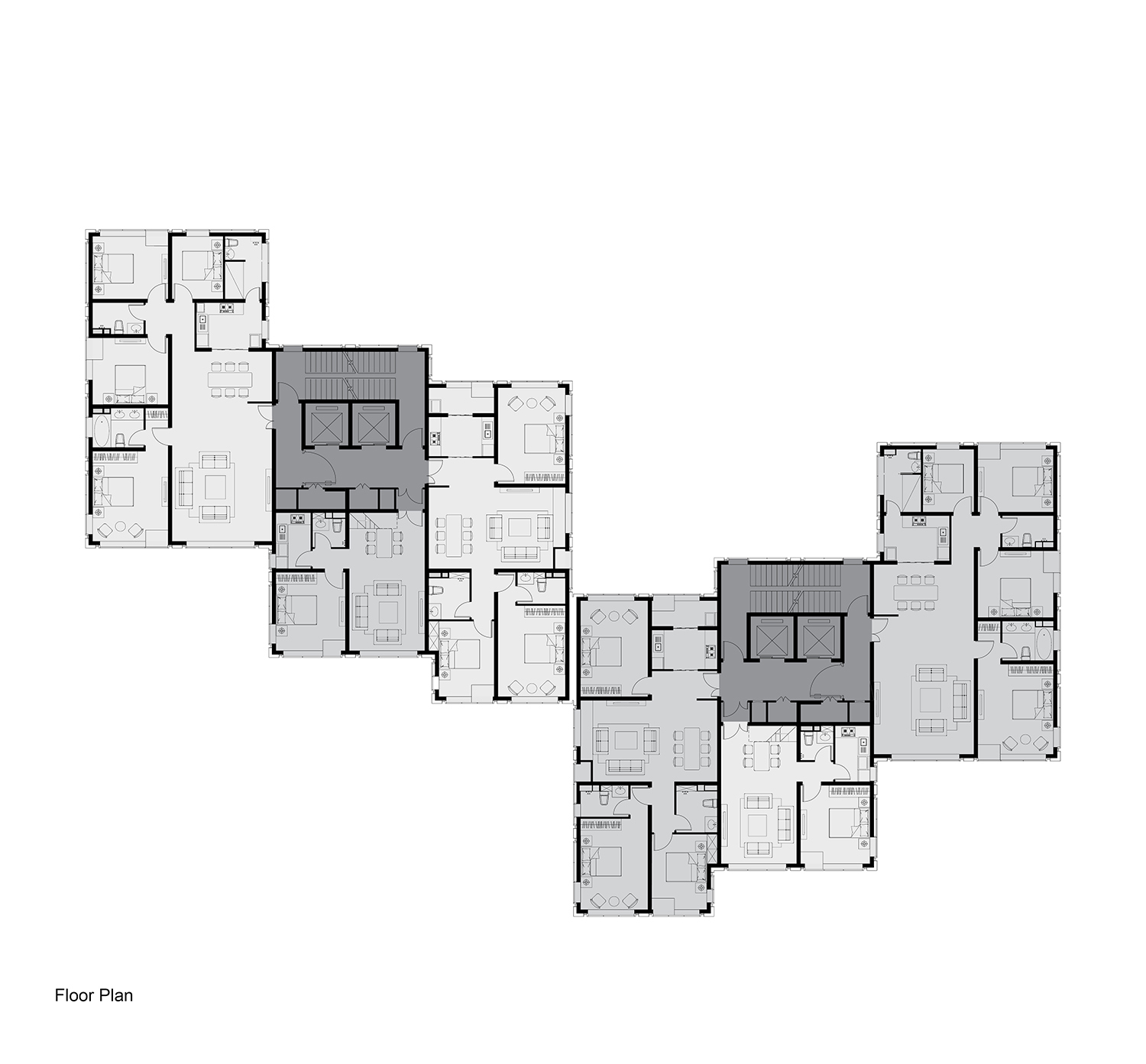 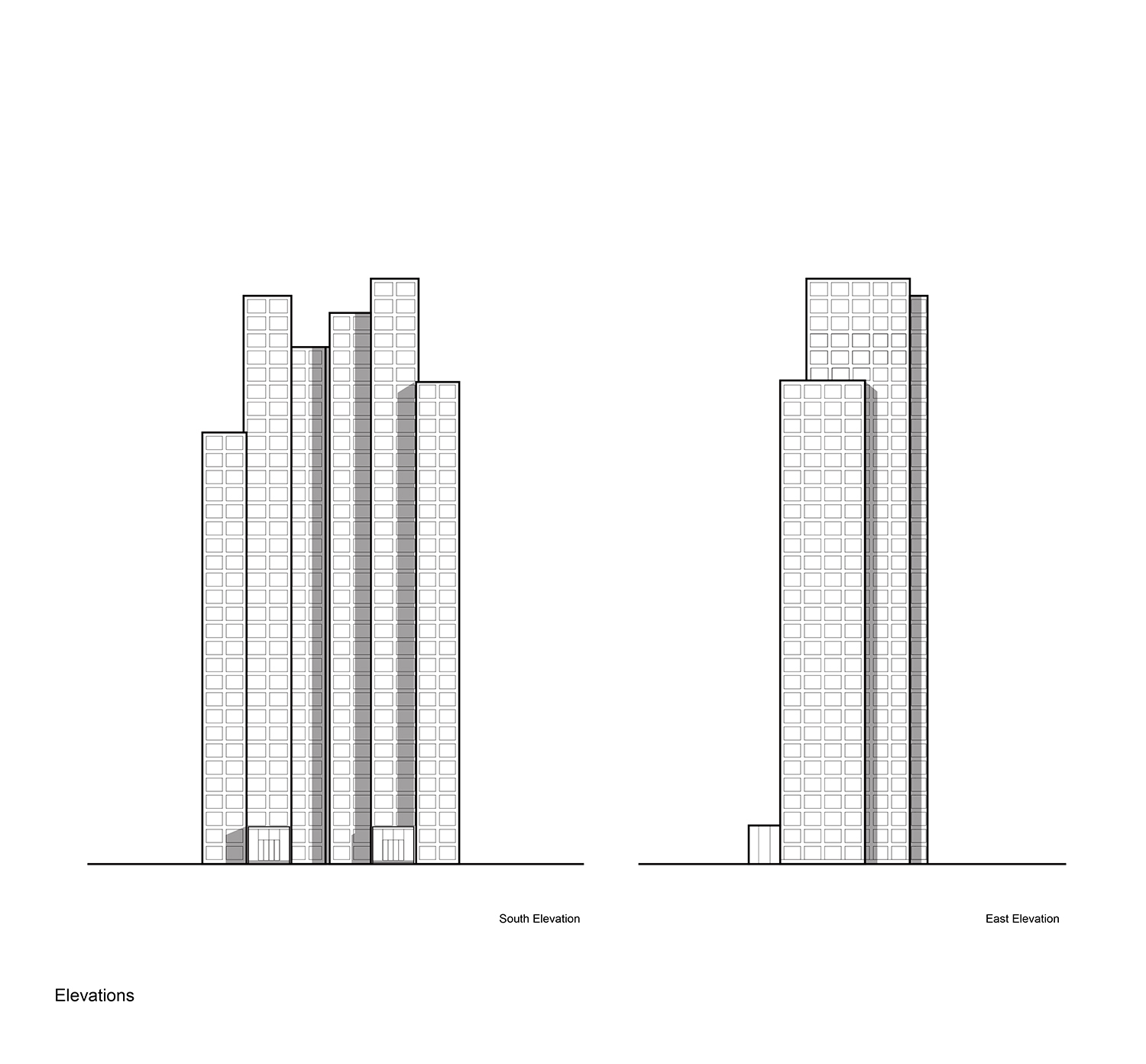 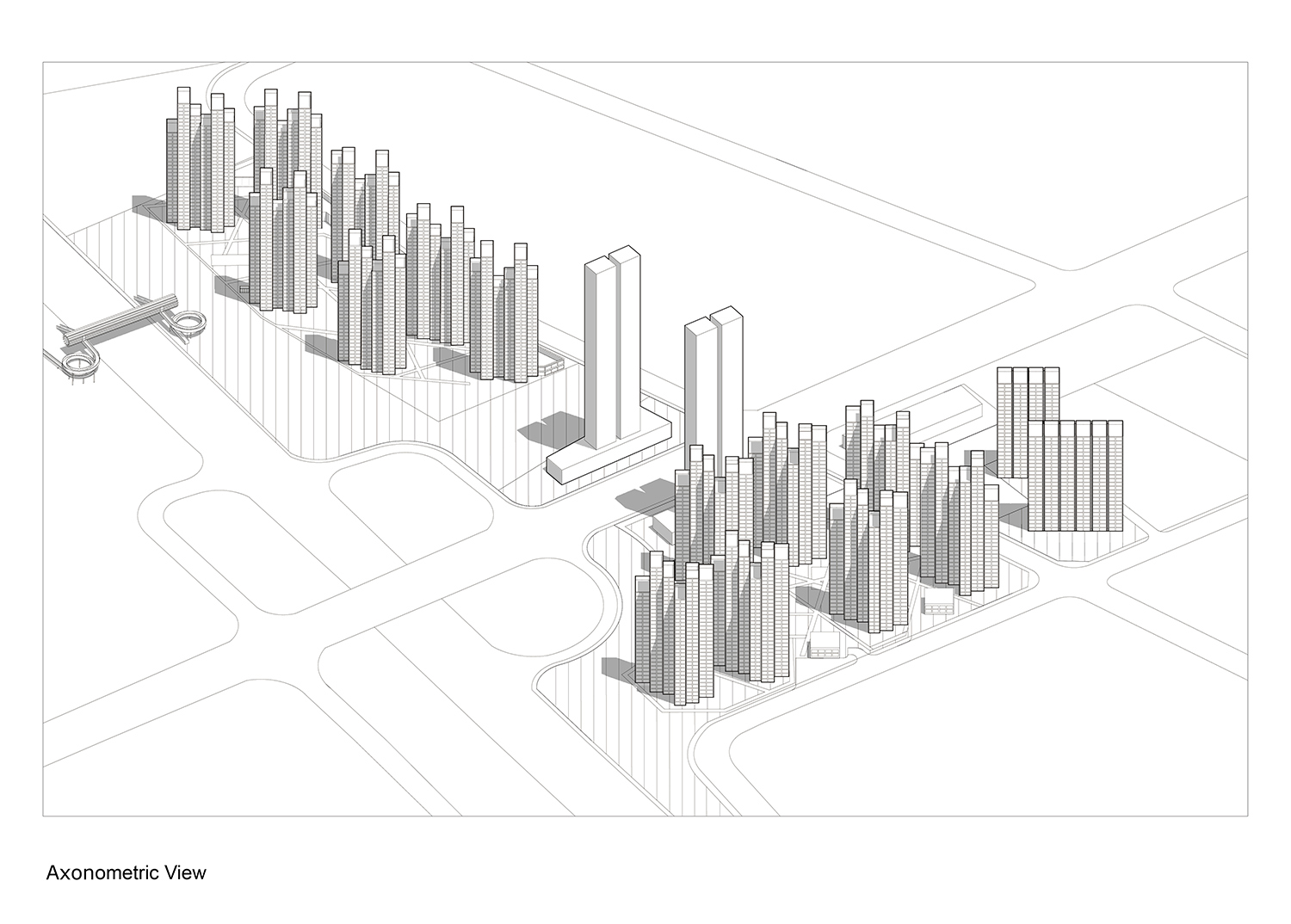