‘sant miquel special education school’ by barcelona-based pepe gascón arquitectura is an educational center which prepares students between the ages of 16 and 20 for employment in barcelona, spain. a new transparent structure of slender ribs merges with an existing structure once used as stables, visually fusing with the historical context while offering pupils encouragement to integrate with the social fabric. original openings have been retained and bricked over while new square windows have been introduced for a contemporary appearance.

the addition consists of a base triangular volume to accommodate the irregular site footprint and is abutted with the older rectangular floor plates. a courtyard carries light and ventilation into the basement level. internal circulation and meeting zones have an urban backdrop, framed by the black structural elements. 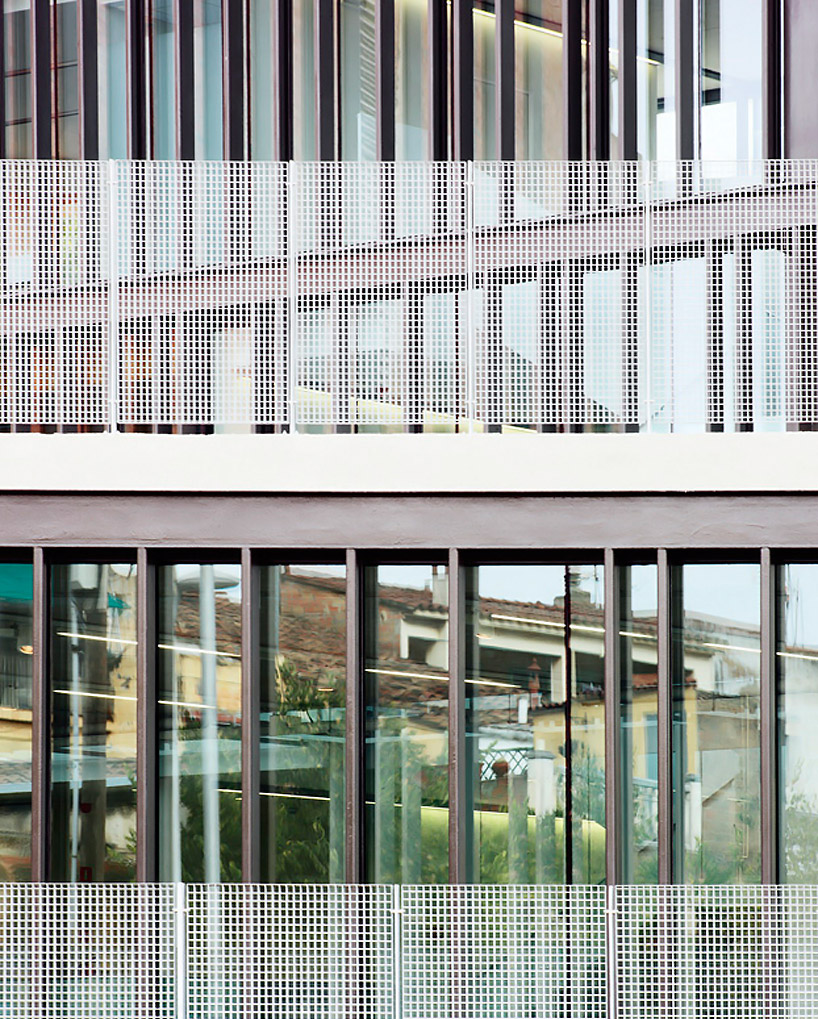 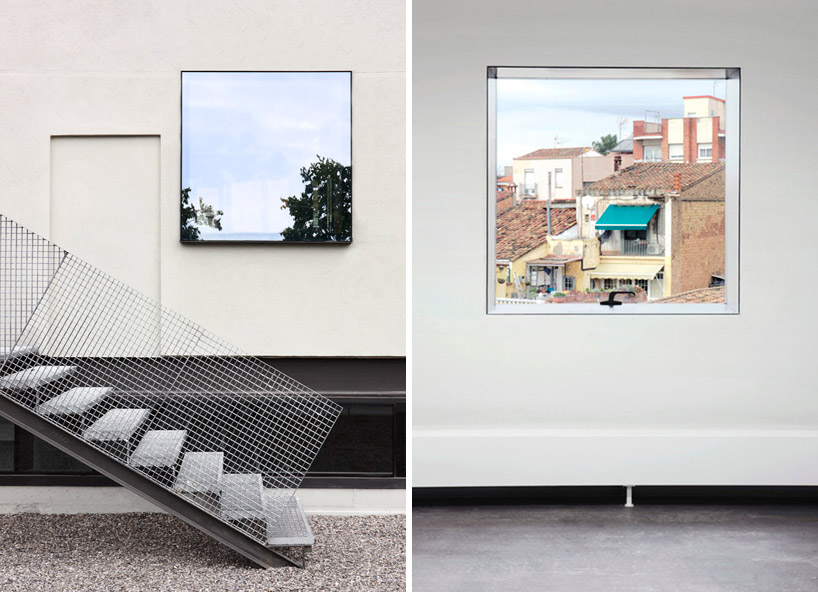 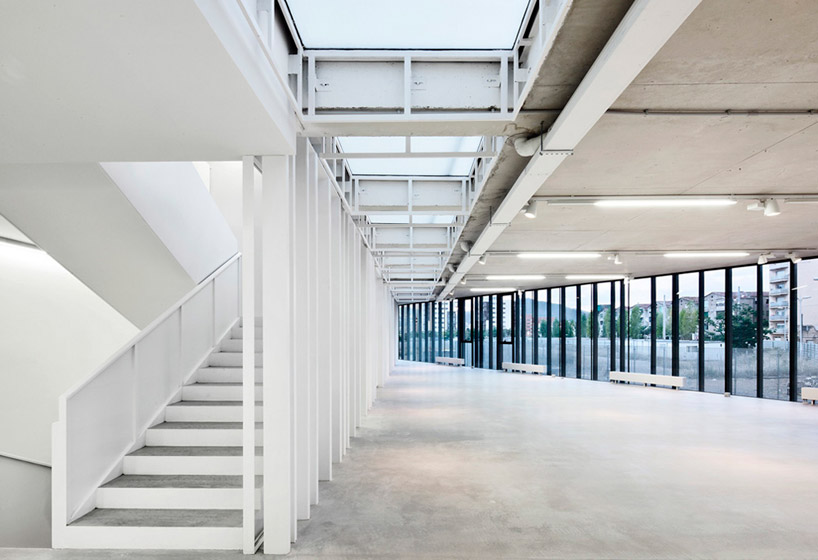 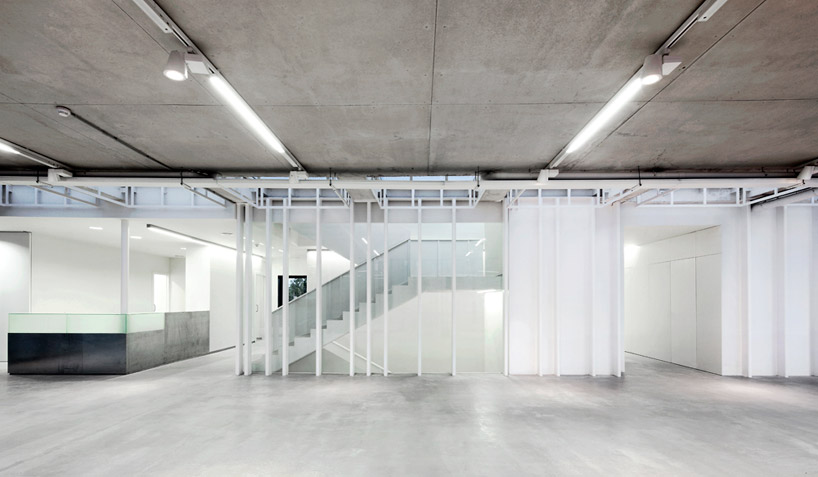 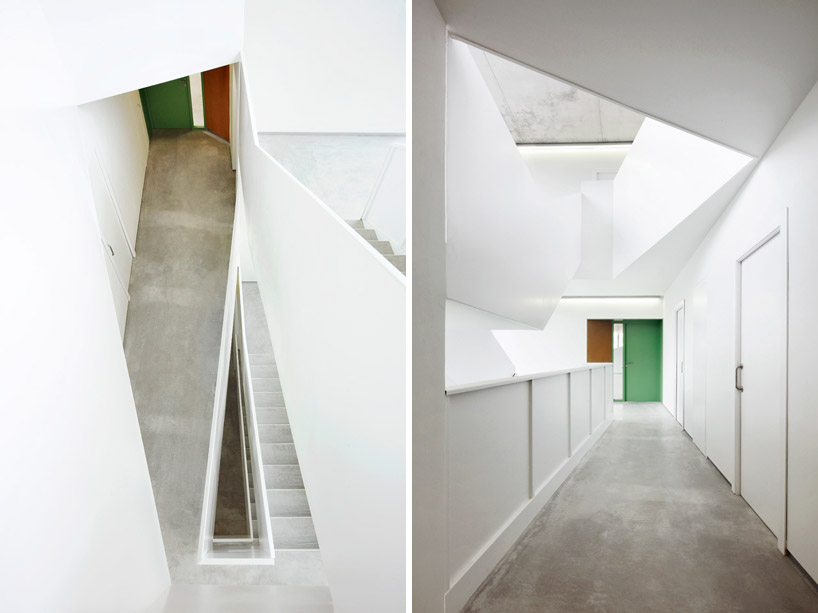 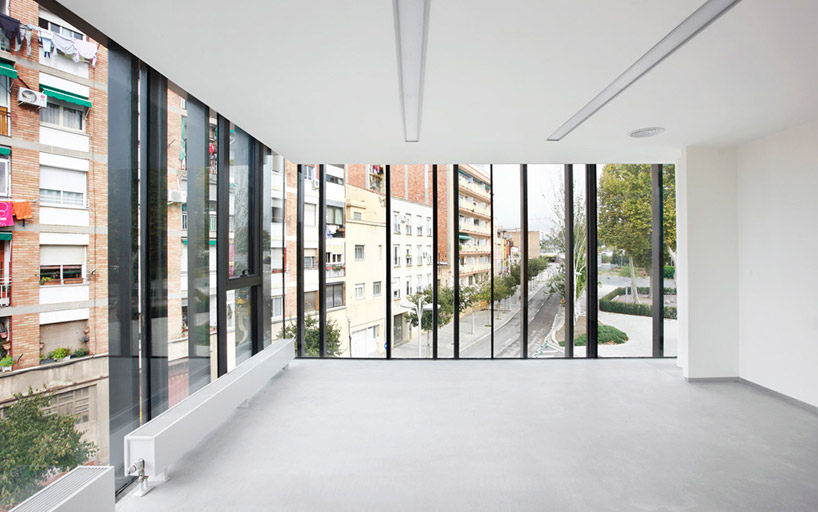 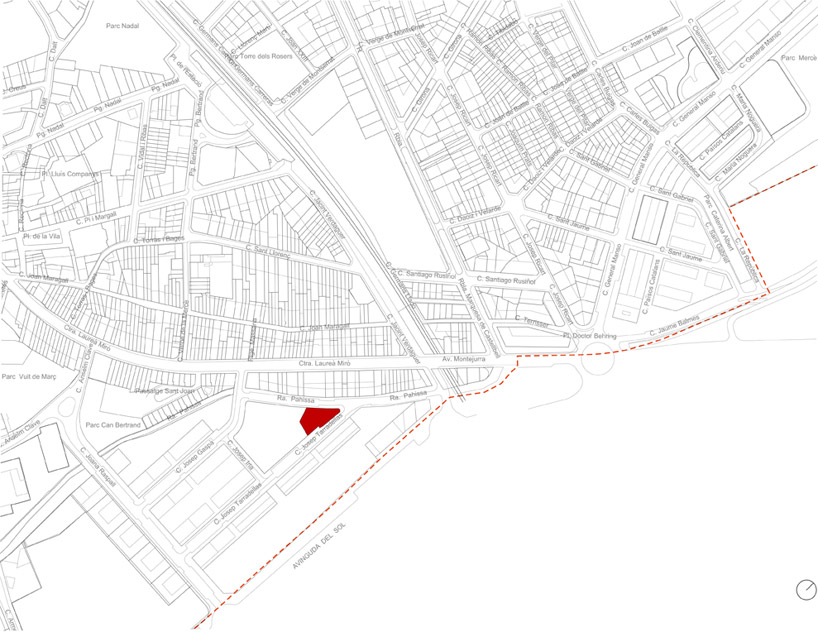 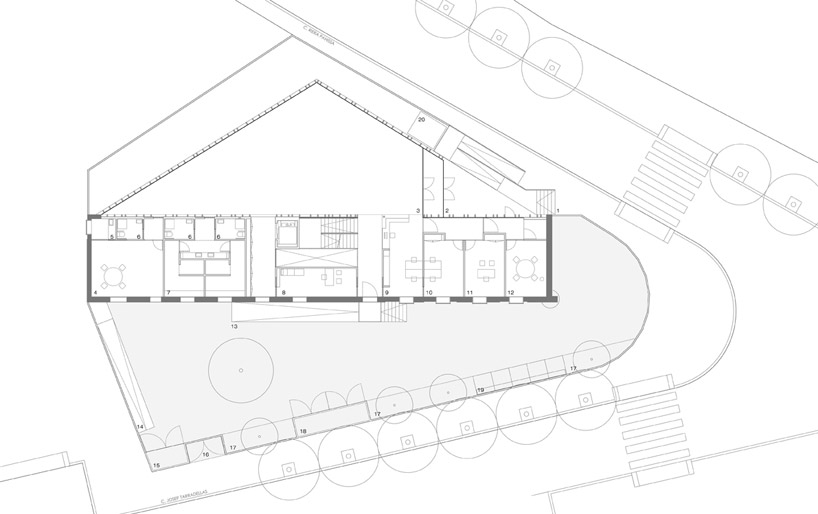 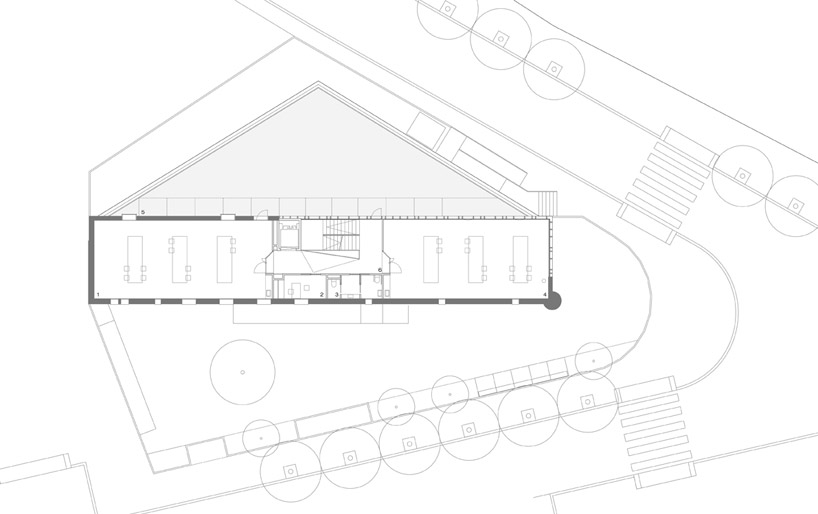 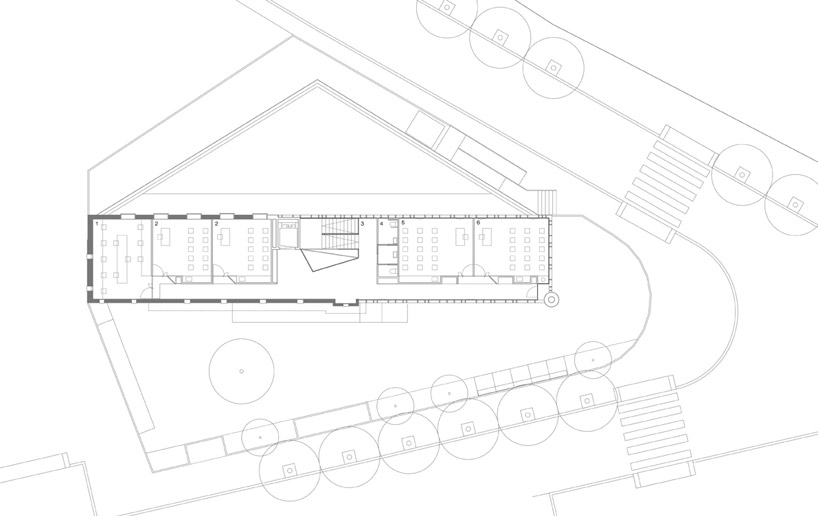 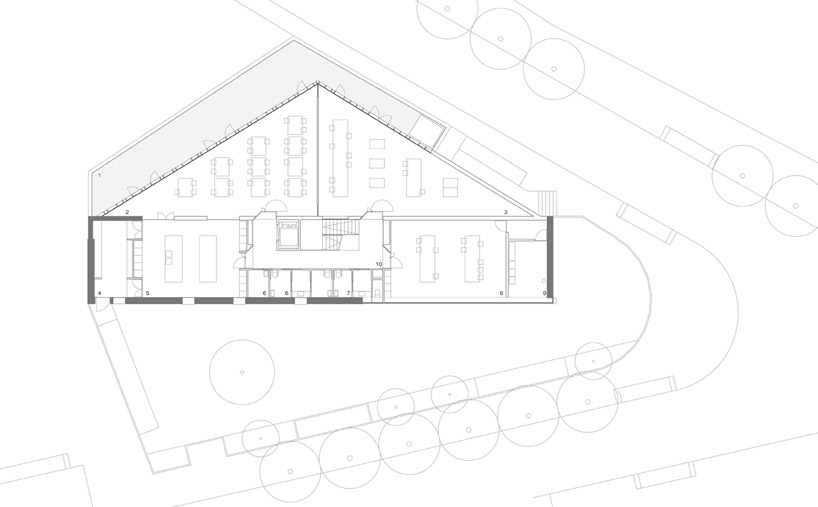 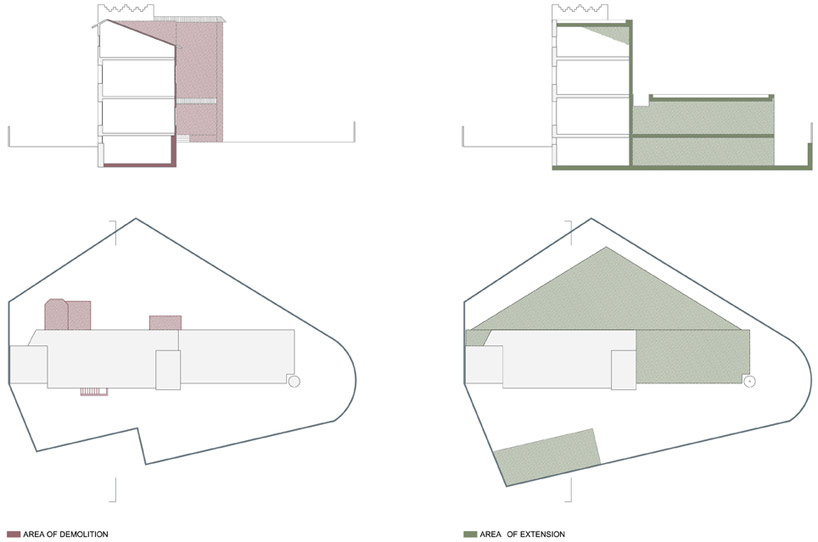 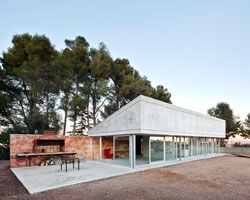 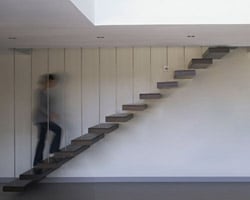