global architecture firm perkins + will has completed a state-of-the-art research center in seattle’s south lake union neighborhood. the 270,000 square foot building is home to the allen institute for brain science and the allen institute for cell science. internally, labs, offices and open work spaces are organized as a series of ‘petals’ grouped around a six-storey light-filled atrium. cantilevered into this atrium are glass walled collaboration pods outfitted with soft seating and whiteboards for spontaneous meetings and discussions. 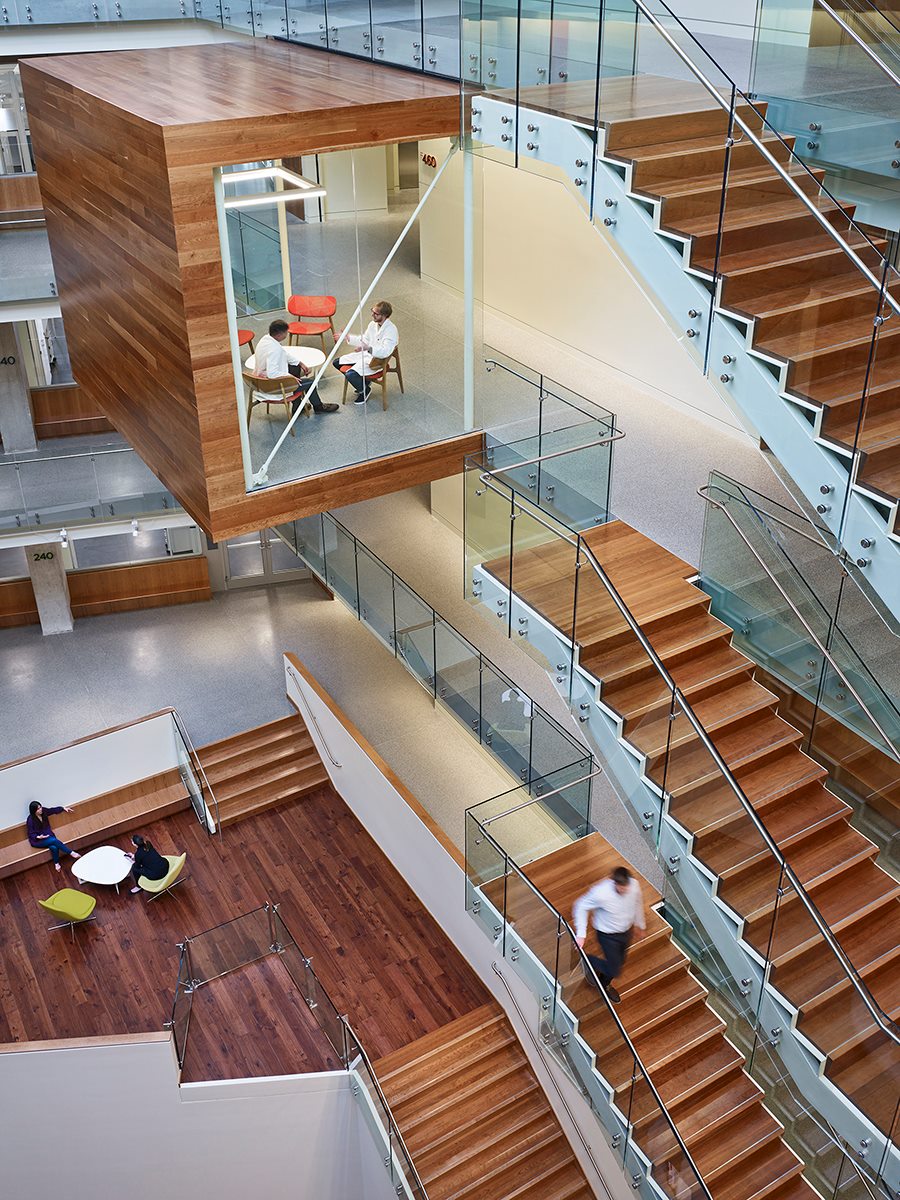 teams at the allen institute will grow during the next several years. currently at nearly 300 full-time employees, the new facility will allow the institute to expand to roughly 500 full-time members of staff. the institute’s growth coincides with expanding scientific goals in brain science and cell science, including the expansion of the new allen cell types database, launched in may 2015, and the creation of the animated cell: a three-dimensional predictive model of cellular behavior. 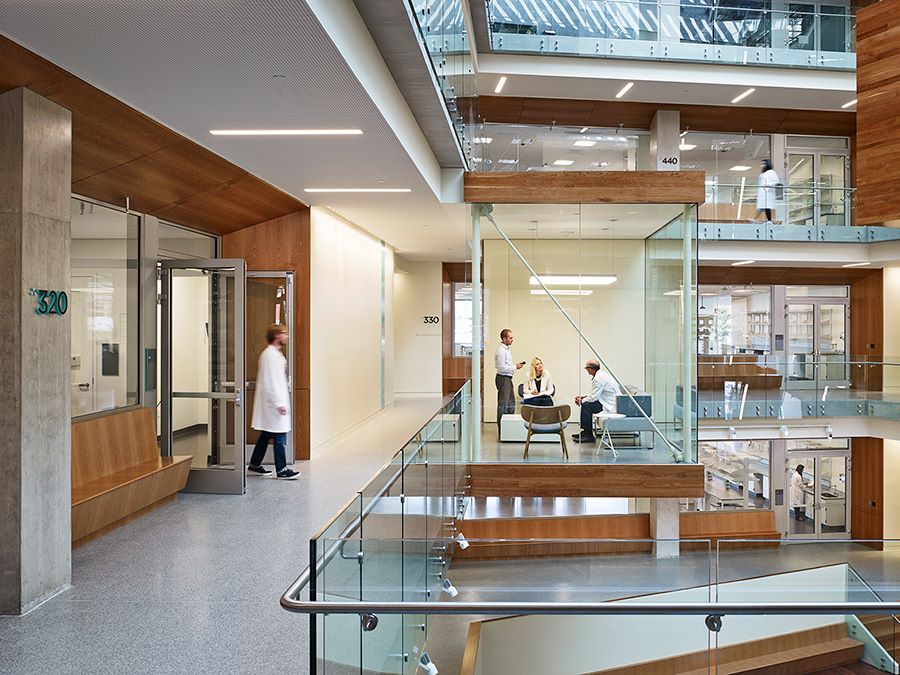 the rooms allow for spontaneous meetings and discussions

‘twelve years ago, we began as a small office building with big ambitions to understand how the brain works,’ said paul. g. allen, philanthropist and founder of the allen institute. ‘we started by building a map of the locations where all the genes in the mouse brain are expressed –something that had never been done before– and since then, our scientific goals have expanded dramatically. the move to this new, state-of-the-art complex is the next step in our effort to make an even larger global impact on research into the brain. I’m incredibly excited for what lies ahead at the allen institute and proud of the ground-breaking work being done by our growing and dedicated team.’ 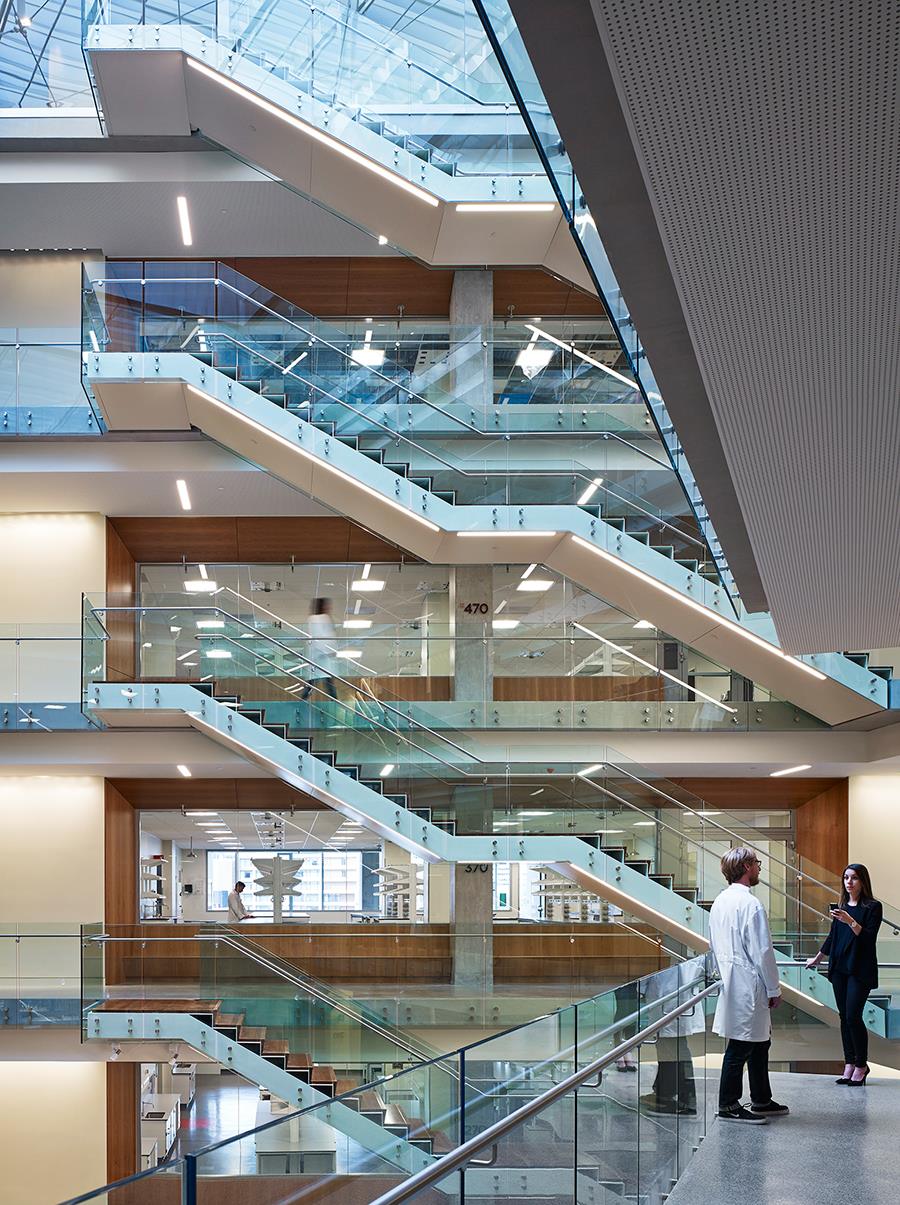 the program is arranged around a six-storey atrium

‘the architecture of this building reflects who we are as an organization,’ added allan jones, ph.d., chief executive officer of the allen institute. ‘our unique operating model of team science, big science and open science combines the best qualities from the worlds of academia and biotech, using goals and milestones to ensure that our scientific investigations turn into useful resources for scientists around the world. the atmosphere in this building encourages the kind of cross-disciplinary interaction and collaboration that is integral to our success as an organization.‘ 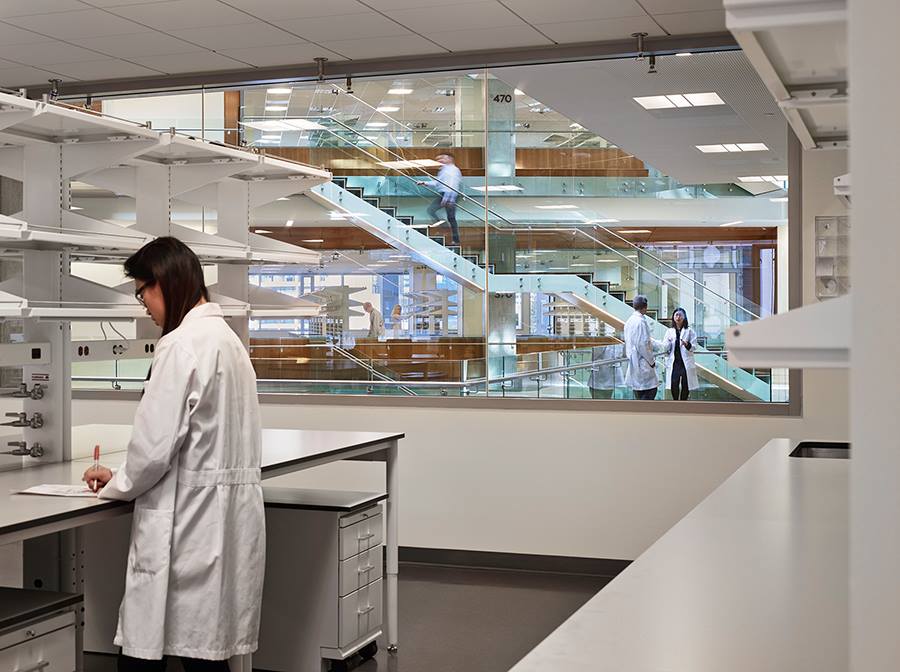 labs, offices, and open work spaces are organized as a series of ‘petals’

the building features a data center and an educational complex on the top floor, as well as an electron microscopy area at ground level. the complex also houses 9,000 square feet (840 square meters) of retail space and two levels of subterranean parking. 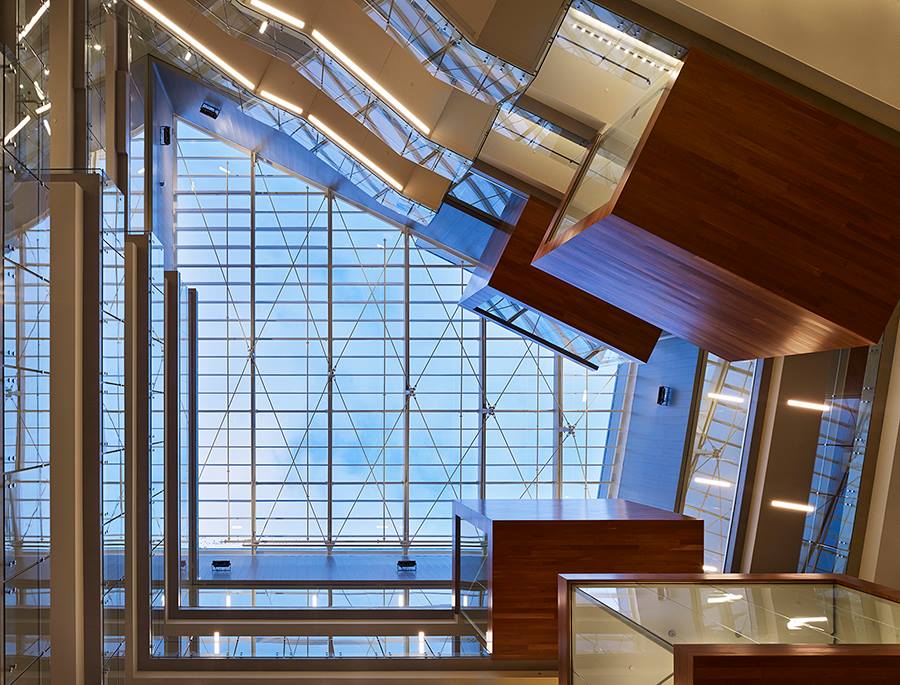 light enters through the glazed roof 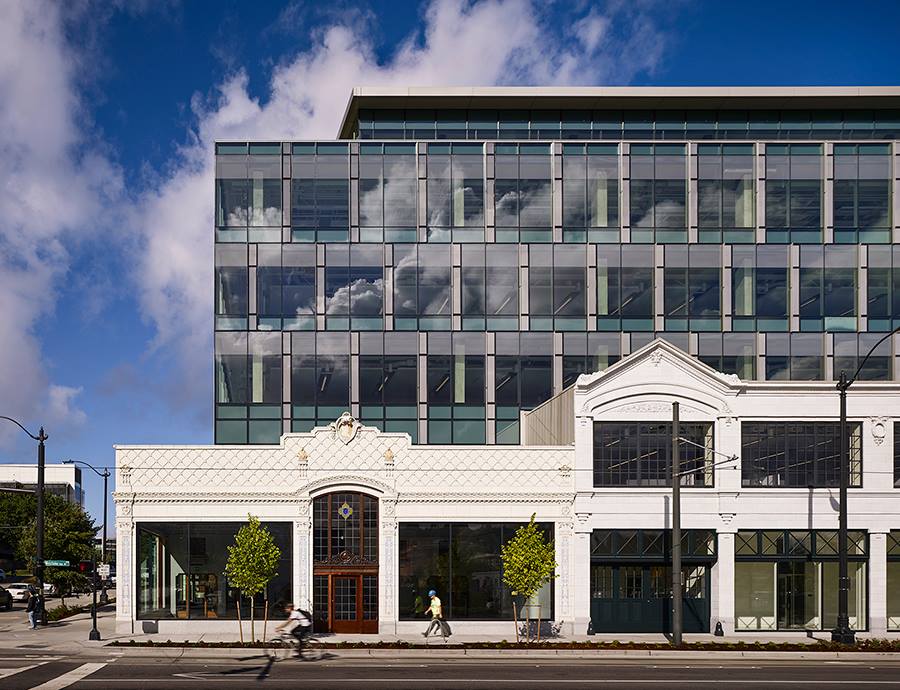 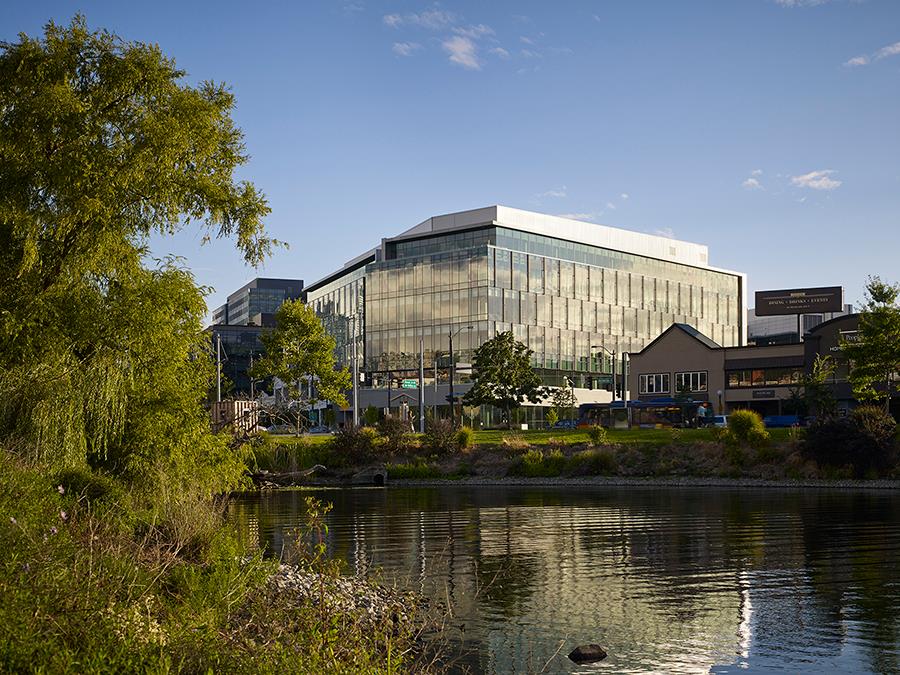 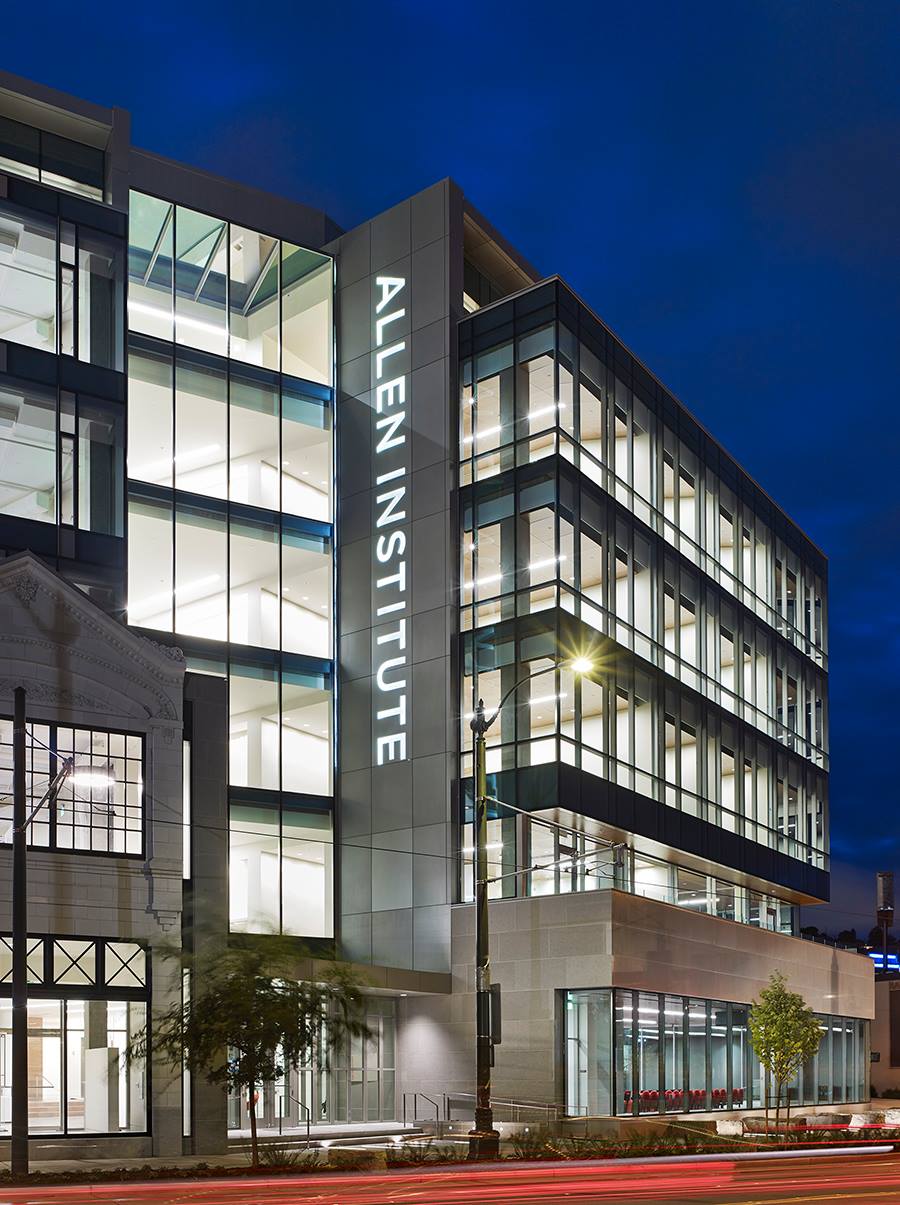 the insitutute is located in seattle’s south lake union neighborhood 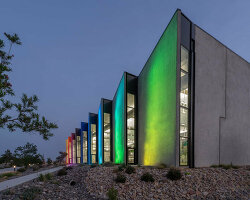 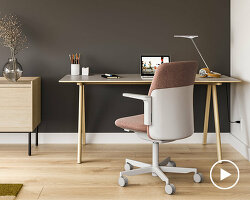 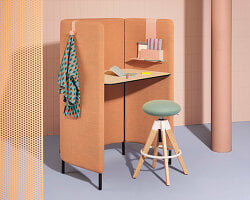 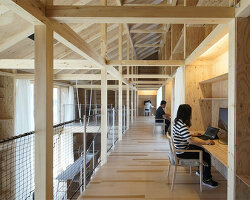