the east urbanization in montevideo has been spreading from ciudad de la costa up to the canelones’ seashore, converting summer resorts into residential areas. such transformations have been gradually changing its landscape, into a crossover between the city and its coast, the urban and suburban. to consider a house in this environment implies working in this duality between permanent and temporary inhabiting. this condition intensifies when considering that the site — the foundations — is located in one of the least residential areas of the summer resort. a wild piece of land on a recently urbanized area. 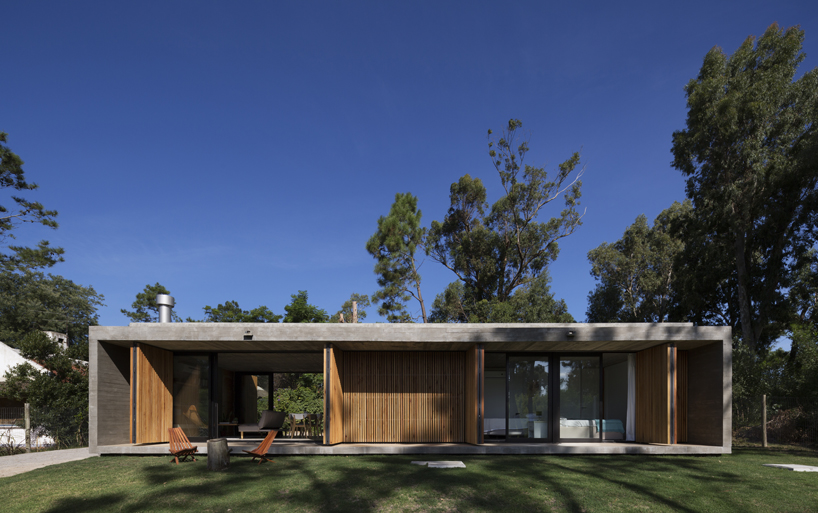 despite its known antagonism, nature and artifice are complementary words. they are defined by its contrasts and they reinforce each other in its mutual presence. the natural landscape emerges in contrast with the geometry of the construction, and uruguayan based studio MASA arquitectos‘ ‘marindia house’ seems to be more cozy and protective within a rough environment. such concept allows solving this dichotomy, merging both, blurring its edges. the facade behaves as a screen, a veil, which can be widely opened, inviting the outside nature into the artificial interior. 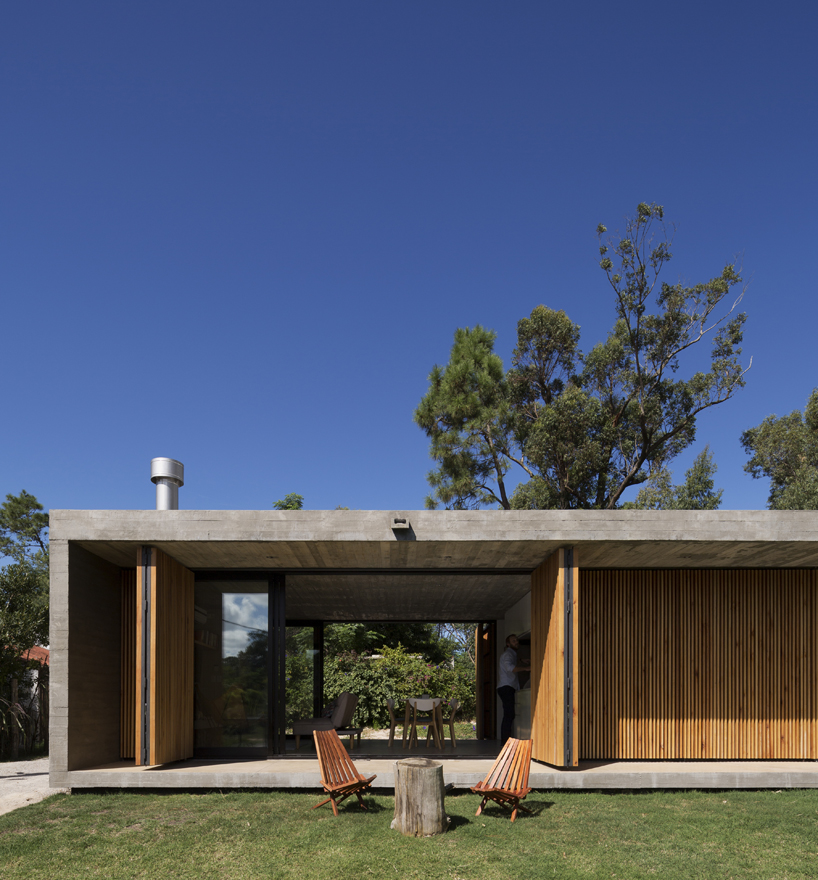 the frontal eave allows a regulation of sunlight from the north

the contemporary life demands more and more availability of technological devices that provide comfort for its customers — air conditioning systems, power lines, home automation. from the conceptual framework this house is conceived to unfold the boundaries of such duality. a rudimentary exterior shell, made from primitive elements with a few aesthetic additions, is defined to contrast its interior technological sophistication. 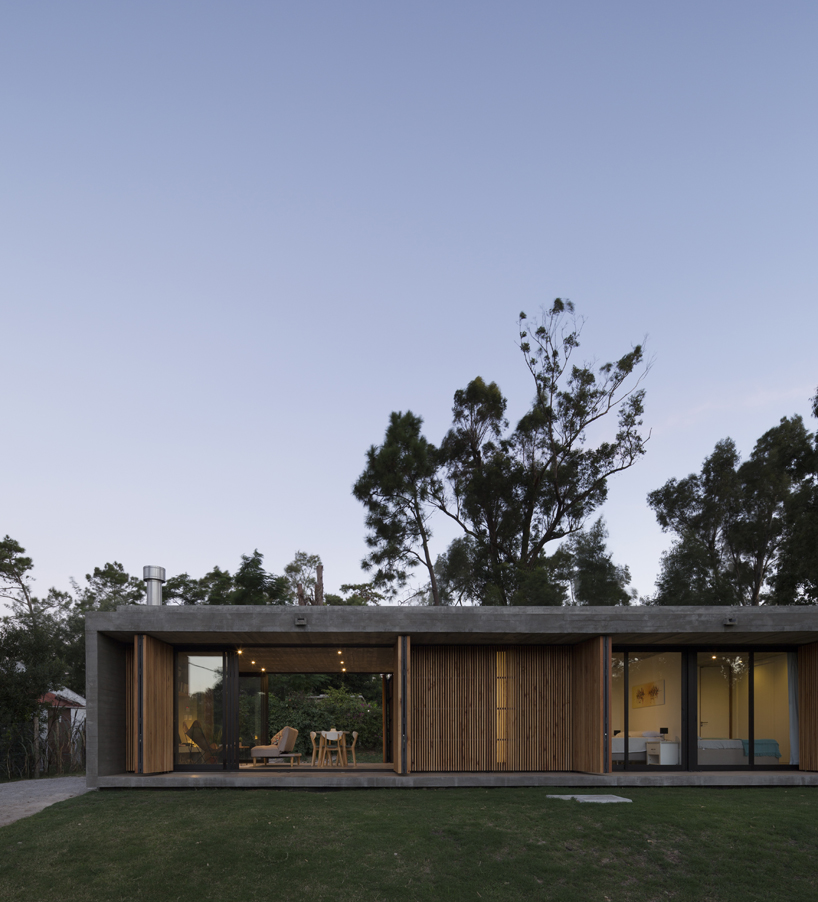 background vegetation can be seen through the house 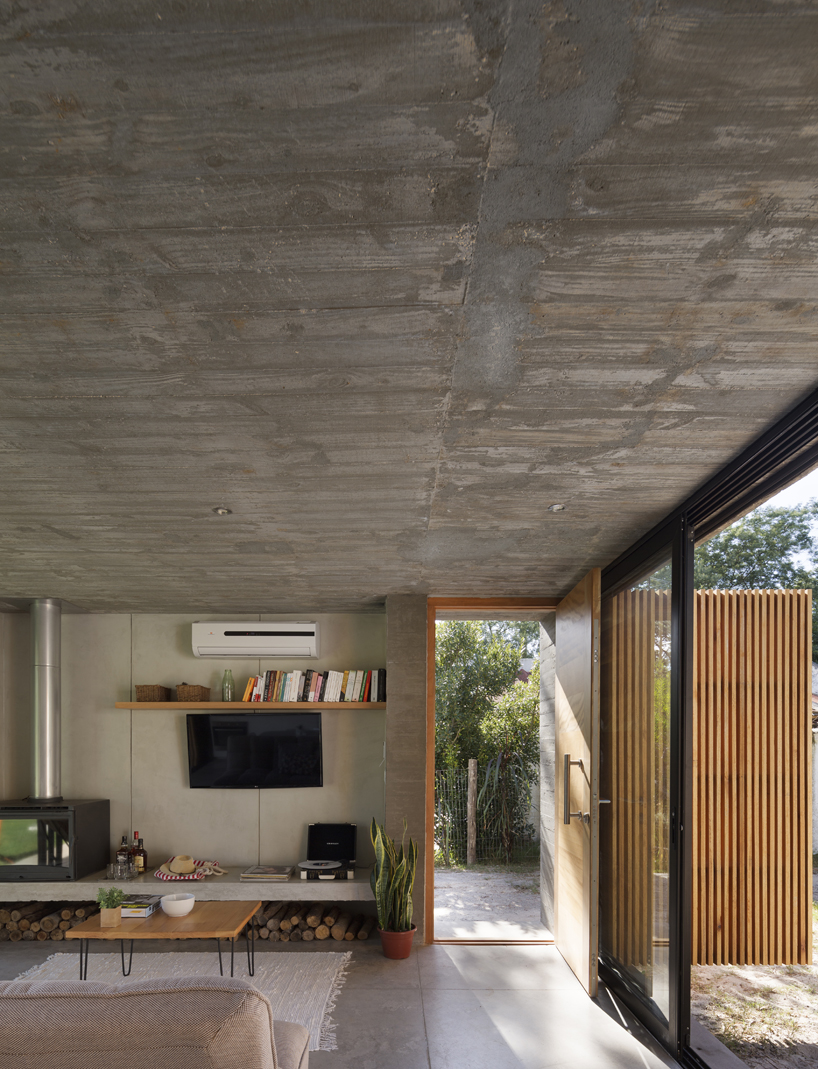 in combination with the windows, the doors allow the house to be fully opened to the surrounding elements 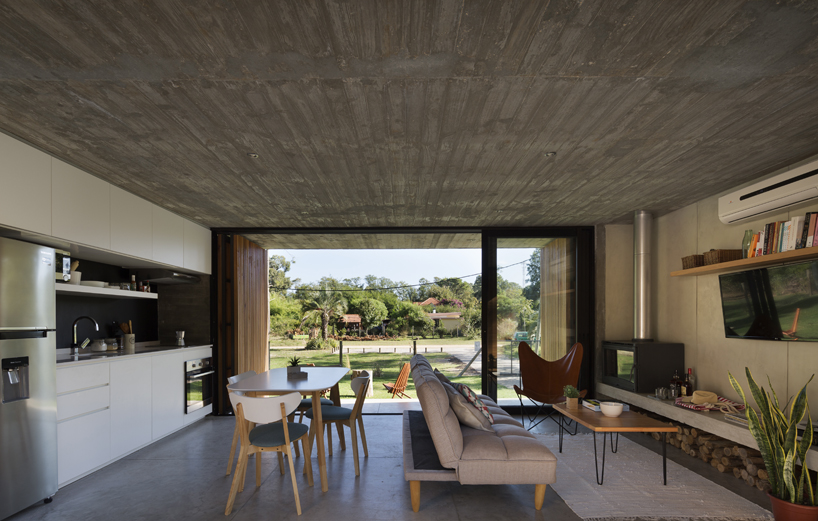 the envelope is a veil, capable of being opened wide, permeating the external nature into the house 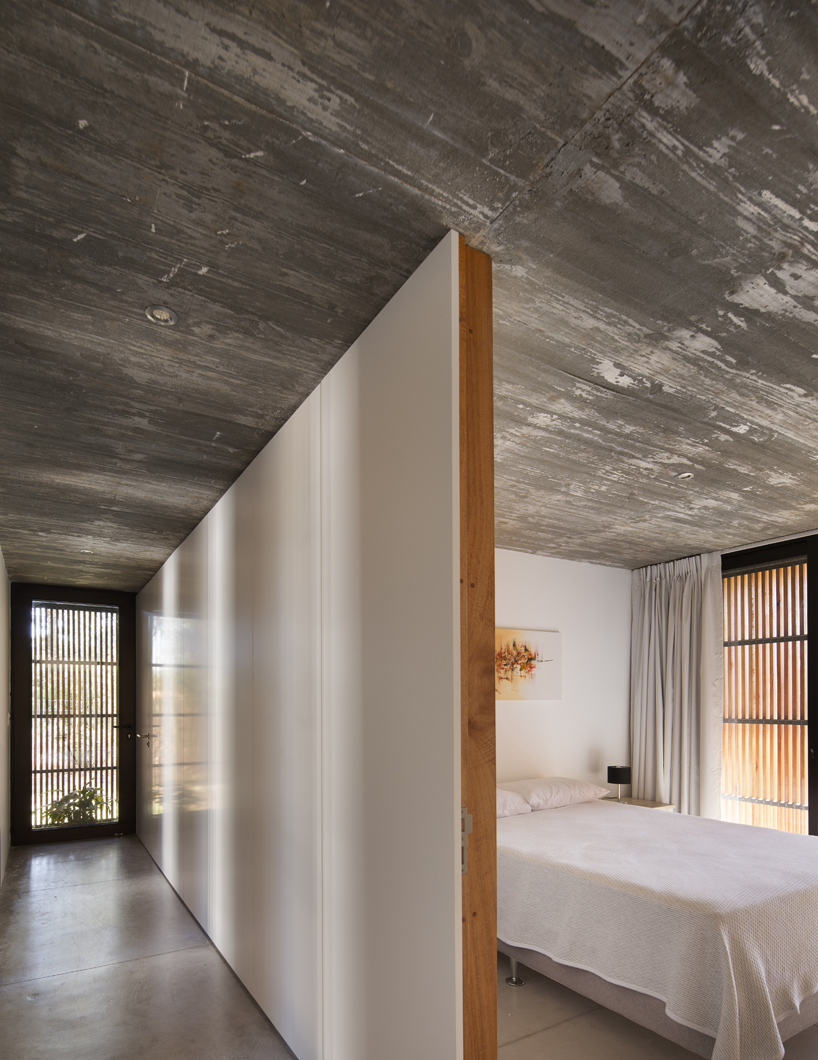 the main bedroom seen from the entry hall 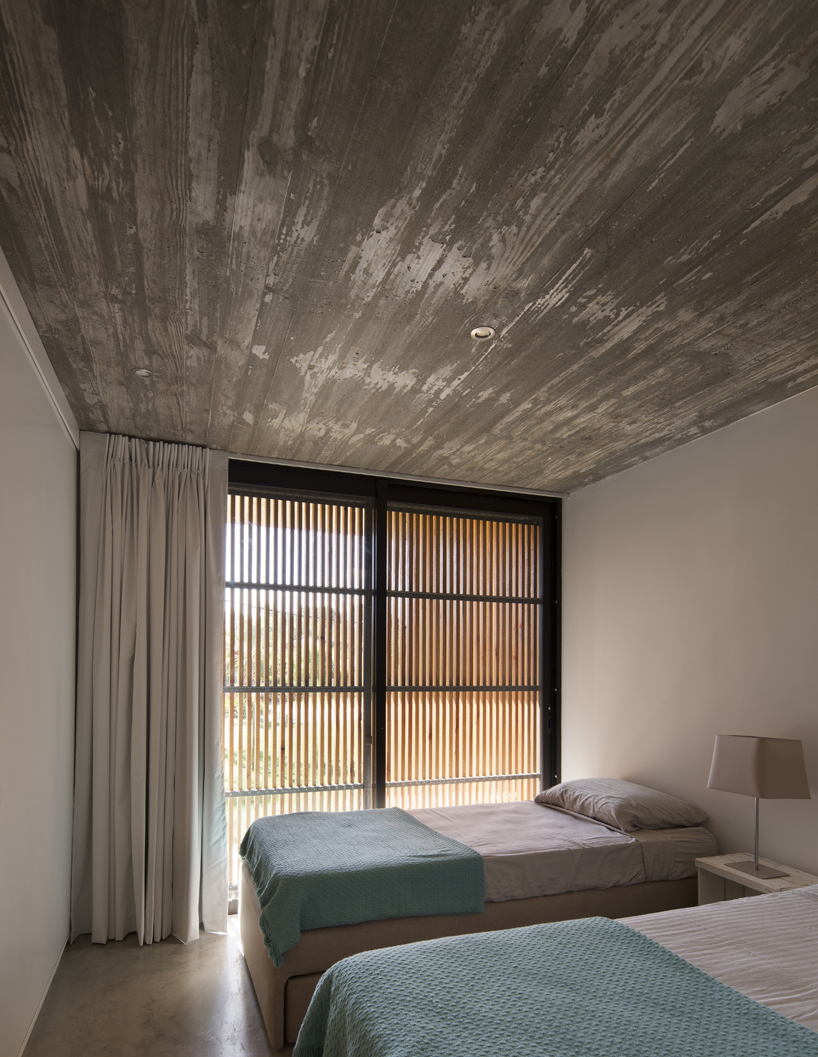 interior view of the secondary bedroom 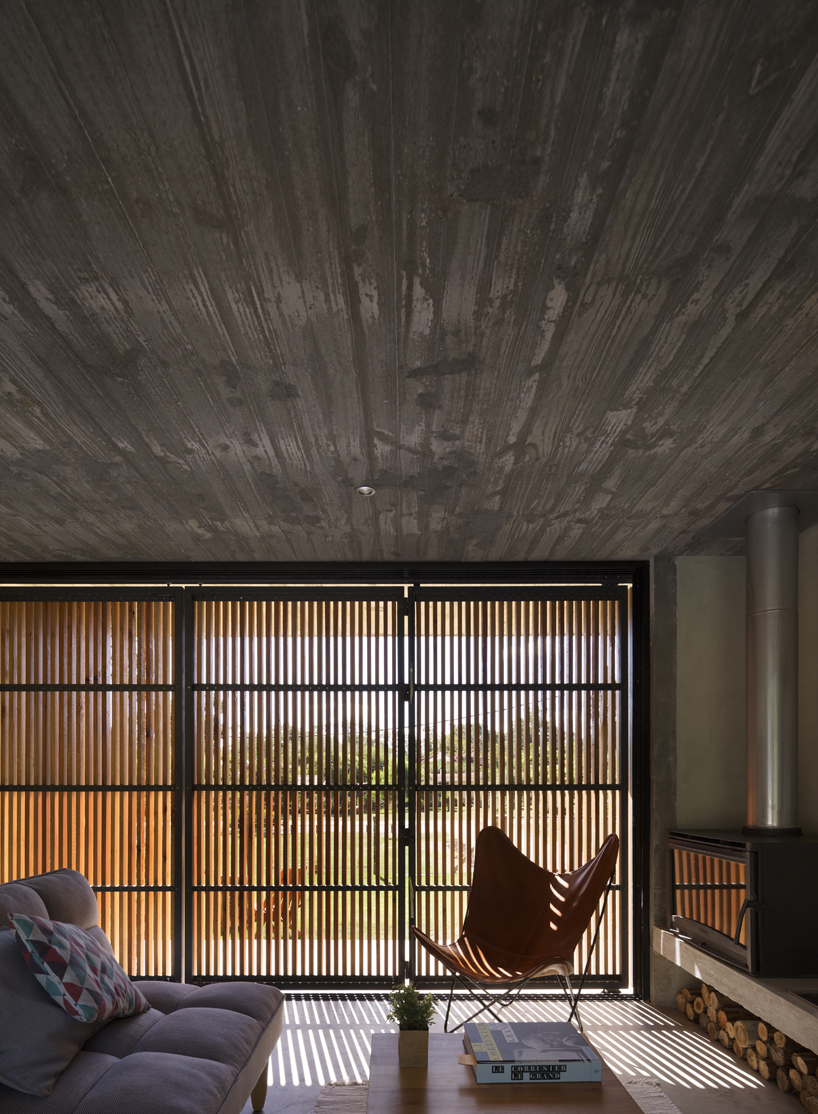 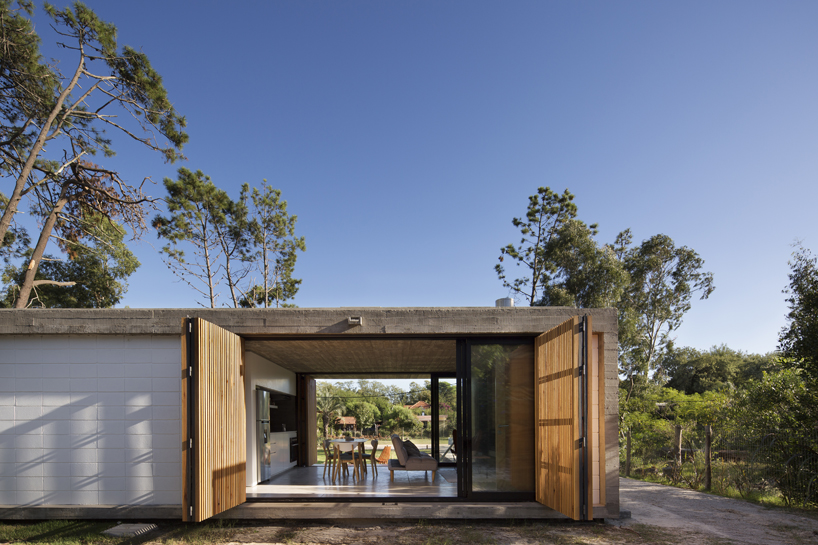 the living space can be widely open to the backyard, connecting the front and the back of the house

the rear facade is partially closed to the south 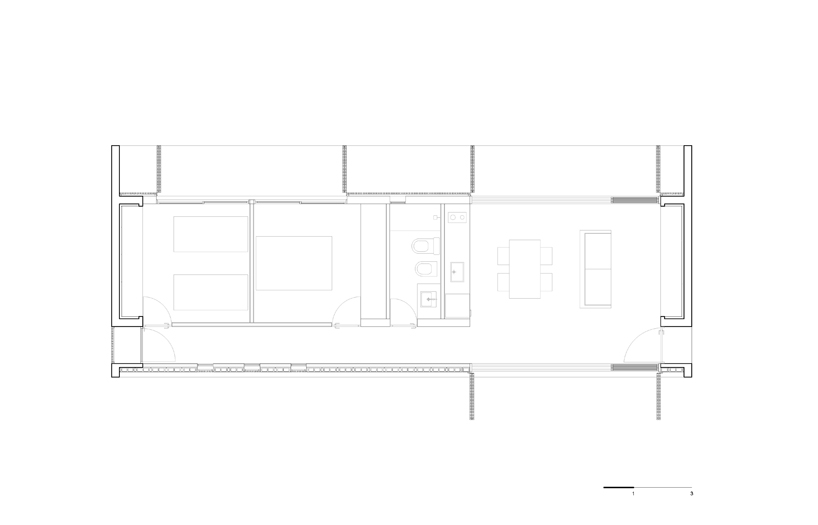 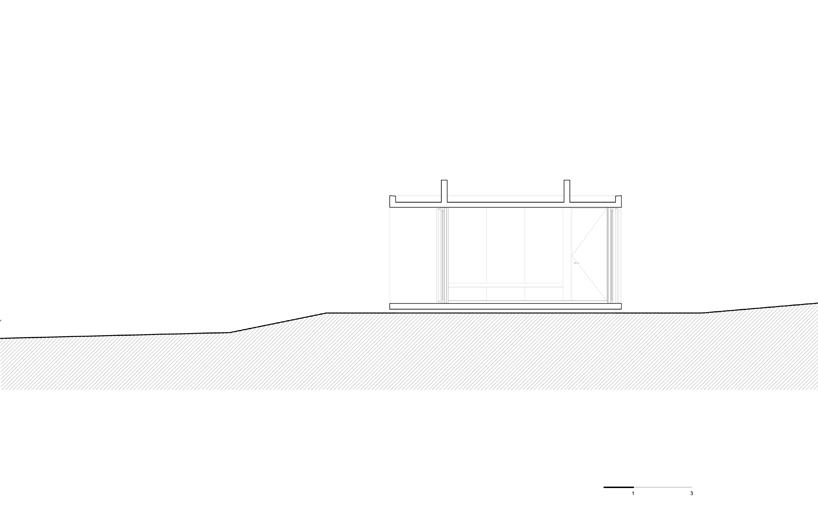 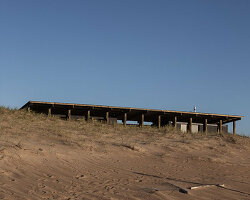 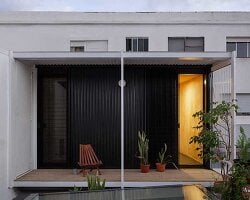 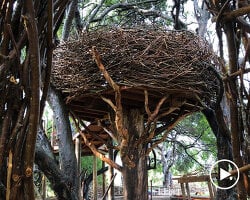 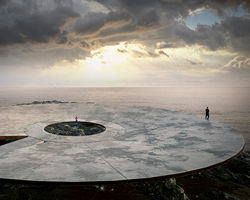 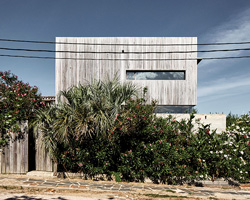