nestled into the wildflowers and grassy fields of martha’s vineyard, boston-based peter rose and partners has sought to embed ‘east house’ into its natural landscape. characterized by a series of concrete volumes, the walls are ten-inches thick with spanish cedar window frames orientated to capture its coastal setting. 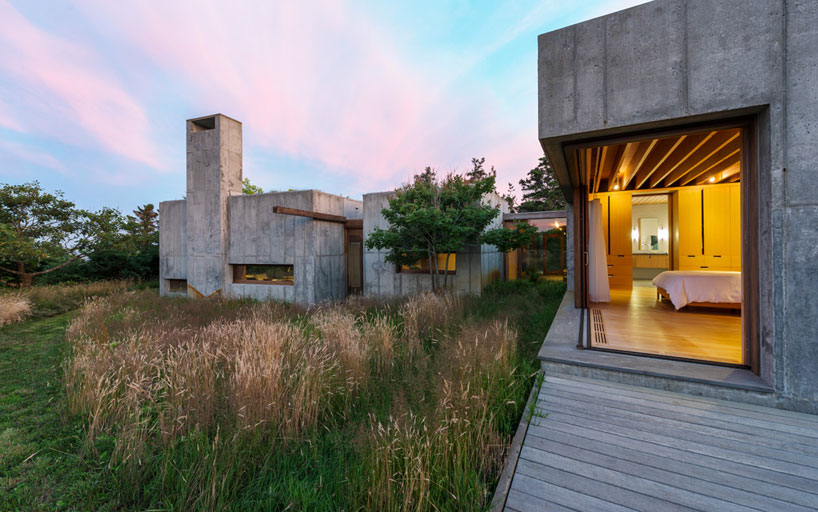 each structural unit can be individually lifted and moved to a location far from the bluff, if erosion should occur

owing to its location, erosion is a possible factor to hit the property. therefore, a strategy has been explored where the floors have been cast in concrete panels– allowing the structural unit to be lifted, with interior finishes in place and moved, in the event of erosion. 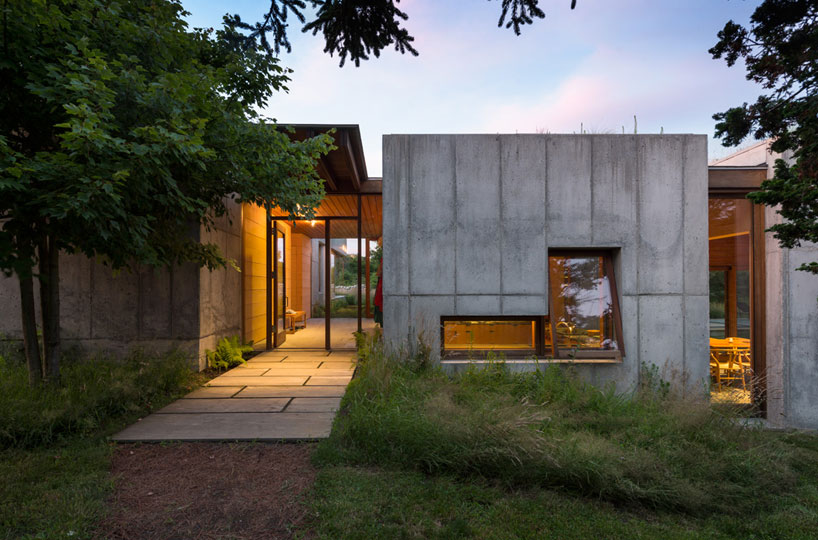 the total area of the property measures at 4,000 square feet

internally, timber such as douglas fir, alaskan cedar have been used as finishes, instilling a warm and cozy atmosphere. though interstitial spaces, each concrete volume is connected and strategic through-views to surrounding greenery directs the inhabitants through the communal areas. with its flat, linear form, greenery has been planted on the roof caps, mitigating water run-off while strengthening the building’s relationship with its landscape. the home has also been installed with operable windows to amplify the sounds of the nearby ocean while bringing a sea breeze into the interior. 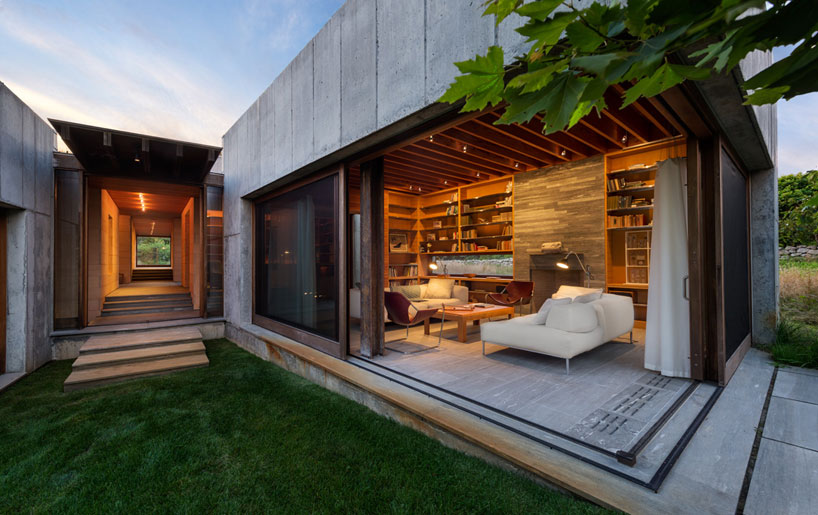 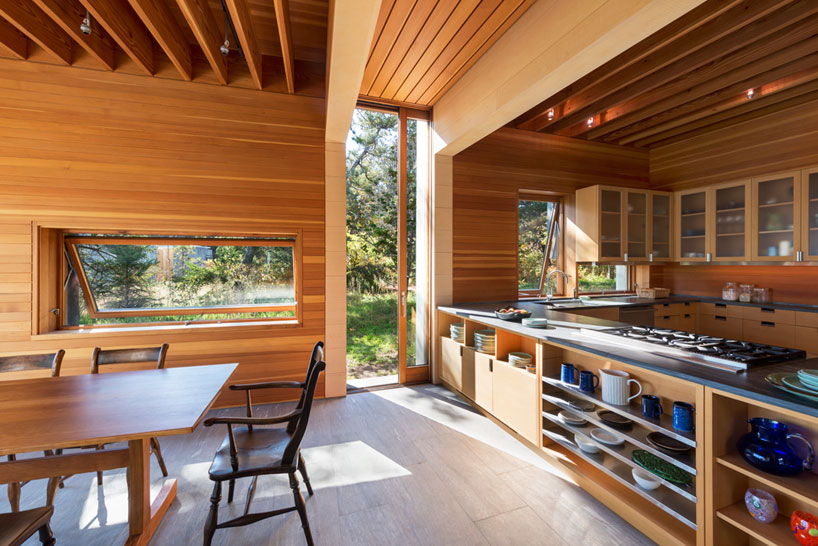 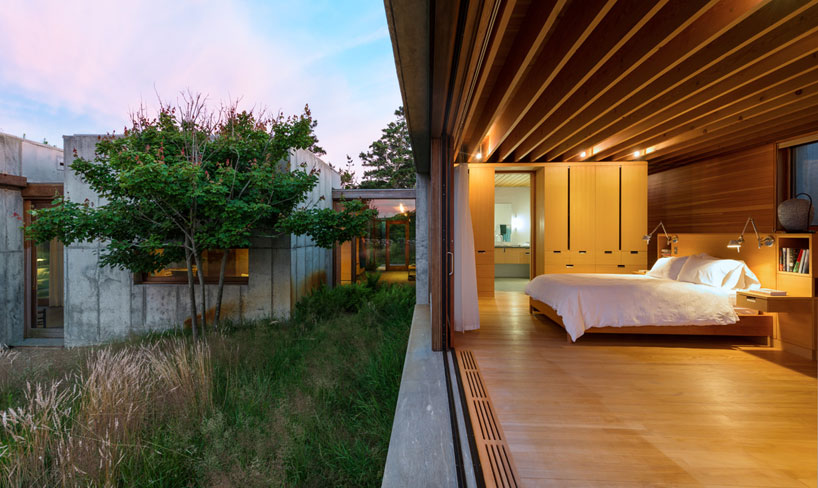 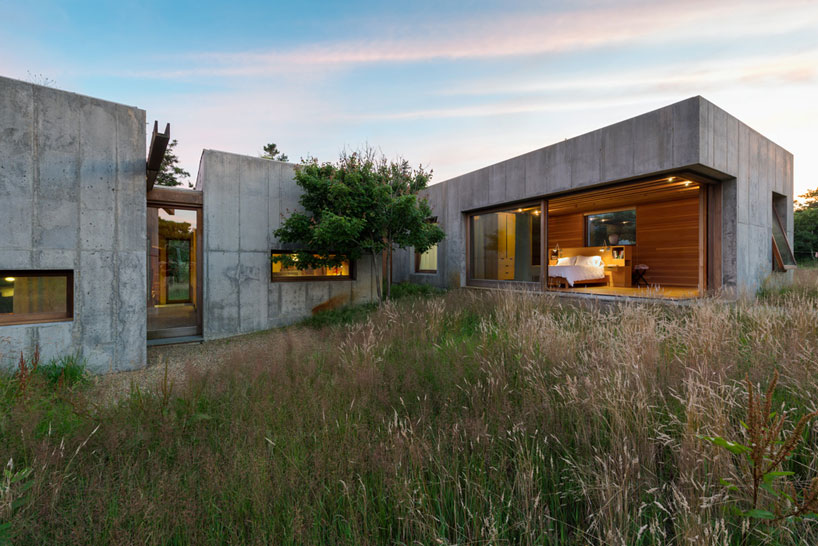 the concrete shell is cantilevered over the landscape, allowing for expanses of glass along five walls 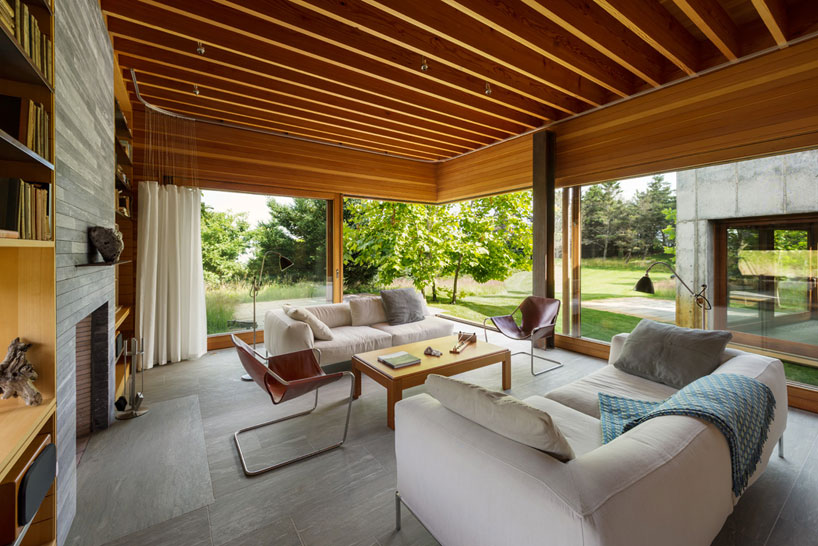 greenery has been planted on the roof caps, mitigating water run-off 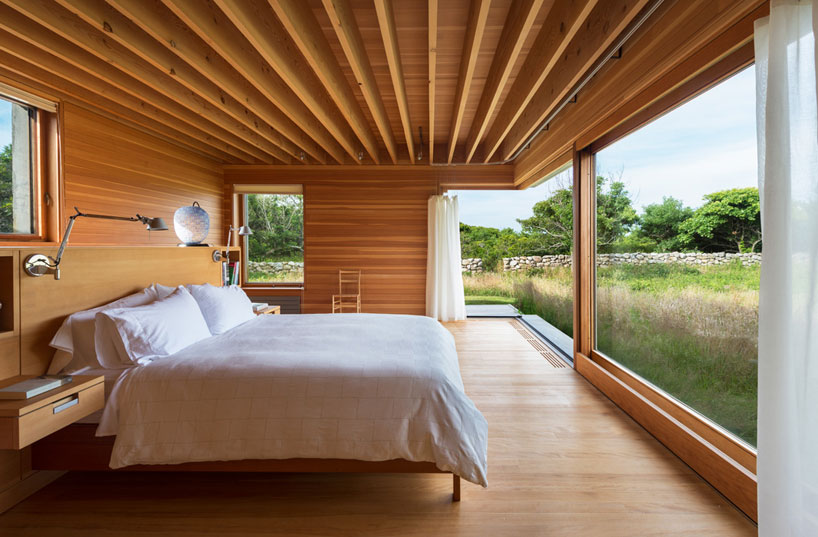 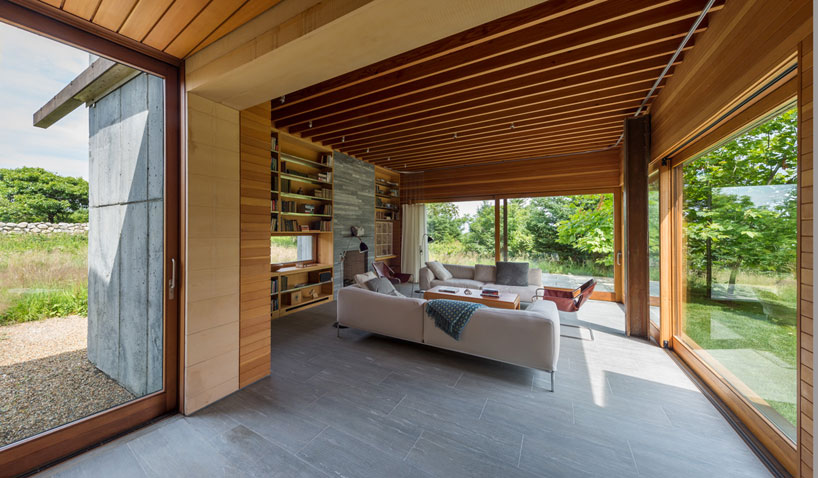 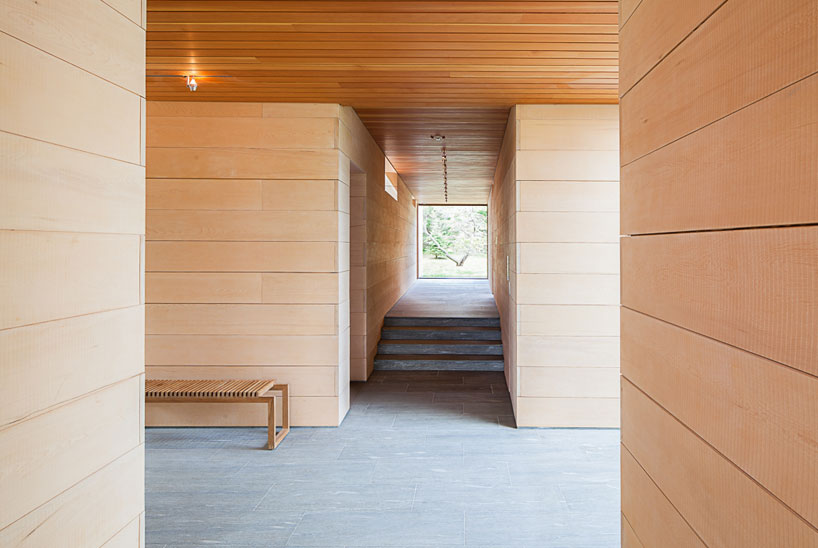 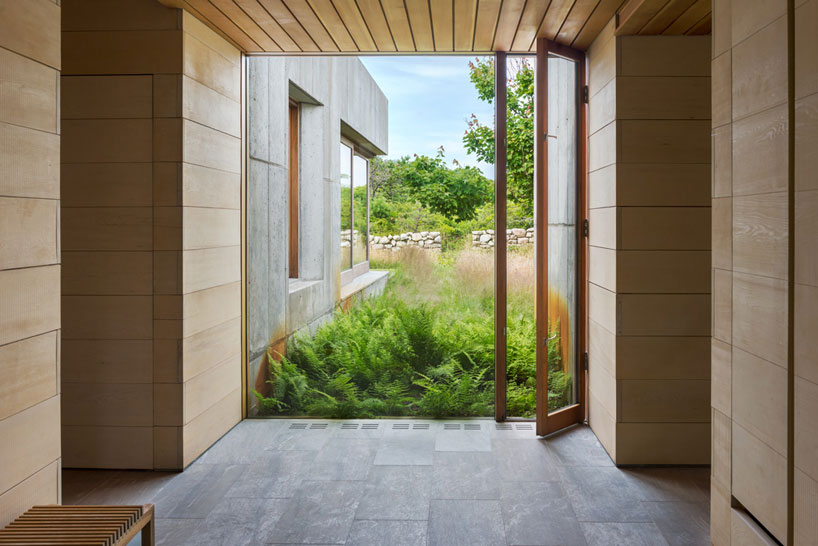 operable windows pull back, and the gap between concrete units amplifies the sound of the ocean 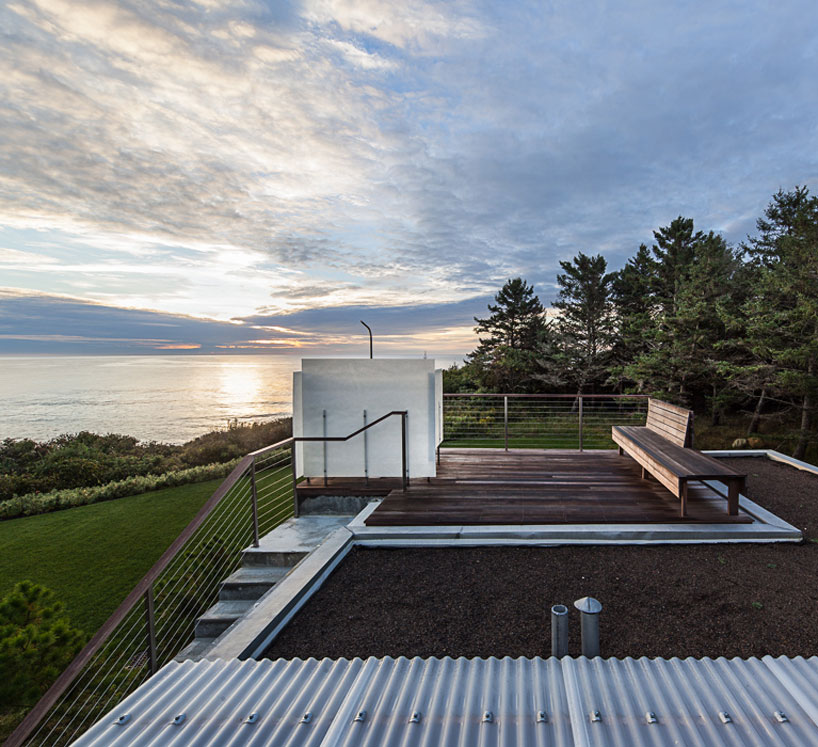 rainwater is collected in the interstitial roofs, directed to a single mahogany flue 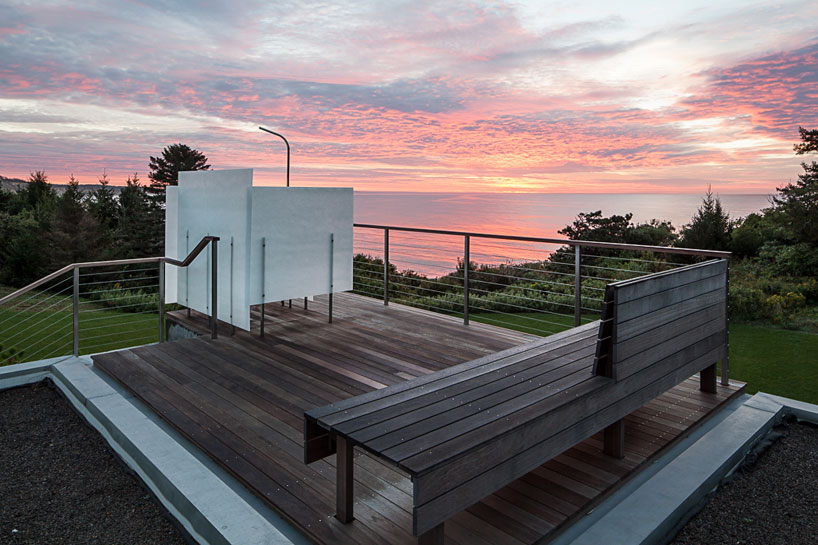 outside porch overlooking the ocean 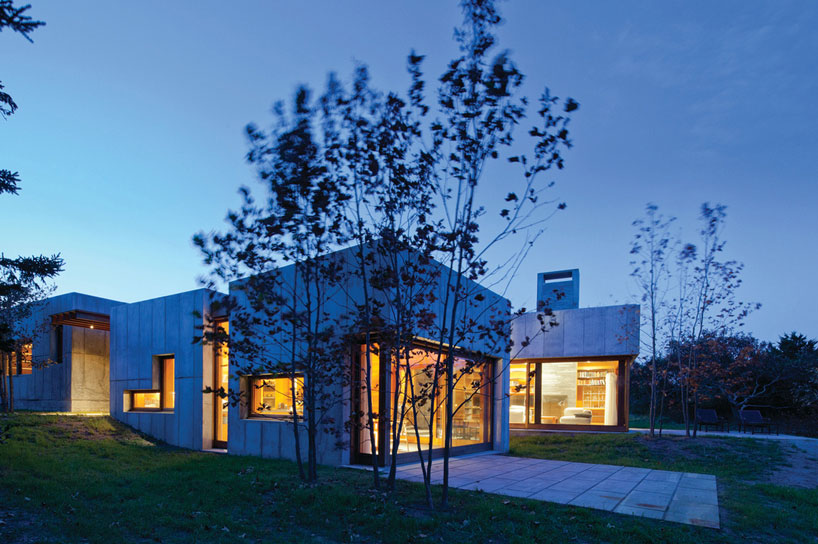 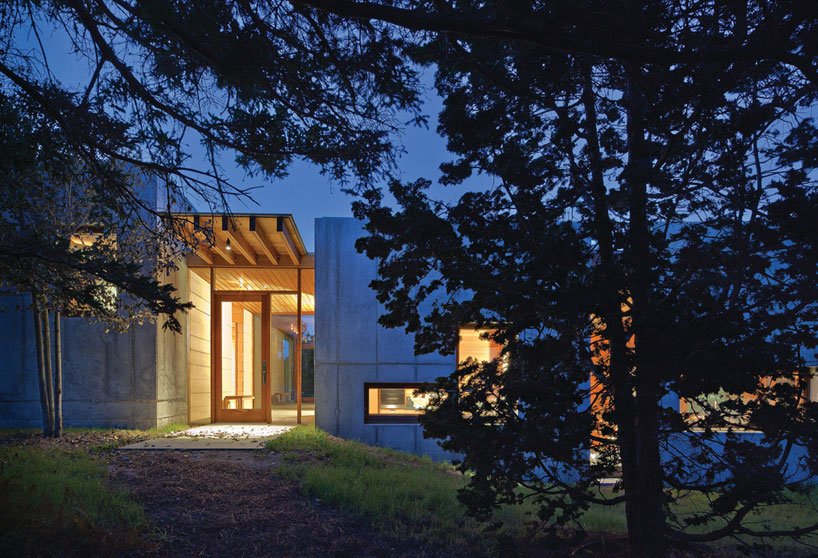 the property illuminated at night 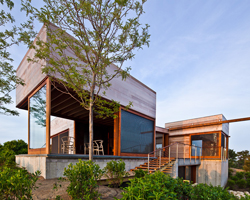