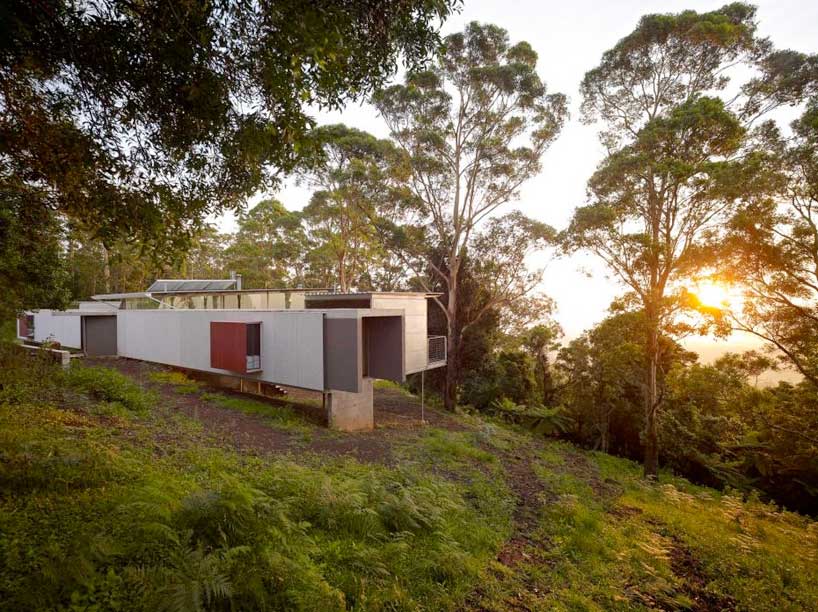 positioned just below the lip of a long spur that connects the coastal hinterland of berry with the rim of the sunken plateau of kangaroo valley is ‘contour house’ by peter stutchbury architecture. located in berry mountain, new south wales, australia, the single-storey dwelling is named for its linear form that is set against the sliding and undulating contours of the land. 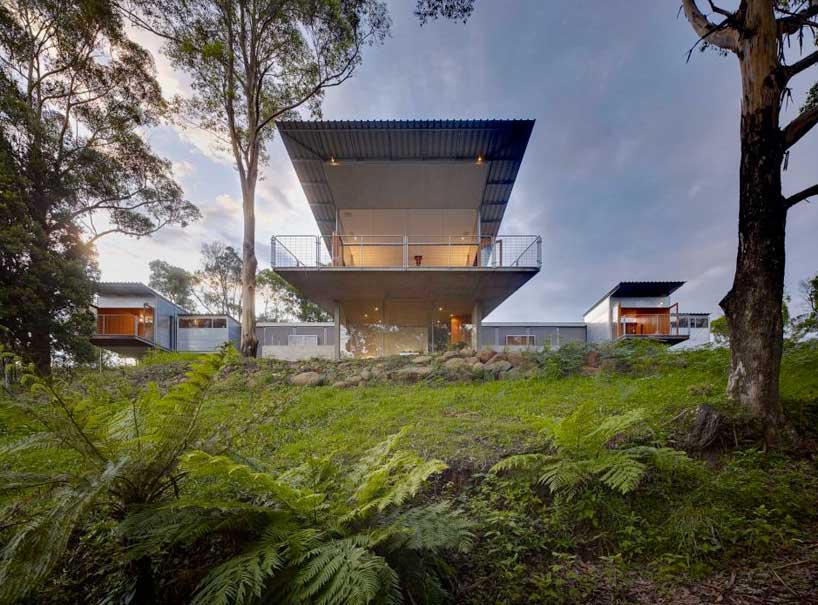 two-fold in its design, the structure features a strong western wall, which protects against brush fires, and a vastly different eastern facade which is open and responsive to the surrounding environment. 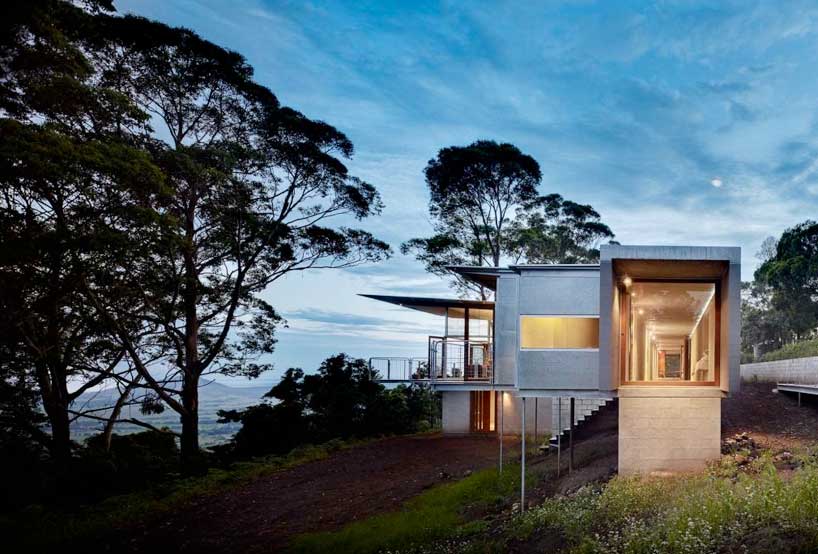 measuring a total of 232 square meters, the house is connected to the landscape in a variety of ways, its relatively compact arrangement informed by the slopping site and encompassing views. 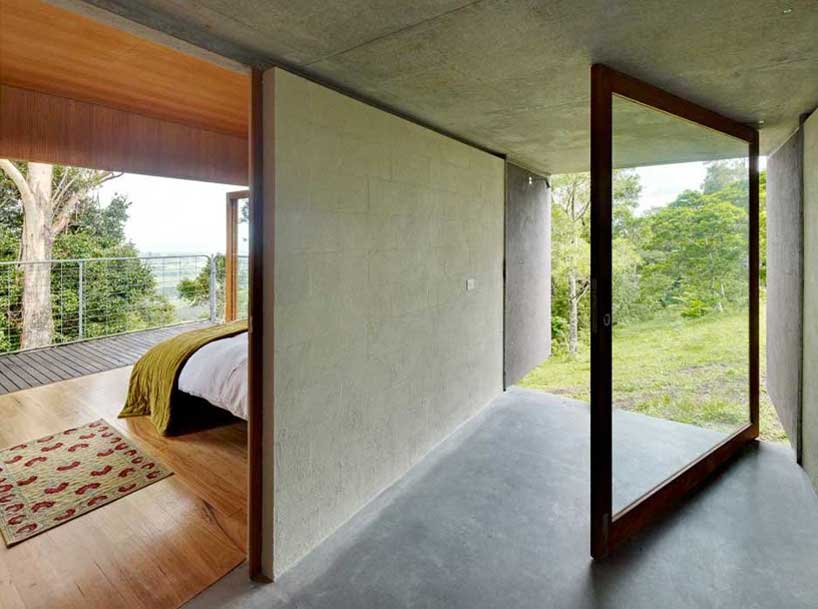 bedroom and corridor, both open to the surrounding environment

a centralized living and dining space provides a common facility, while bedrooms and private corridors are housed within the shipping-container-like tubes. thermal mass, geothermal air, evacuated tube and solar penetration manage the internal environment, relieving the environmental and long-term impacts of the dwelling. 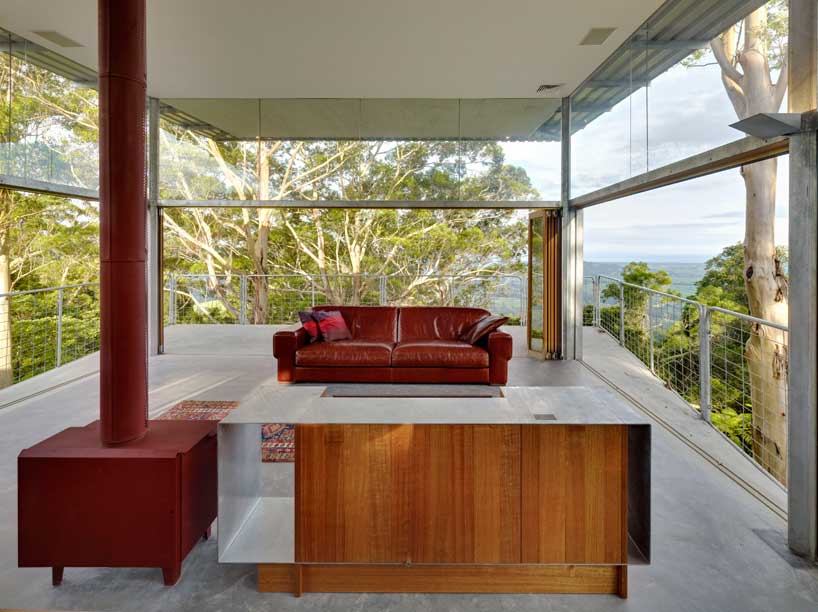 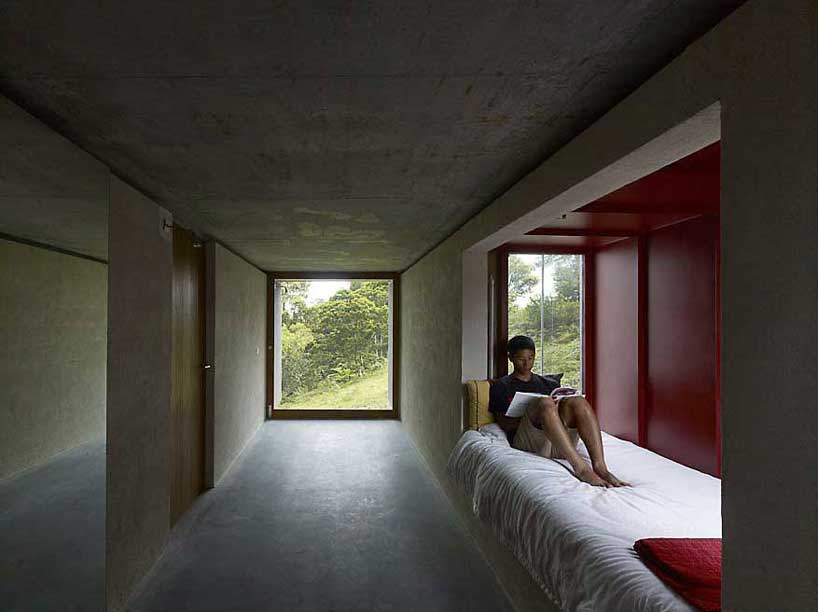 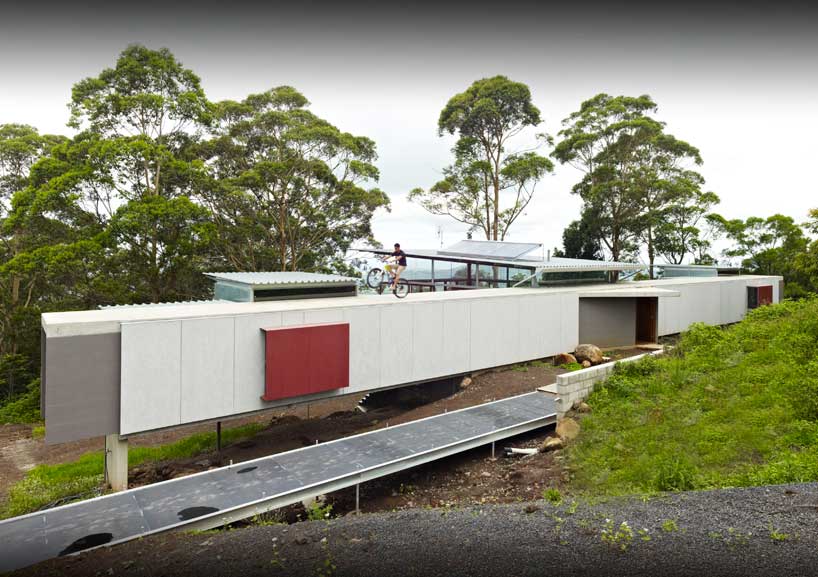 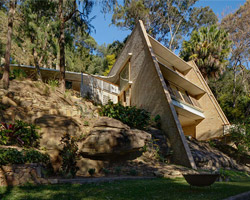