in a remote part of norway, work is well underway on a cluster of buildings designed by renowned swiss architect peter zumthor – his second installation along the country’s celebrated national tourist routes. the ‘allmannajuvet’ site will tell the story of the region’s zinc mines that were in operation between 1881 and 1899, a practice which employed as many as 168 workers from the nearby village. 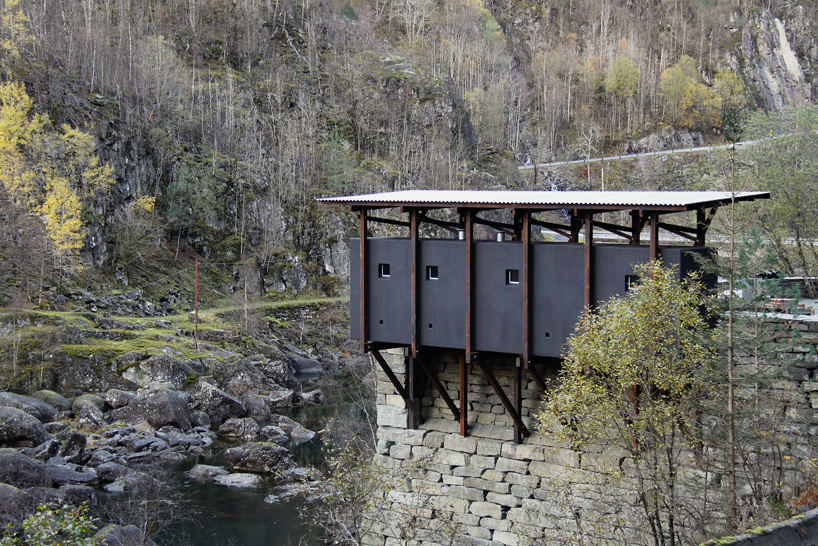 the notion of a permanent installation at the site of the mines was first proffered over ten years ago, before construction began in 2011. zumthor’s design draws attention to the site’s industrial heritage, while simultaneously making the area more accessible to increasing numbers of visitors. 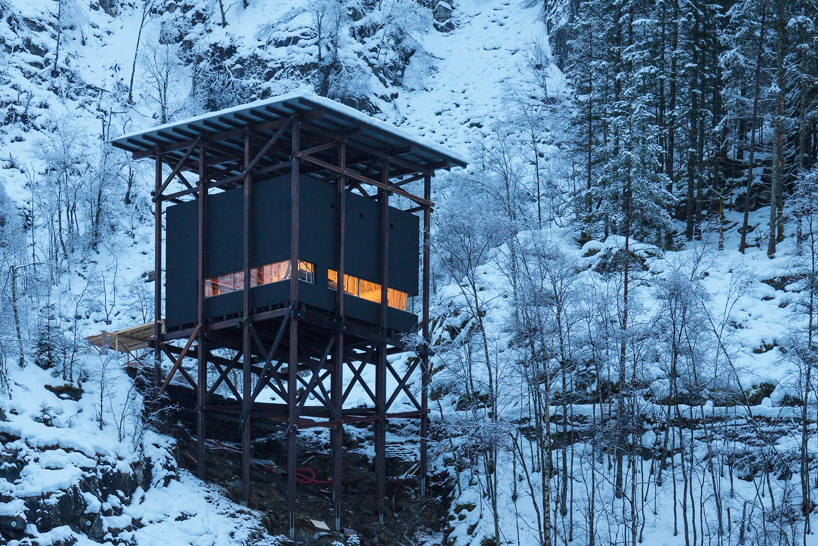 the café, which serves as a rest stop, shown under construction in december 2014
photo by arne espeland

the typically restrained response sees an obtrusive service building clamped to an existing stone wall, while a neighboring café structure serves as a rest stop for walkers. the buildings proudly present their exposed structural framework, and are topped with corrugated roofs that harmonize with the rugged terrain. 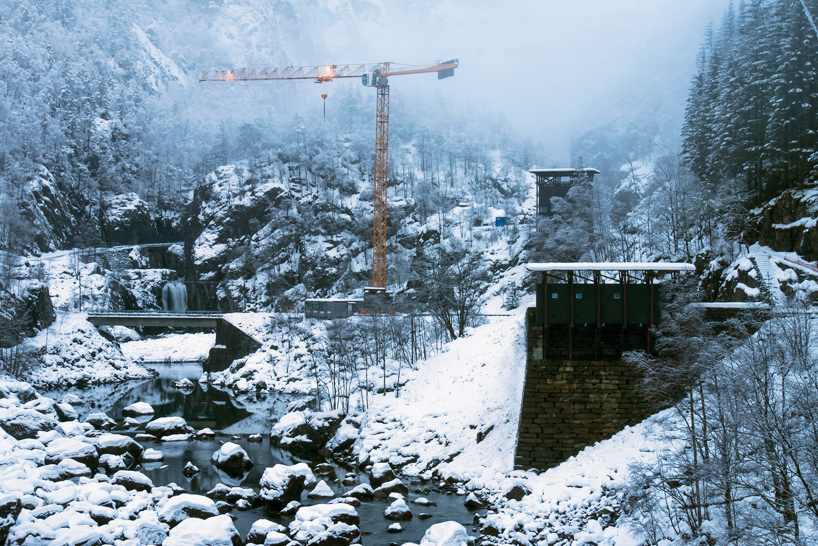 a car park and an additional stairway are also in place, while the exhibition hall – the museum itself – is under production in the nearby town of sauda and will be completed during 2015. the official opening of ‘allmannajuvet’ is scheduled for the summer of 2016. 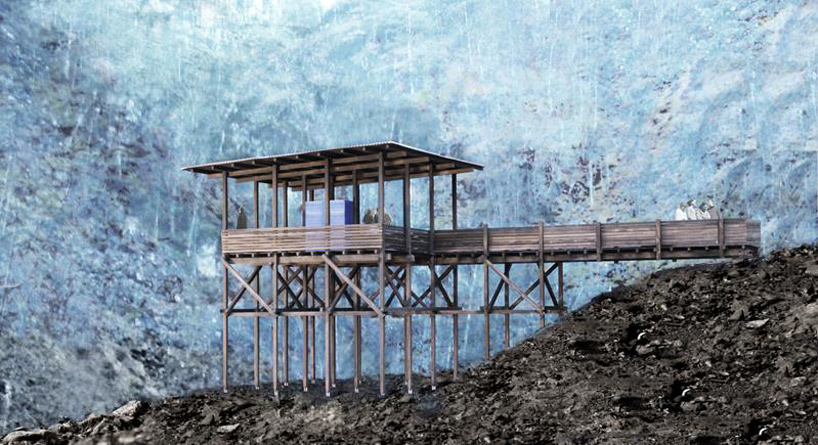 the site is one ten major attractions along norway’s national tourist routes, and will be an important installation within the ryfylke region. in an agreement with the norwegian public roads administration, sauda municipality assumes responsibility for site’s operations, upkeep and maintenance. 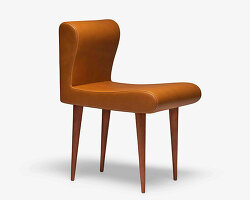