a small team of architects, led by petras išora and linas lapinskas, have been selected as winners for the lithauanian ‘roads museum’ competition. the building will house the existing location’s collection, which includes a plethora of artifacts reflecting the history of roads and transportation in the country. slated to be built on the outskirts of elektrenai city, it is strategically positioned on a stretch of highway that connects the major cities of vilnius and kaunas. 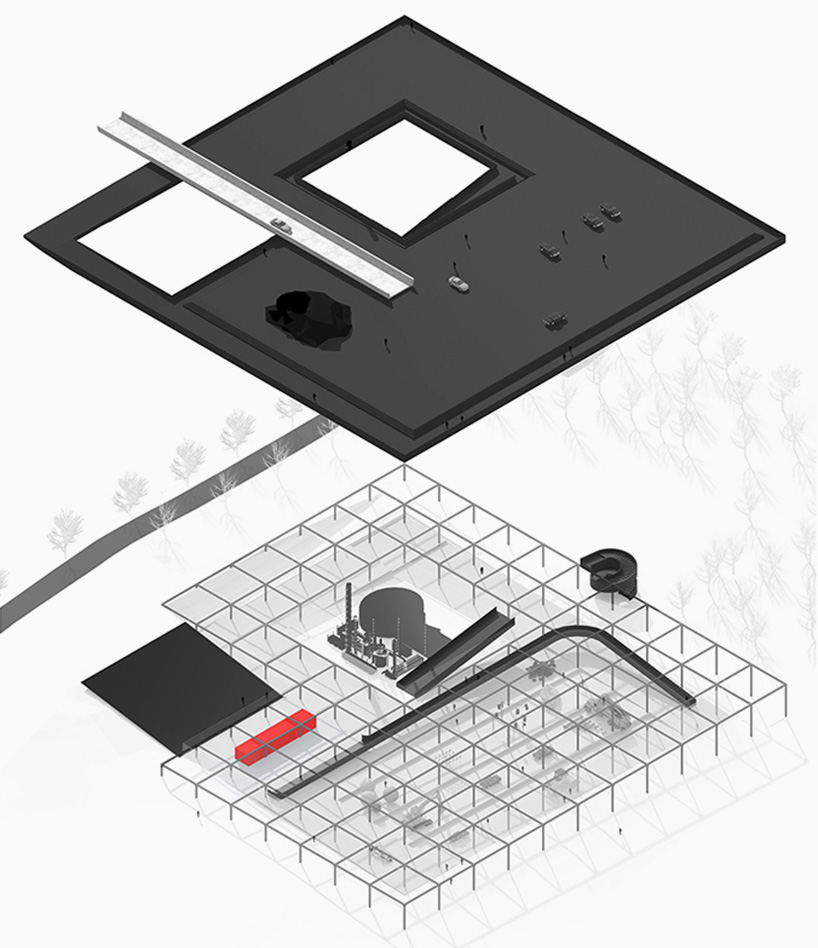 the team’s concept is centered around the museum as a ‘machine to exhibit’, and unfolds the institution’s content in layers. moving from human scale to regional infrastructure, the plan articulates systems of elements by mapping them on a spatial coordinate system. various materials utilized come directly from the transportation industry, and constitute the majority of the building’s assemblage. in addition to their structural importance, they become a part of the extended exposition the team wishes to instill in visitors. 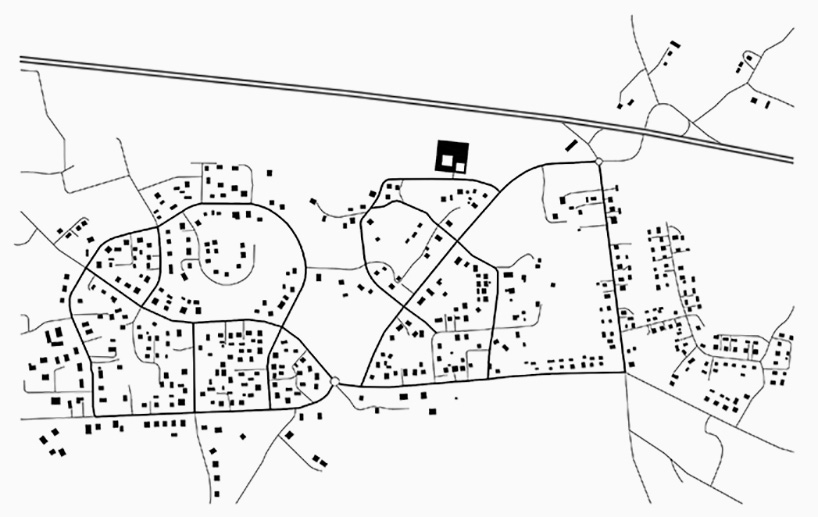 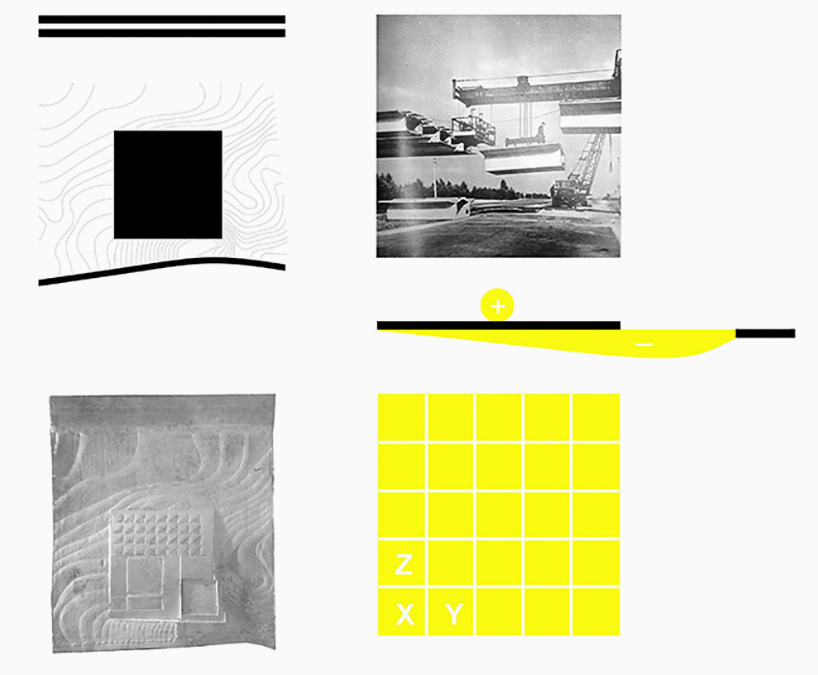 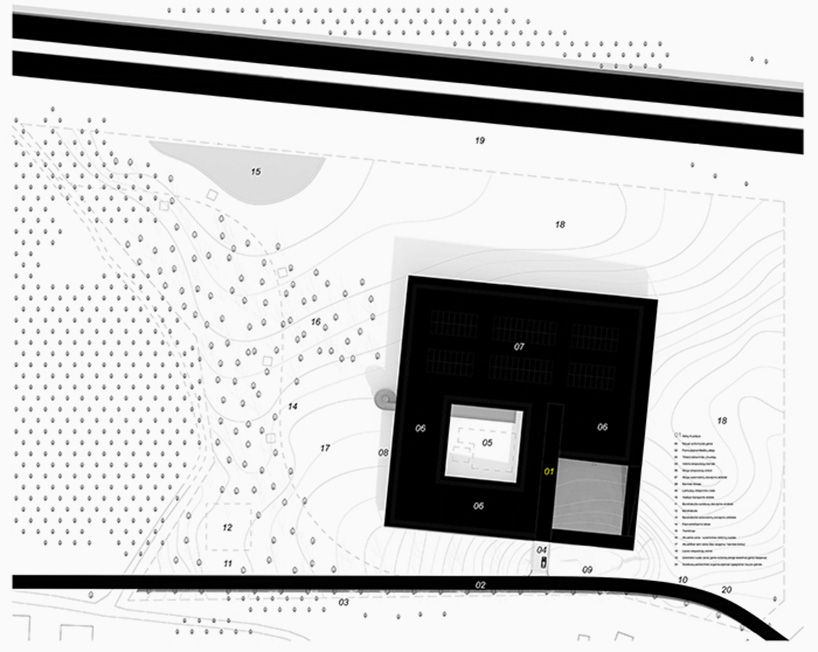 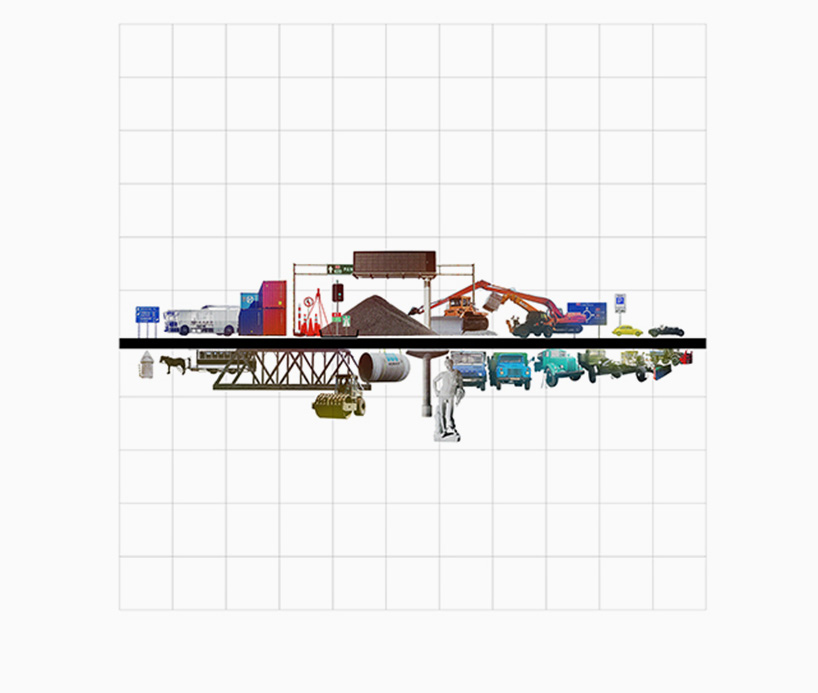 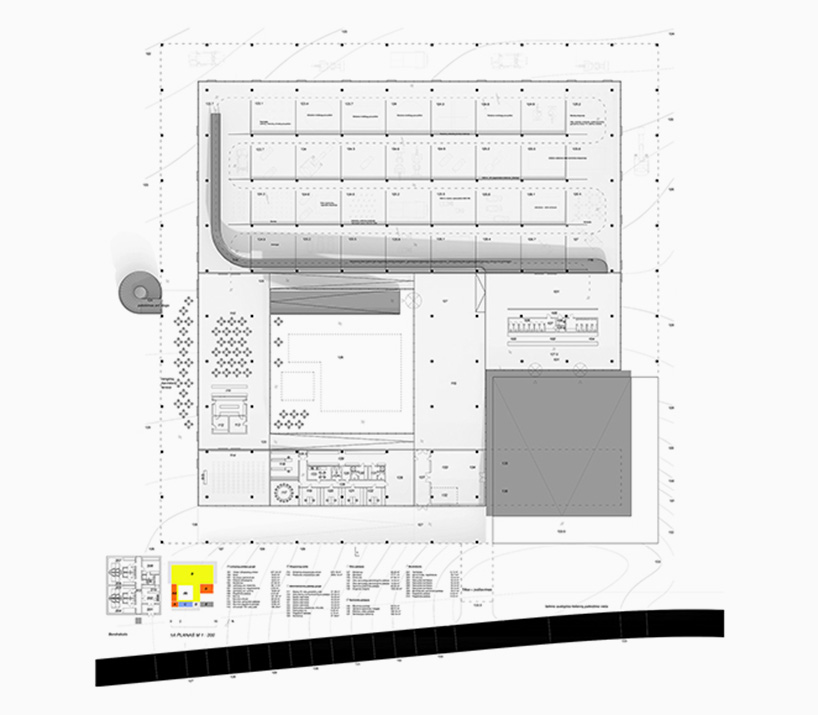 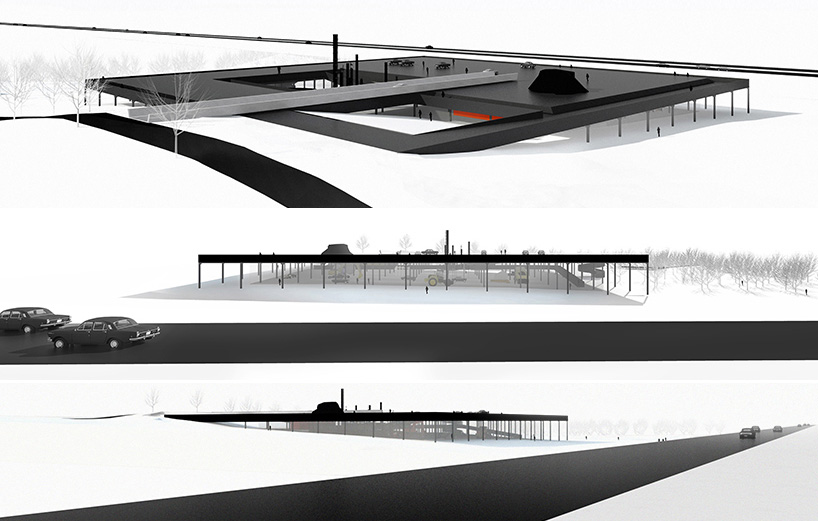 entrance and views from highway