‘the hafencity university subway station’ in hamburg designed by munich-based firm raupach architekten was just re-envisioned and brought to life by pfarre lighting design. the subterranean project is a result of a synthesis of the exterior’s materials, textures, lights and characteristics.being heavily rooted in the life around the harbor and the industrial nature that accompanies, the concept stemmed from the use of steel, light, colorand reflection. a powerful ambiance is created by hanging metal boxes weighing six tons each and with the exact dimensions of a standard shipping container (6.5m x 2.8m x 2.8m) in repetition over the middle of the platforms. the translucent panels between the sharply defined frames glow  fromthe light of 280 individual RGB LED emitters in each capsule. the colors can be coordinated by different sections in each free-hanging unit or as an entire set and can change to signal the arrival or departure of trains, synchronize with the seasons or simply create an enjoyable environment 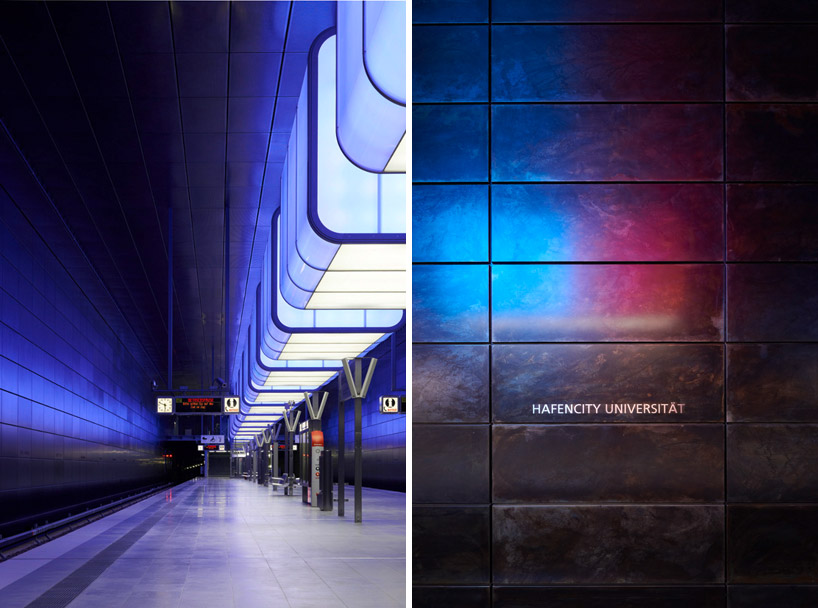 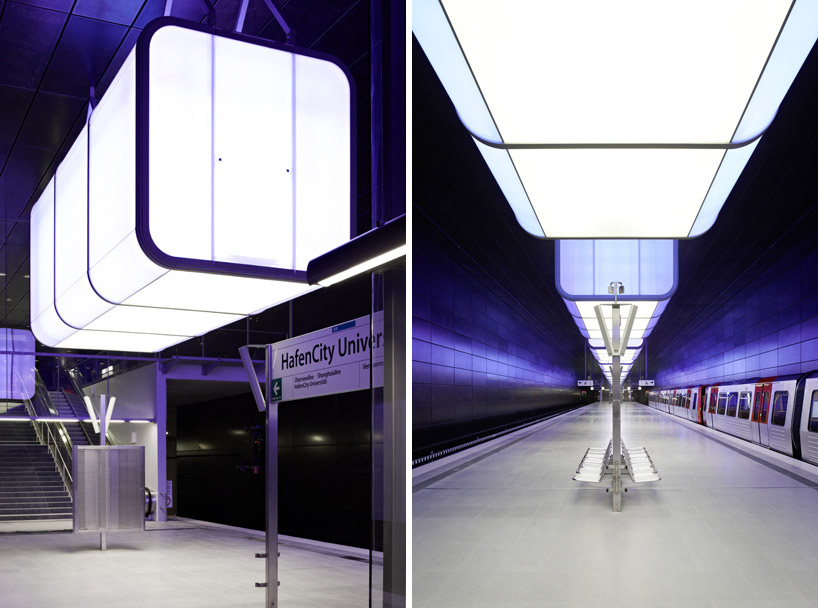 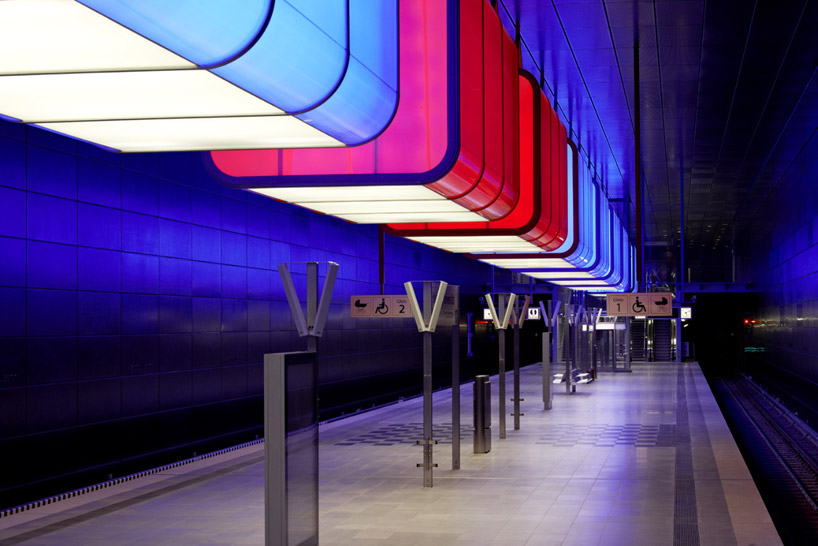 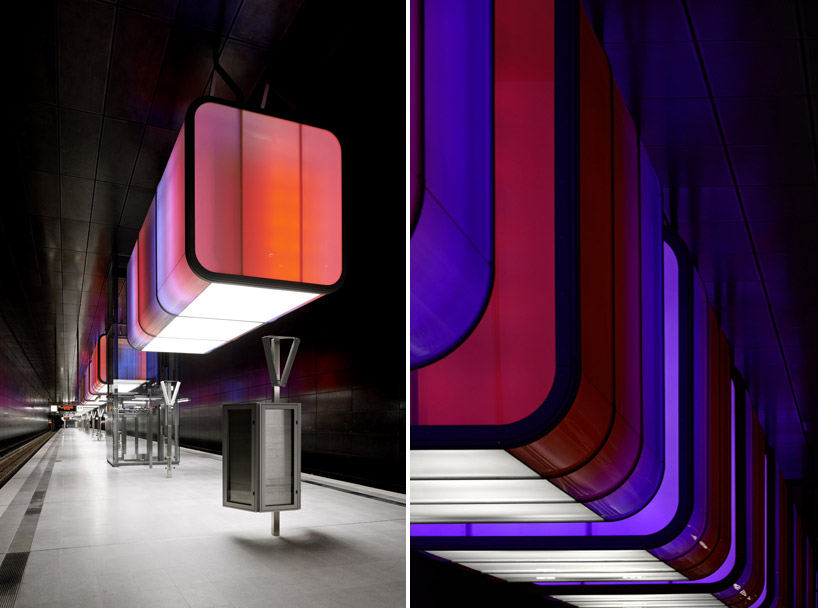 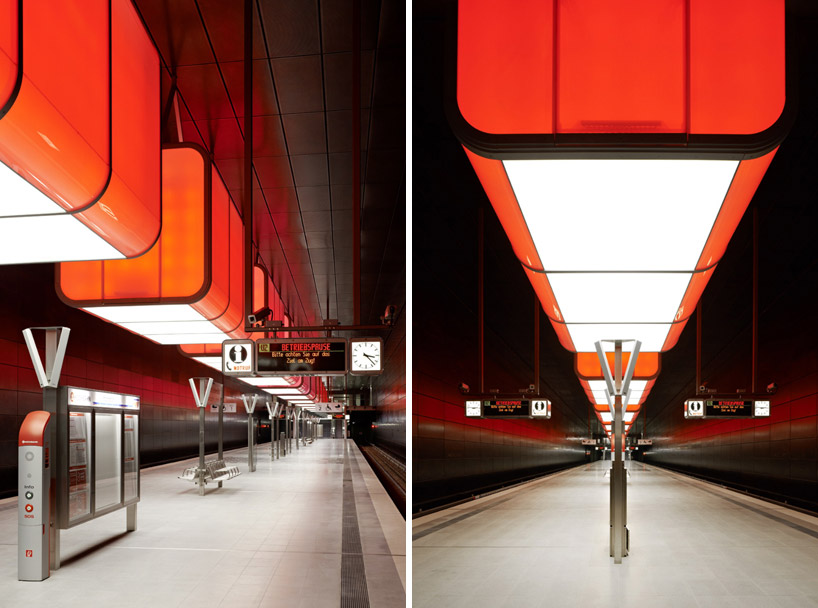 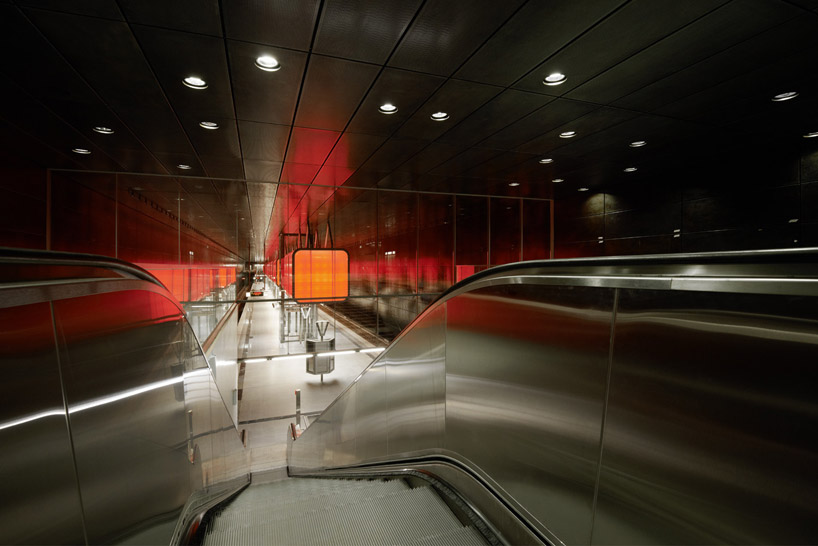 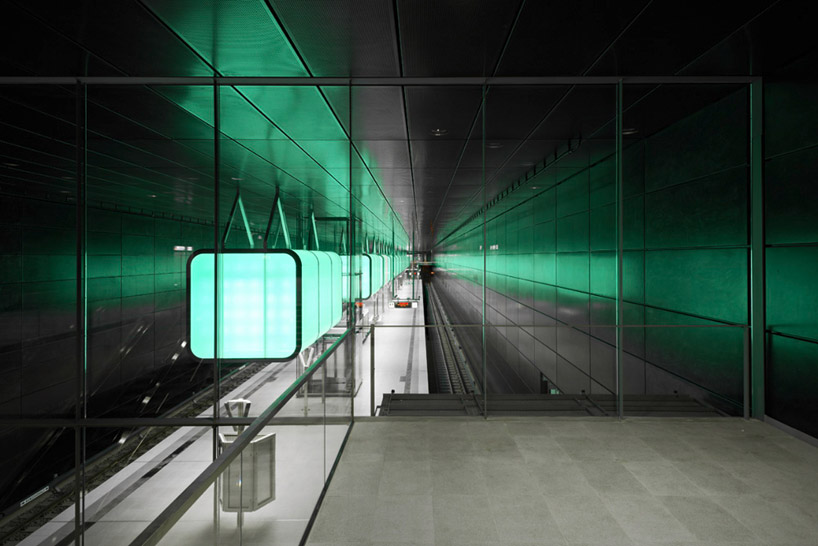 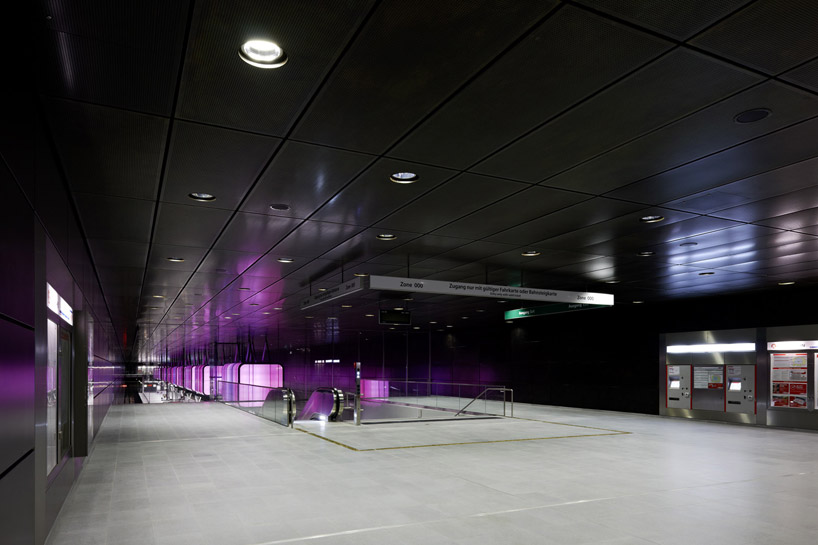 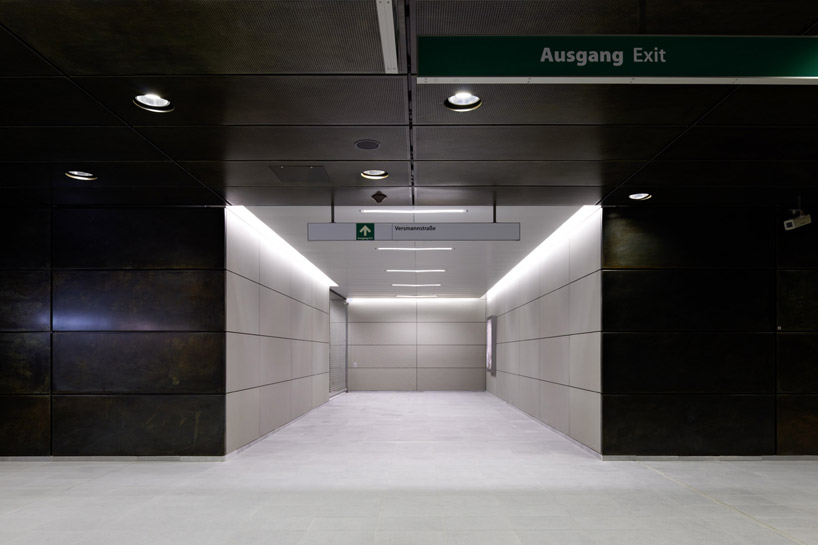