all images courtesy of alexander eisenschmidt

phantom chicago, produced by alexander eisenschmidt and his visionary cities project, is currently on display at the city of chicago’s expo 72 gallery until september 29. as part of ‘city works,’ a collaborative exhibition previously on display at the 13 international architecture biennale in venice curated by eisenschmidt, phantom chicago presents over 100 unbuilt visionary schemes that collectively form a visionary city that cuts across history and projects into the future. in its new location, the 160-foot / 50 meters long panorama creates an immersive environment where the gallery walls become the interface to a new city that links the different visions to chicago as it exists via an iphone app. 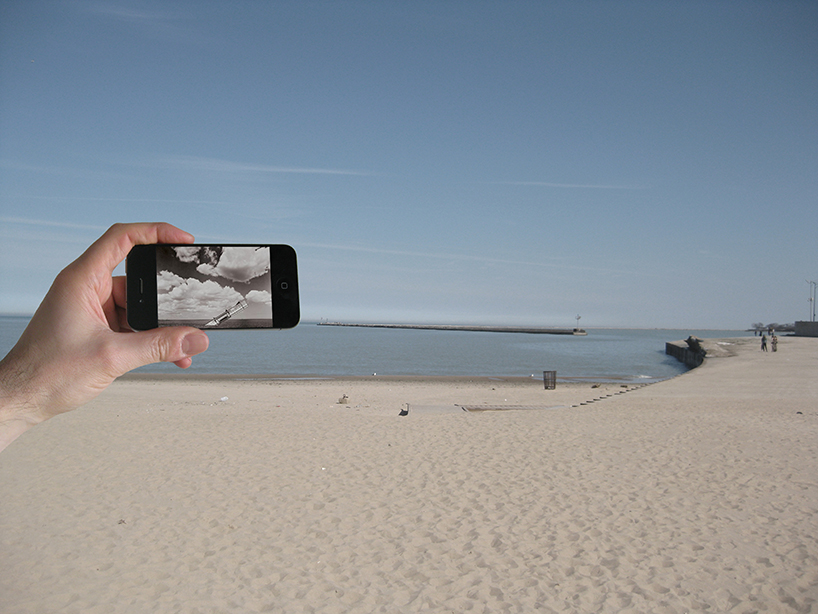 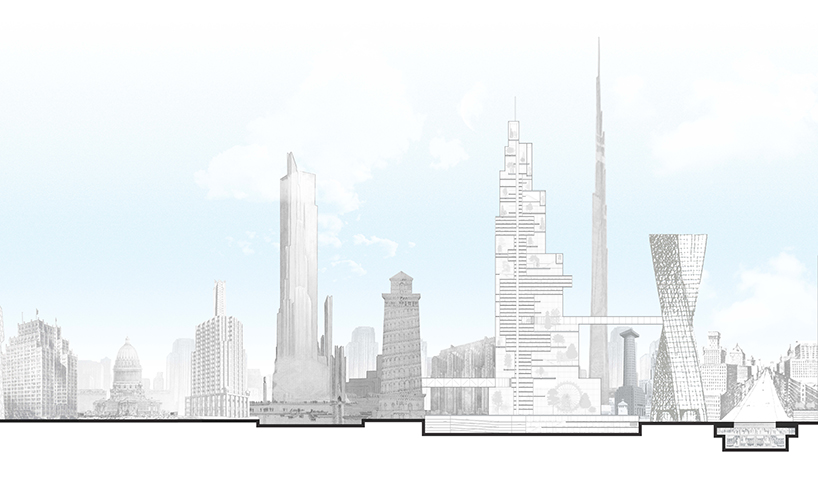 the project began by recording and cataloging hundreds of architectural and urban visions for chicago, which then became the basis for the meters-long panoramic drawing. the large-scale visual record transcribes and reconstructs these significant historical architectural dreams that continue to haunt and inspire the contemporary urban imagination. solely generated through unbuilt visionary proposals for the city – such as adolf loos’ tribune tower competition entry (1922), ludwig hilberseimer’s plan for chicago proposal (1940), hans hollein’s skyscraper of the future project (1958), or greg lynn’s vision for a stranded sears tower (1992) – some of the projects are presented in elevation while others are drawn in section according to the limited historical information available. therefore, the panorama is simultaneously record and invention, research and design project, archive and launch-pad for architecture.
as the projects are organized in relation to one another and in accordance to their proposed location within the city, phantom chicago creates a new kind of urban landscape, a parallel chicago that is not real but vividly exists in our architectural consciousness. coupled with an iphone app, produced in collaboration with cheng + snyder, the chicago panorama makes connections to the existing city outside the gallery. it allows users to locate and visualize past utopian schemes while traveling through the city, with the goal of encouraging playful urban speculation in the present. 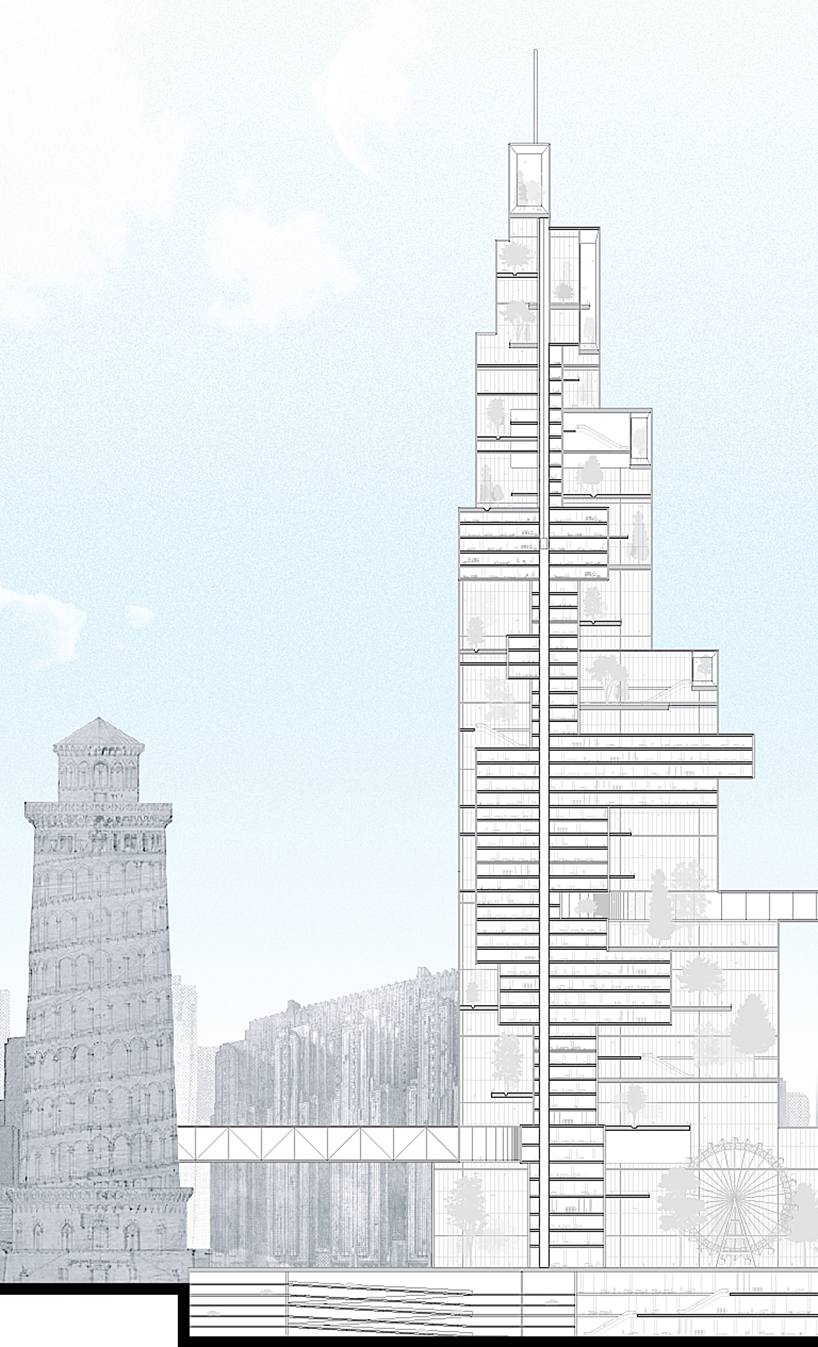 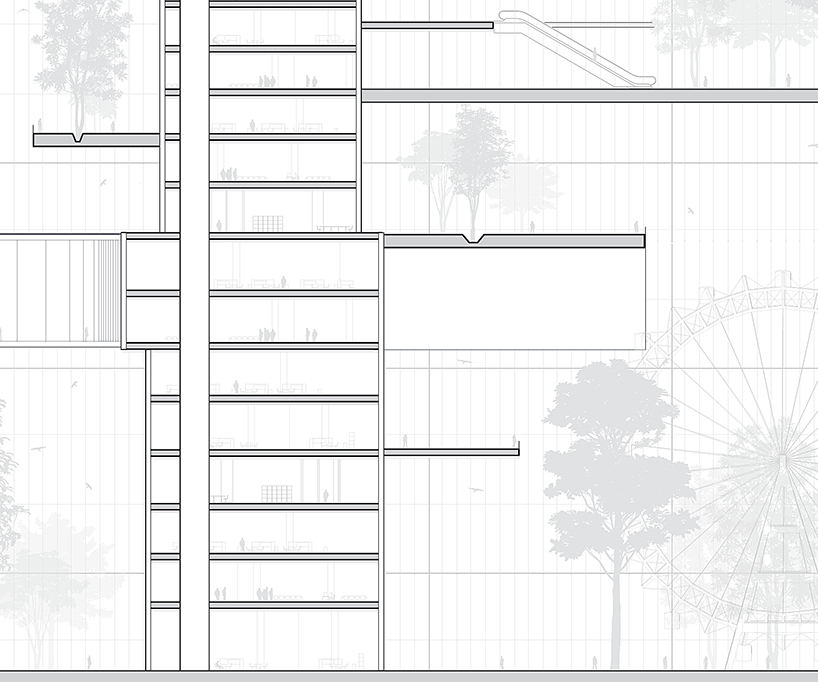 detail from the panoramic drawing: expanding tower section by malcomson (1961) 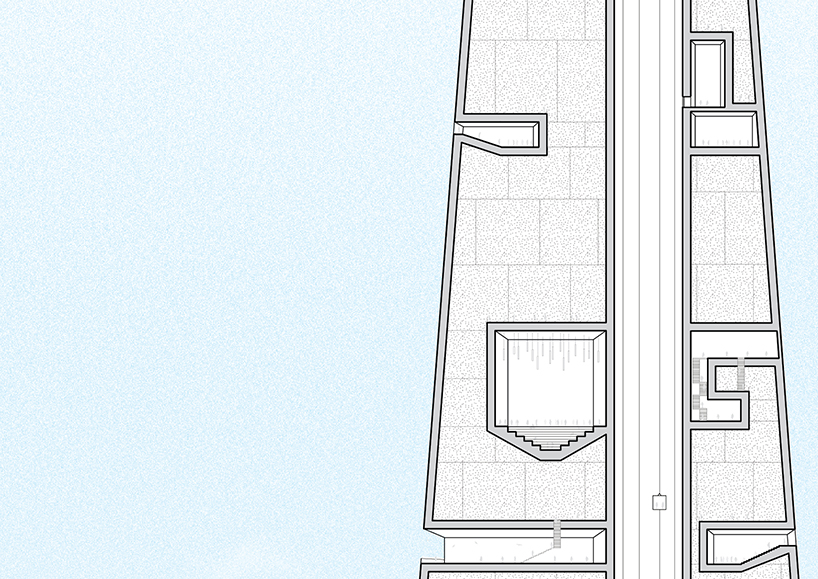 beacon of progress by despradelle (1893) 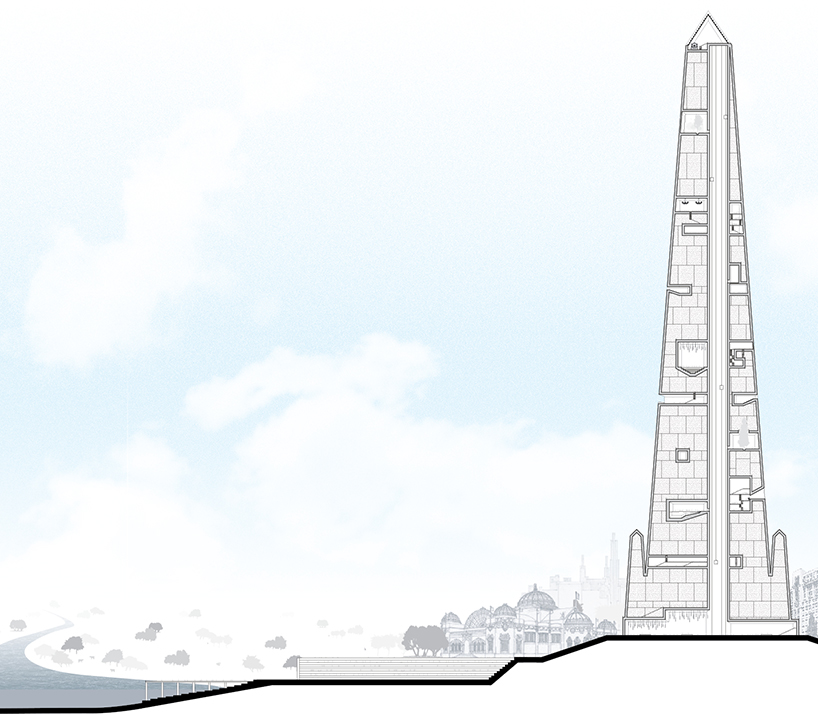 beacon of progress by despradelle (1893) in section 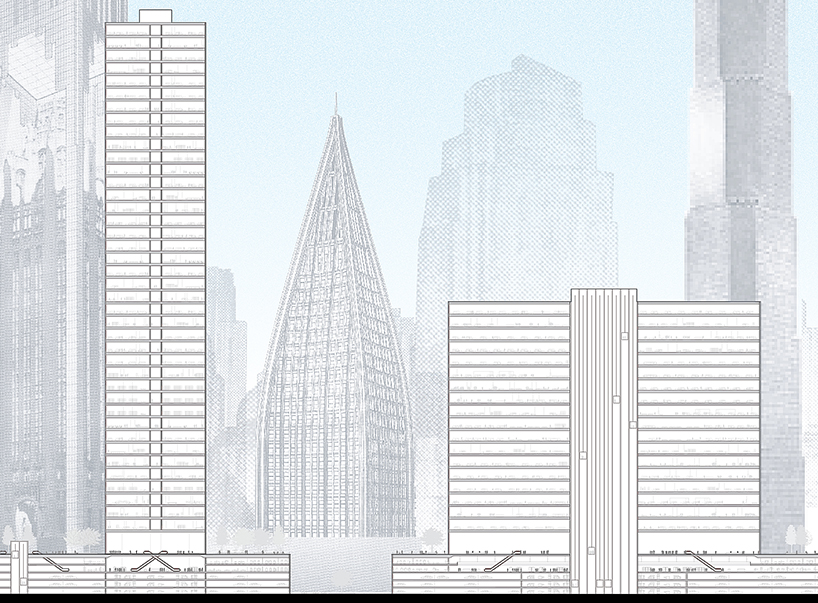 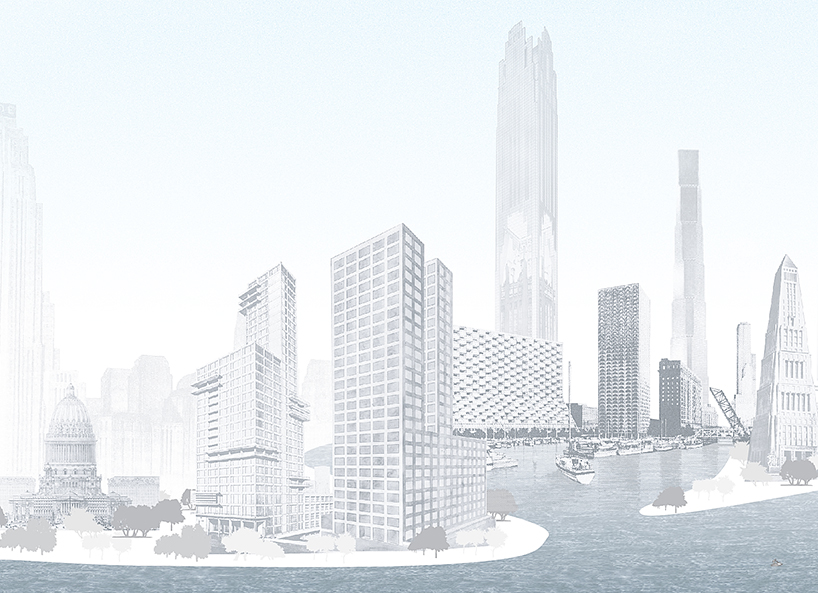 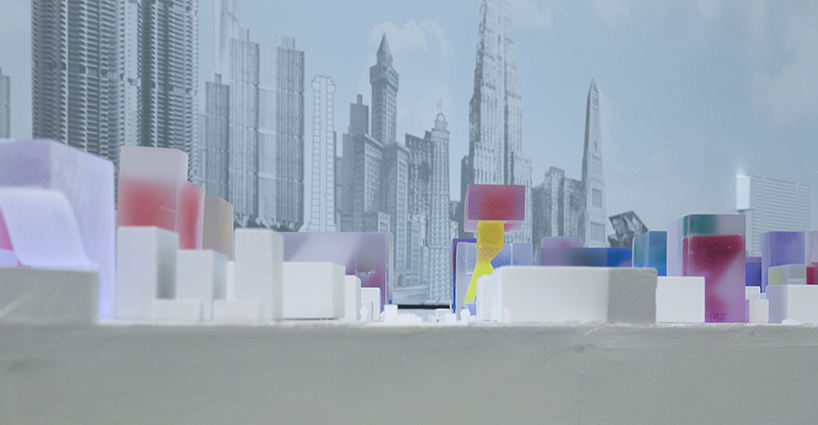 view of panorama drawing across urban model by david brown