while architecture is often concerned with the formation of space through the composition of solids, architect philippe rahm has developed a practice which fabricates environments based on their climatic and physiological aspects. this alternative approach, regarded as ‘meteorological design’, uses light, temperature, humidity, and pressure to inform spatial and experiential qualities to produce an increased sensorial engagement with the world.

the paris-based architect’s latest book, ‘constructed atmospheres’, documents a selection of the studio’s projects, complemented by a series of conversations between rahm and the publication’s editor massimiliano scuderi. 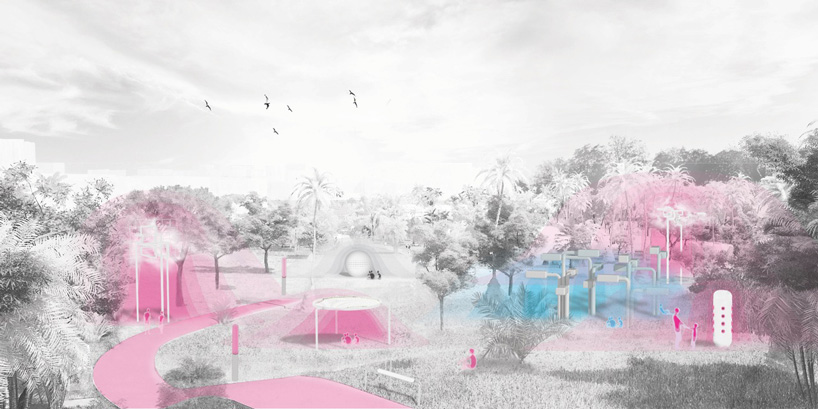 the ‘jade eco park’ project is currently under construction in taichung, taiwan

at its essence, rahm’s meteorological design investigations reach beyond normative endeavors at sustainable development – characterized by efficient building envelopes and reduced energy usage – in order to invoke a new awareness of an environment’s climatic conditions. the approach looks to ecology and science; namely by utilizing natural processes of radiation, conduction, convection, pressure, evaporation, and digestion to develop strategies for spatial variation. 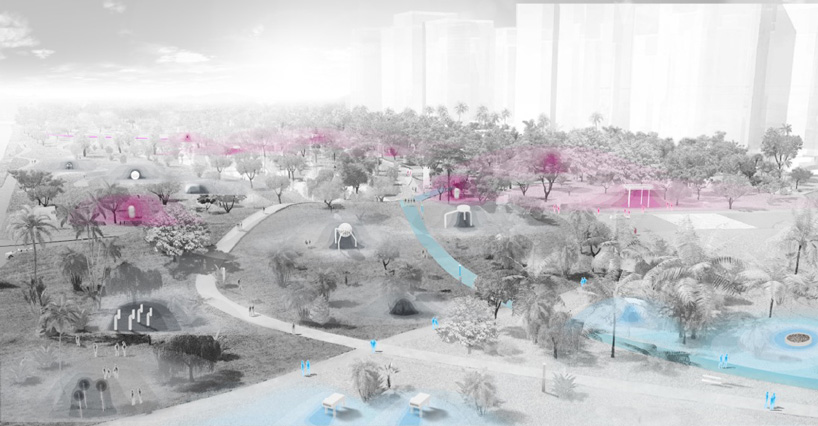 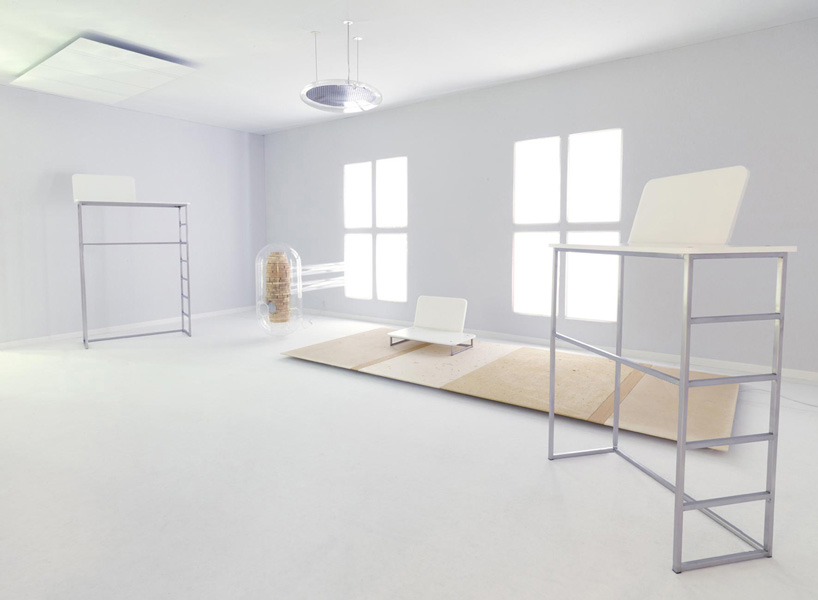 ‘deterritorialized milieus’, paris, 2009
photo by a. dupuis / VIA

in a similar arena, ‘deterritorialized milieus’, (paris, 2009) displayed a series of furniture pieces that function to regulate environmental conditions while reducing greenhouse gas emissions. rahm architectes describes the project is a, ‘realized interior design prototype that aims at recomposing a specific milieu in an interior, using construction techniques, control of air and air-flow with extraction of heat, heating, and ventilation.’ 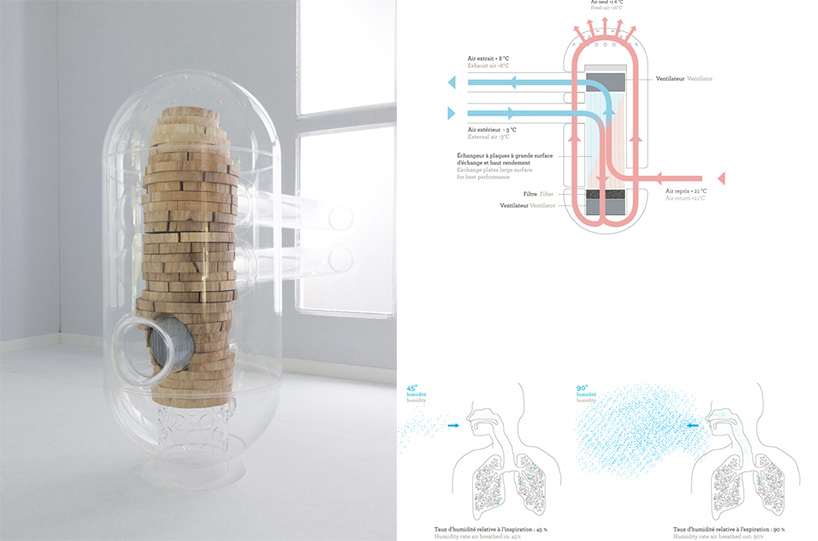 the furniture pieces function to regulate environmental conditions while reducing greenhouse gas emissions
(left) photo by a. dupuis / VIA

rahm’s projects also include envisioned and realized examples of living spaces arranged by climatic conditions (i.e. ‘evaporated rooms’ and ‘domestic astronomy’). the studio has also scaled these efforts up to building configurations, including ‘evaporated building’, ‘convective housing’, and ‘meteorological museum’. 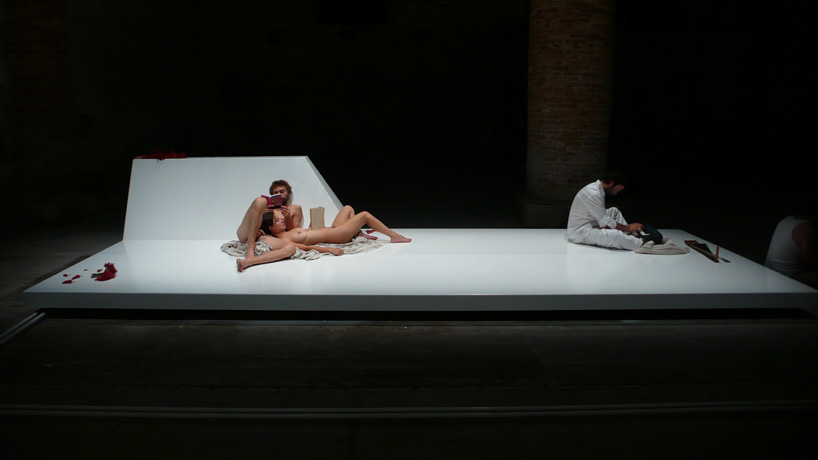 the book also highlights the design for ‘jade eco park’, which is currently under construction in taichung, taiwan. the project inserts a series of meteorological devices throughout a public green area, that serve to mitigate the hot and humid climate with cooling, drying, and cleansing forces.

the proposal represents an understanding that environmental conditioning is no longer limited to building interiors – one of rahm’s foundational beliefs. this basis is complemented by an aim that living spaces and internal environments are equally able to be informed by ‘natural’ systems, as opposed to architecture’s typical convention of shutting out exterior forces. 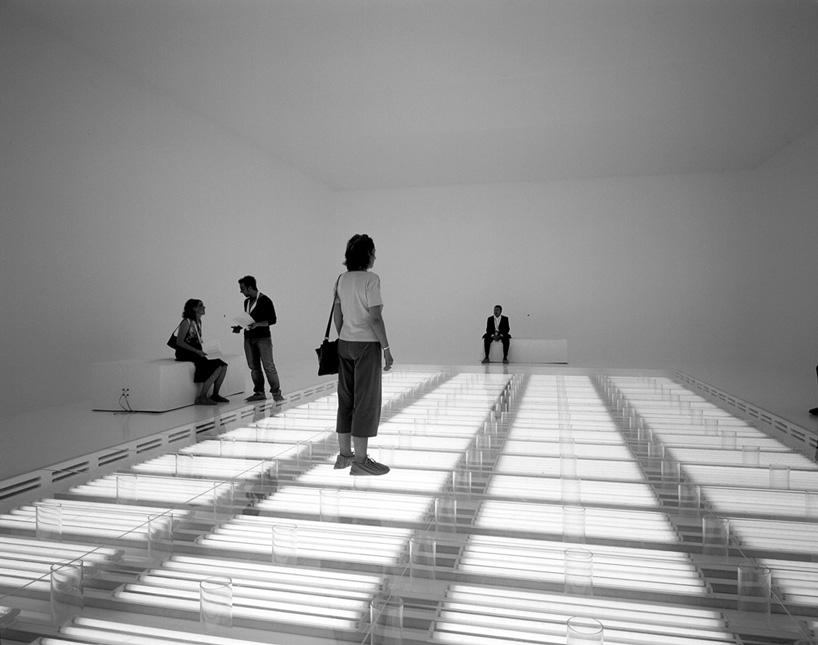 in the book’s conversations, which occurred over three years beginning in 2011, massimiliano scuderi prompts philippe rahm to explain the development of his work while looking to specific projects as case studies. the result paints a thoroughly detailed depiction of rahm’s aims and interests, while additionally placing them within larger discussions on architecture, urbanism, and sustainability. 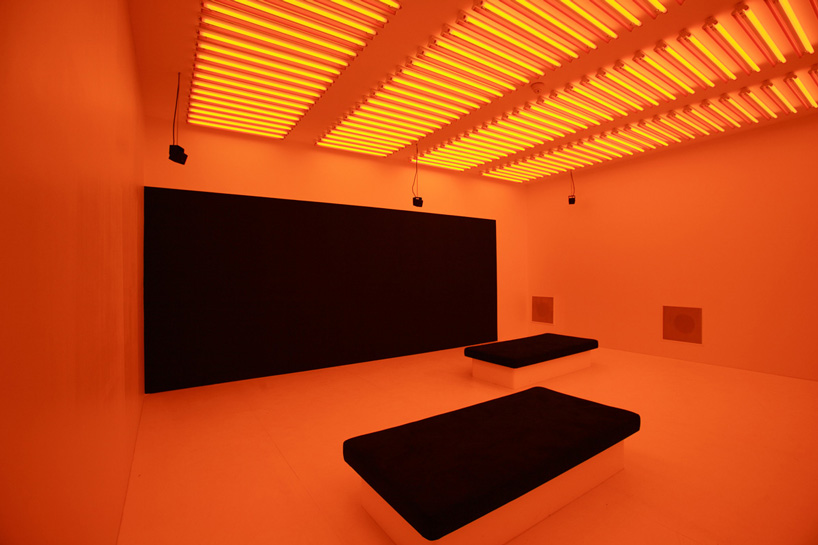 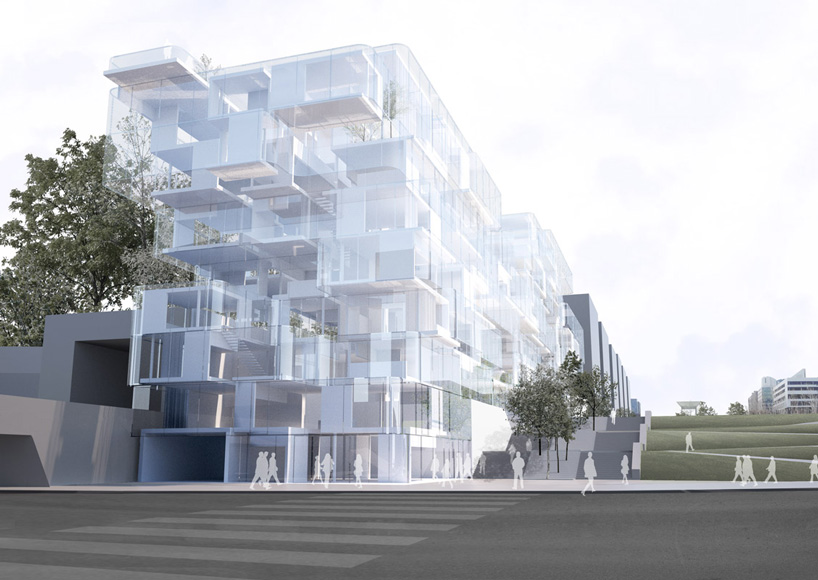 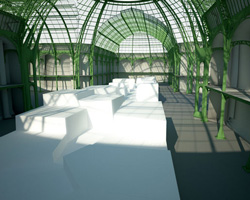 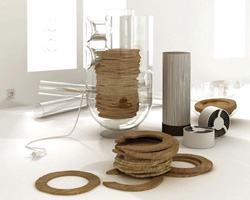