melbourne based studio, phooey architects has created ‘templestowe reserve sporting pavilion’, a climate, carbon and water neutral building that houses the australian suburbs 100 year old football and cricket club. exploring multiple aspects of sustainability, the construction of the design is largely recycled and cultivated from the previous site. 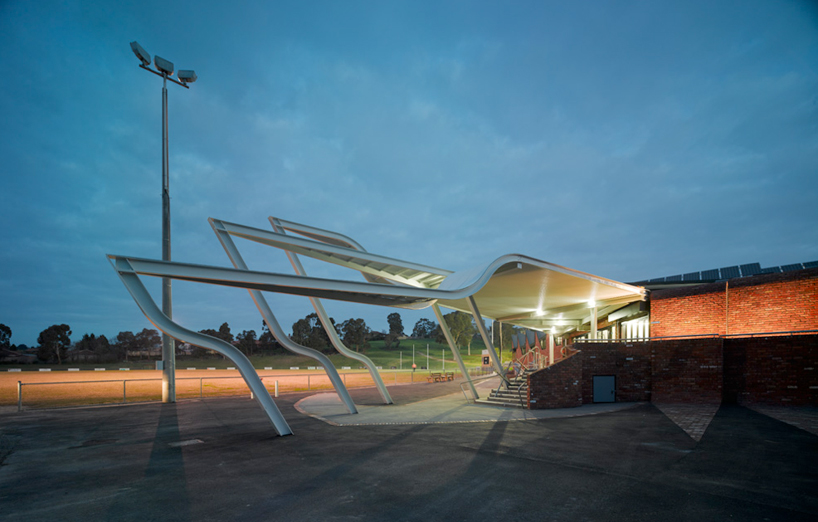 referencing sports elements such as football jerseys and flags, the building’s elevation features a series of v-shaped patterns. the toothed roof is lined with alternating windows and solar panels, allowing the facility to comply with various sustainable elements, while also bringing natural light into the change rooms that sit beneath them. 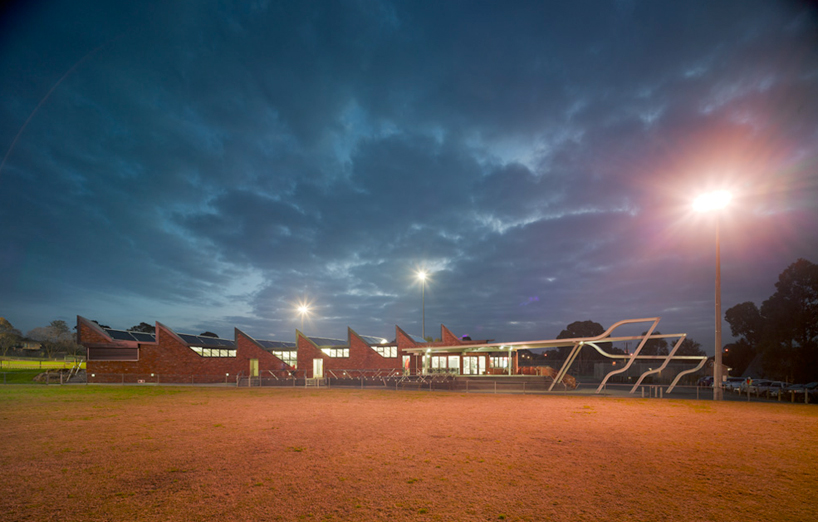 the overhang that greets the players and visitors at the entrance splices off into three fluid branches that appear as though they are in motion. the architecture, composed of a series of angular and rounded edges, is intended to generate energy and spectacle for the impending game on the nearby playing field. the nondescript facade, which is inscribed with the names of past and present players, volunteers and members of the town, relies on light and shadow to emphasize its form and direction. 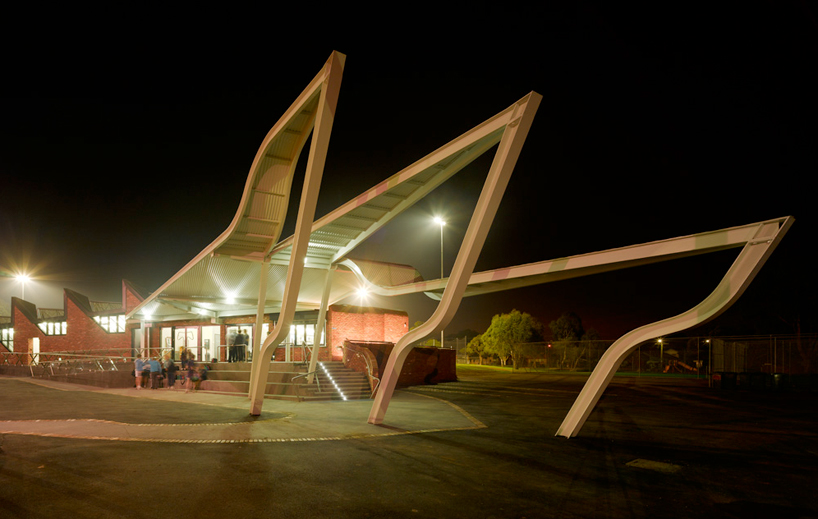 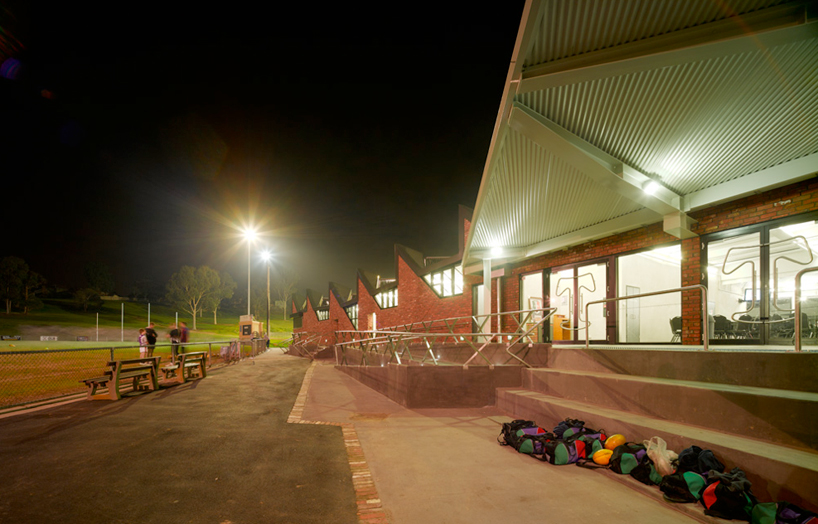 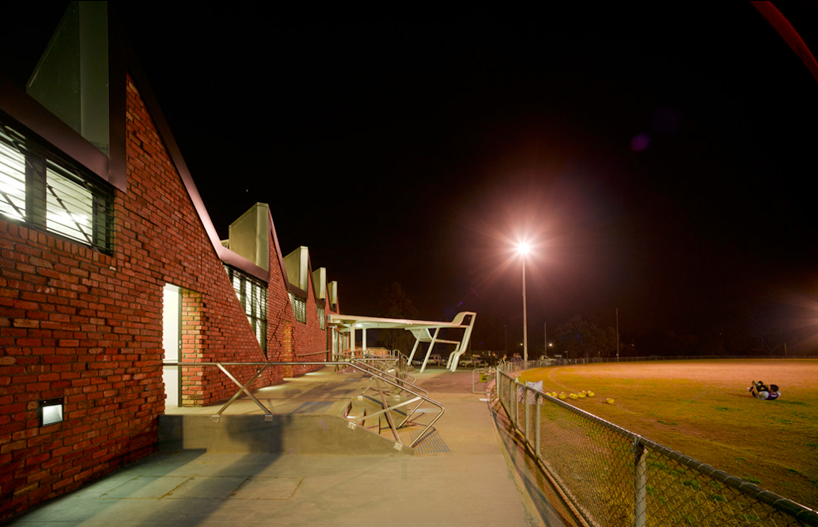 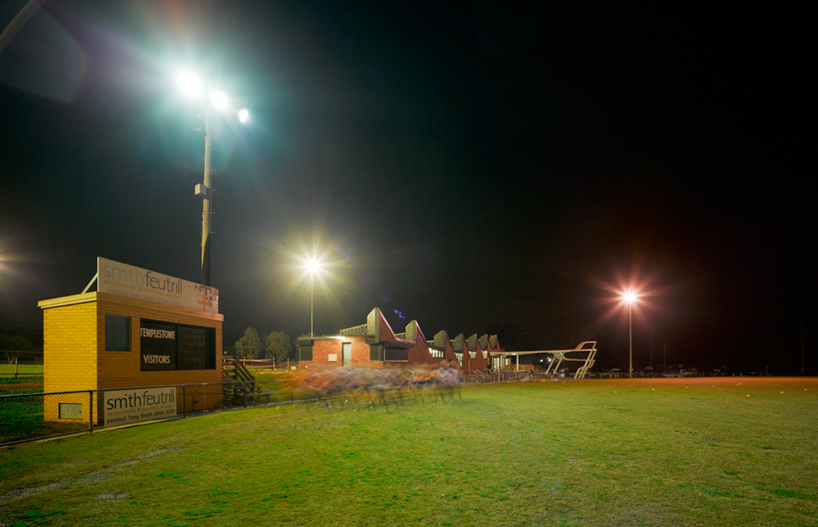 view from the field 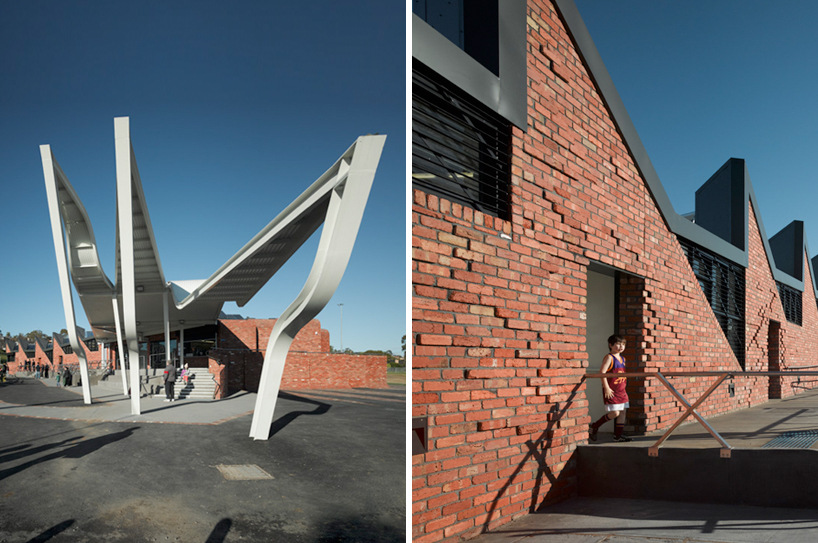 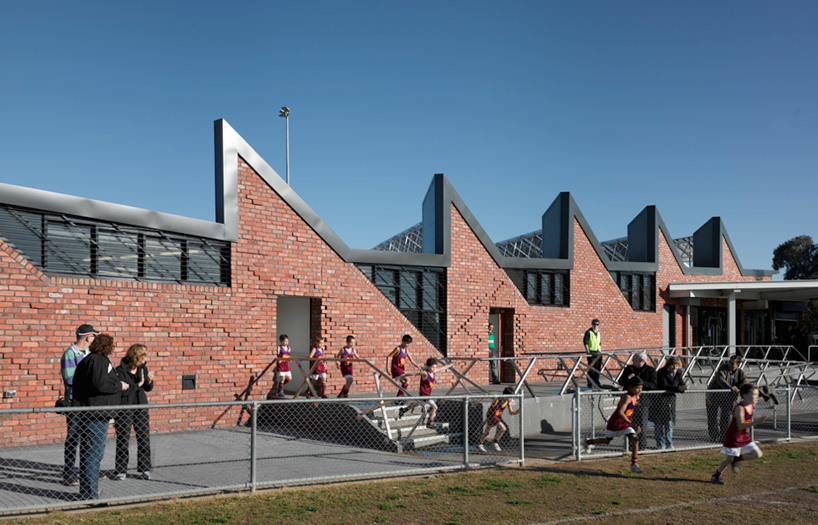 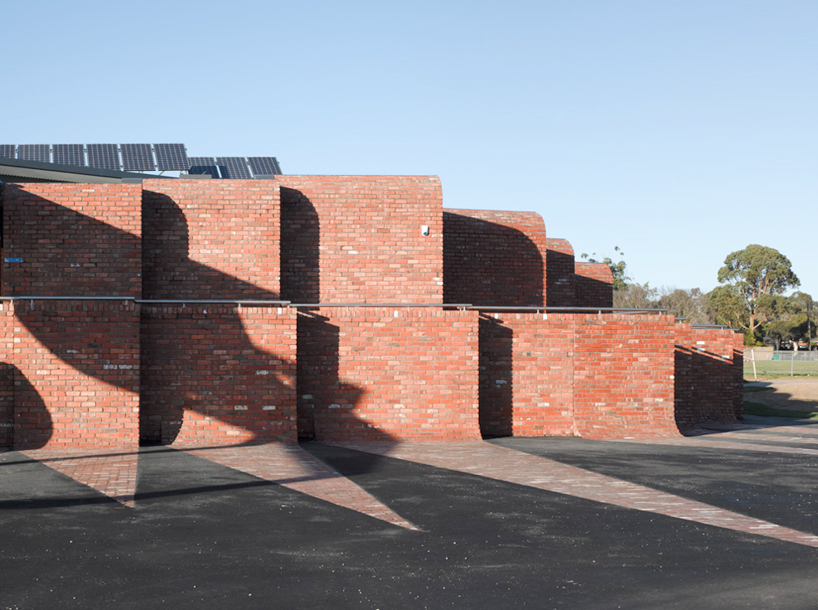 the triangular brick motif is carried onto the pavement, extending the motion and visual footprint of the structure 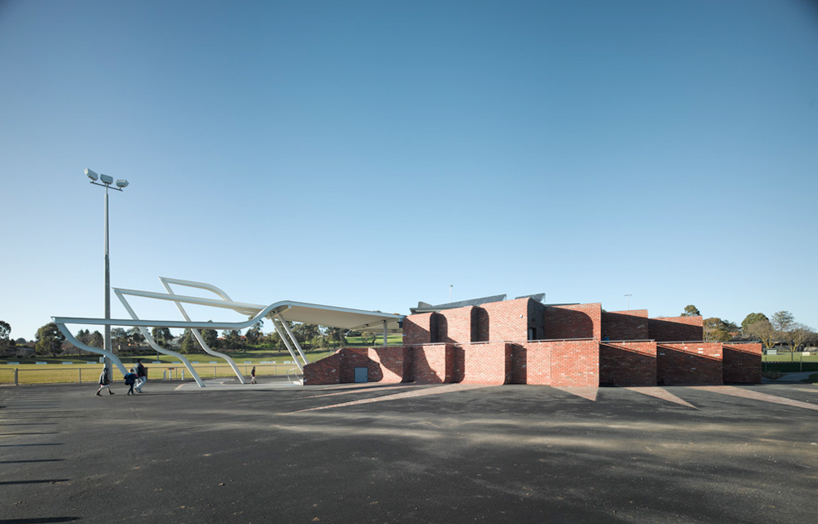 light and shadow add interest to the facade