surrounded by a verdant and subtropical setting, ‘taringa treehouse’ is a detached residential extension sited in a backyard in brisbane, australia. the long and thin structure emerges from the north eastern face into the garden; its distinctive character refereeing the traditional timber and tin houses queenlanders occupy. 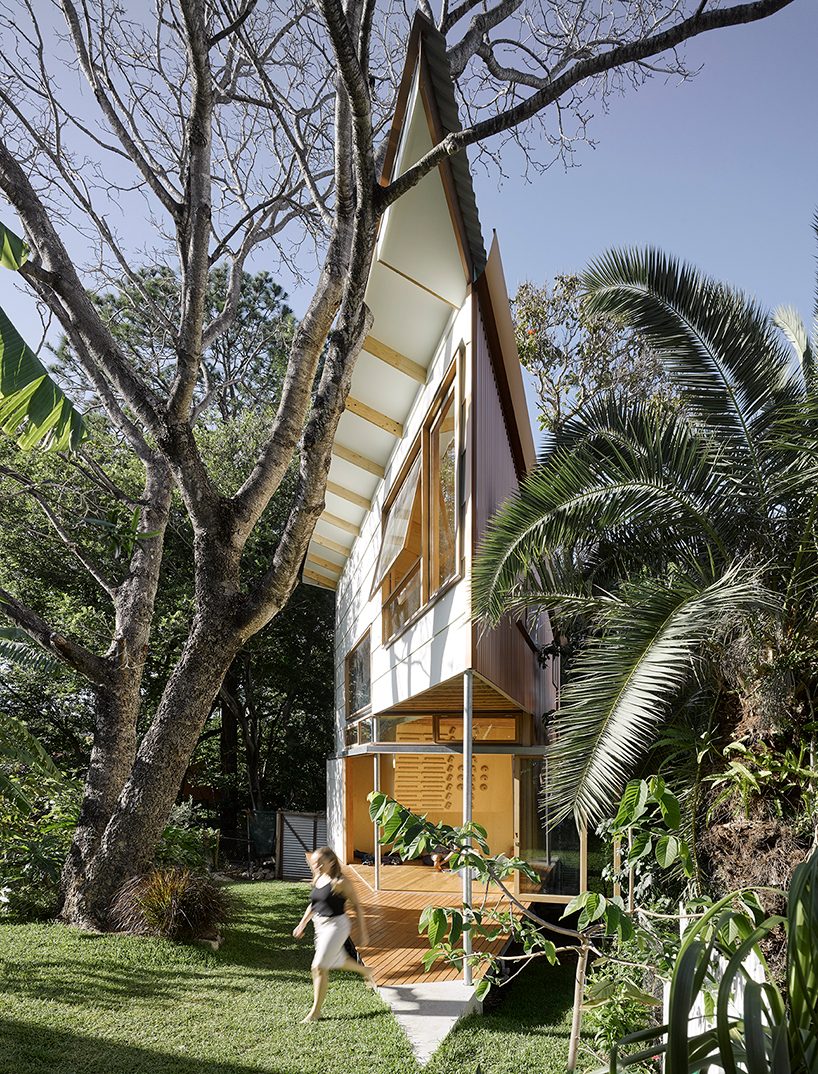 completed by phorm architects, the treehouse is defined by its hypotenuse shape where the long edge has been cut to accommodate the majestic tree. the envelope of the treehouse has been clad in weatherboard, with only the ‘thin edge of the wedge’ appearing as an unexpected urban artifact embedded in the greenery. in turn, the building has adopted it’s own character without link to the original house. 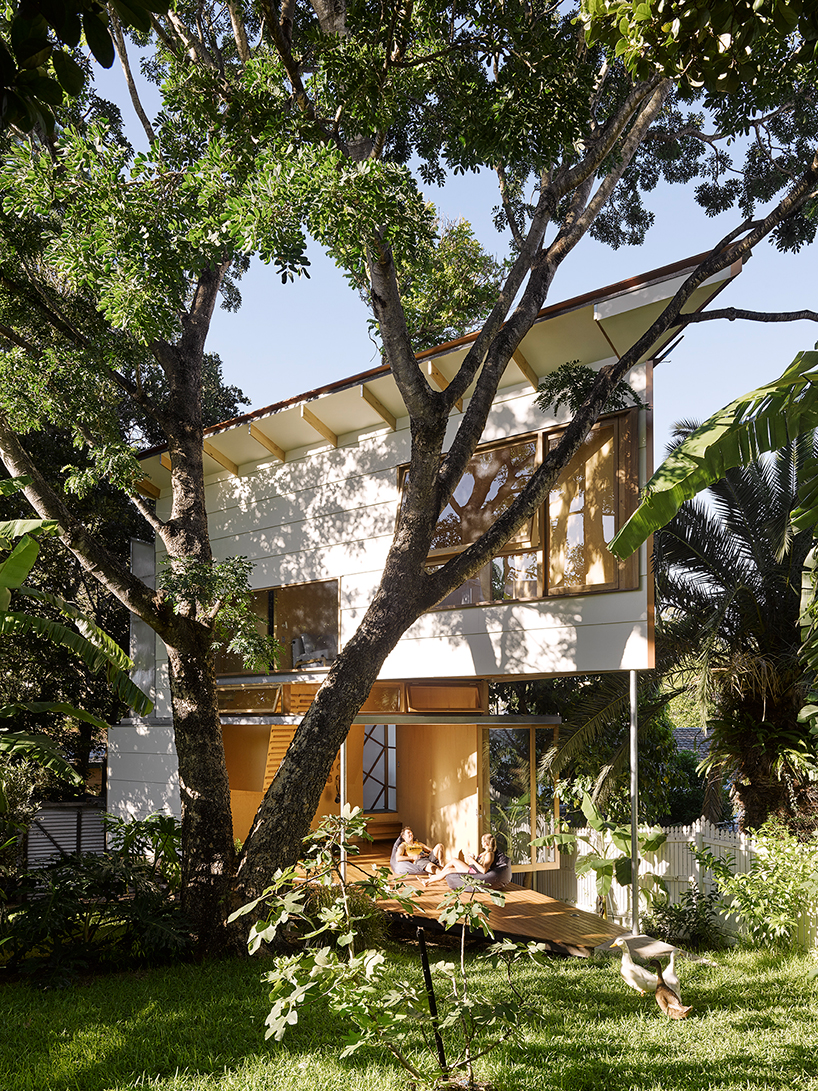 inside, the building is designed as a sequence of informal spaces. as well as a climbing wall featuring on the back wall, the ground floor opens onto a veranda and upstairs a loft-like space provides the inhabitants a quiet sanctuary. ‘the scale of the building is proportioned to the tree. the structure is stretched and elongated to reach the low branches. at some moments swelling relative to the spaces other times shrinking within them.’ says paul hotston, director of phorm architects. ‘the expressed structure subtly reinforcing the shifts in orientation and geometry along the journey.’ 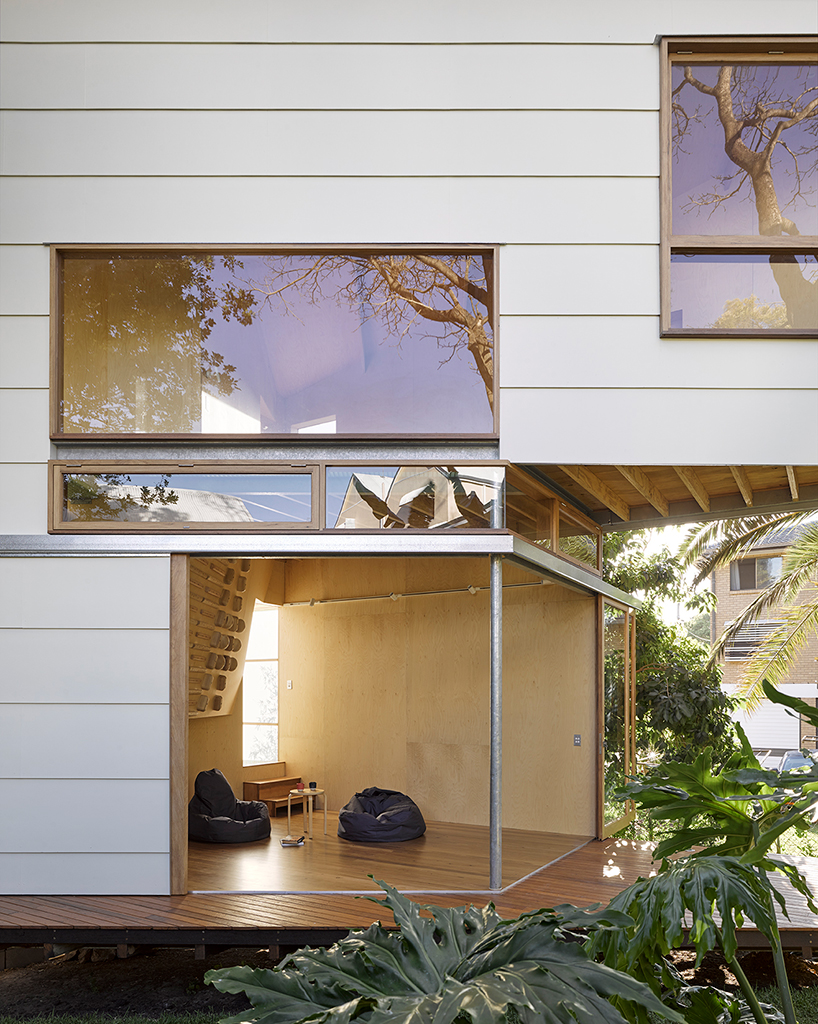 despite its ‘treehouse’ connotations, the architecture is mostly been influenced by the playful language and sensibilities of children’s cubby houses. this is reflected by the material palette chosen and seen throughout and the building itself created to collect experiences of place and solicit memories. 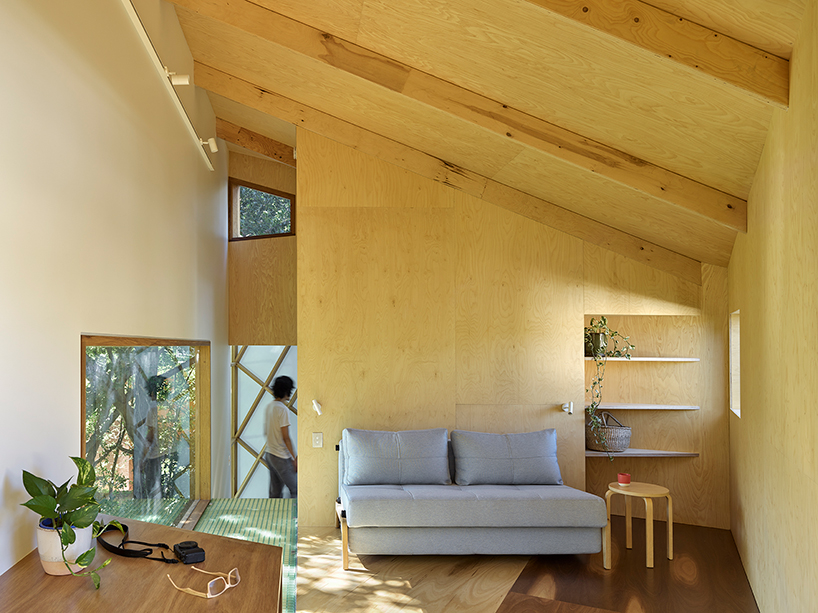 the upper level serves as a loft-like sanctuary 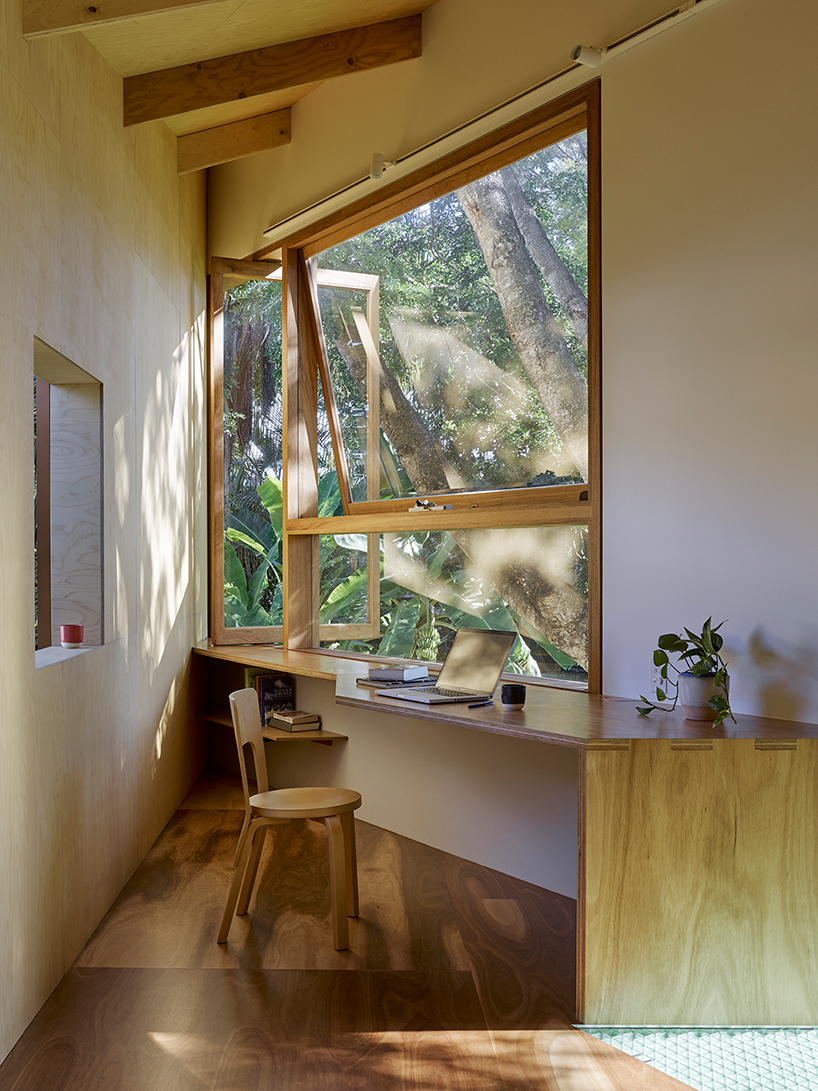 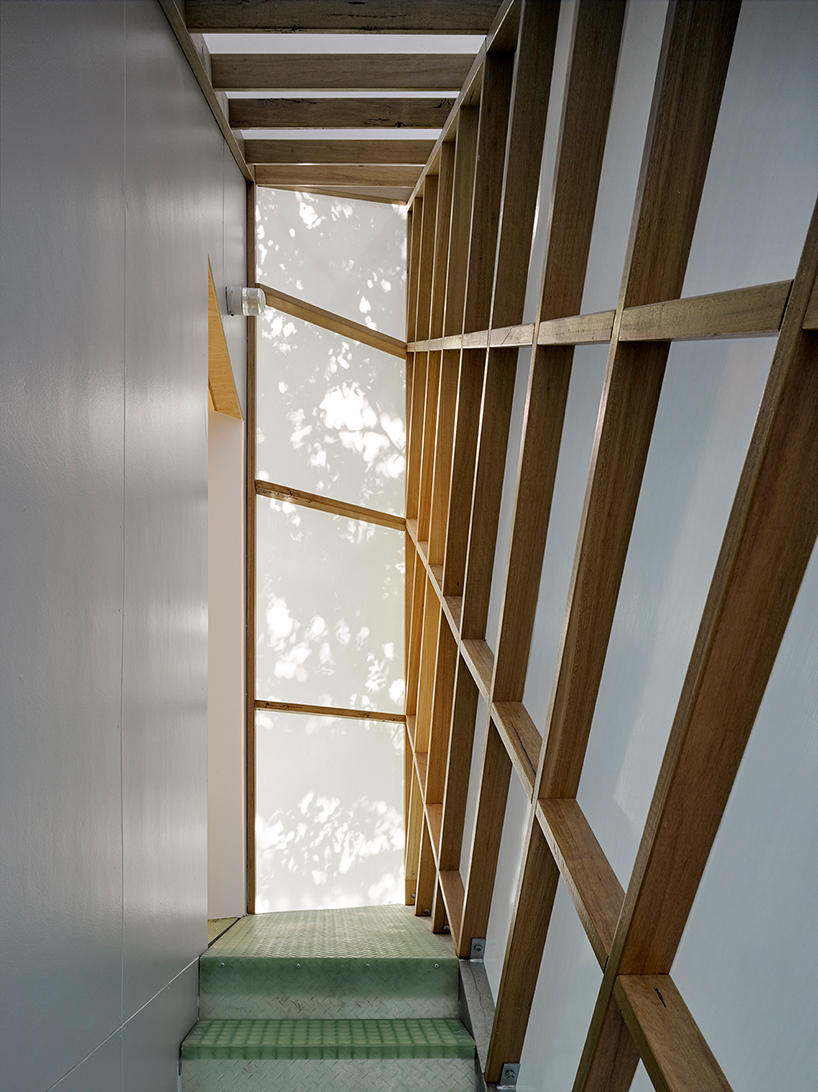 the short side contains the translucent stair nestled into the tree line. 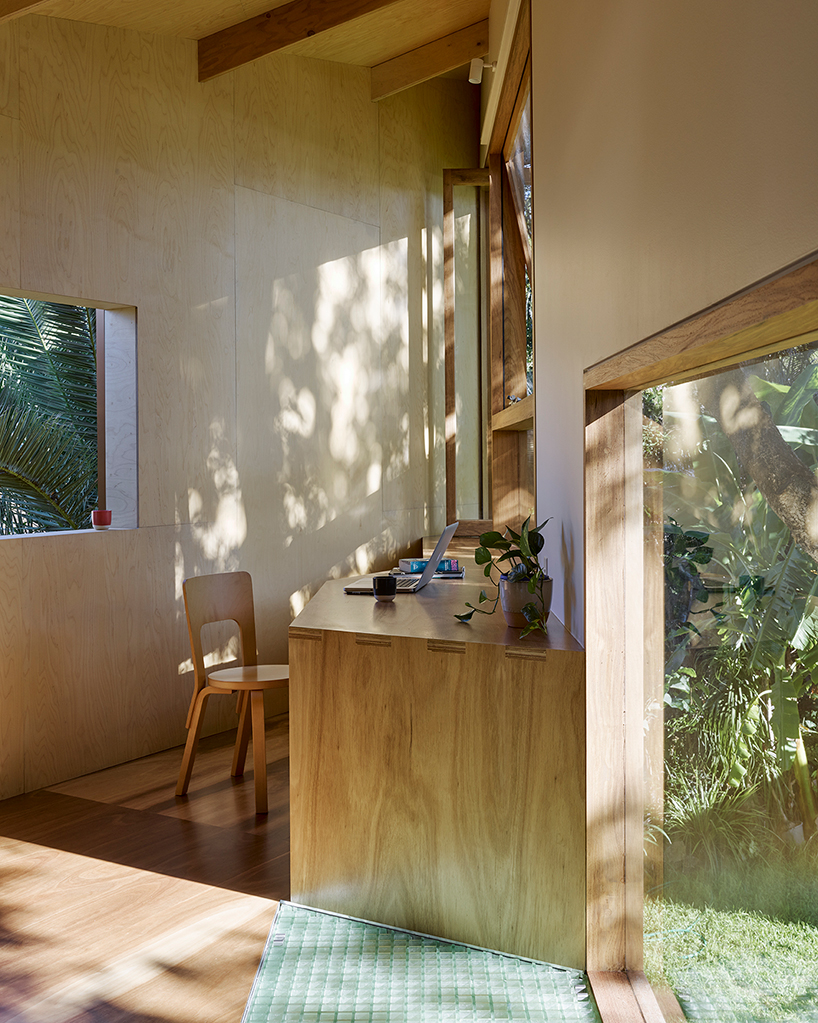 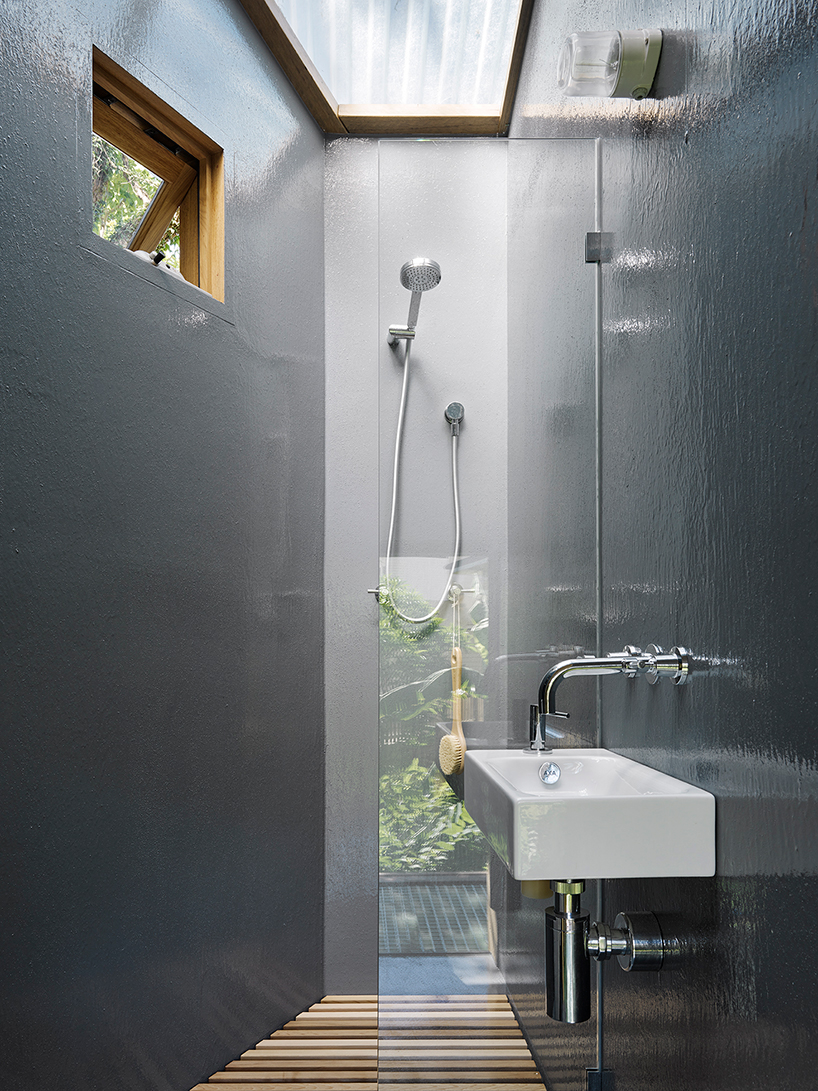 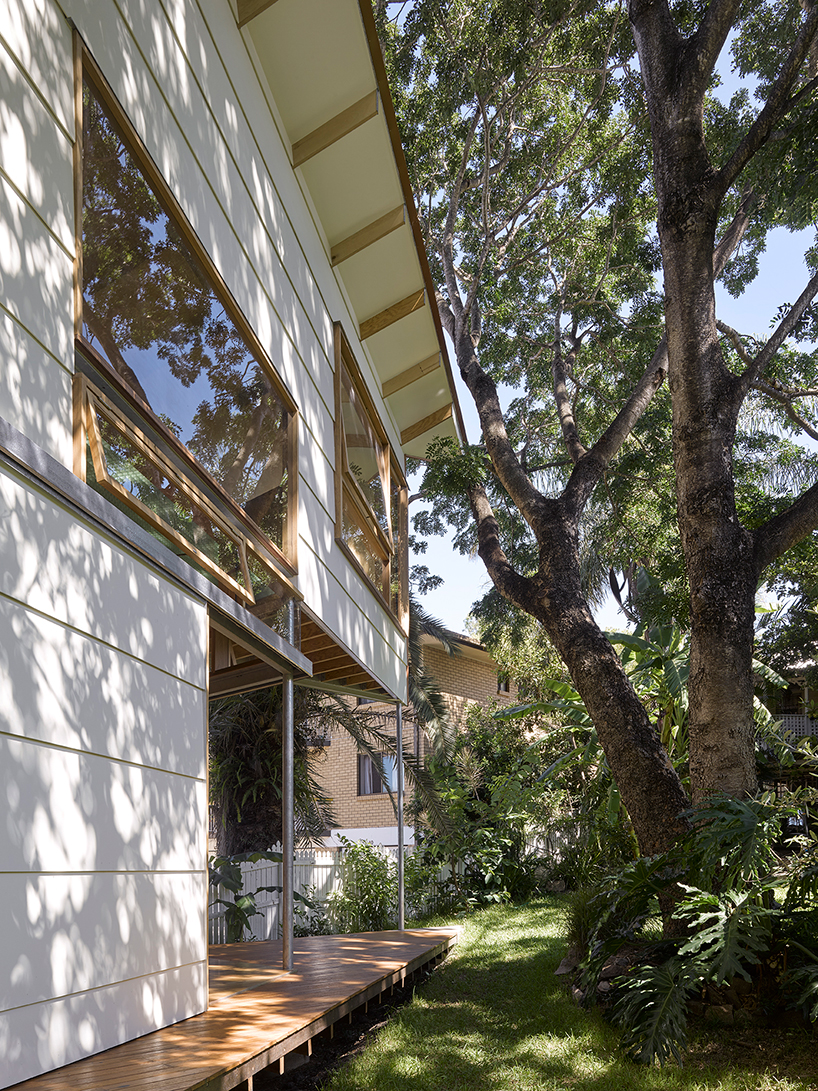 the structure  is stretched and elongated to reach the low branches 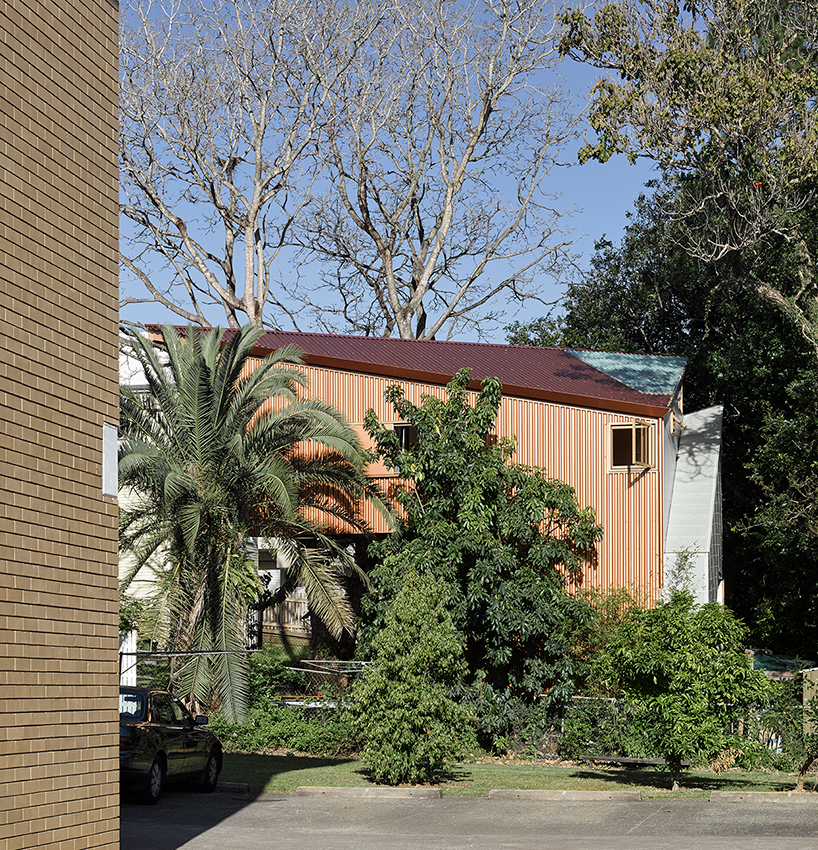