copenhagen collective pinkcloud have developed ‘flip/city’ an urban identity proposal for shanghai, china. the model questions the traditional typologies by redefining methods of organizing communities built on the human scale. the scheme flips the horizontal cityscape to the vertical. footprints of the existing urban landscape that are currenly only visible by plane are reorganized to become the new face of the upright community. this plan increases density by expressing distinct functions for its citizens, such as green space, on an individual level.

by expanding shanghai along the vertical plane, unused urban voids will be activated. proximity and areas for informal meeting spaces catalyze synergy and an increased sense of community life accommodating a wider range of undertakings. residential, commercial, educational, cultural, and infrastructural functions are arranged to enable walking distance between all vital activities, as neglected areas are infilled with installations and necessary equipment. 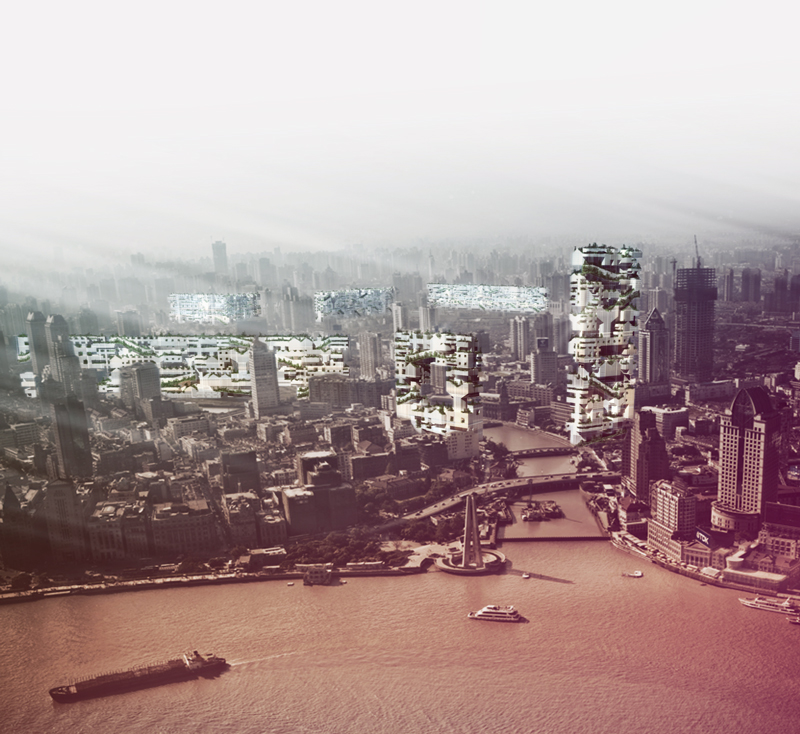 the project looks at sustainability from a social, economical, ecological and culture perspective. from a public viewpoint the anonymous feeling of immense cities is challenged by interconnecting typically isolated diverse city zones. value is increased through green space as dead voids and abandoned sites are renewed. heating and cooling is accomplished by collecting solar and wind energy. finally, the heritage of shanghai is preserved by reinterpreting its historical urban framework. 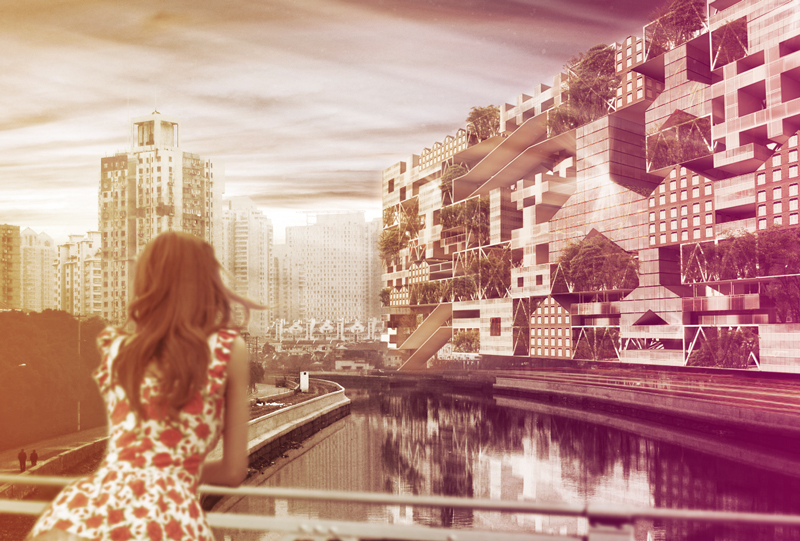 seven modular typologies are constructed in the micro scale which are visible from the human eye at street level. each classification houses a function that is readable from near and far distances to enable clear wayfinding and navigation for all inhabitants. at the macro level, unique typologies are configured and distributed with a parametric algorithm to maintain an individual scale throughout the project. the planner can choose a number of housing and office modules and select the density and footprint. the calculations optimize the arrangement  of units into close communities and uses site-specific qualities as parameters to improve the composition. ‘flip/city’, at the mega-scale uses different footprints to optimize the parametric arrangement of its modules. the proposal can be modified to a wide range of situations from environmental influences to social structures. six diverse sites with unique urban problems for analysis were used to test the model’s flexibility and adaptability. 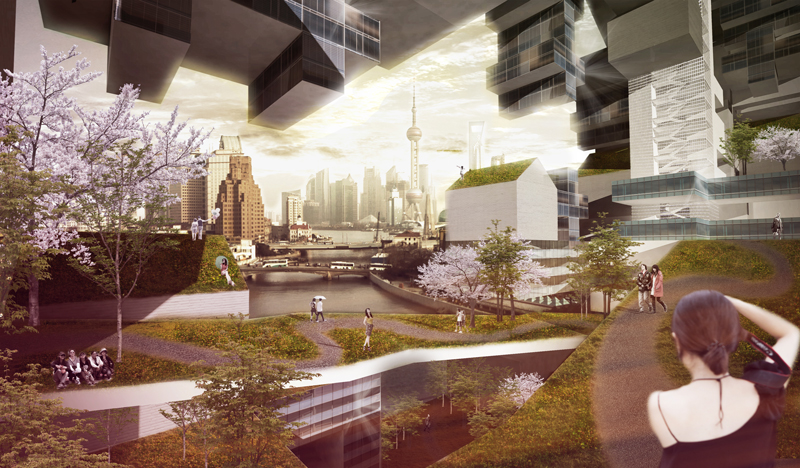 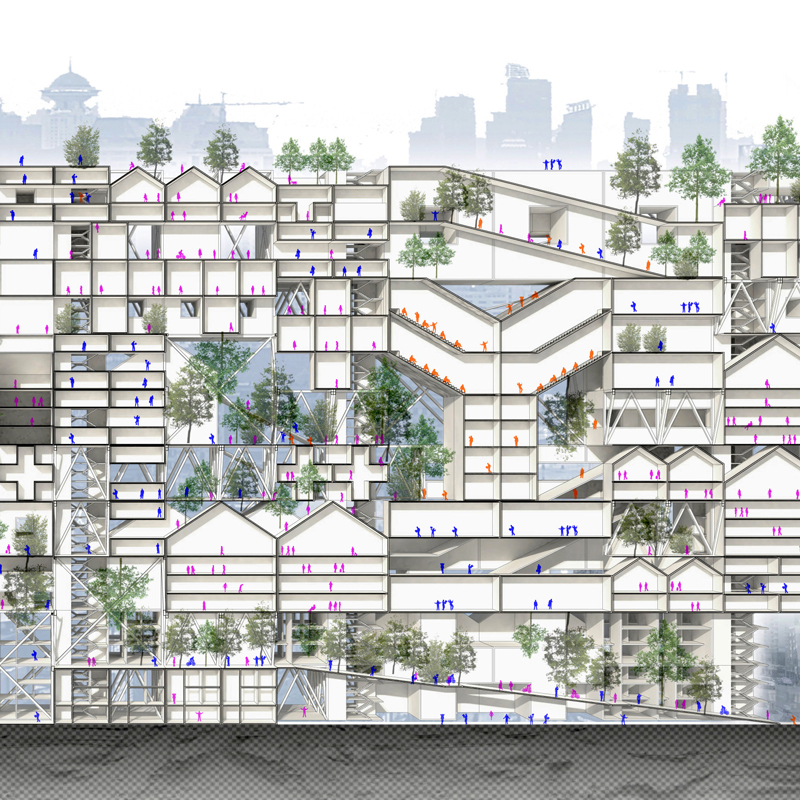 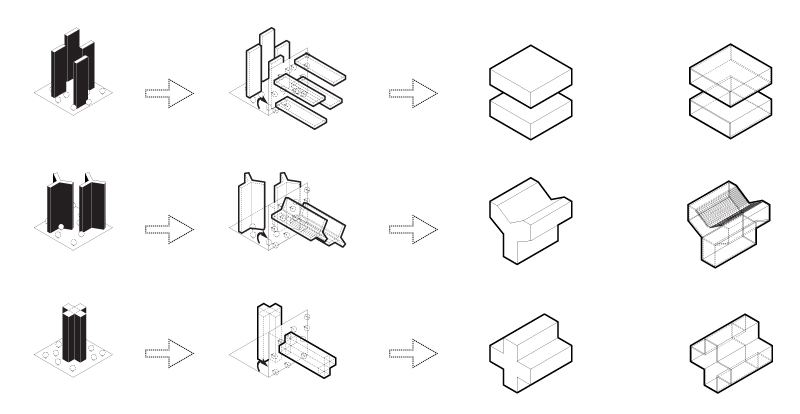 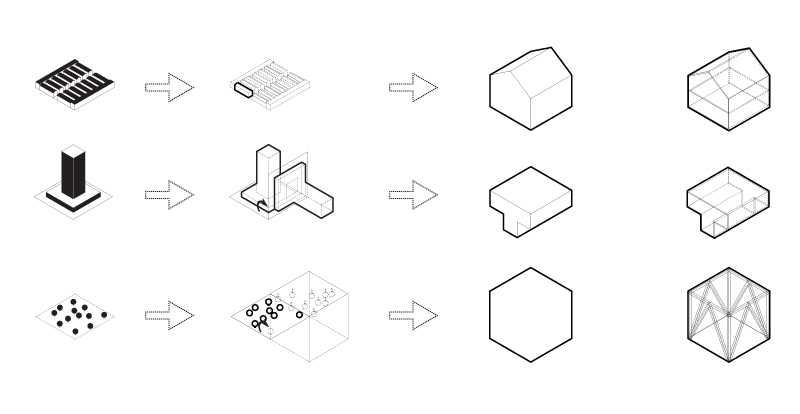 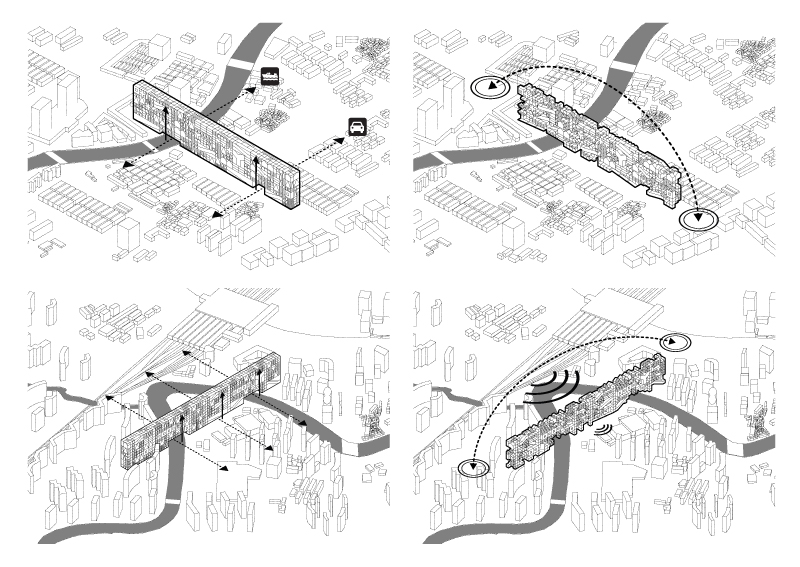 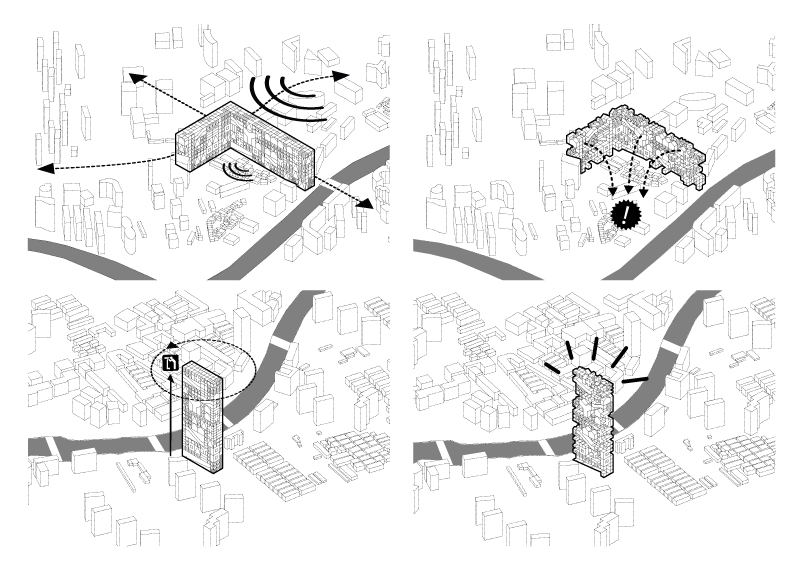 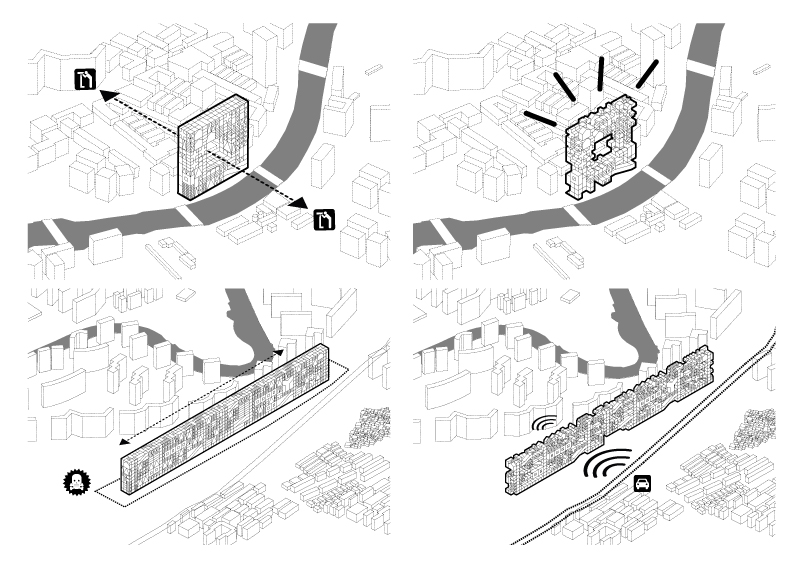 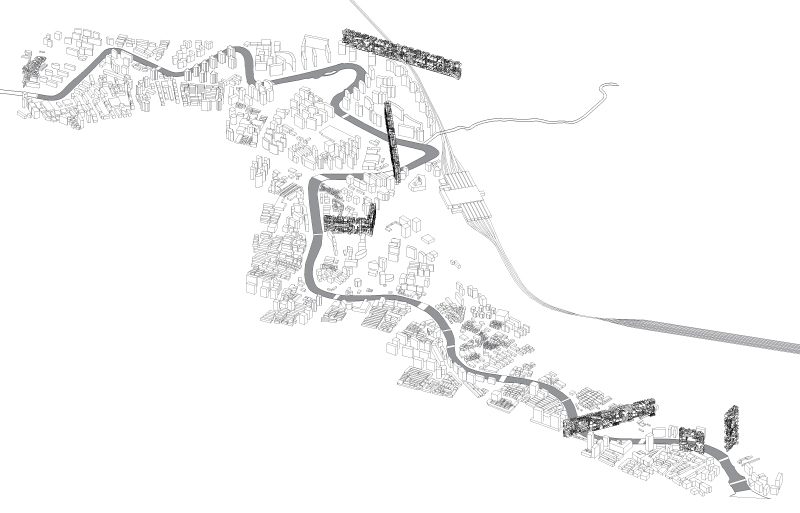 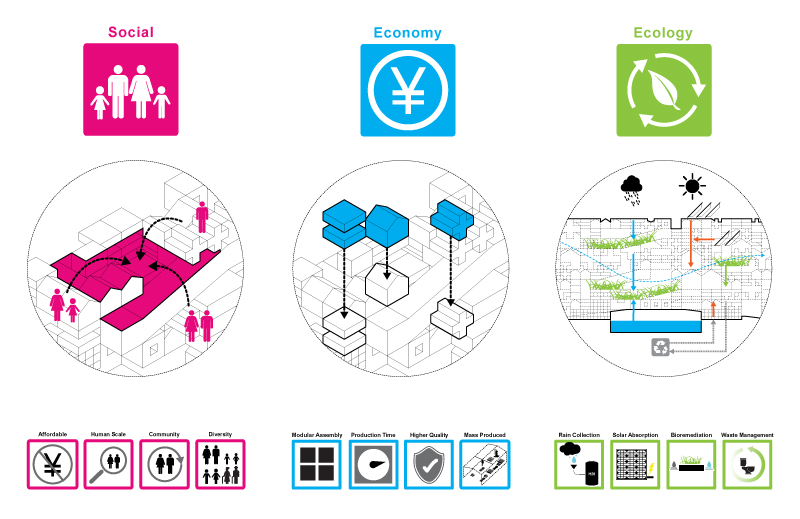 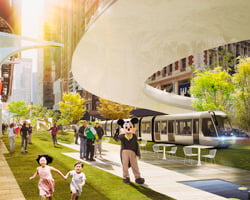 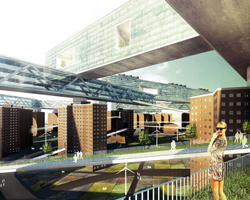