milan-based architecture studio piuarch has designed the expo milan‘s ENEL pavilion as virtual forest, comprising 650 polycarbonate vectors that express the innovation of a smart grid. at the core of the installation is a lighting system, which makes the beams aesthetically similar to the nerve endings of an organism in constant flux. the arrangement of these ceaselessly-shifting, luminous vertical elements defines the volume that encompasses a series of internal areas and green courtyards. 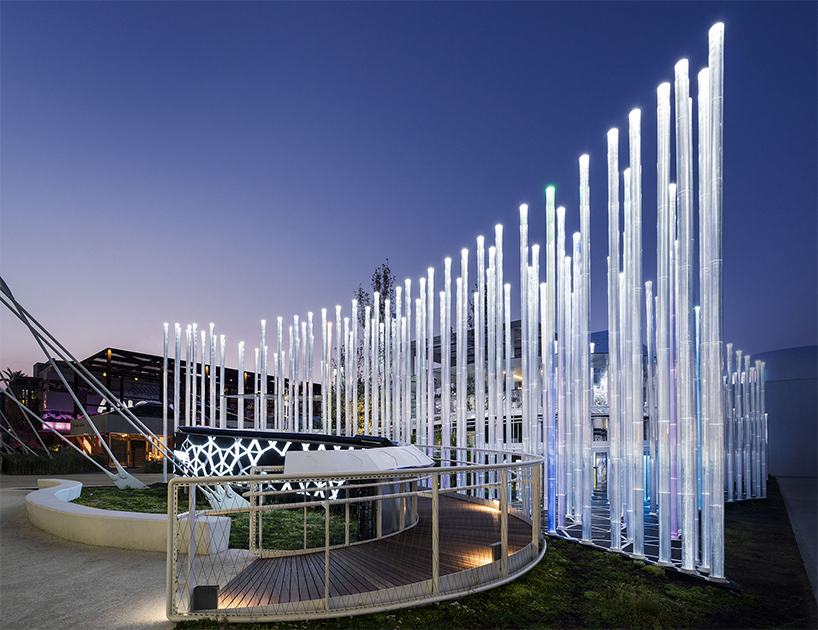 650 polycarbonate vectors express the innovation of a smart grid

the pavilion occupies an area of 900 square meters overlooking the decumano, both conceptually and structurally a grid which can be seen on the ground. this network is spread across the floor and forms an undulating pattern. a series of LED lights placed on the grid, and the varying heights of the tubes, generates a dynamic and kinetic sequence and vibration of activity. the alignment and overlapping of the vertical elements produces a continuous change of the visitors’ perception of the space. the entirety of the system is powered by energy obtained from photovoltaic panels installed on the pavilion façade. 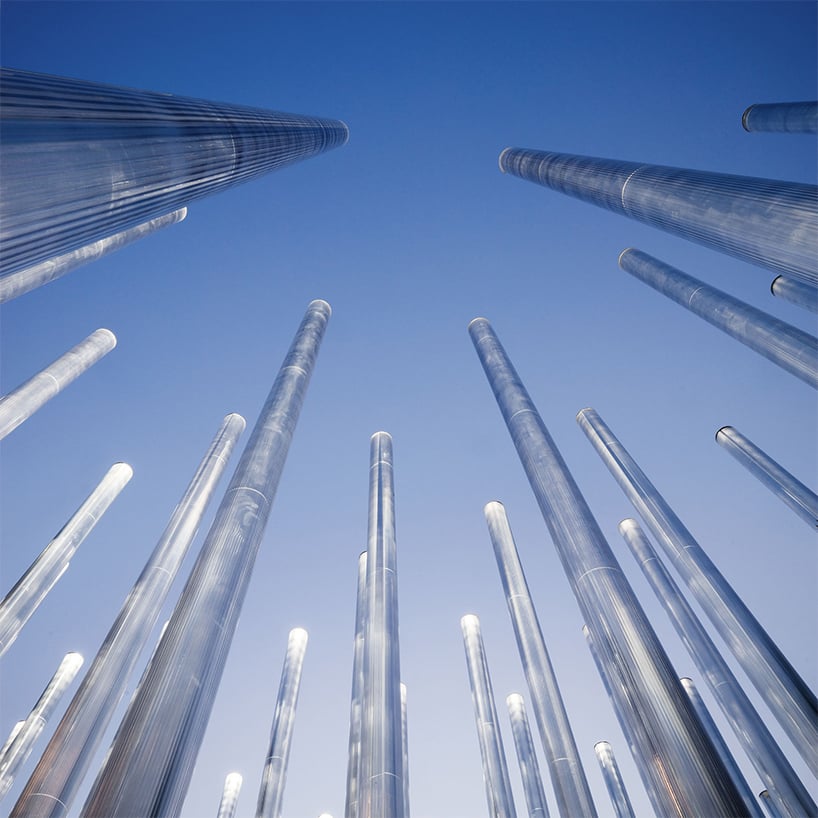 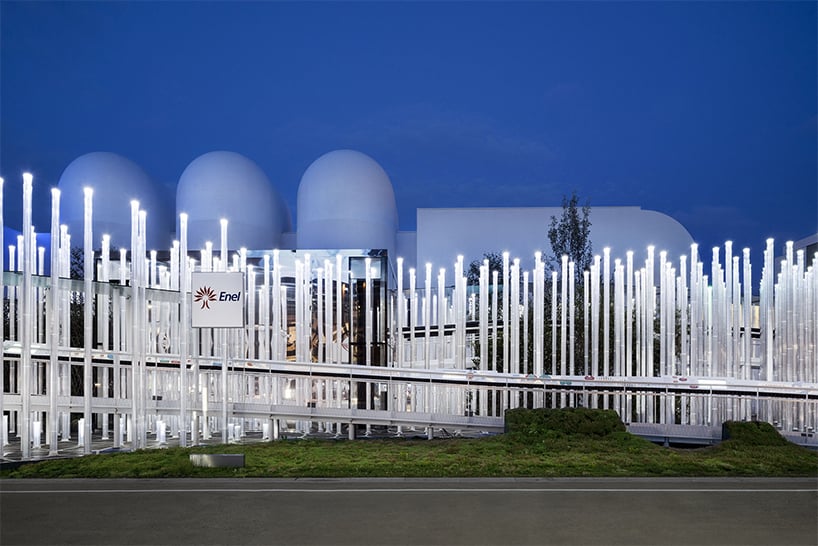 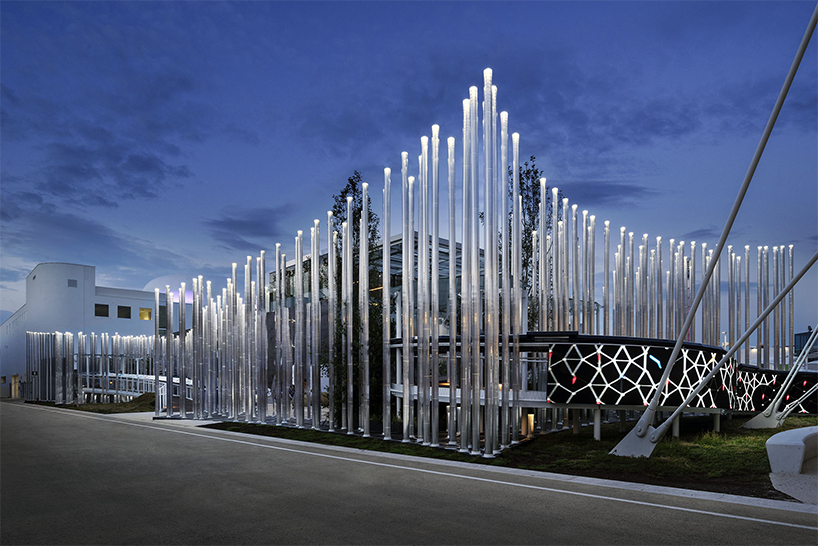 the arrangement of the luminous vertical elements defines an external volume 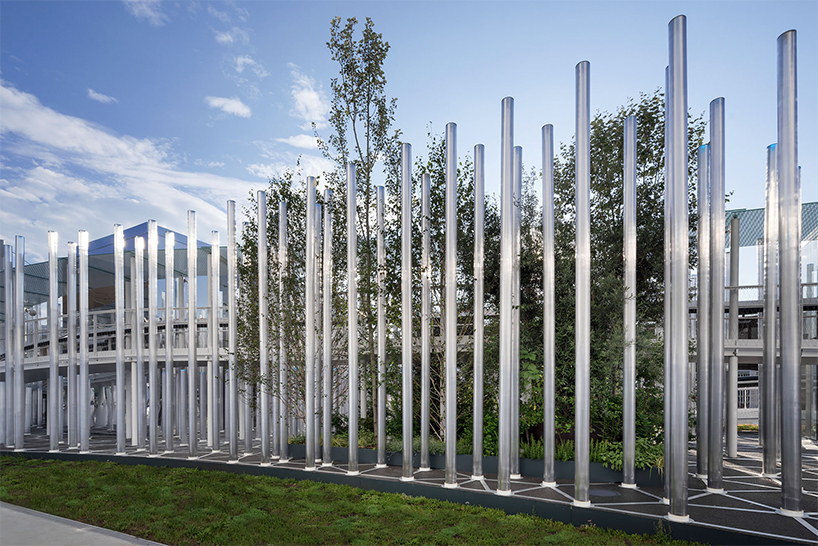 the beams vary in height around the expo site 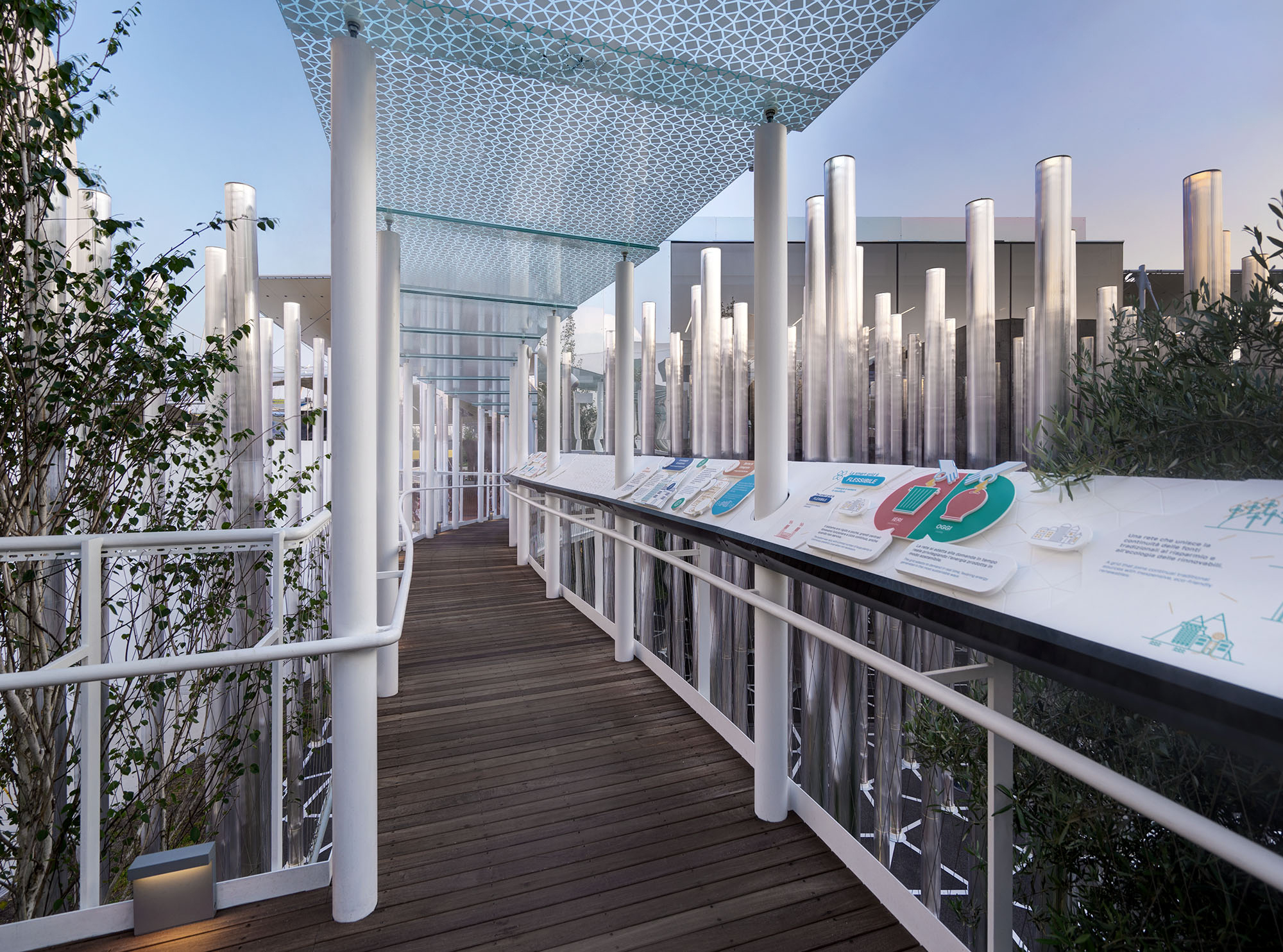 internal areas are encompassed by the glowing vertical beams 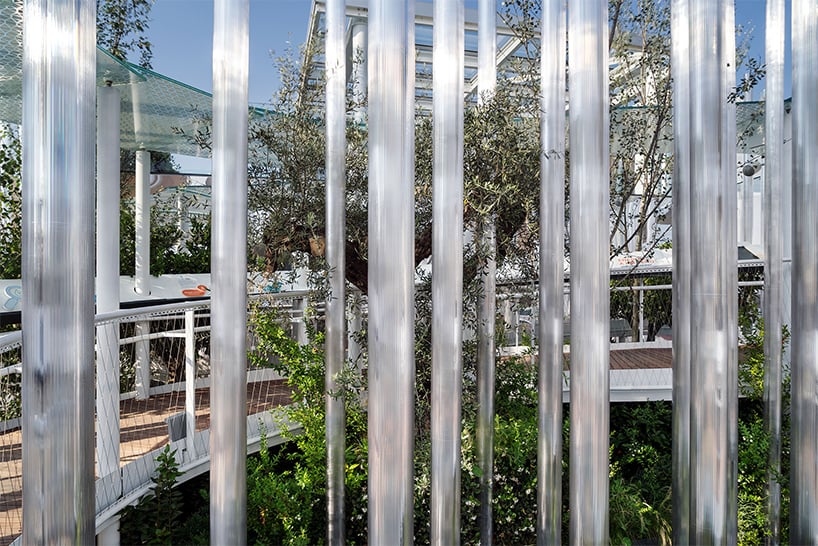 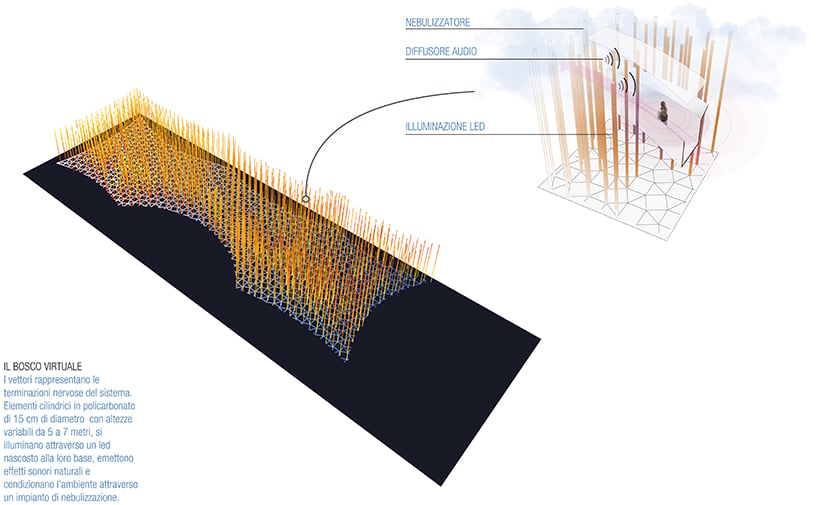 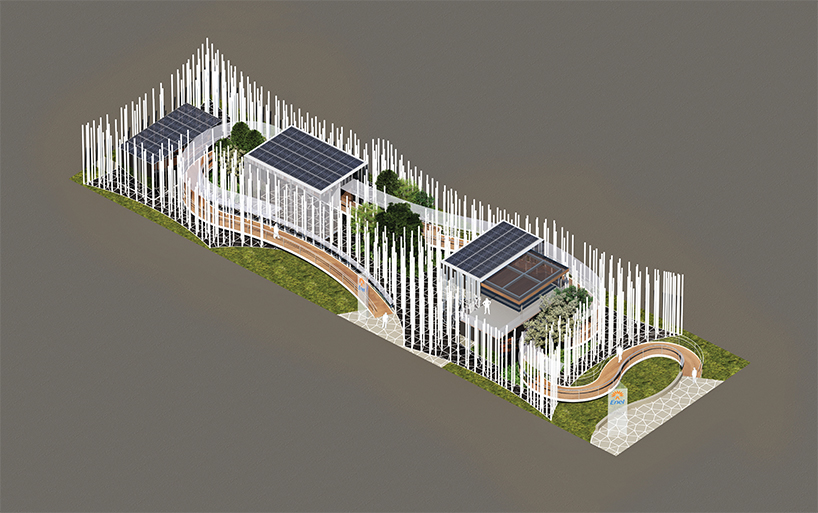 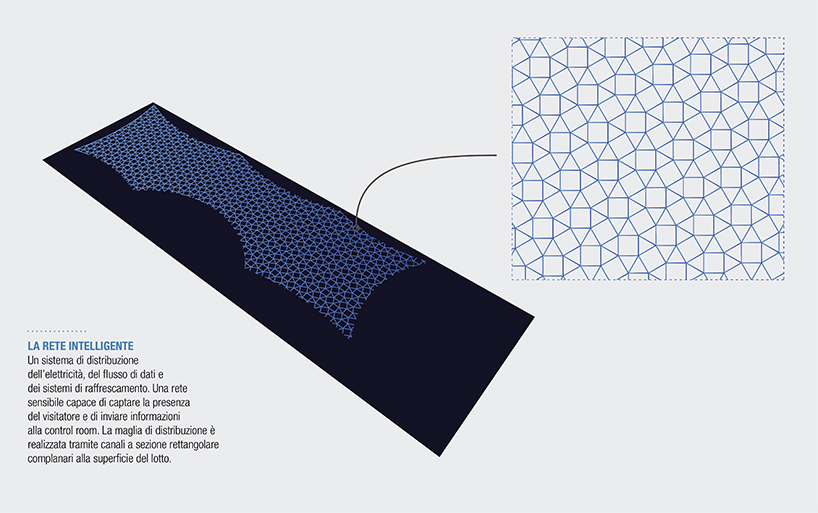 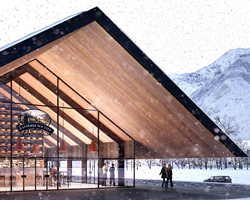 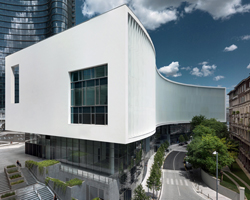