seoul-based architect and artist group planning korea has released ʻggac jipʼ, a residential concept geared toward the young creative inhabitants and cultural immigrants of jeju island. this leisure destination is a UNESCO world heritage site that is seeing peripheral development. these areas serve as refuge for all to escape urban life. a series of modest houses which is being introduced as a ʻself-sustaining economy systemʼ. each dwelling measures 220-square-feet(20.30m2) dwelling with self-sustaining system is ready to be implemented on jeju island. 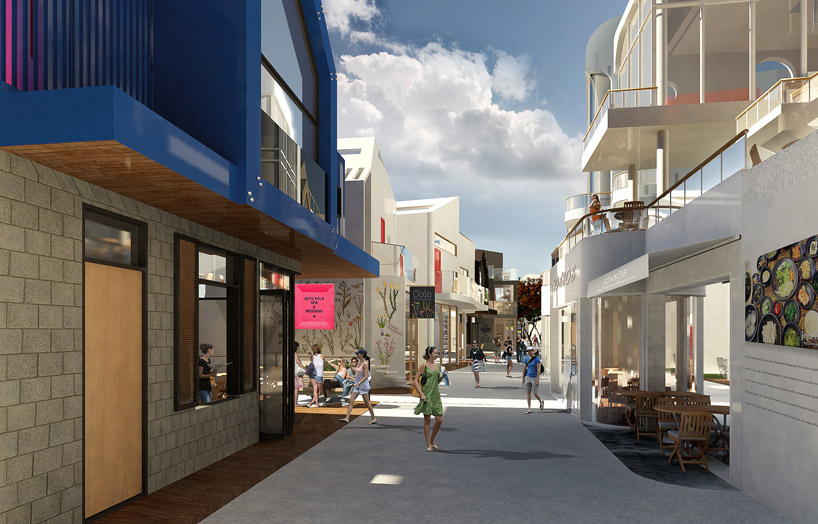 the street maintains the natural topography of the island

modeled after get-ggac (columnar basalt pillars), which are commonly seen along the sea shore, ‘ggac jip’ features multiple different levels and angles. there are three types available in 14 forms with four sizes, which form tiny little village, called ʻmarket walkʼ. another 96 units are located near the jeju ocean. along the street that maintains the original topographical features of the site, the arrangement of edifices is based on a grape vine-like layout, traditional to the island. 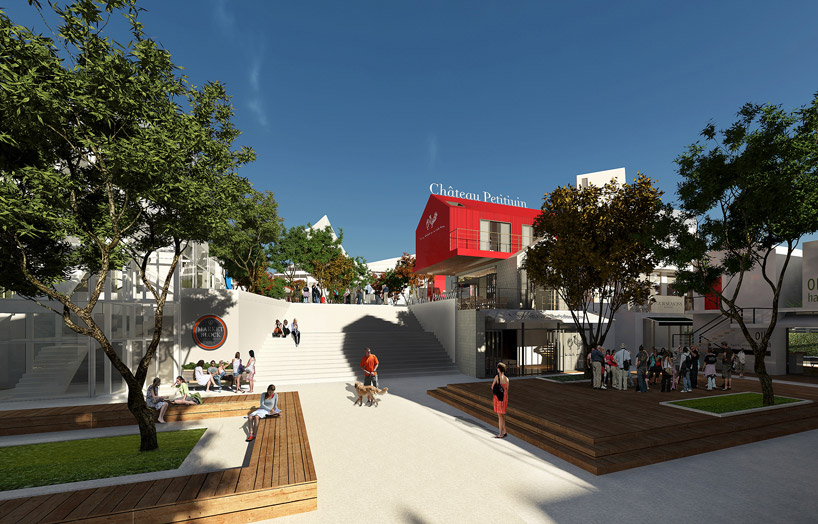 public spaces are planned into the pre-fab village 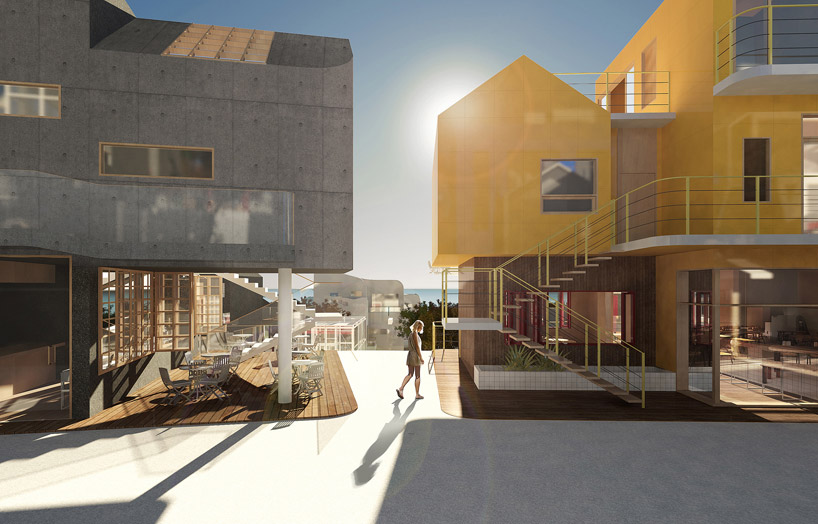 views of the sea are maintained from all dwellings 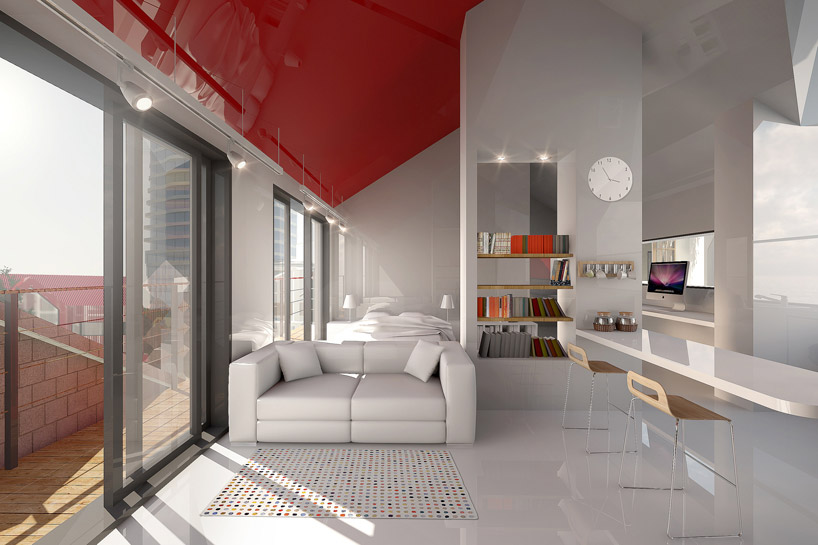 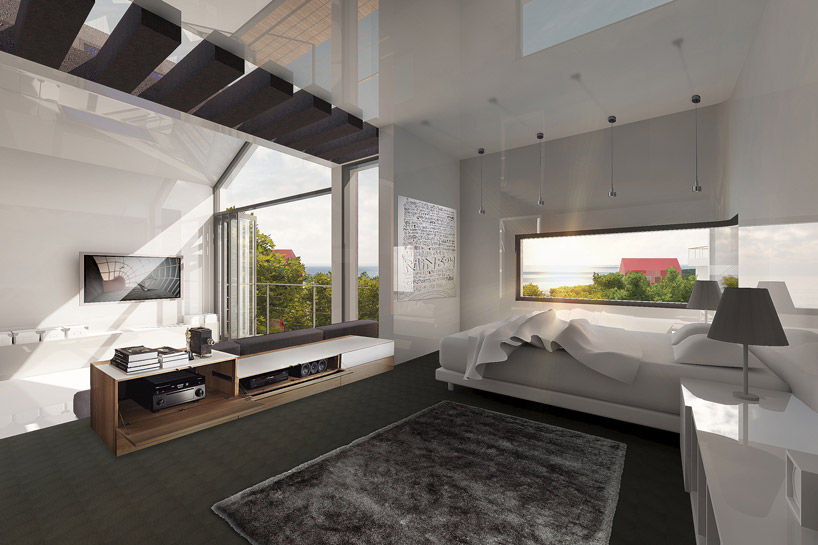 each unit is planned to maximize views and daylight exposure 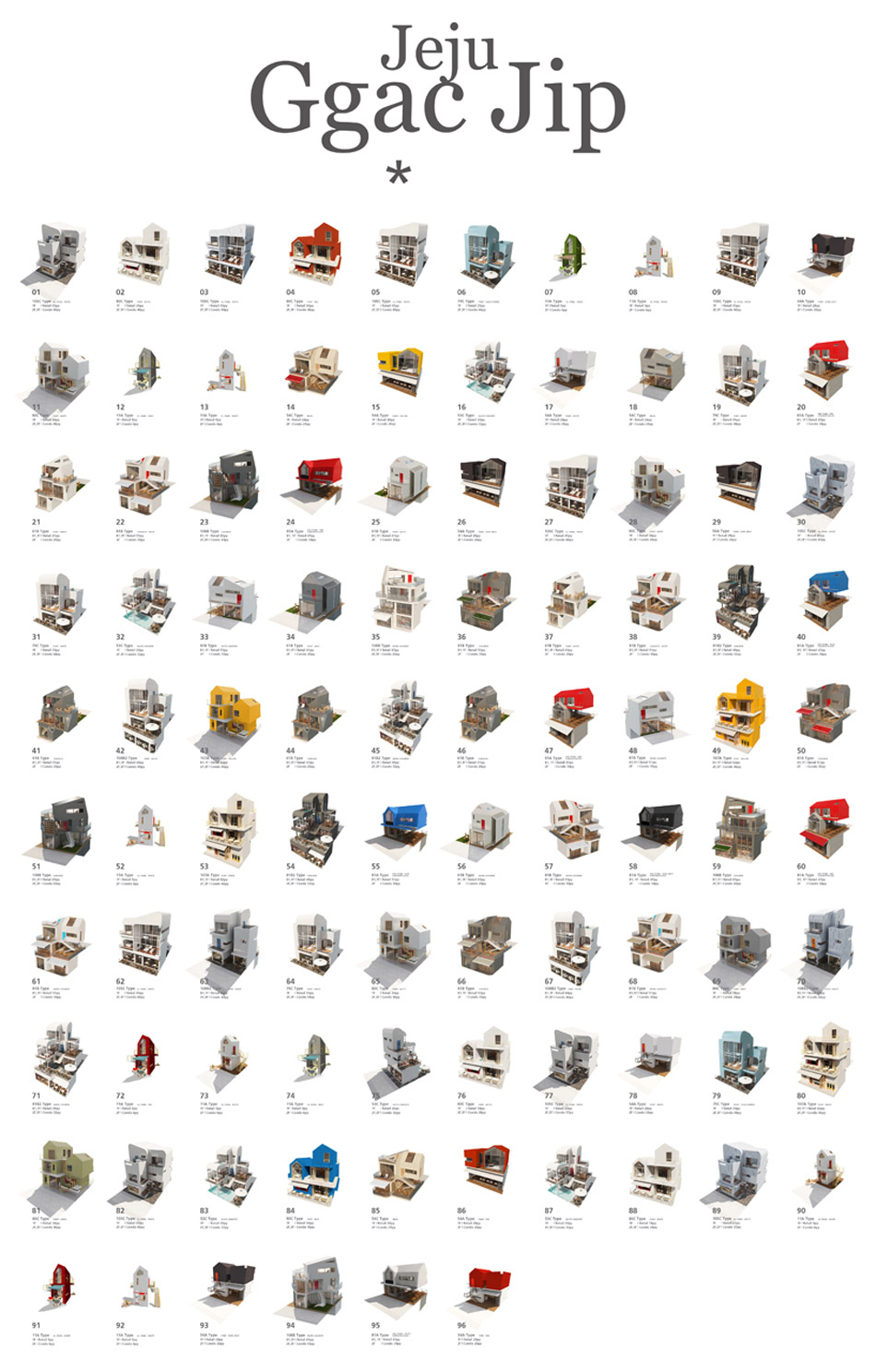 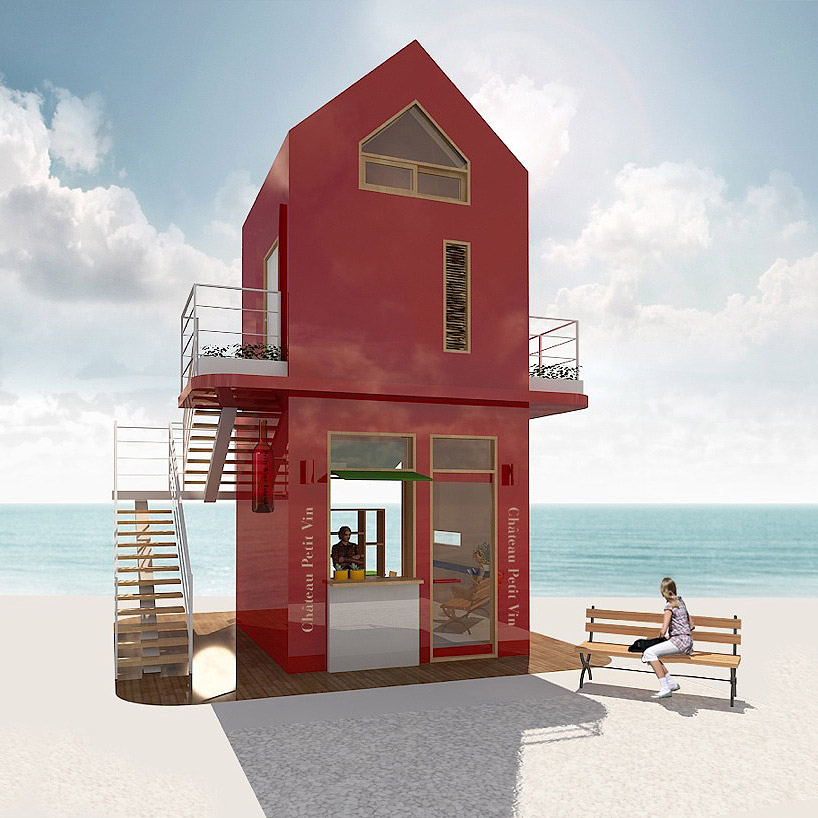 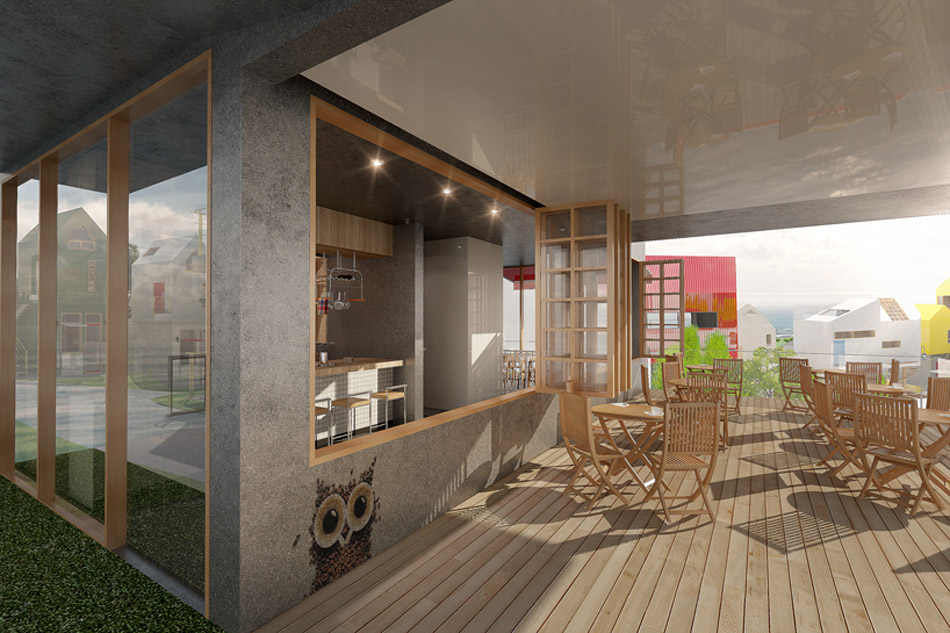 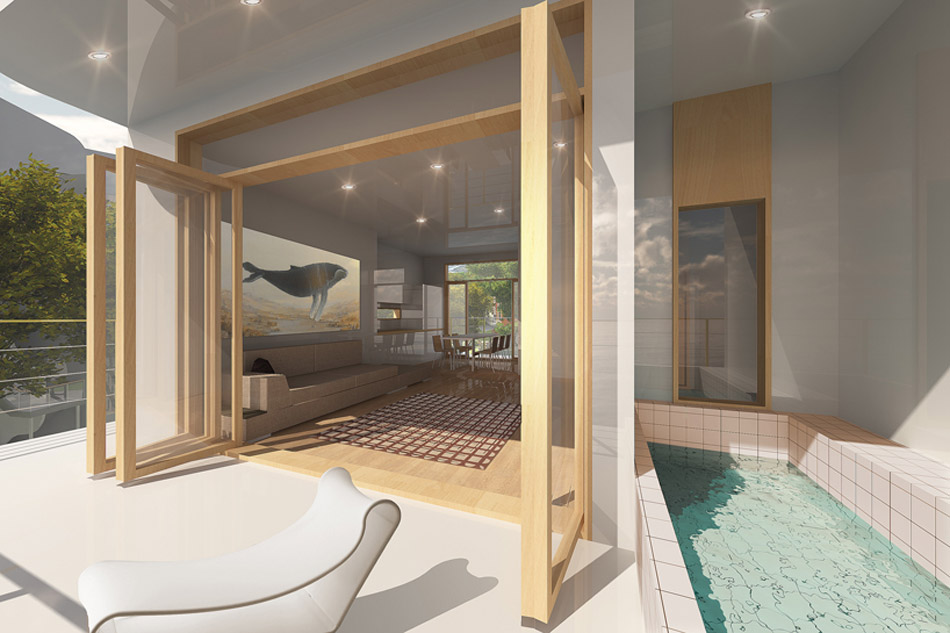 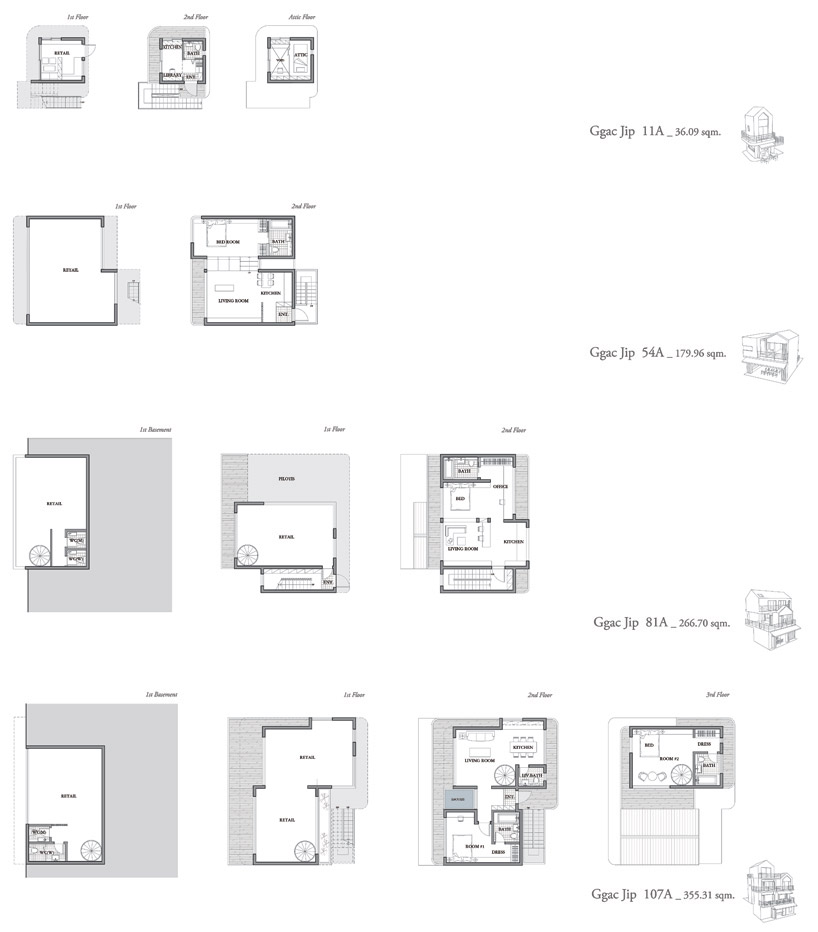 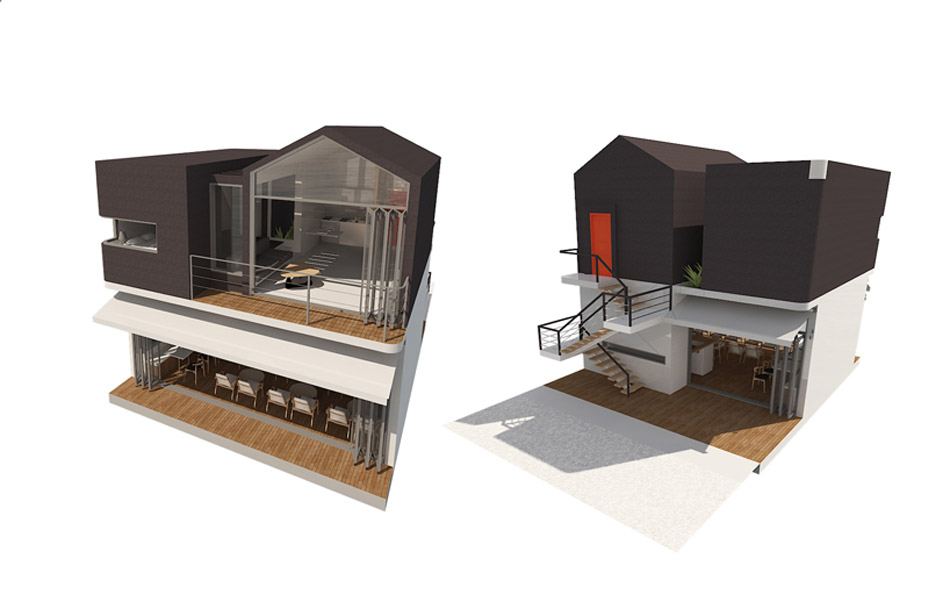 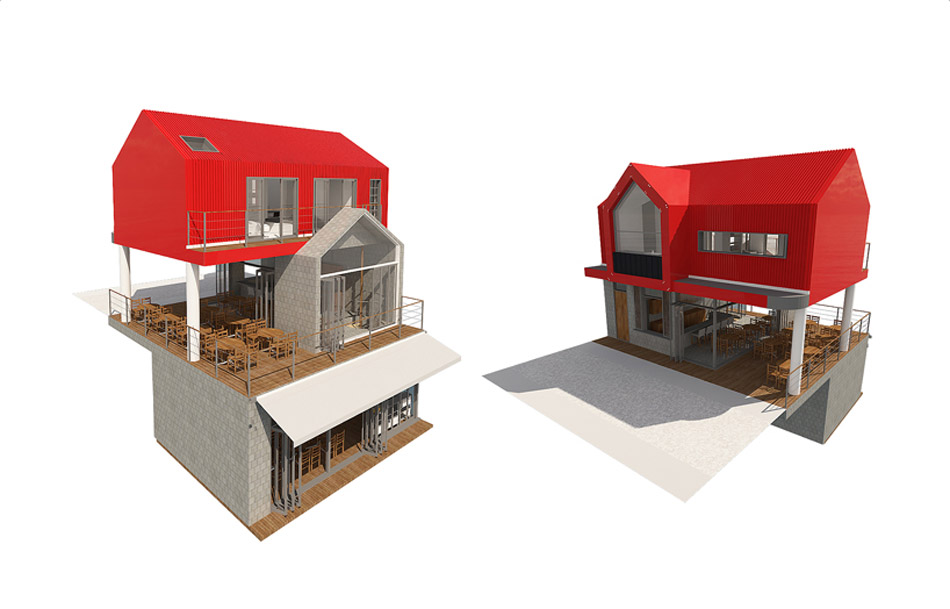 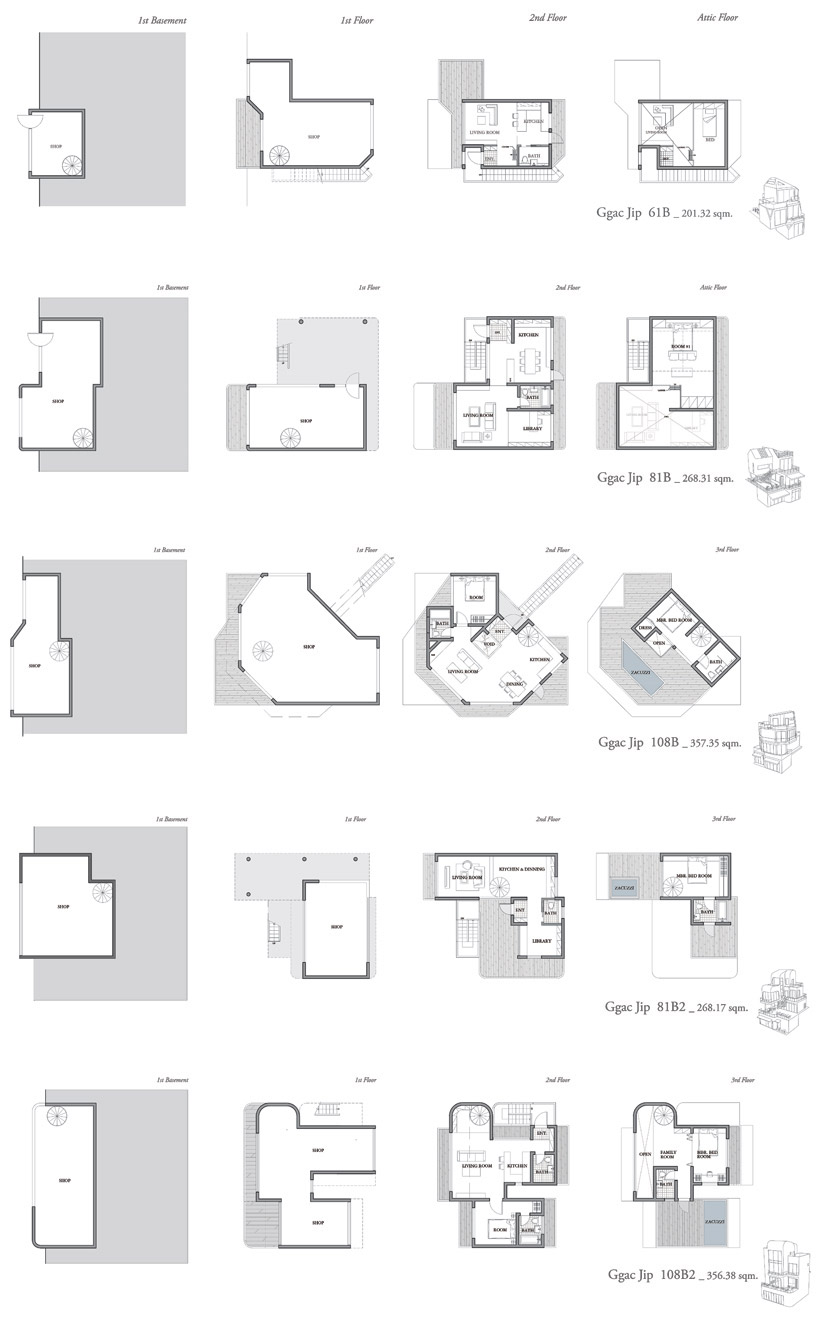 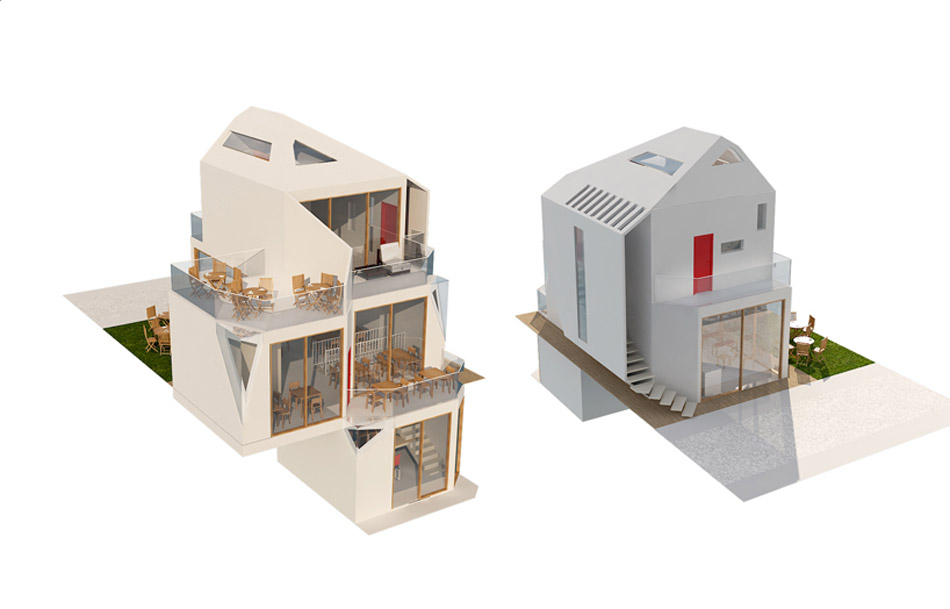 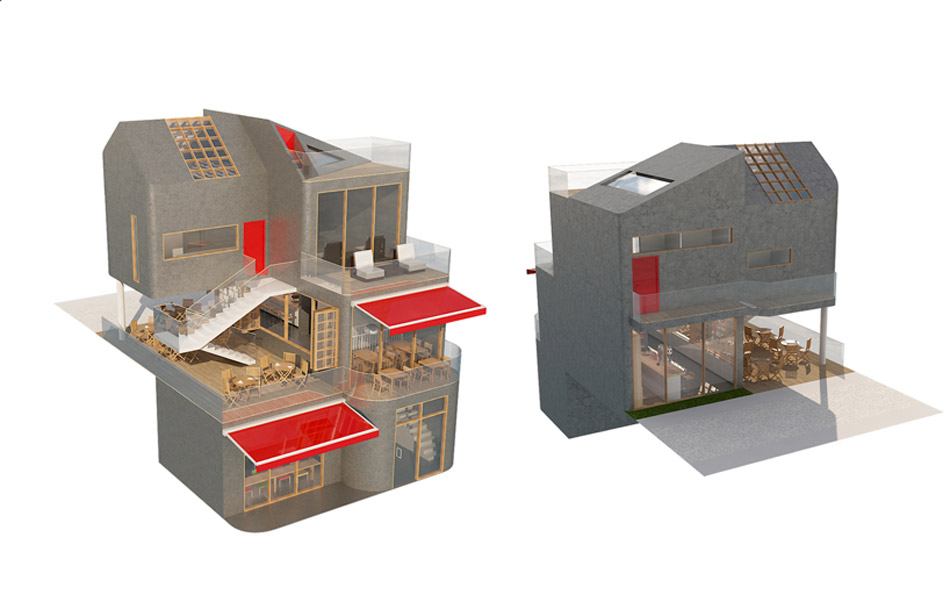 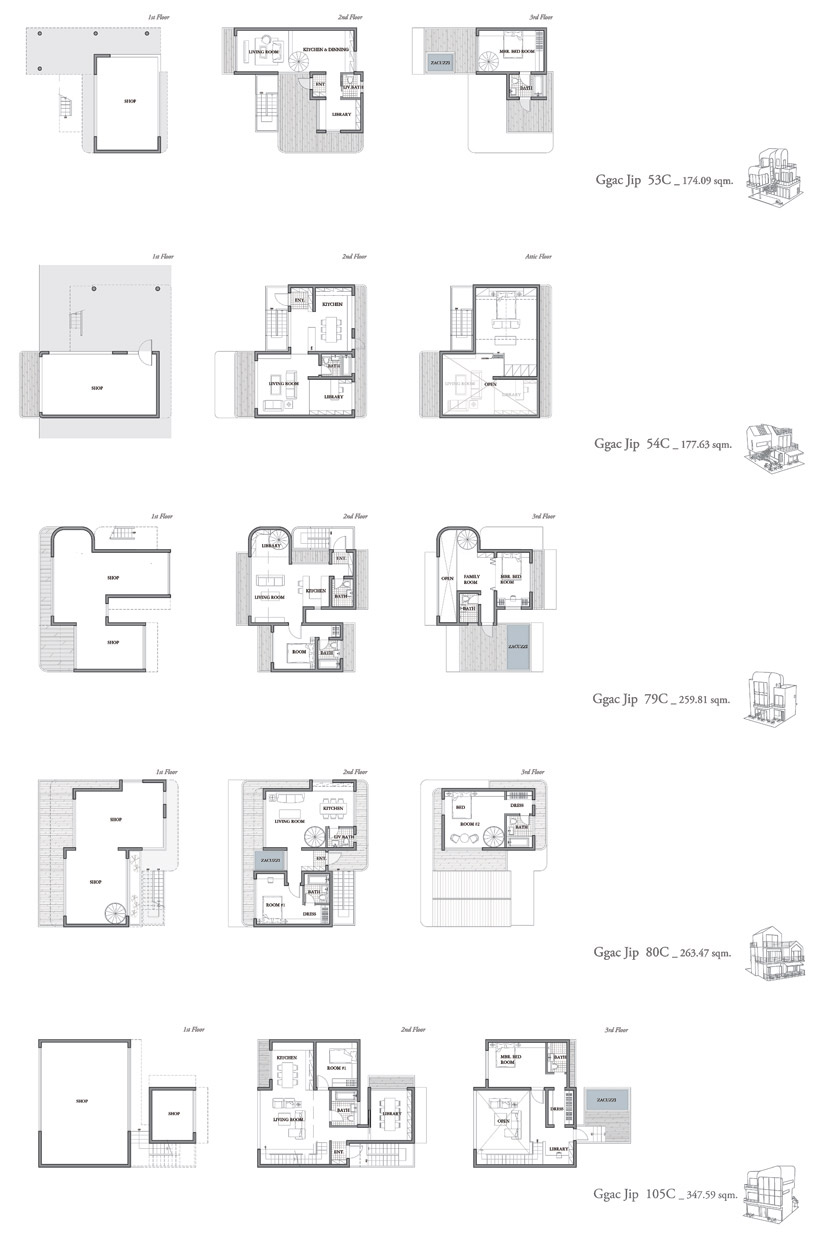 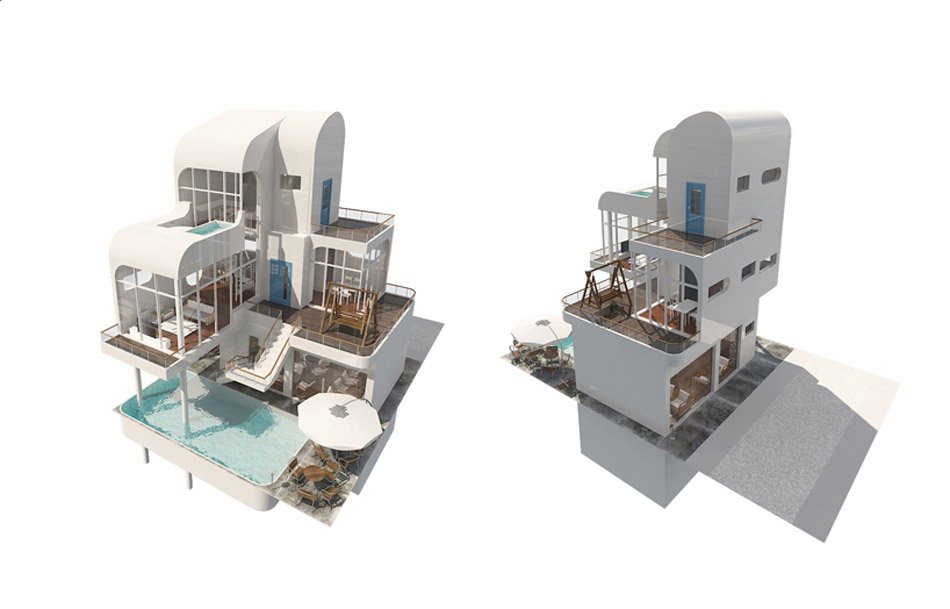 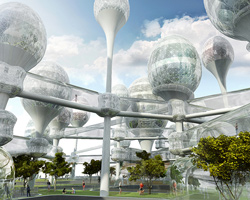 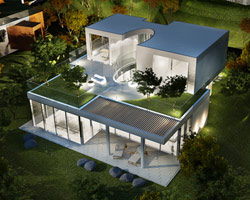 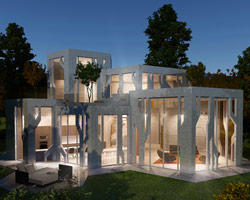 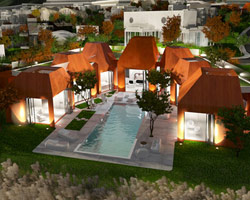 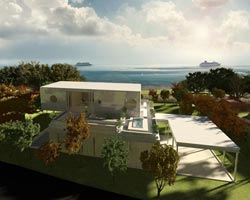