seven years after the 9/11 twin towers terrorist attacks plans have been released for a museum building for the world trade centre site. architect craig dykers and his snohetta firm have combined the old with new using parts from the original towers. two trident shaped columns that survived the attacks will be located in the atrium of the museum pavillion. standing at approximately six storey’s high the building will contain areas devoted to public programs and museum functions, as well as an area for mechanical and ventilation equipment that will service both the underground museum and nearby world trade centre transportation hub. the ground floor will contain staircases, escalators and elevators leading visitors 70 feet below street level to the memorial plaza. the museum’s exterior will be clad with metal panels. it is expected to cost 80 million USD and will open in 2012. 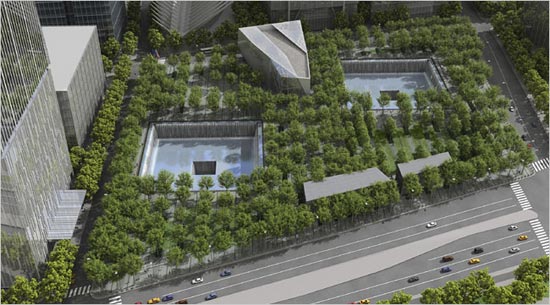 the world trade centre site, the entry to the pavillion at top centre 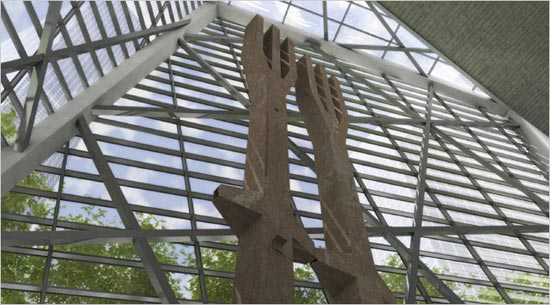