surrounded by the sweeping range of the italian dolomites, plasma studio’s haus schäfer receives a fractal new roofscape. while the existing structure with its expressive roof is nestled within the historic fabric of san candido, the overall building maintains the traditional language of its context. the first three levels are programmed with retail while the upper three levels have been transformed from a partly underused attic space into four large, independent apartments for the owner and his three daughters. one facade looks toward a public plaza, while efforts were directed towards the rear facade where it was possible to slice the inclined plane of the typical pitch roof and enable daylight to penetrate into the new living spaces while generating generous exterior balconies. 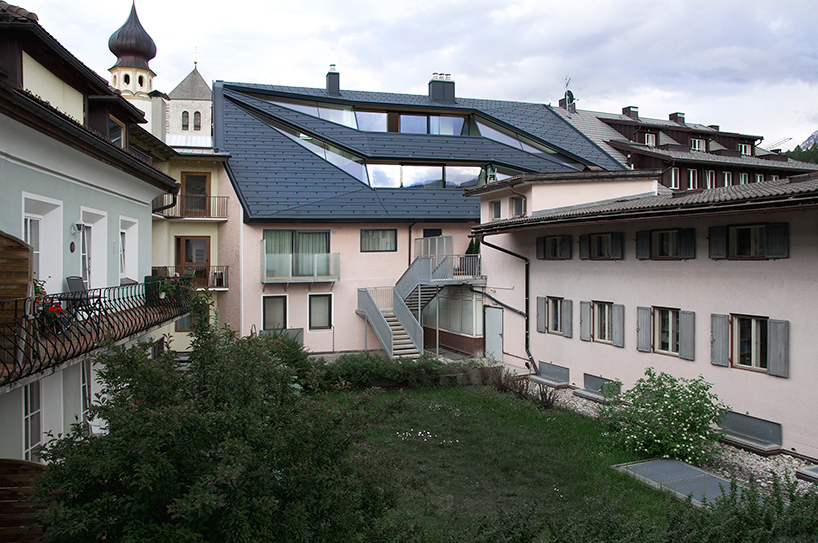 all images by michael pezzei

plasma studio notes that while the schäfer roofscape seems at first simple and straightforward, the proposal digs deep into a complicated discussion. the dialogue between the local vernacular townscape and building fabric permits a plethora of additive architectural elements, one primary element including dormers that enable the occupation of attic space. the design team’s strategy of carving out from the triangular volume seeks to generate a new language that is pure, less intrusive, and formally reserved. this project aims to open up the discussion by respectfully working from within the local vernacular but expanding, embracing and articulating new contemporary options that also relate to the conditions of the area in various ways. 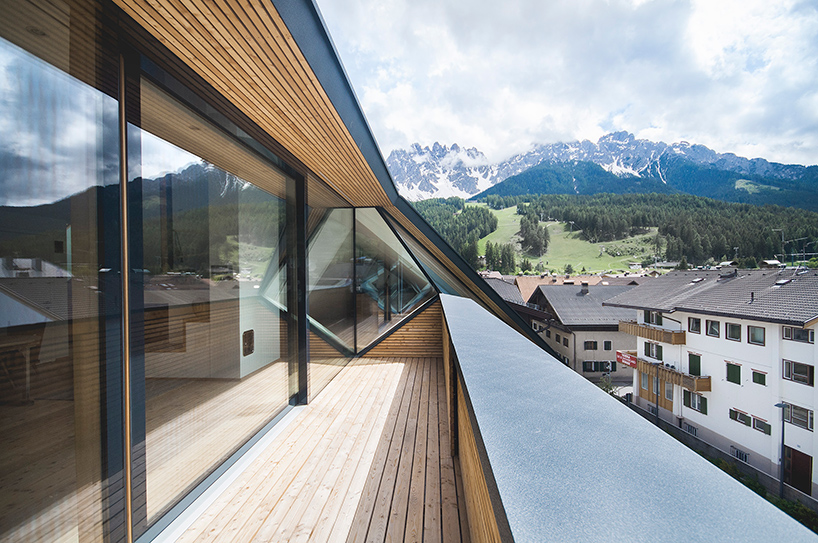 with the schäfer roofscape, plasma studio explores how slicing and folding can be employed to expand the limits of the typical pitch roof. rather than introducing a totally foreign geometry, the team manipulates the original proportions and relationships, establishing a dialogue between the contemporary and traditional language. the complexity of the interior spaces is a result of the envelope’s geometry. the intrusions are partly translated into glazed balcony slots producing an abundance of light, views and a generous exterior expansion space within this dense urban situation. to enable the new occupants to be connected to their surrounding context rather than feeling introverted. 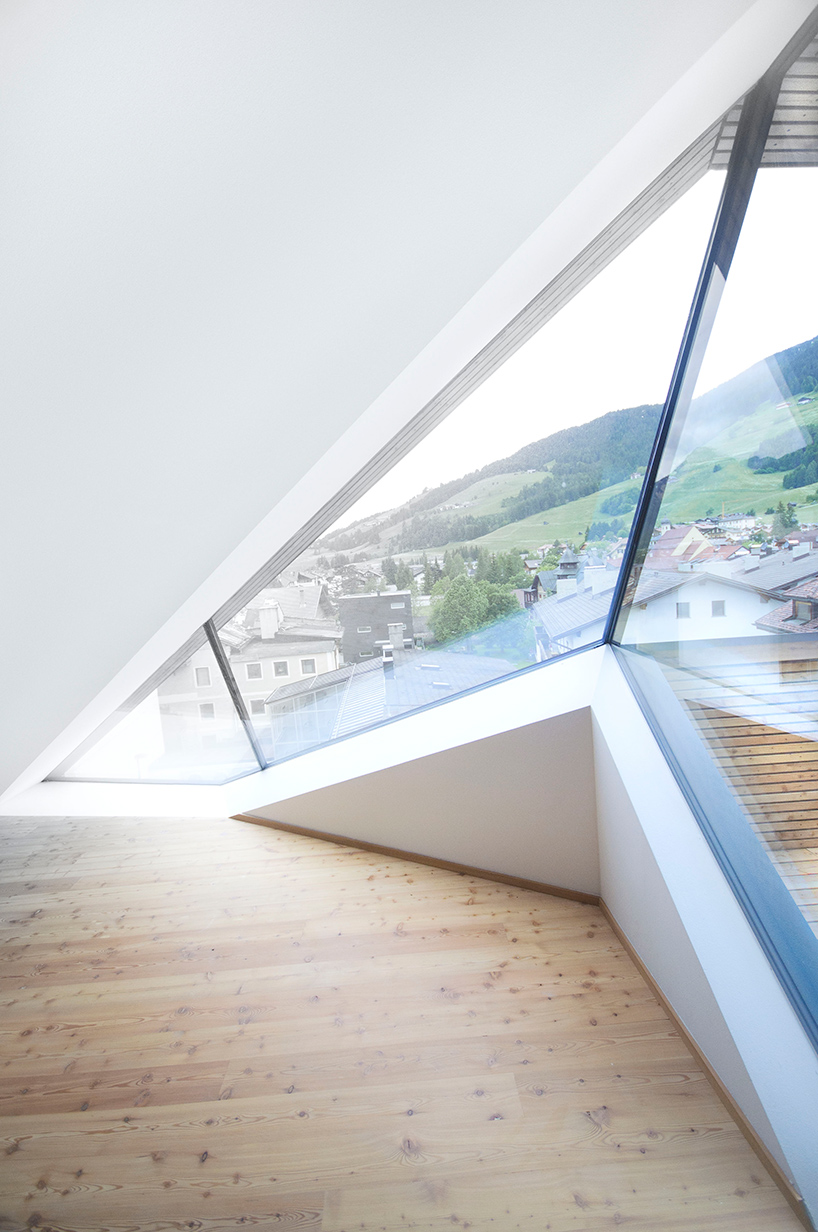 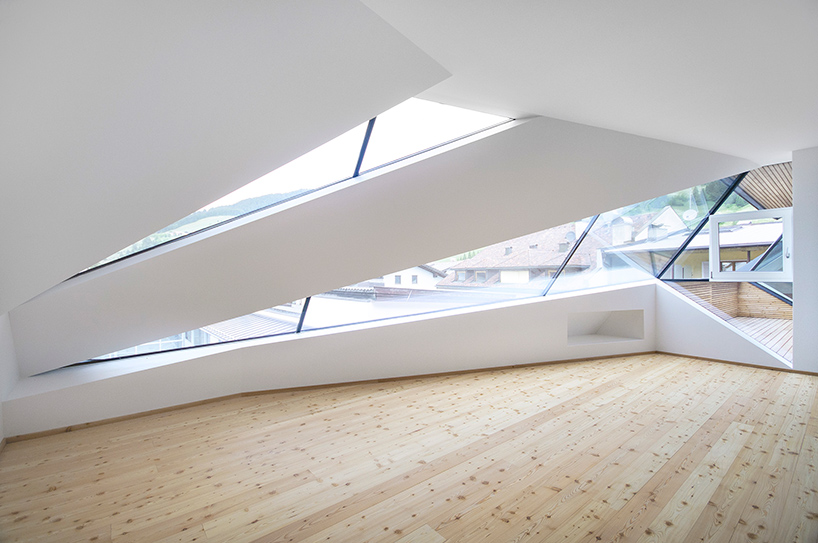 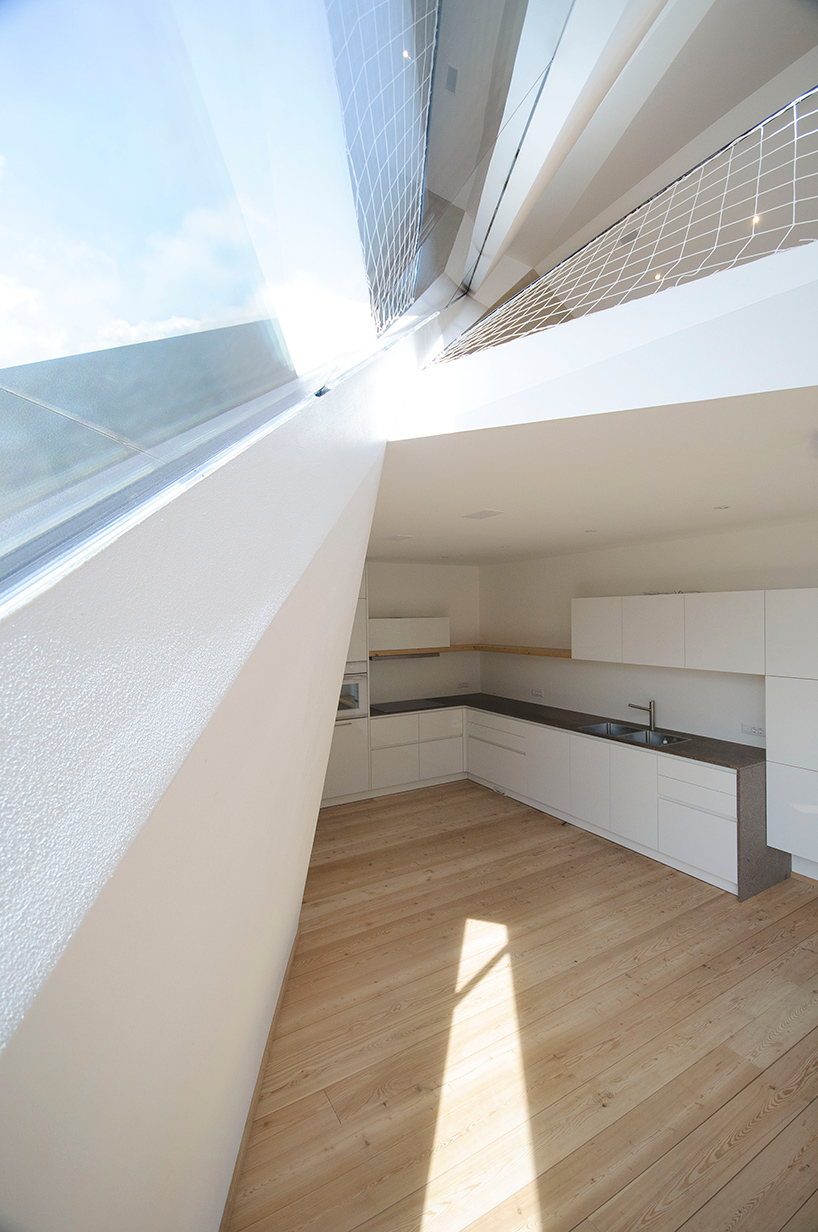 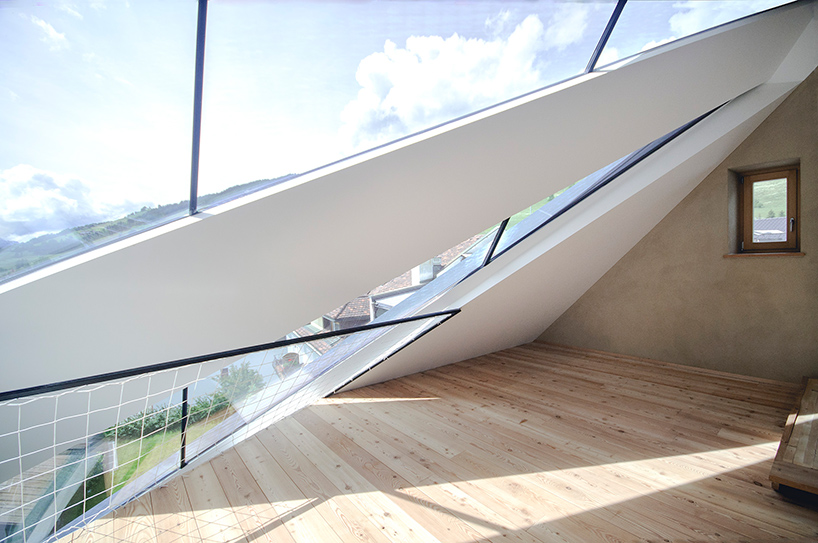 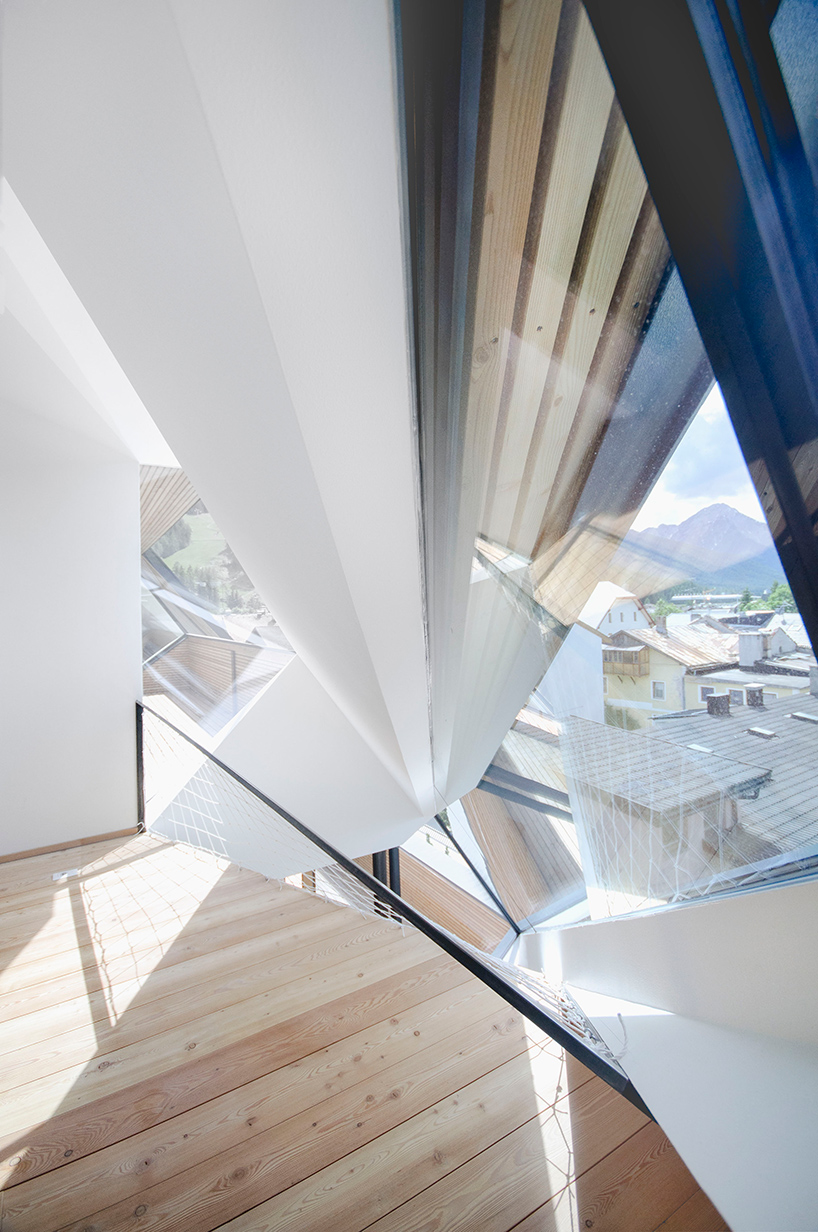 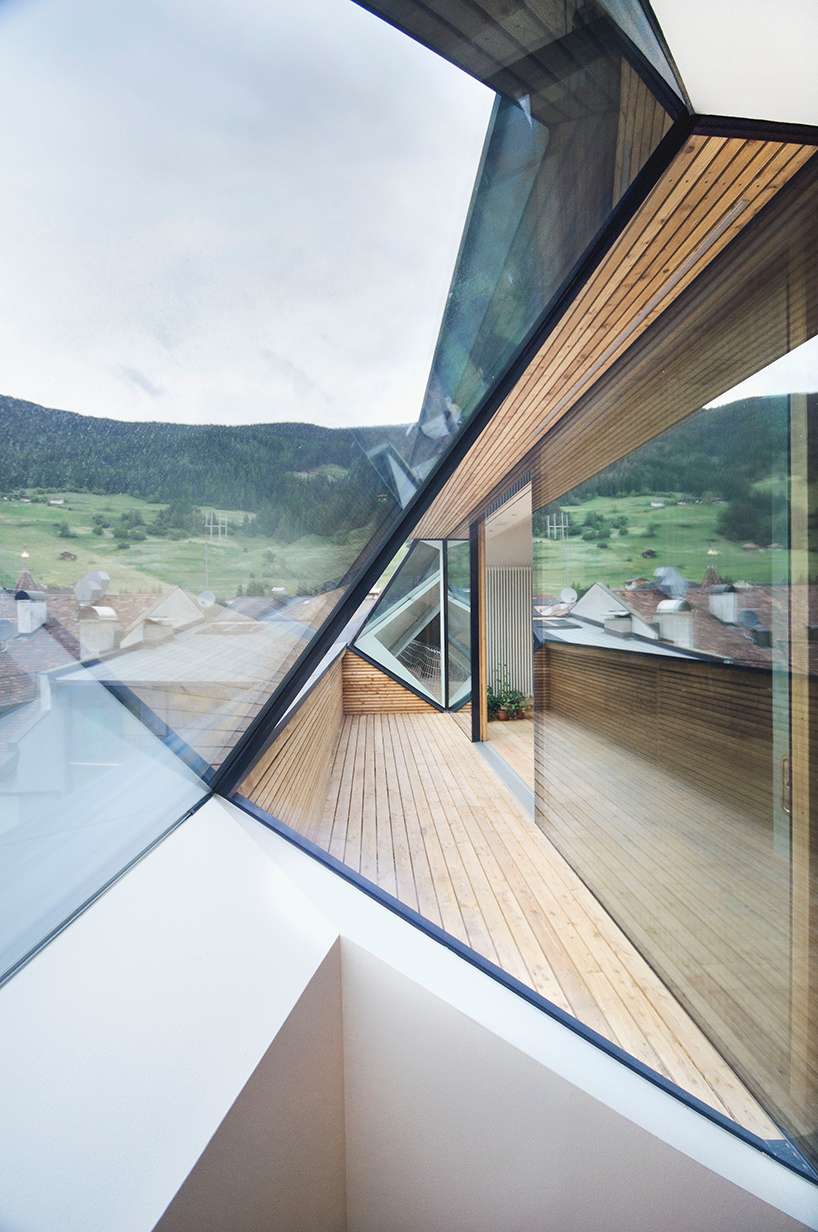 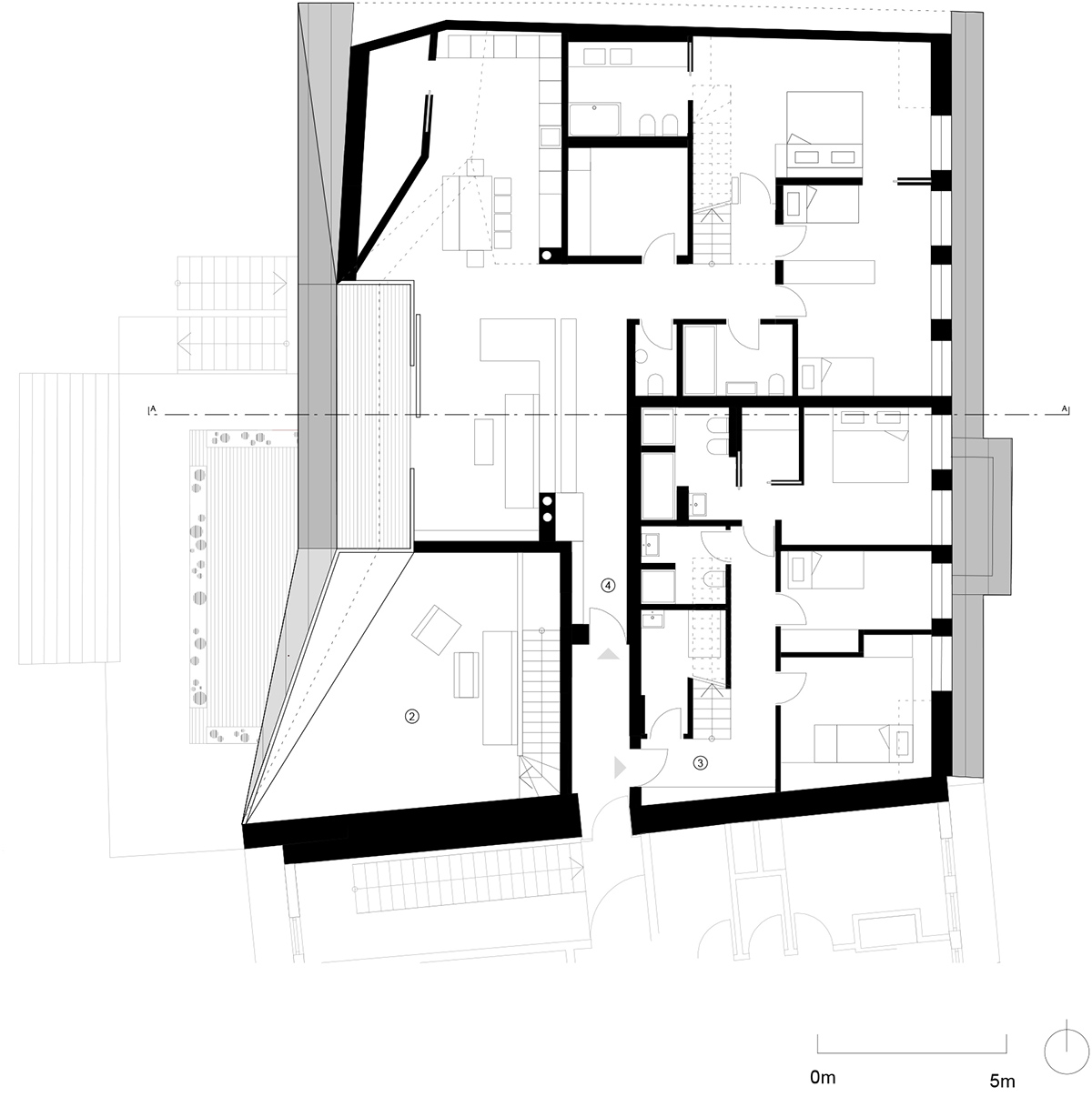 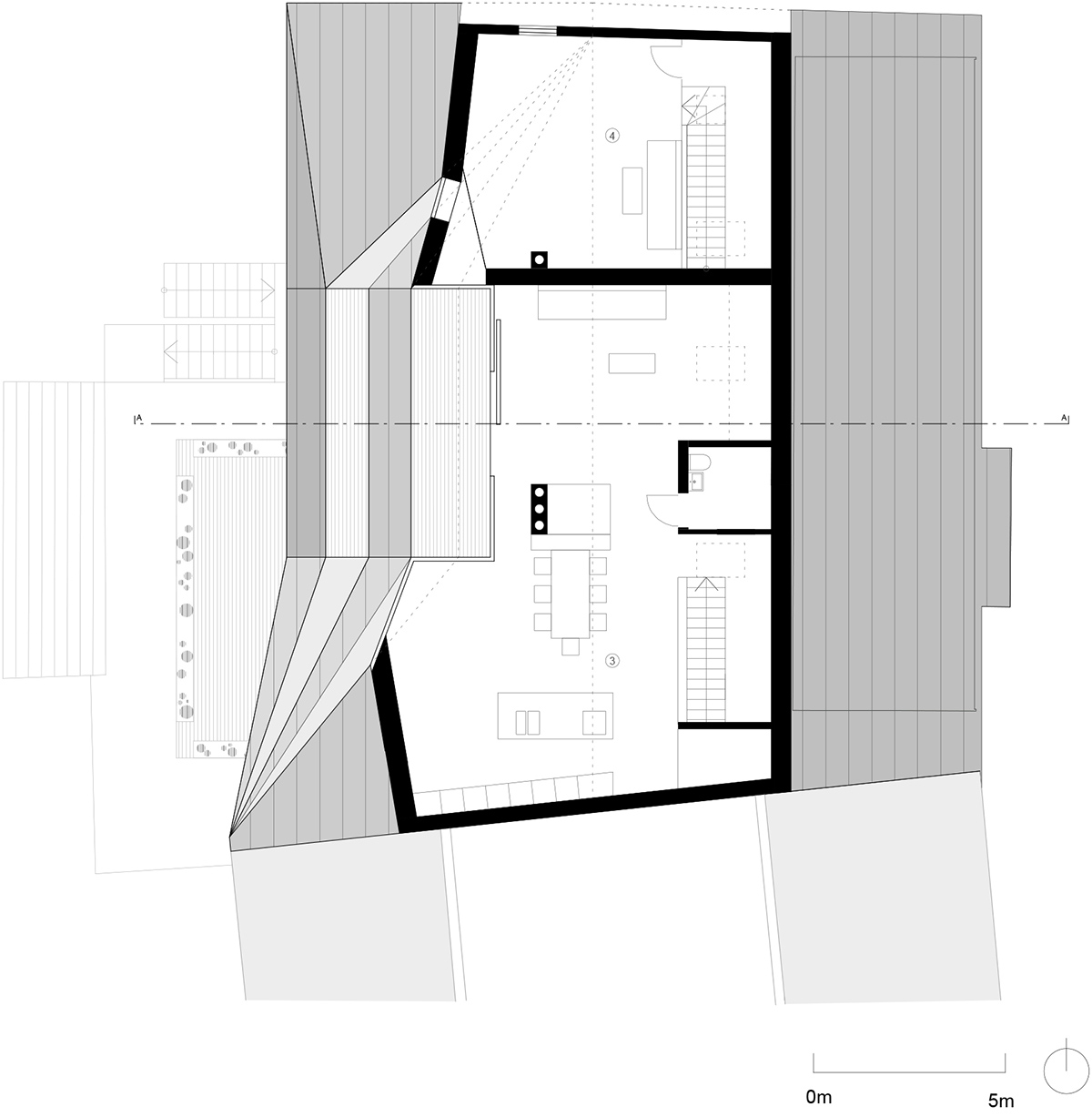 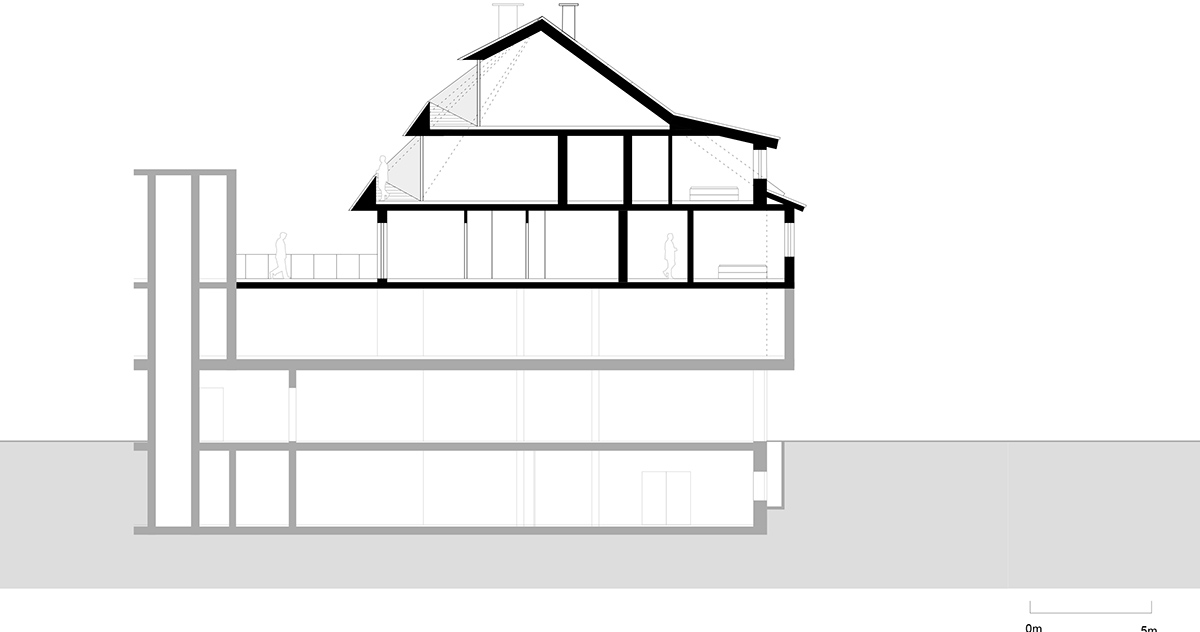 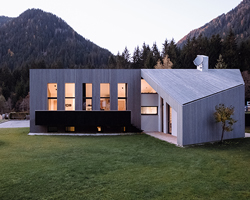 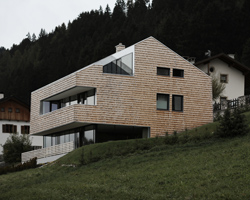 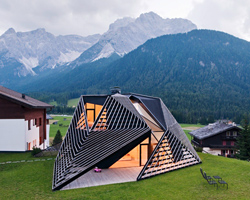 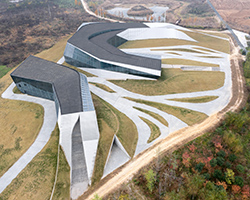