the ‘podčetrtek traffic circle’ by enota is built on a regional road between an open-air municipal sports hall and thermal spa complex. while primarily intended to slow down the traffic, the roundabout serves to connect the two buildings. the island-like traffic circle references the appearance of both facilities and marks the entrance points to visitors of either program centers. sculptural, dark concrete blocks allude to the design the monolithic volume of the sports hall while the play of light on the irregularly arranged composition of surface corresponds to the expression of the hall’s folded volume. the inner layout of the roundabout suggests that a tectonic shift beneath the Earth’s surface caused the road surface to bloat and belch out the massive forms. in combination with the water, which sporadically rises to the surface between the clefts, the landscape-like form also evoke the spa complex. flitting between man-made form and geyser-strewn basalt strata, the roundabout is both elegantly functional and aesthetically unifying. 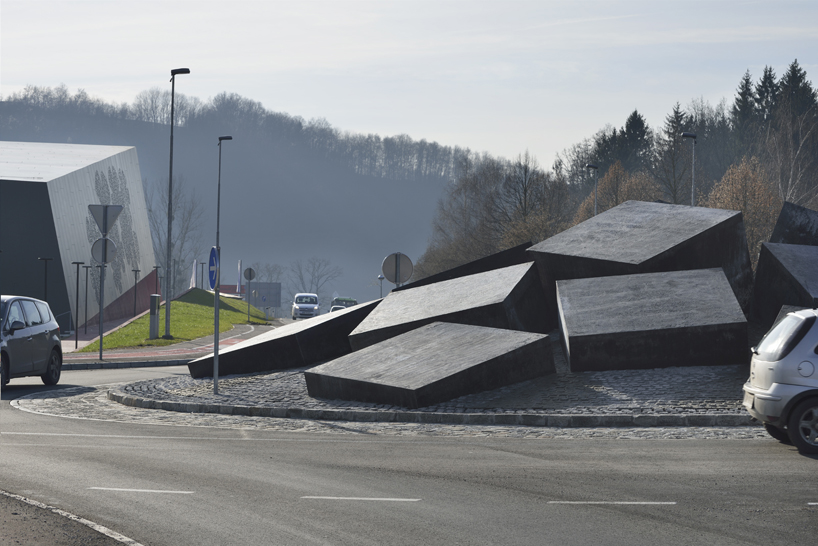 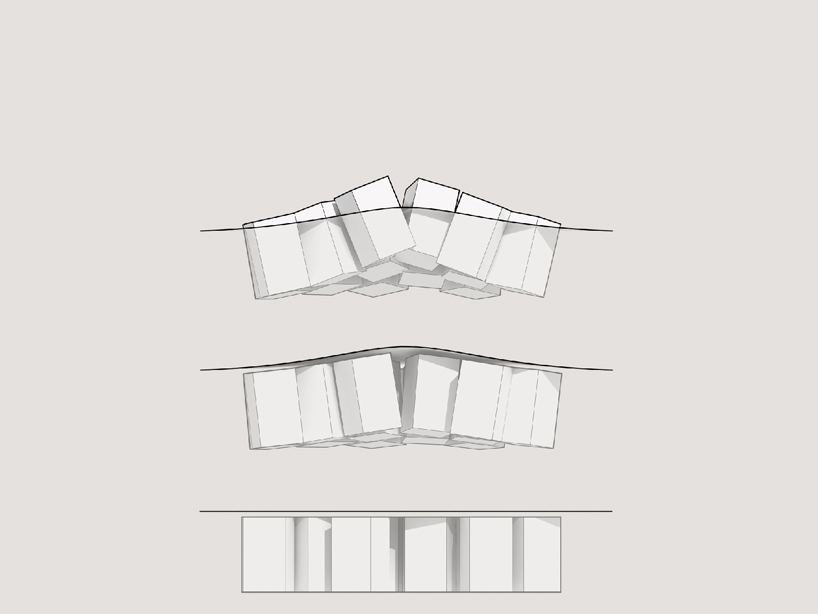 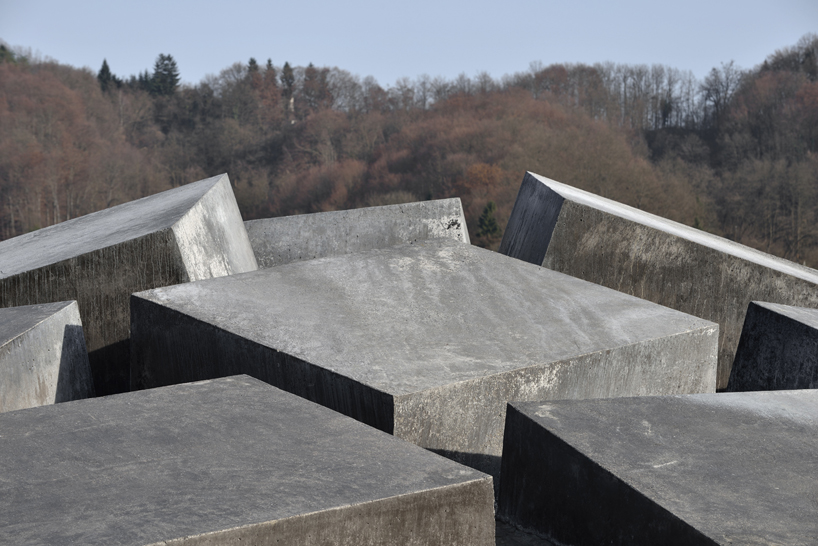 close up of the darkened concrete forms image © miran kambič 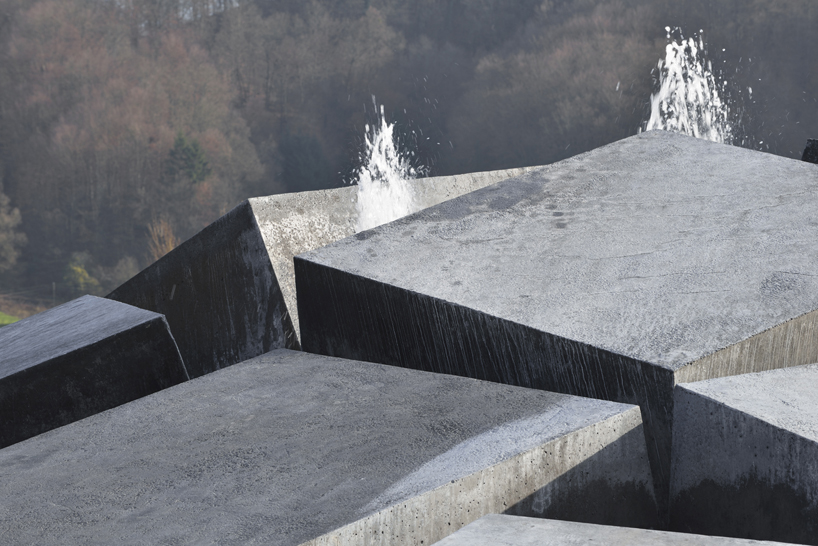 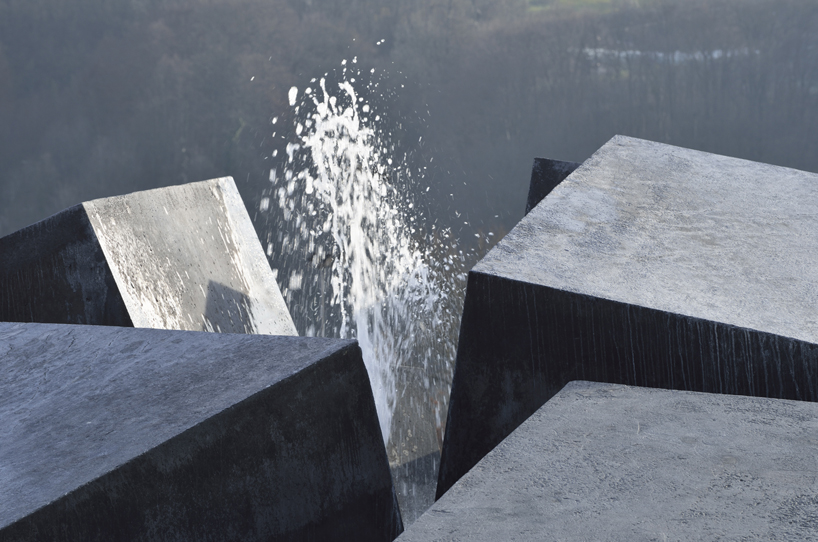 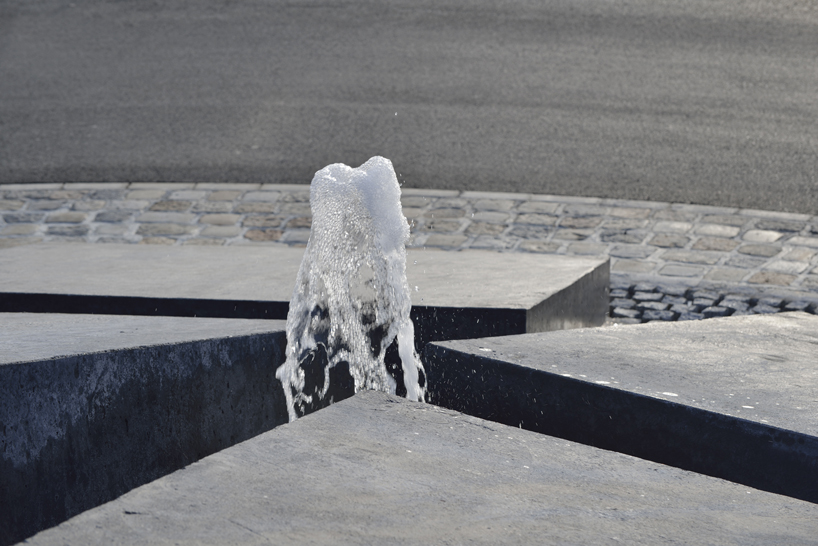 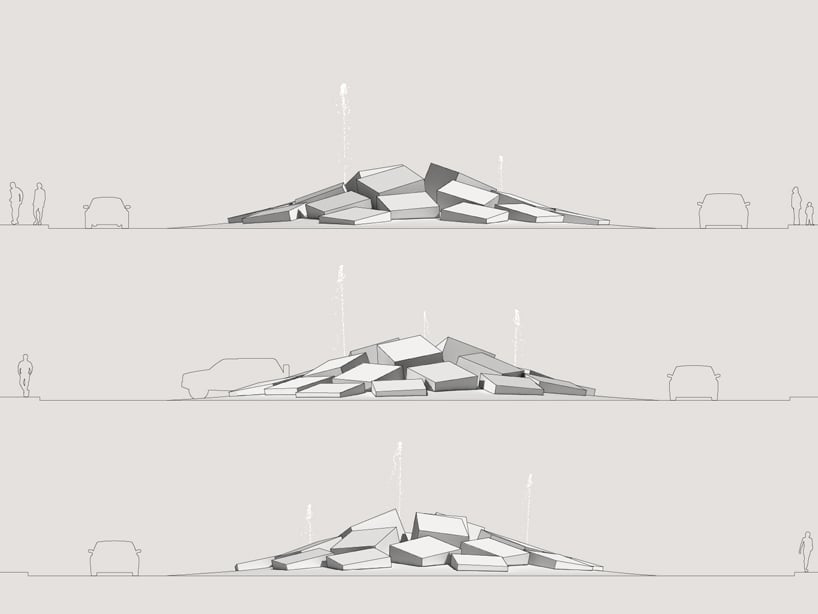 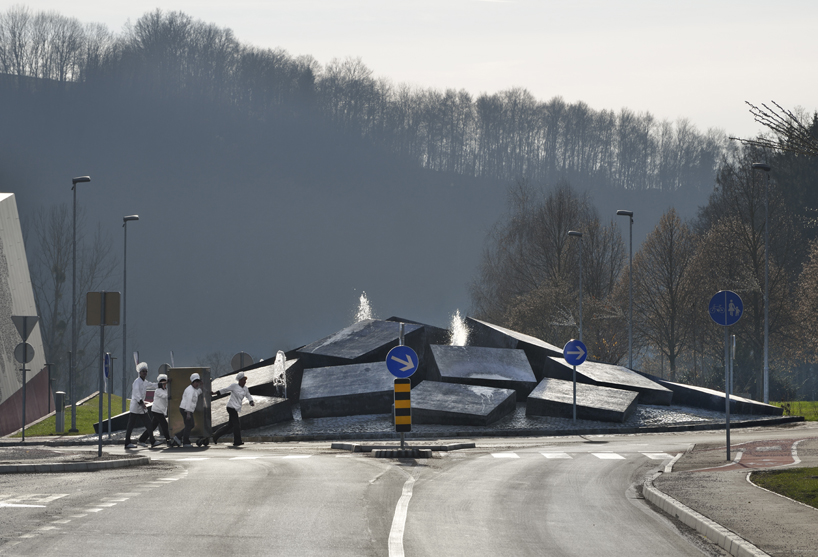 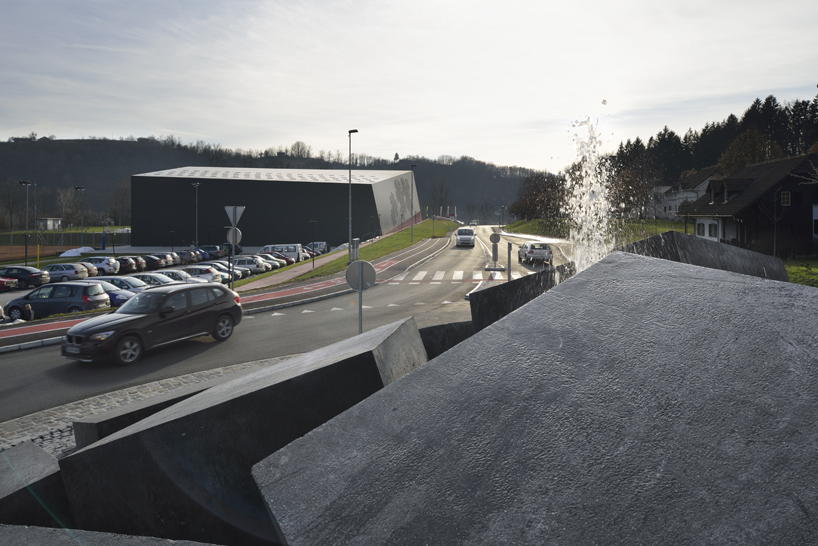 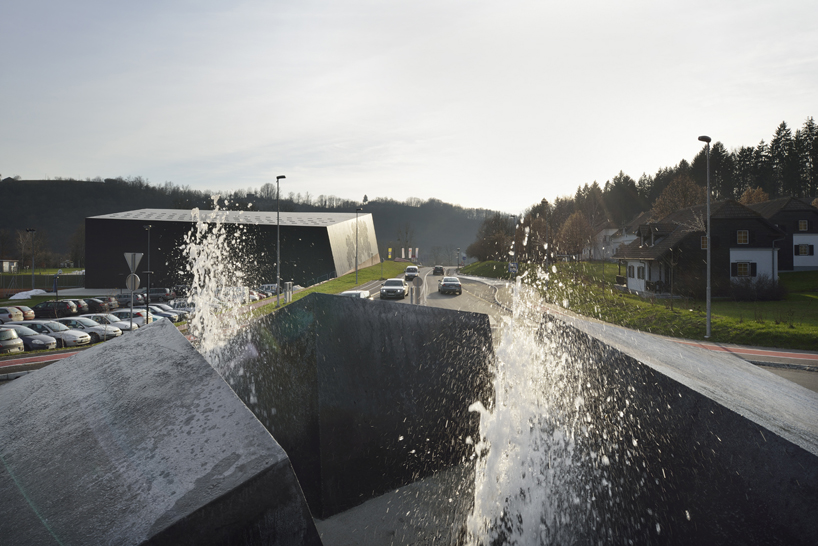