populous, the london 2012 stadium architect and official architectural and overlay design services provider for the london 2012 olympic and paralympic games, and atkins, the UK’s largest engineering and design consultancy, will transform the iconic horse guards parade in london into an olympic venue for the beach volleyball, competition taking full advantage of its historic and central setting.

horse guards parade has a long tradition of hosting celebrated events, from henry VIII’s tournaments to the annual trooping of the colour.

the outdoor seating bowl with 15,000 seats will have lighting for evening competition, video and sport-specific fixtures. it has been designed as two distinct elements, a ‘theatre in the round’ lower bowl to provide a high energy atmosphere, and a three sided upper bowl allowing the spectators and camera views to use the historic sites and london skyline beyond, as a backdrop to the event.

careful planning, design, engineering and attention to detail has been central to ensuring that the venue fits in well with its surroundings and is sympathetic to its context and setting. factors that have been taken into consideration include accessibility, noise, lighting, traffic, spectator experience and of course the requirements of the competitors themselves.

the solutions provided include taking the standard components available for temporary stadiums and creating the same feeling of permanency as the main games venues. pre-existing modular components will be hired to create a bespoke court. in keeping with both populous and atkins’ low carbon ethos, following the games, the venue will be dismantled, leaving no trace on the location, and can be reassembled and used in other locations. 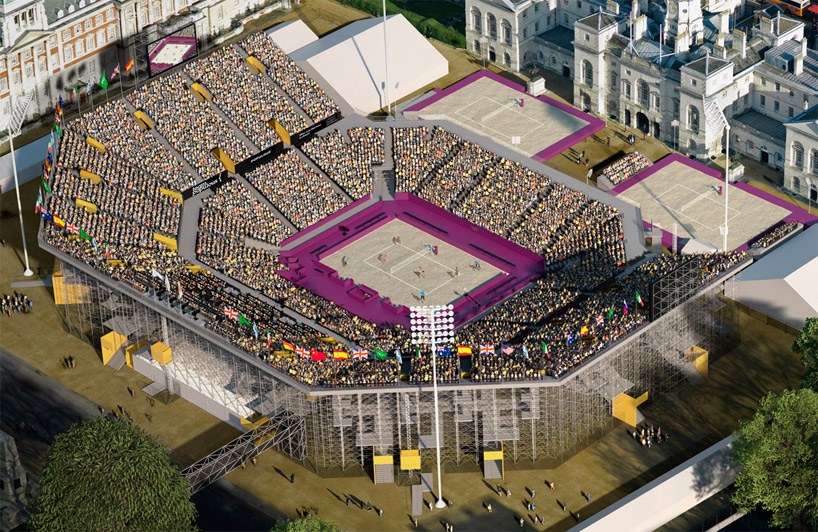 the stadium will include a 15,000 seat beach volleyball arena, 2 warm-up courts and 4 floodlights on horse guards parade, 6 practice courts in st james’s park, 2 spectator seating stands along the mall for 3,000 spectators (for road events),  vehicle access areas at birdcage walk and pall mall and pedestrian access areas at the mall and horse guards road, associated broadcasting and operational compounds, fencing and spectator facilities.

the set-up, event and removal will take place between early june 2012 and the end of september 2012.

spectators will come through admiralty arch, down the mall and then into st james’ park to access the stadium. 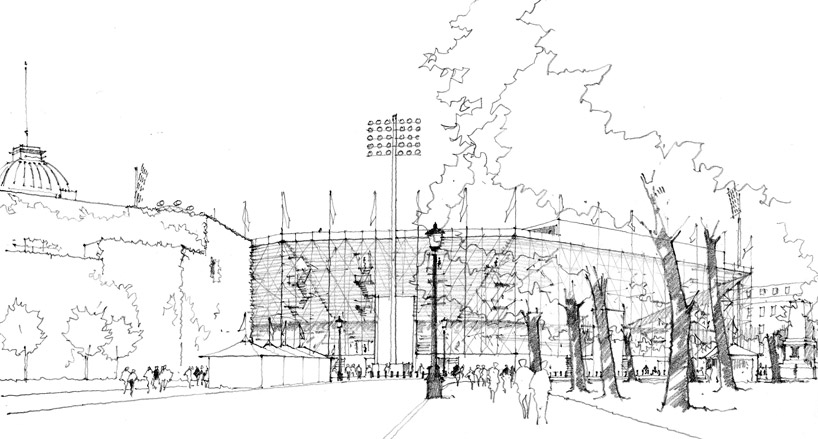 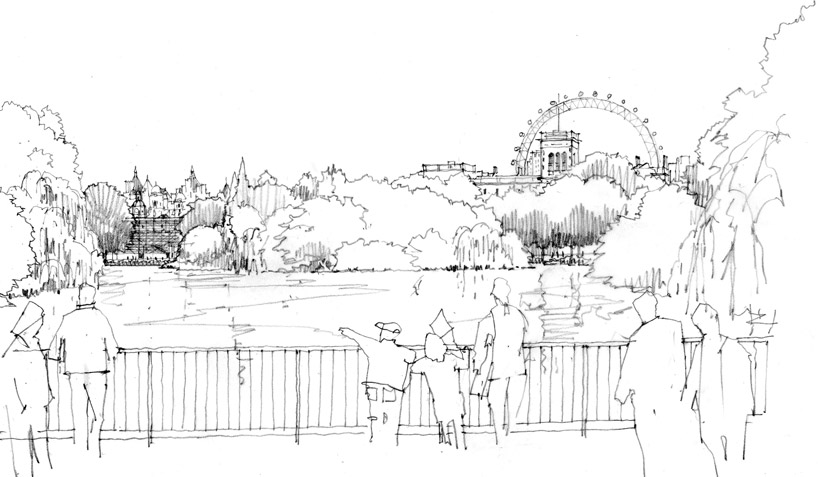