international architecture practice populous has designed the ‘philippines arena’, projected to be the world’s largest indoor arena located in manila, philippines. with construction now under way, the innovative dome structure for the covered stadium exceeds the boundaries of currently realized structures. the interior is capable of holding 50,000 individuals while the surrounding grounds allows an additional 50,000 people to congregate for major events including large religious functions, sporting events and concerts. funded entirely by the national religion, iglesia ni cristo, the facility will be completed before the church’s centennial celebration in 2014.

‘the building’s capacity pushes the boundary of arena design and will eventually establish itself as the world’s largest indoor arena. The form uses simple geometry to create an elegant appearance, while also giving the venue a powerful presence within its setting.’  -andrew james, populous senior principal 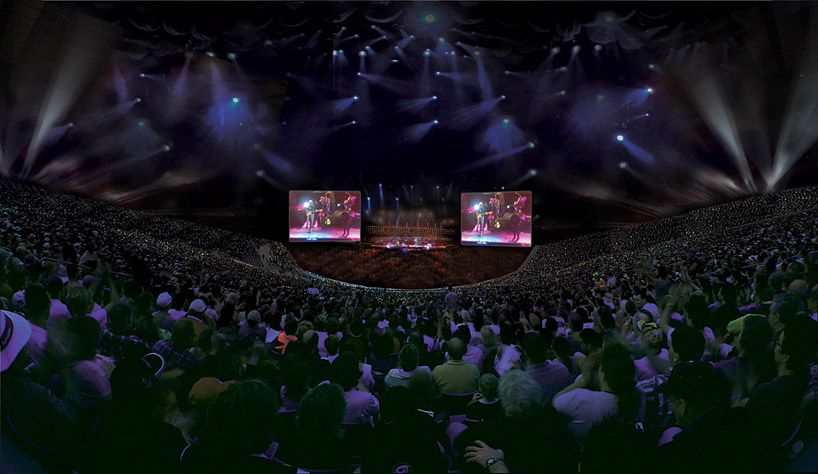 the long span dome will contain 50,000 individuals at one time