 populous has been selected to design a new sports park in the historic city of datong, in the northern shanxi province, near beijing, china. this is the second major sports hub for populous in china.

the datong sports park includes a 30,000 seat stadium, an 8,000 seat arena, a 1,500 seat natatorium and a multi-use training hall. the sports park is part of a larger plan by the datong mayor to regenerate the historic old city and create a new city centre with other development including a city hall, museum and convention centre.

populous principal andrew colling says the inspiration for the unique design in datong has come from the surrounding yungang grottoes or cloud ridge caves,

‘these shallow caves just out of datong are symbolic of the rich cultural heritage of the region, which has evolved over several thousand years. the visitor approach and entry to the stadium is like entering the nearby caves, with the sandstone bases clad in a series of irregular titanium shells. the datong sports park provided the opportunity to celebrate a number of strong, unique features in the city’s history and cultural character combined with the more humanistic ideals and ambitions embodied in the design of modern sports parks.’ 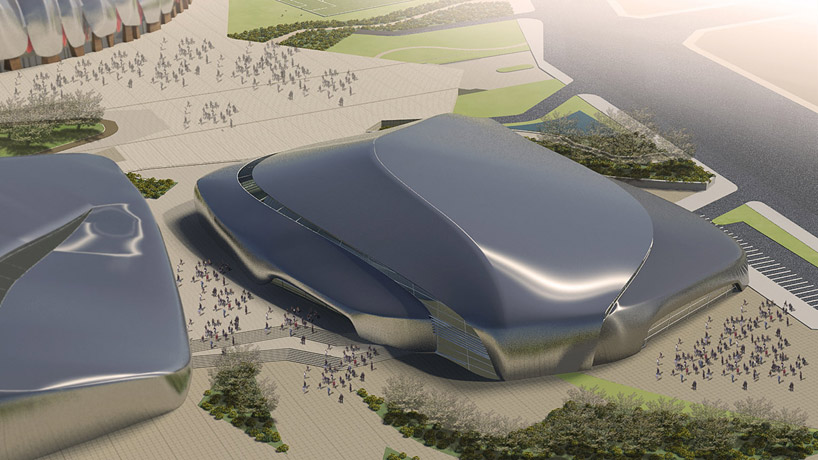 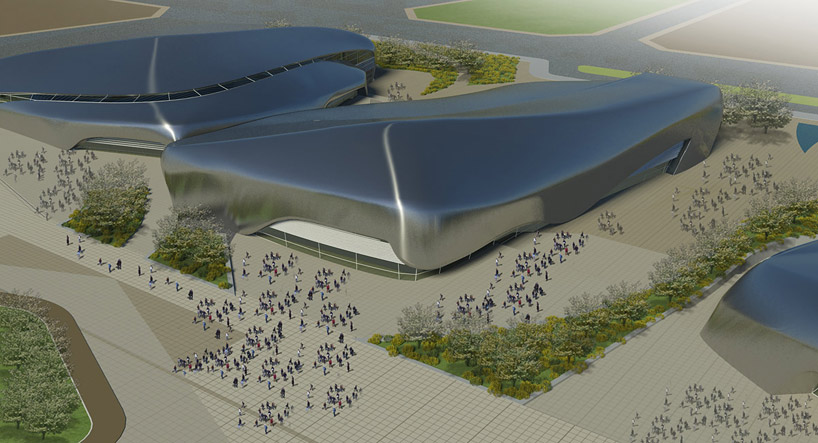 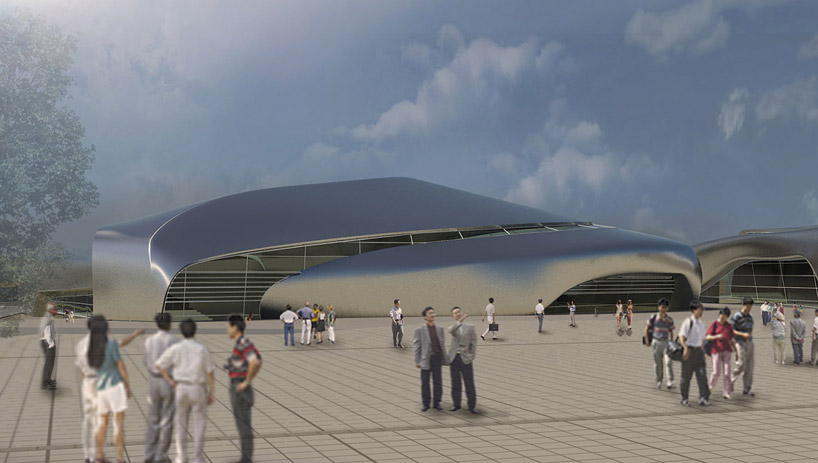 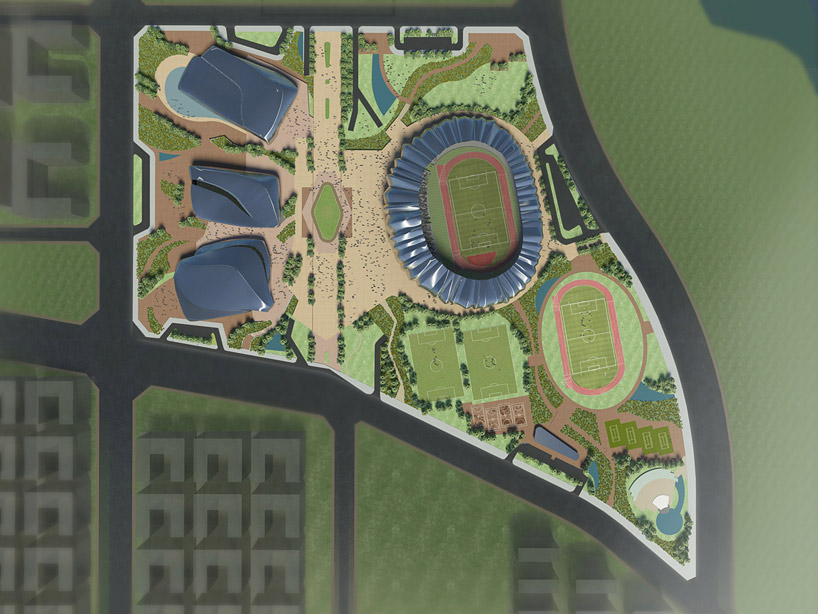