the new look silverstone race circuit in northamptonshire was unveiled today. the track, which has been conceived by the global architectural design practice populous, includes six new corners and now totals 3.66 miles in length. ever since silverstone was re‐awarded the british grand prix late last year, the firm have worked closely with the british racing drivers club to ensure that the circuit was not only delivered on schedule but that the changes enhanced the racing for both driver and spectator. 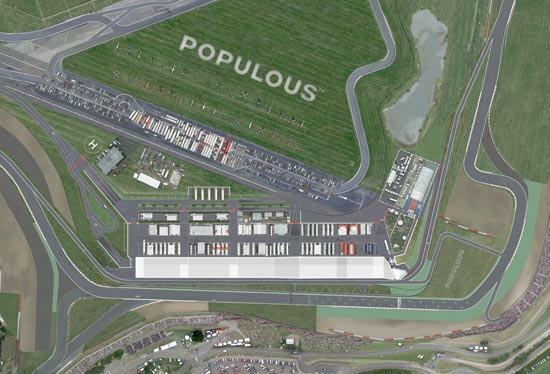 the multi‐million pound investment into a new grand prix track, and improved spectator viewing facilities, is part of a major redevelopment that will ensure silverstone remains a world‐class venue where all forms of motor sport can be celebrated. in addition to the new track, populous has provided the new layout for the paddock and pit lane that is due for completion in 2011.