the masterminds of the 2012 london olympic stadium resurface with their fourth stadium in russia. global firm populous has just beenchosen to carry out the ‘rostov stadium’ as one of 12 venues that will host the 2018 fifa world cup matches. the design stems from the natural architecture around the banks of the kurgans river, where natural mounds of earth were formed and used for pagan burial rituals.the 45,000 seat structure will be scaled down to 25,000 after the event, and serves as the seed for a new green city in the region.

‘it’s been a pleasure to work with intex, the city and the governor of rostov-on-don to promote the project. after our experience on the world cup in 2010 and london 2012, we are certain that the stadium will be a great catalyst for the city and this part of the river.’ 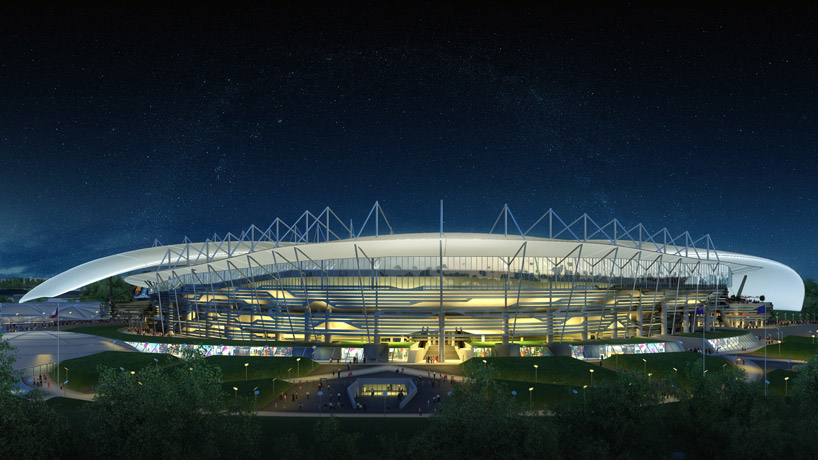 elevation showing the green landscaping around the structureimage © populous 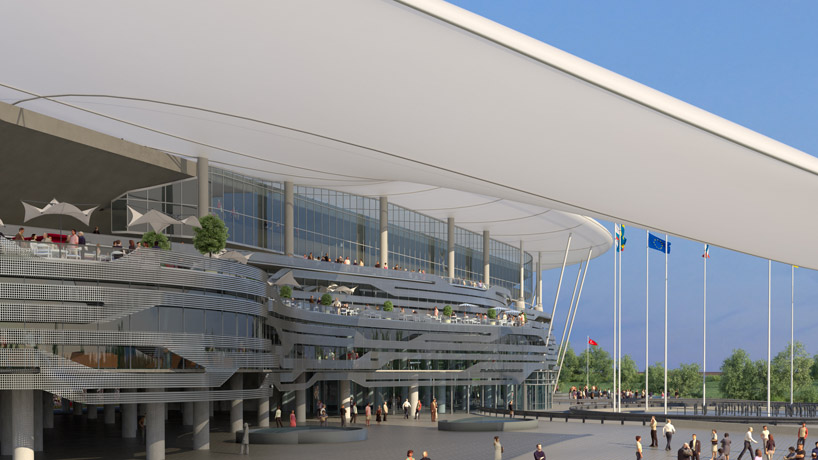 entry level with mesh screens along the facadeimage © populous 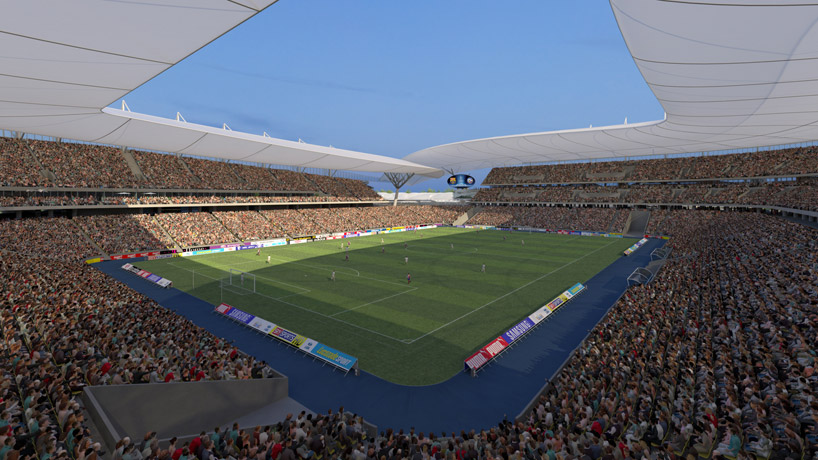