pratt institute’s graduate architecture & urban design exhibition of student work has been curated, designed, and fabricated by a group of students in a course taught by SOFTlab principal michael szivos. working alongside carrie mcknelly and a group of students, a large scale installation is conceived in the hazel and robert h. siegel gallery. each year the course attempts to produce an installation that explores digital fabrication methods as while showcasing the previous year’s work. 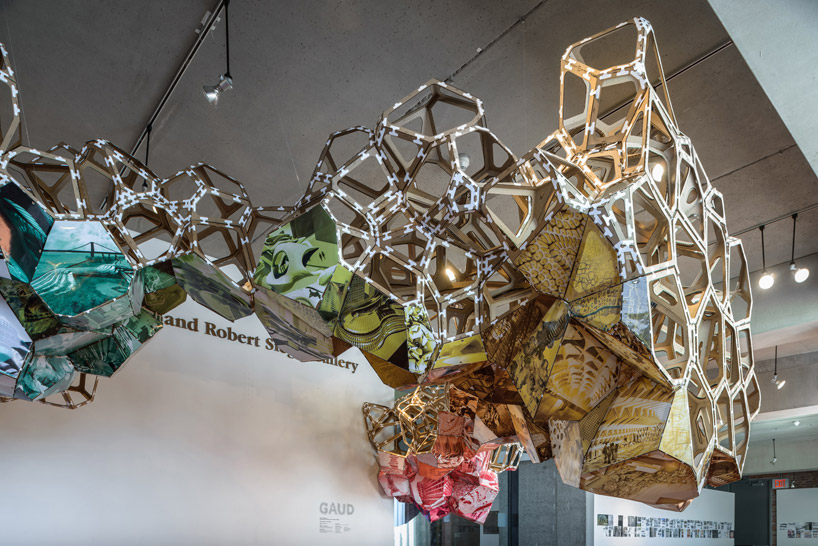 the exhibition groups the work into clusters based on the type of project, where it was located, how it was conceived, and by semester. the projects from spring 2012 to fall 2012 are arranged in a three dimensional grid – dynamically adjusted into clusters around four qualities the exhibited pieces. each submission provides a cloud like cell structure that looks like it is grown rather than organized. the underside of the suspended volume is clad with color coded images of the student work, creating a solid landscape of images at various angles that visitors explored much like a cave. the bottom appears continuous and solid, where the upper section implements a porous surface to allow ceiling light to penetrate into the gallery. constructed utilizing over 250 unique ‘cells’, the form relies on redundancy, many connections, complexity, and irregularity to produce an overall structure that is light, nimble, unique, but still open in its ability to grow. 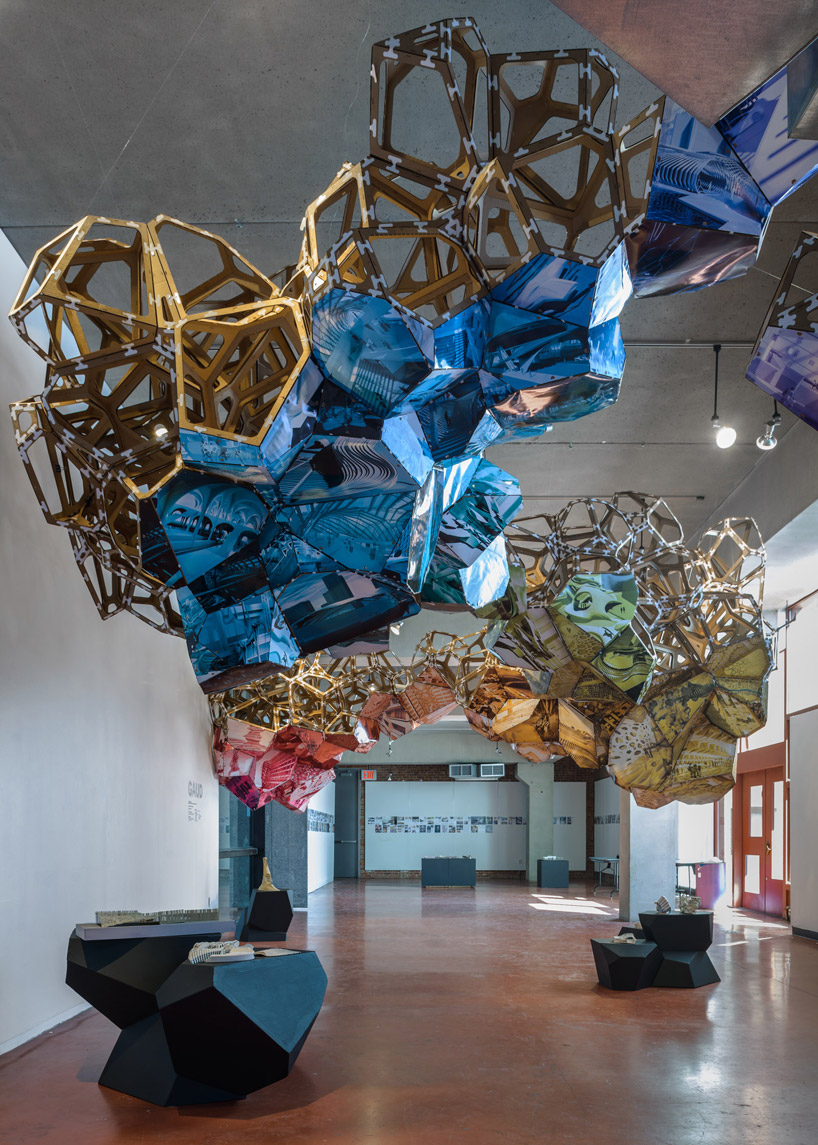 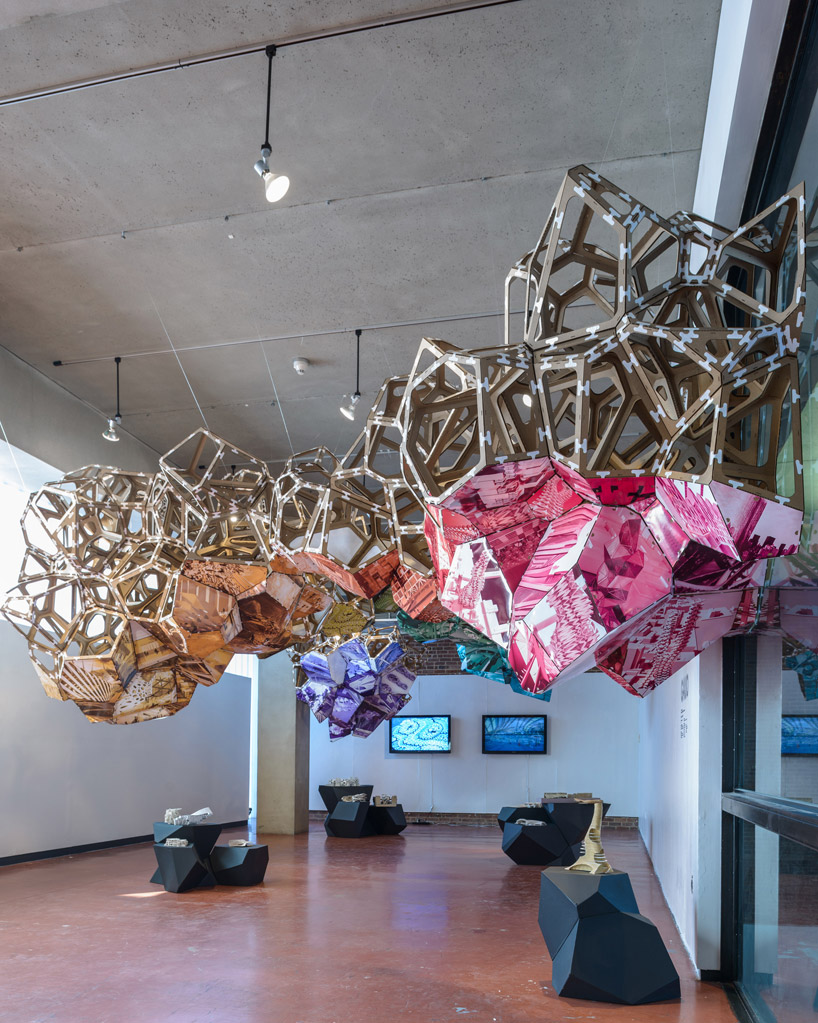 entrance to the galleryimage © alan tansey 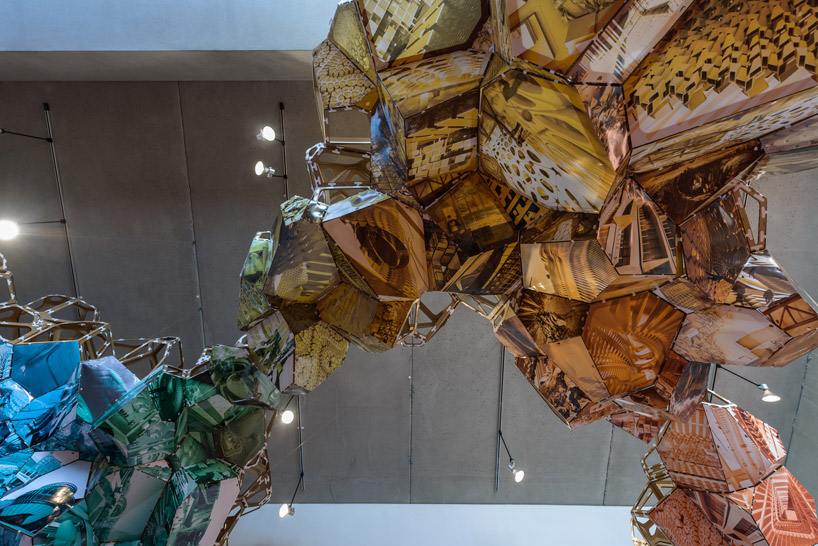 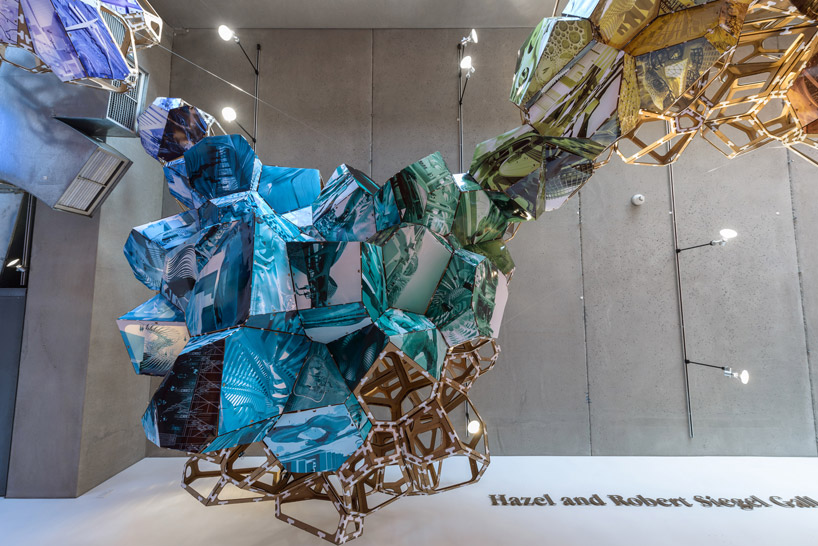 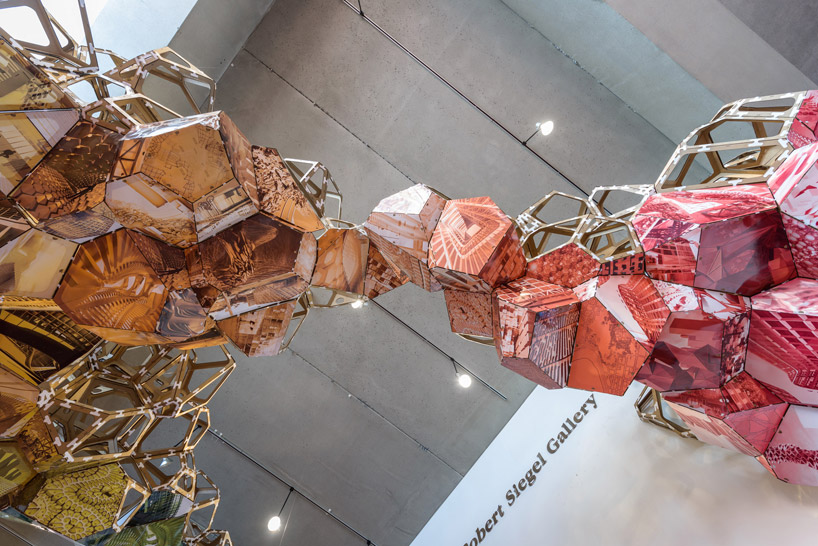 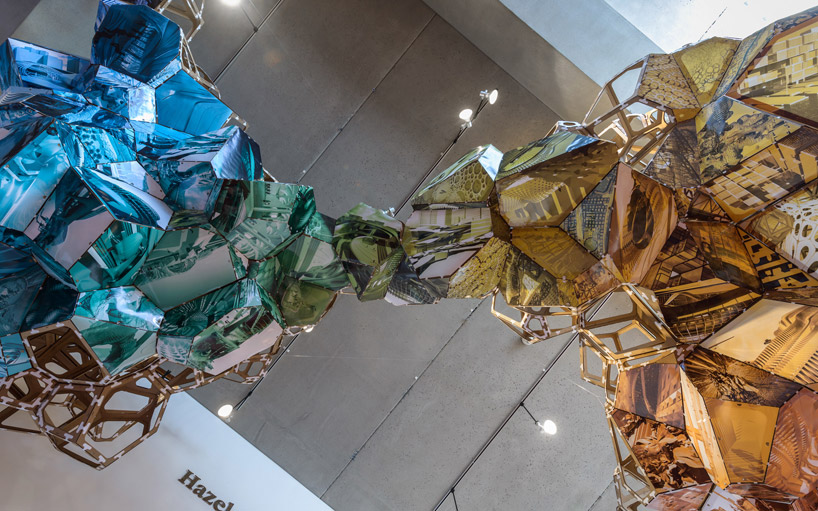 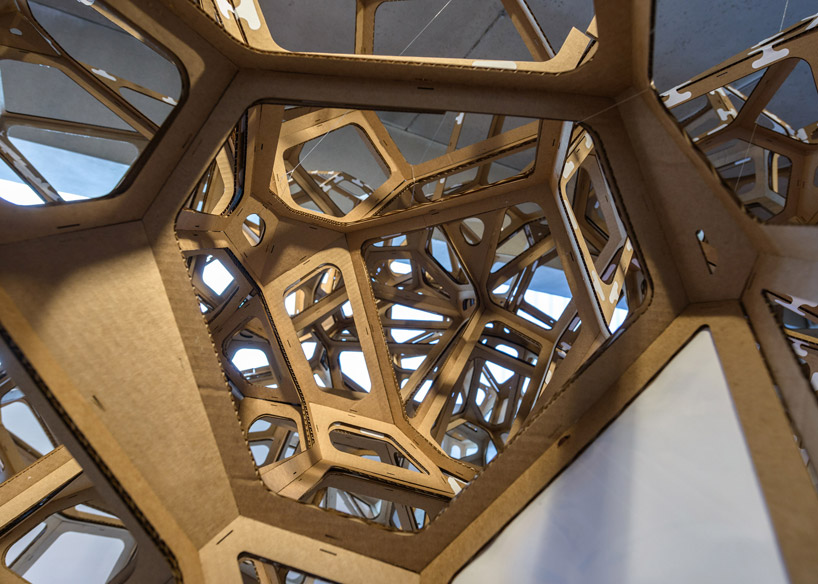 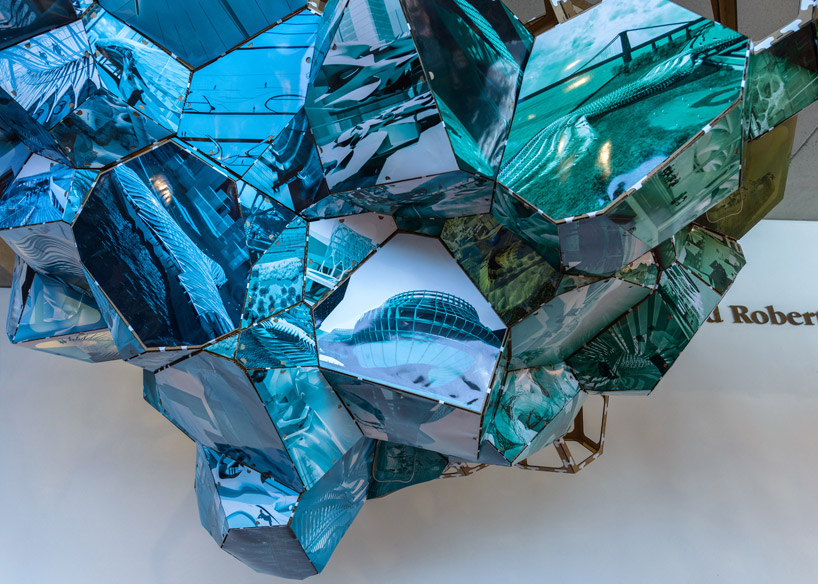 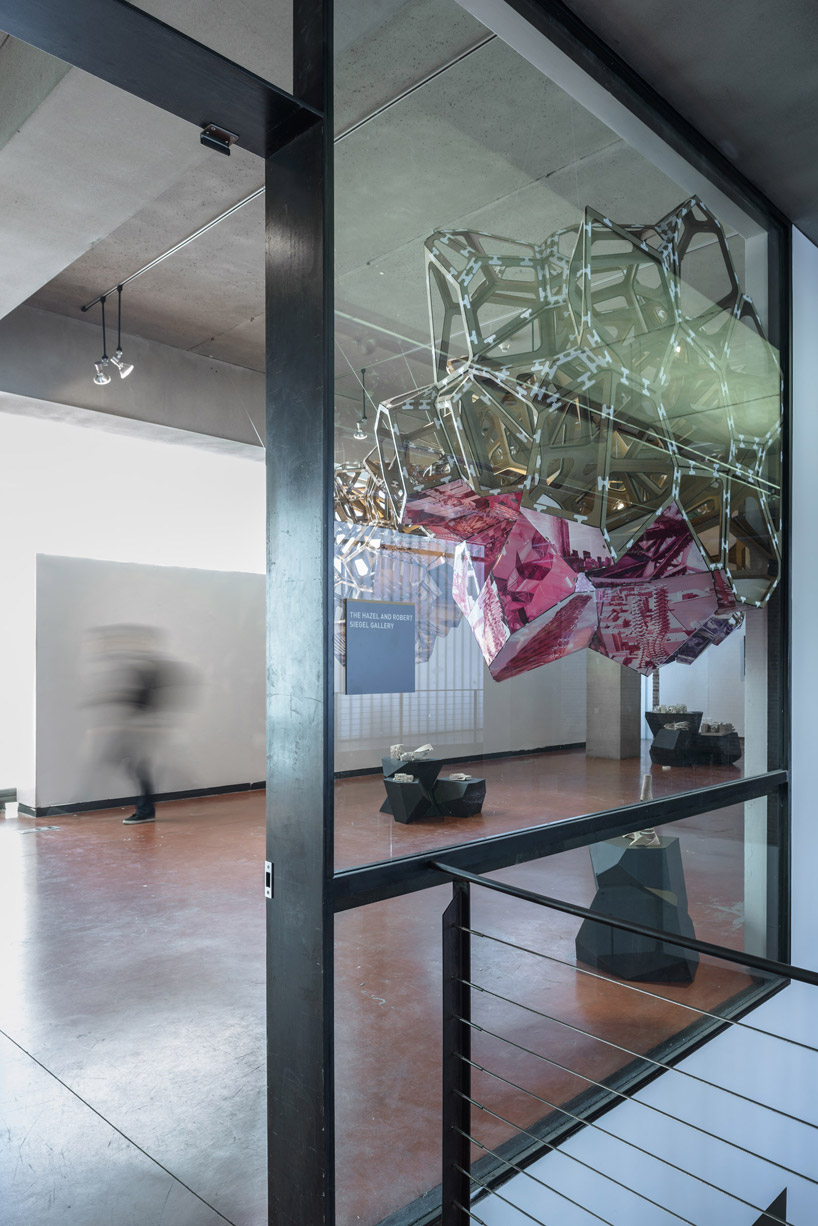 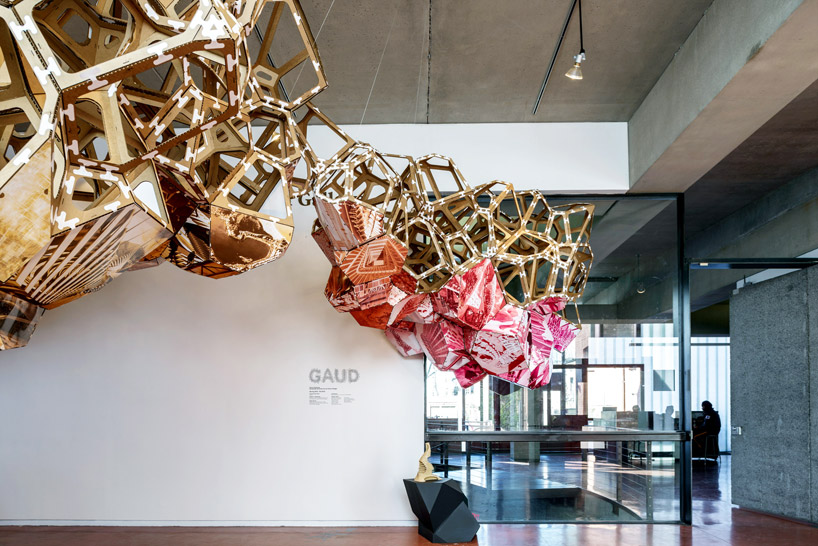