architect chris precht has sent us images of ‘NYbillboard’, a proposal for a new urban structure in manhattan, new york. recognizing the necessity for architects to address the issues of density and sustainability in the city, the design seeks to reorganize the conventional solution of a high-rise by creating a horizontal layer that provide elevated links between towers.

the preliminary research done on the project saw a list of social problems around continuously building vertically: a sense of isolation due to its distance from the public and urban conditions as well as inefficiency in cases of emergency. by limiting its structural height, the design aims to refocus the attention back to the users’ experience. the ground level hosts a number of public functions, providing direct access to a grid of linking walkways, elevated gardens and facilities. distinguished by a crystal-like skin, the project serves as a gateway to brooklyn, liberty and staten island. 20% of the facade area allow algae bio cultivation to take place within the building’s double skin facade. this will help with internal air quality as well as produce bio-diesel which could be used by the integrated nycarshare system. solar and photovoltaic panels cover a total area of 14,000 m2 on the top and side of the structure, producing 7,200,000 kWh per year. 110 wind turbines attached to the west side of the tower have the potential to generate an additional 1,400,000kWh per year, which accounts for roughly 13% of the building’s energy use. 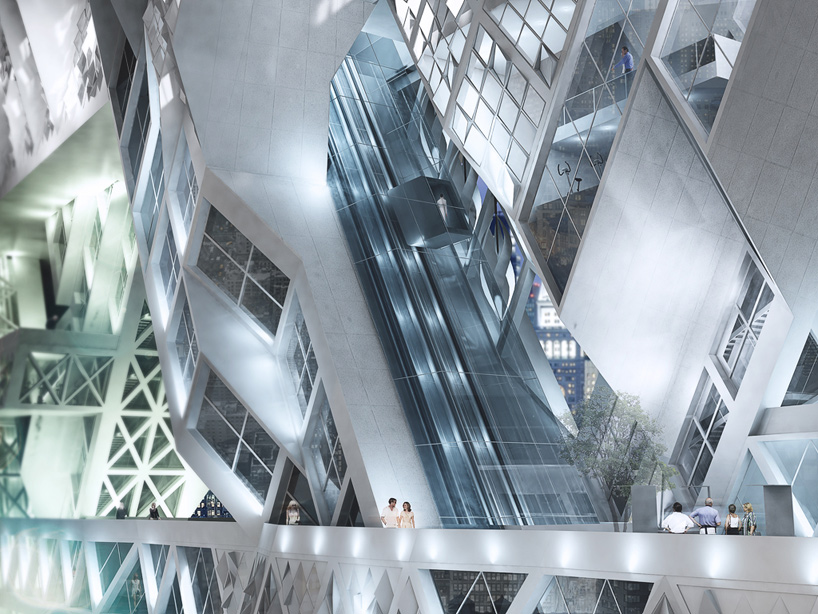 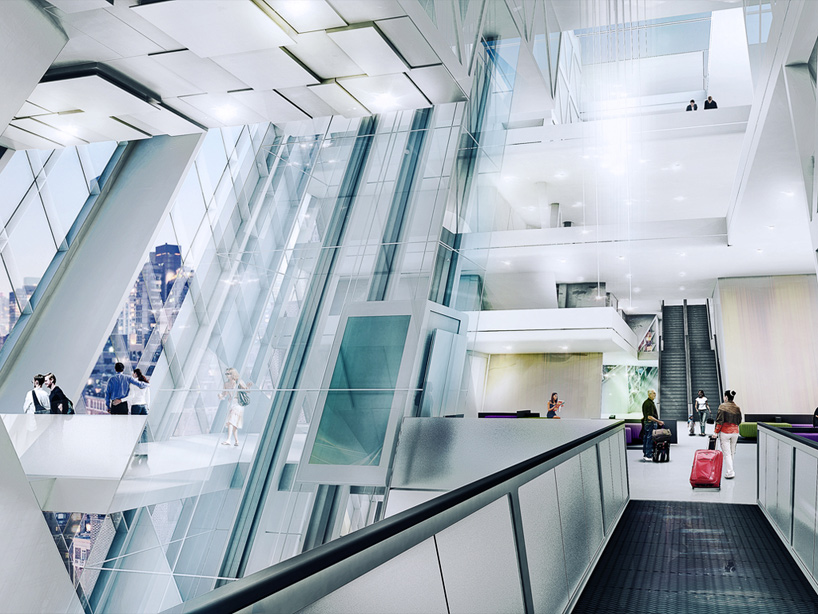 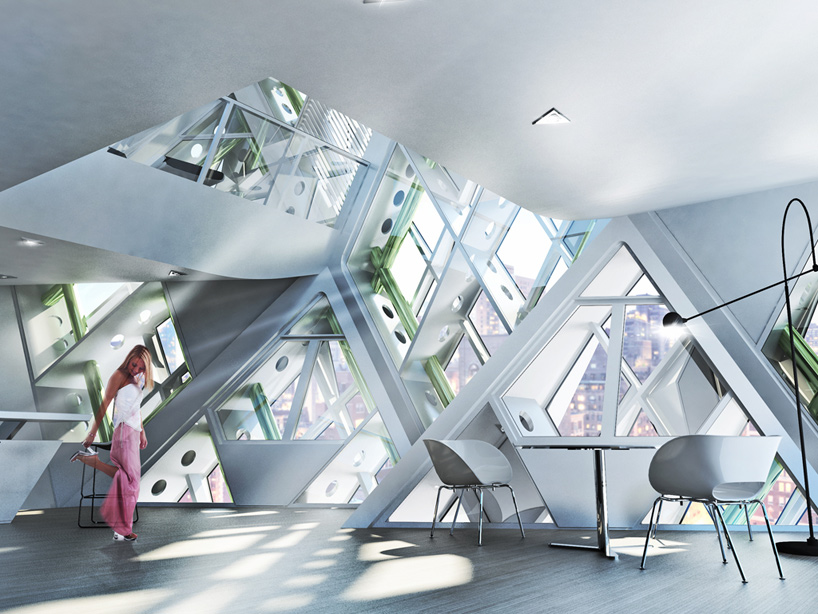 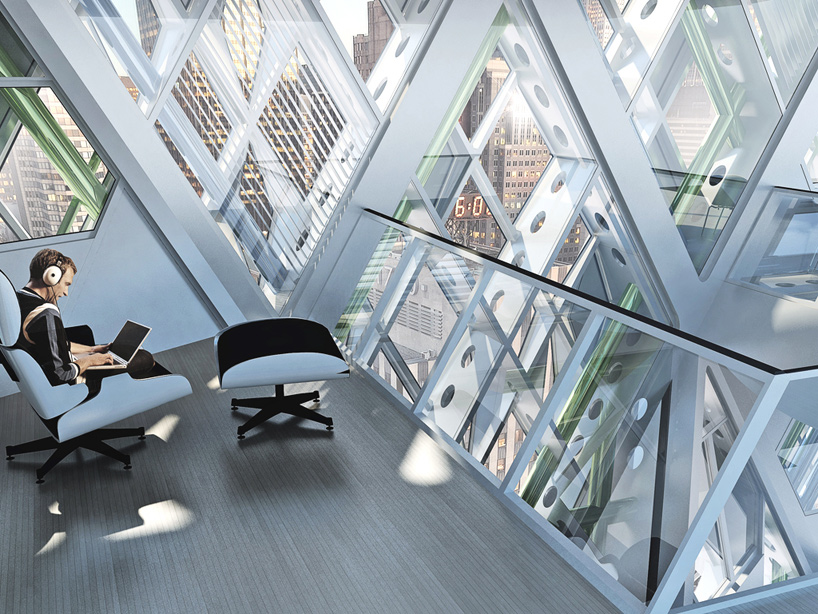 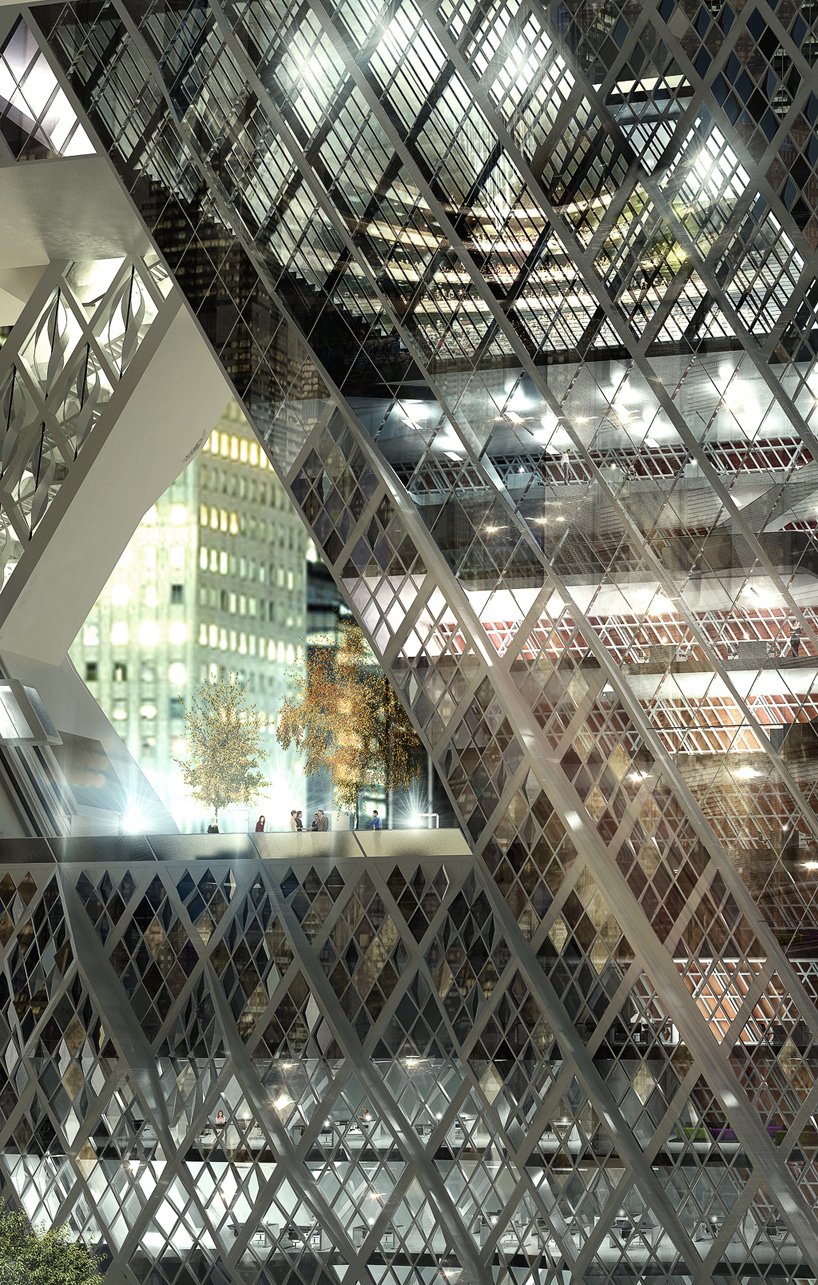 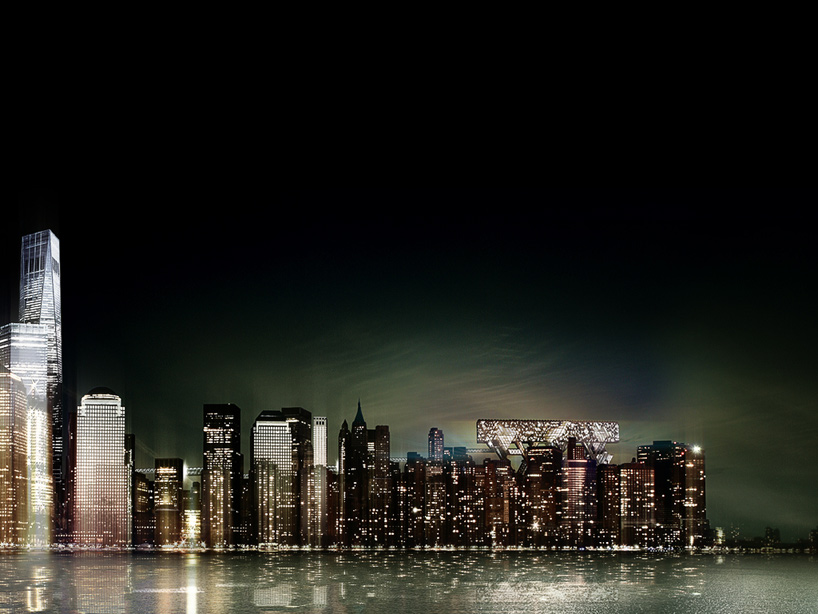 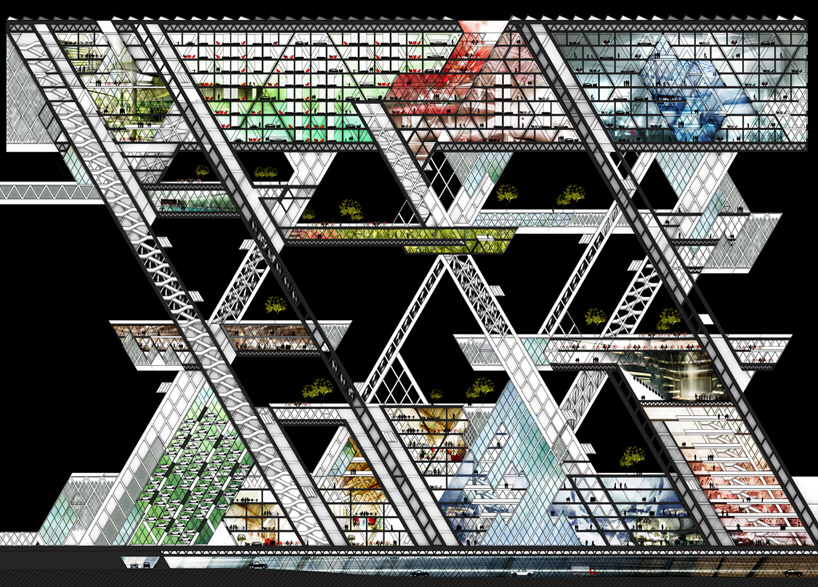 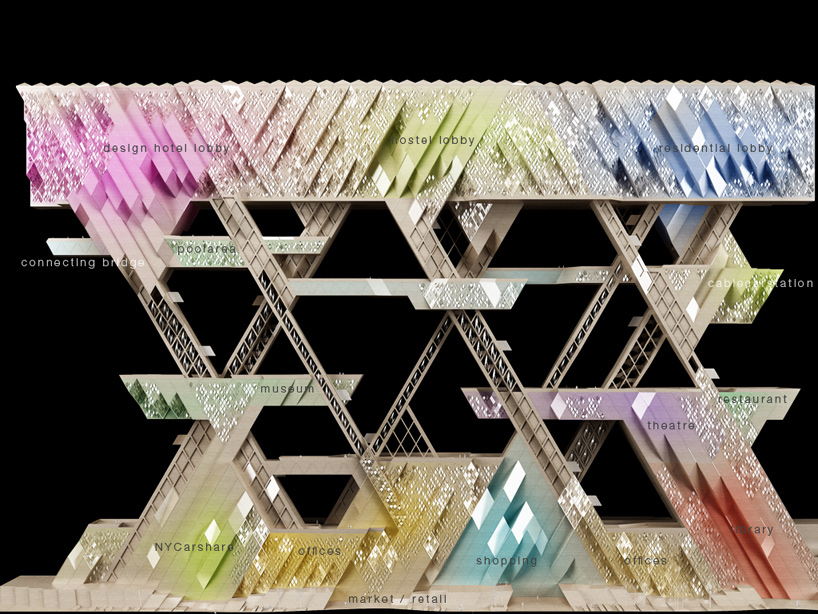 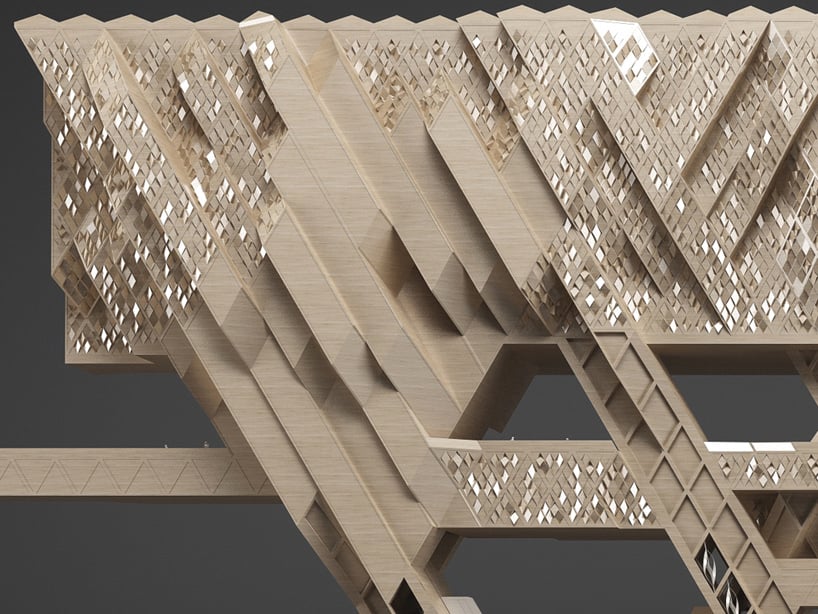 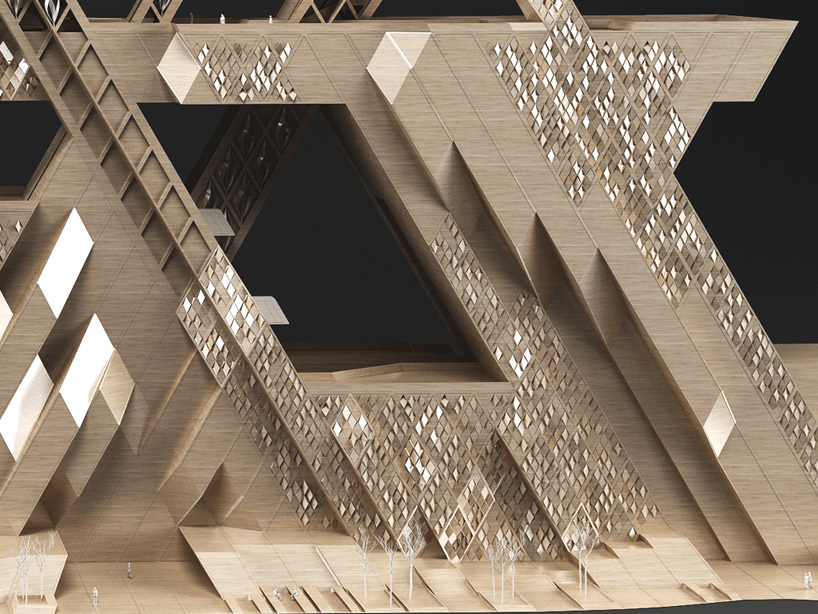 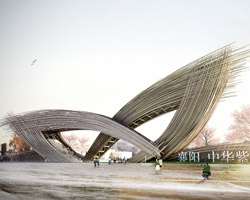 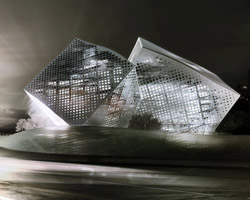 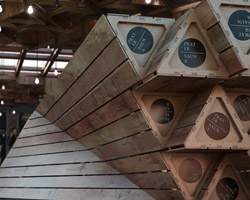 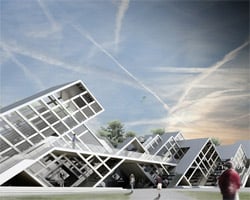 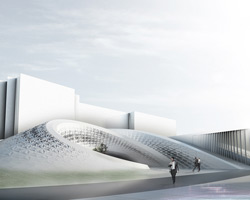