following selection by the presidio trust to participate in a design competition, five internationally renowned teams have revealed their envisioned plans for the presidio parklands project to be located on san francisco‘s bayfront. firms vying for the landscape redevelopment project include CMG landscape architecture, snøhetta, james corner field operations, west 8, and olin.

the proposals reimagine a project site bounded by historic military camps to the south and open marshland to the north, with connectivity to the active recreation area, crissy field. the call for entries required parklands to bridge above not-yet-realized tunnel roadways, which will replace an existing elevated highway (doyle drive). the schemes were also tasked with revitalizing existing presidio visitor center and crissy field center youth campus, with the latter to incorporate a ‘learning landscape’.

a public unveiling event was held at the presidio’s ‘observation post’ on september 4, 2014, while the concept design images will be on display at the presidio trust headquarters starting september 5. following a series of presentations through the fall, a winning team will be selected in january for the commission to carry the design forward. 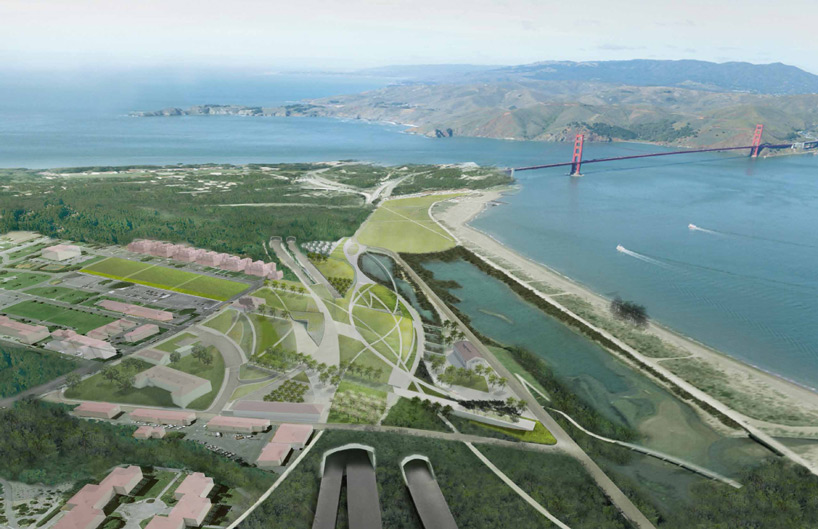 a viewing platform cantilevers toward the marshland
image by snøhetta 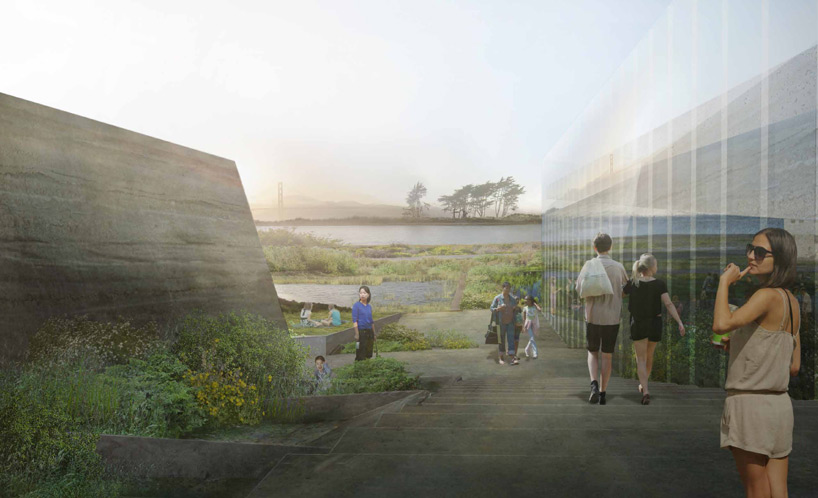 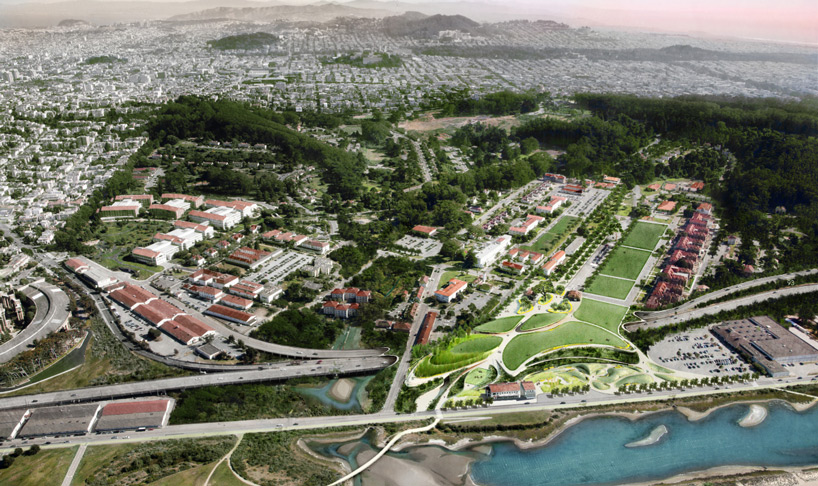 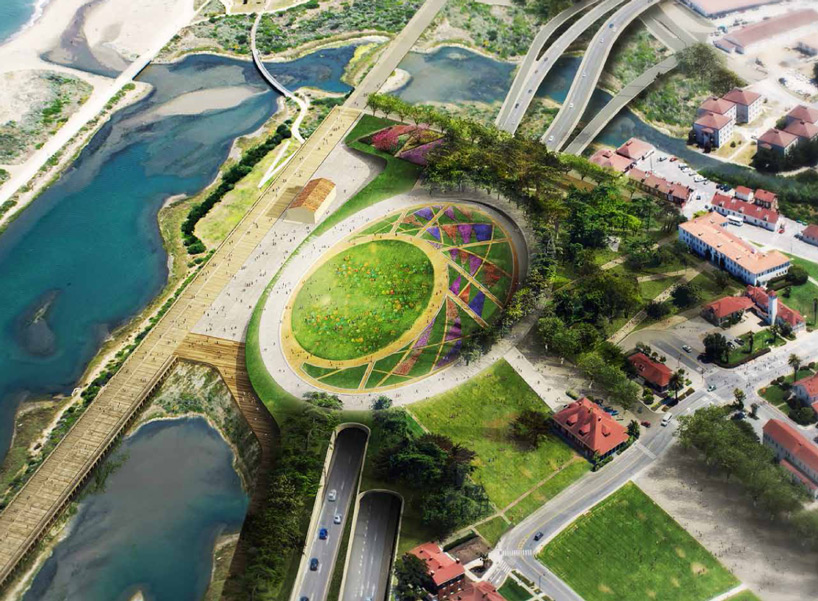 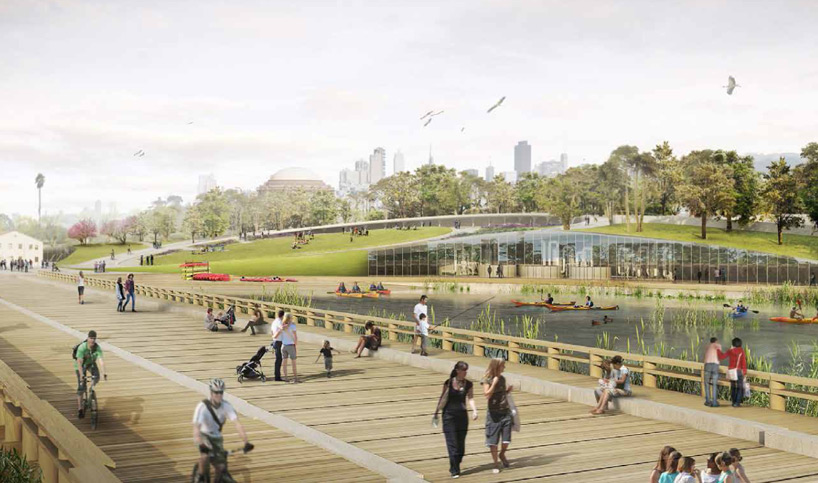 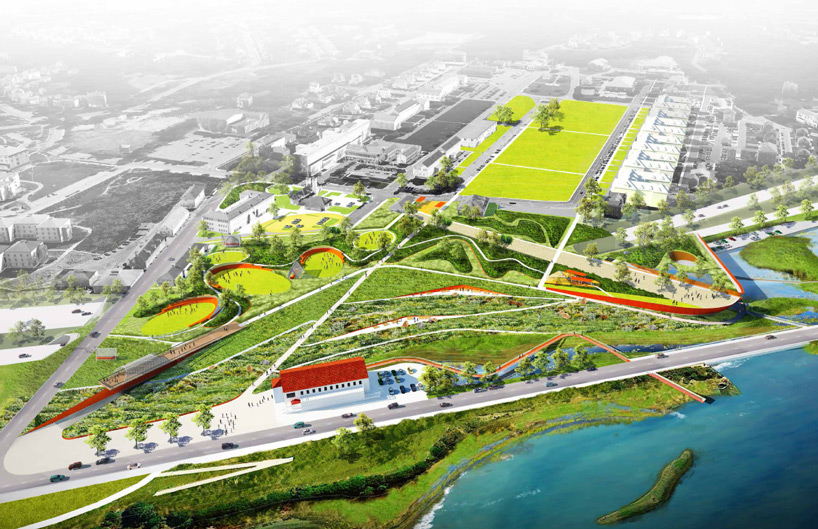 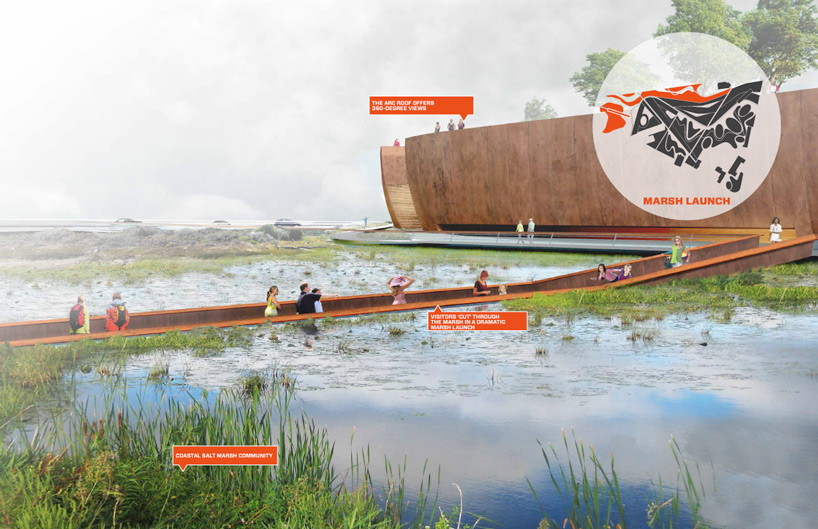