a traditional zagorje cottage situated on the green slopes near kumrovec in croatia was renovated by zagreb-based firm proarh. the structure beforehand was left in disrepair but the architects decided to retain and remodel the cottage to keep with its original characteristics. 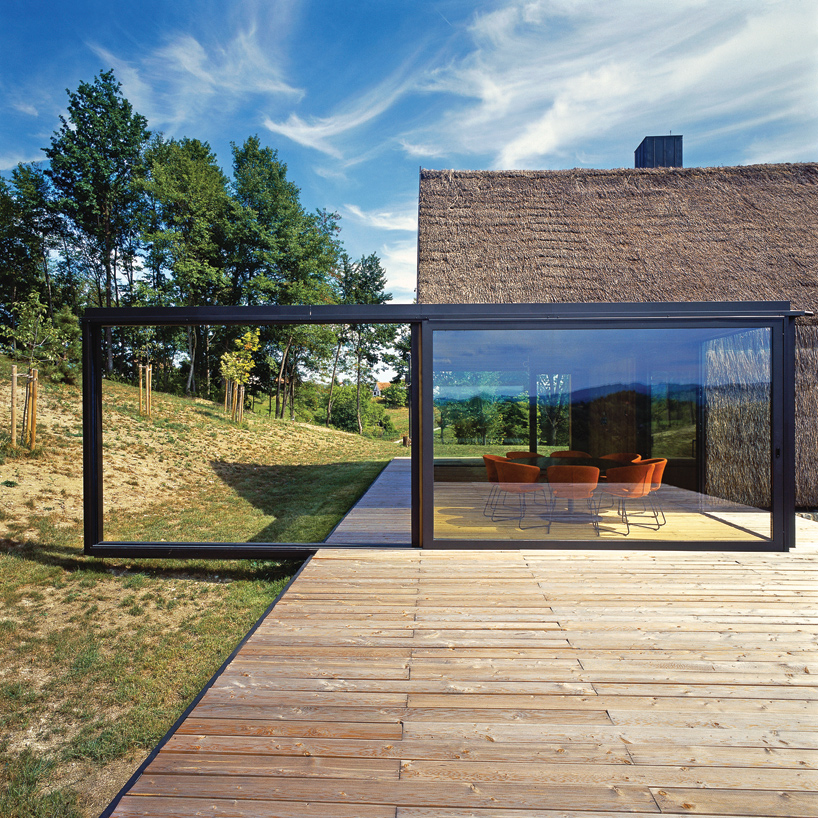 the renovation saw a glass cube inserted into the traditional building

following the local heritage and design of the region, the external frame was kept, while the porch was substituted with a transparent glass cube. to give the cottage maximum daylight from its south facing orientation, the glass form is extended out of the main house volume to simultaneously create an entrance foyer. the connection between interior and exterior spaces was highlighted through leaving one of the glass walls exposed. 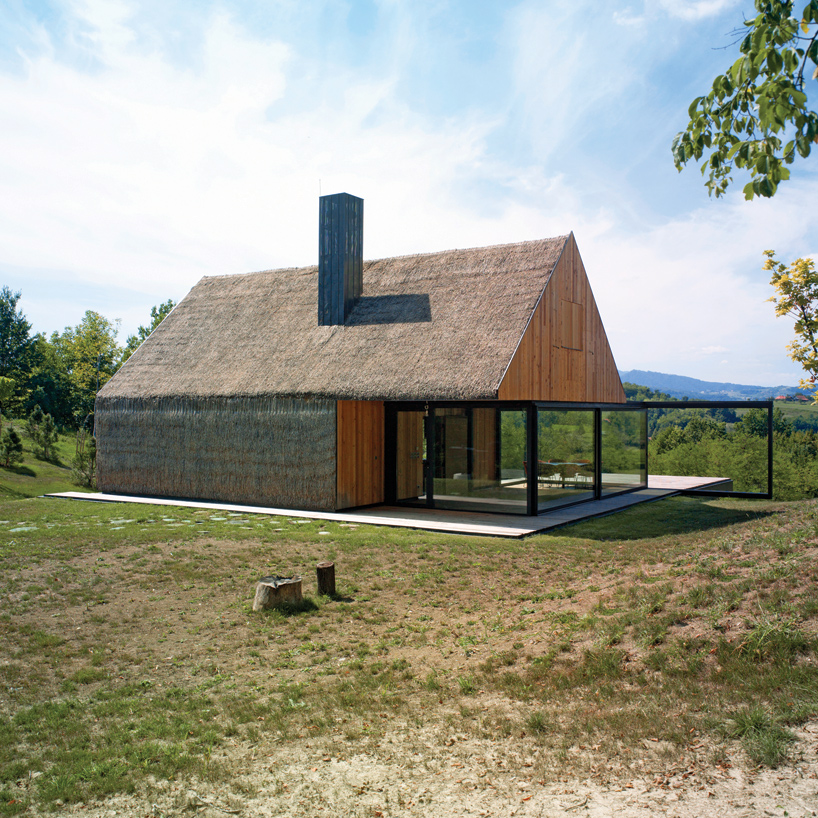 the cottage before was left in a dilapidated state

the cottage is spread across three floors: the basement, ground floor and first floor. a distinctive feature of the residence is its straw thatch roof, which has been newly replaced and extended over the facade forming a canopy. the new terrace features a timber decking which suspends over the hillside and out towards the landscape. 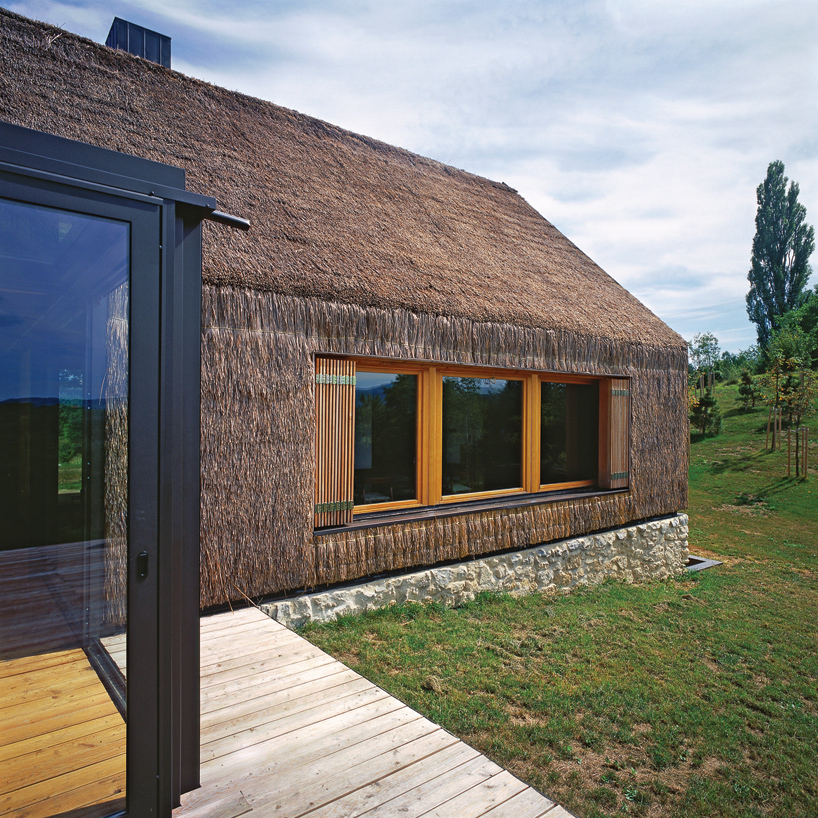 the home sits on a stone base

the construction saw locally sourced materials and craftsmanship utilized; most focus placed on the use of straw on the roof. largely considered an archaic and forgotten material, in this case it makes this modest house a subtle yet distinctive homage to the wealth of culture and heritage of the zagorje region. 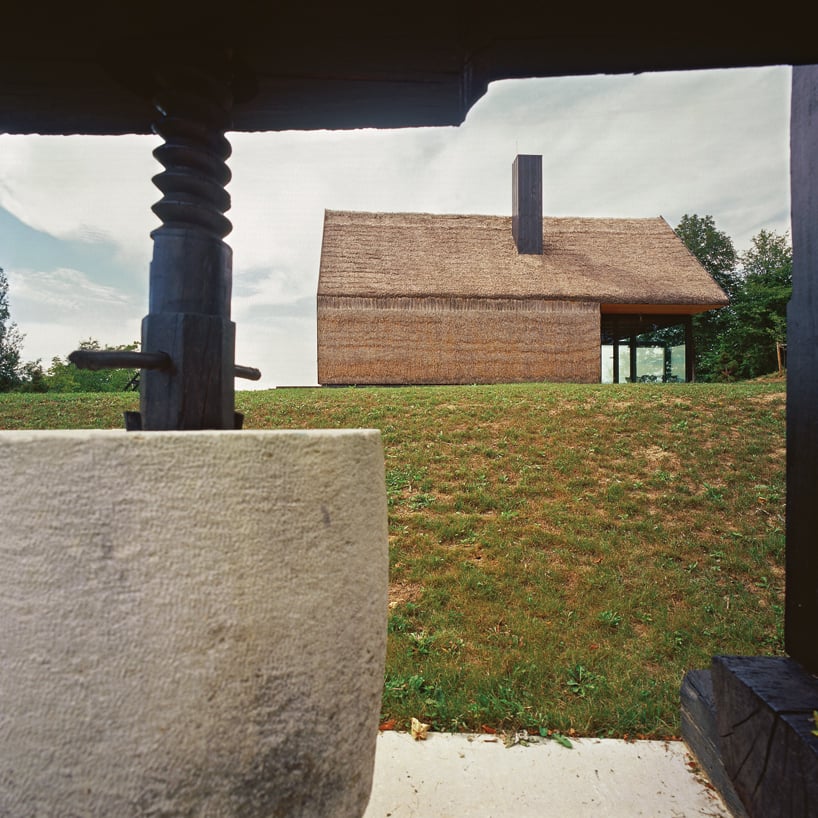 the outer envelope has been crafted using straw 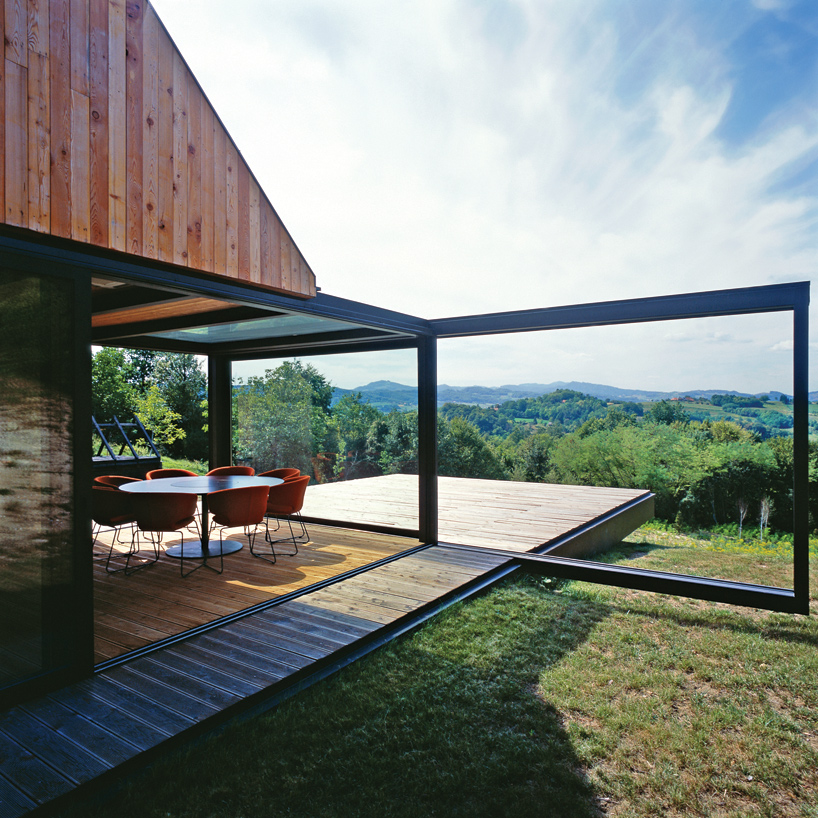 a timber deck extends slightly over the hill towards the greenery 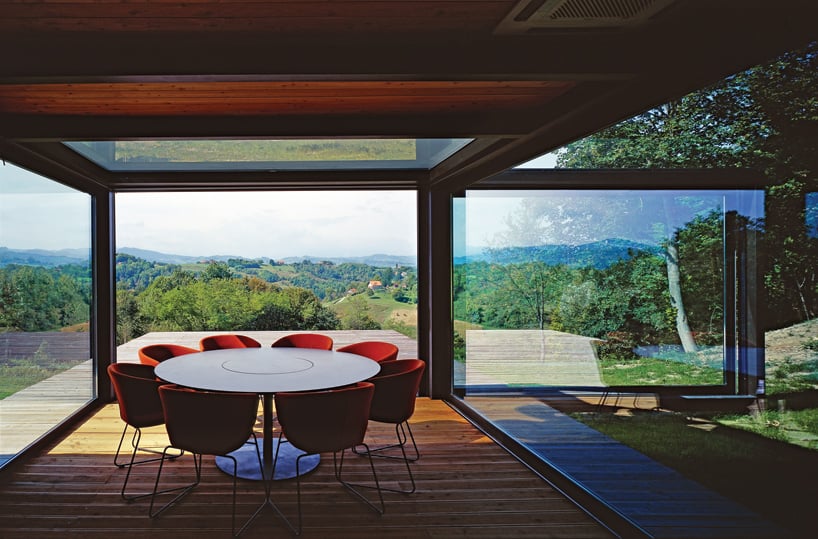 inside the glass cube, there is a dining room 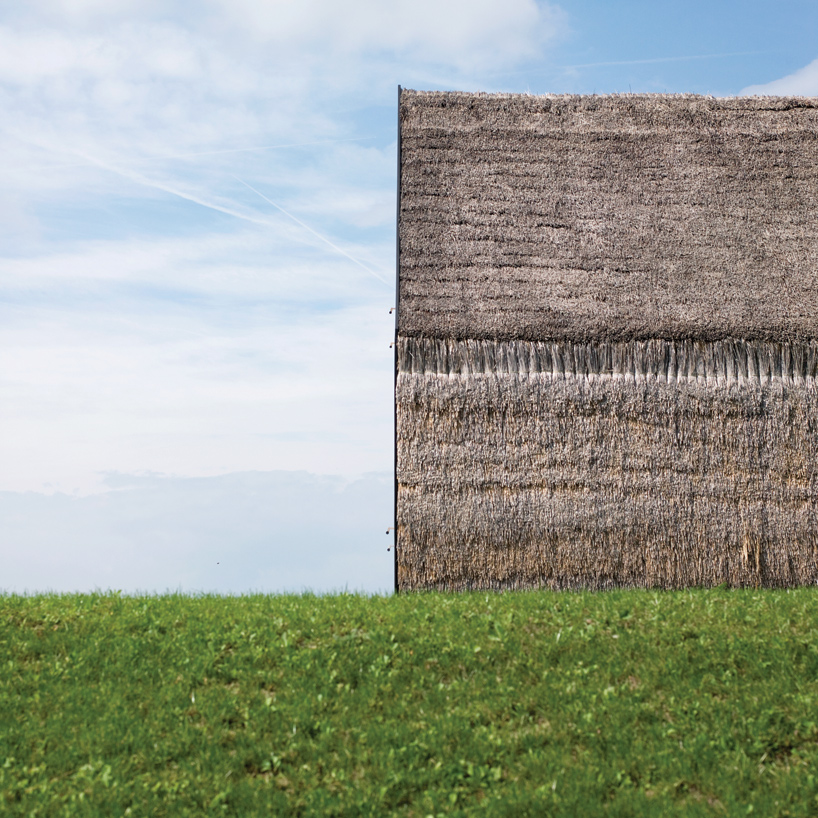 the architects decided to reinterpret a traditional croatian farmhouse 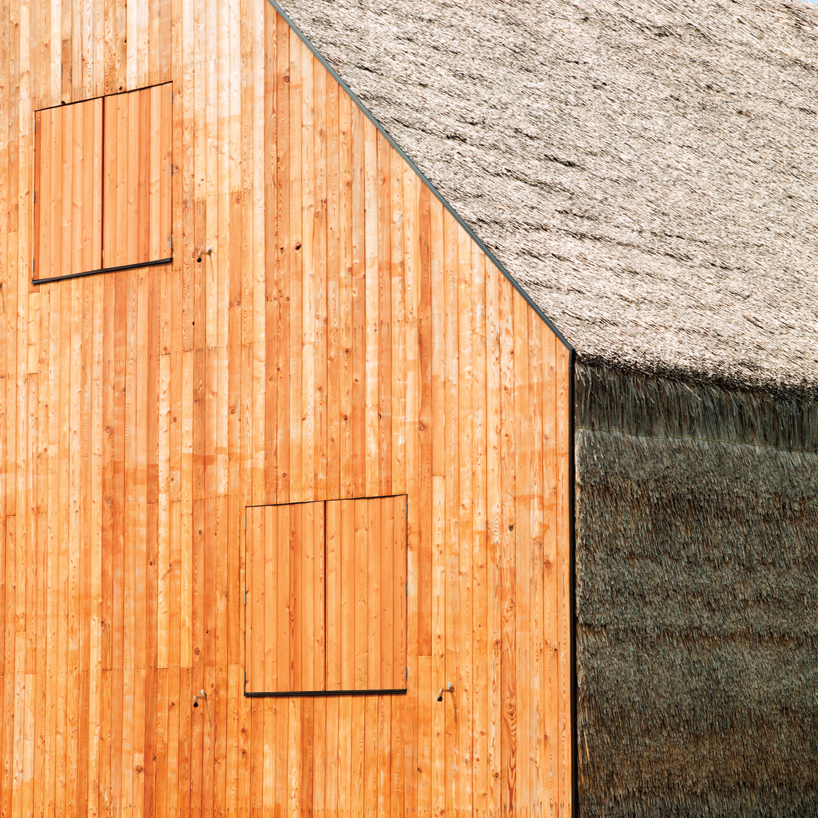 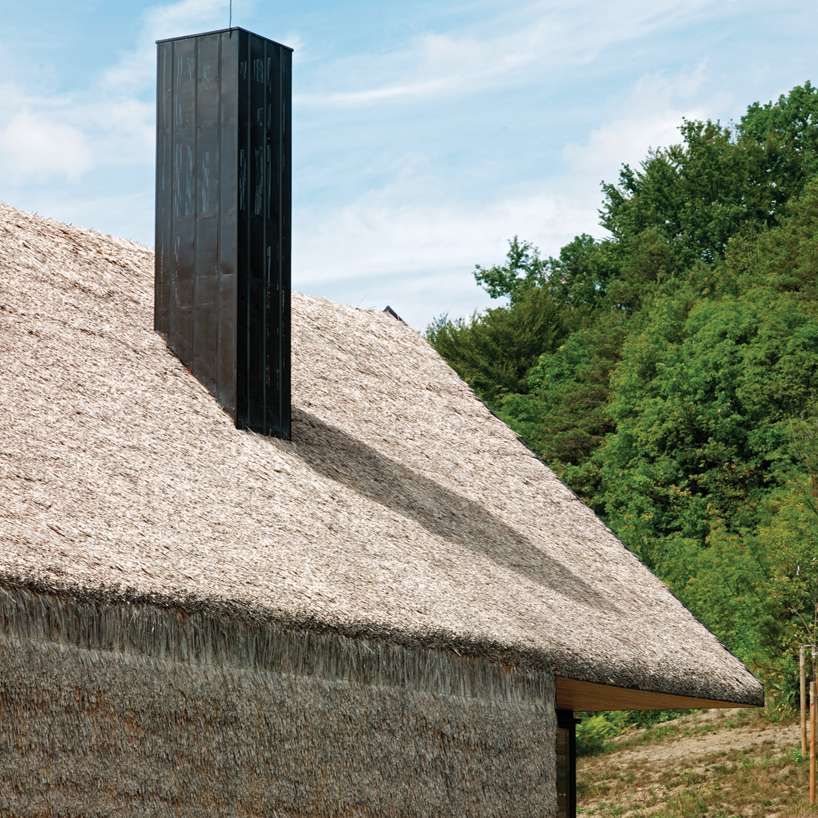 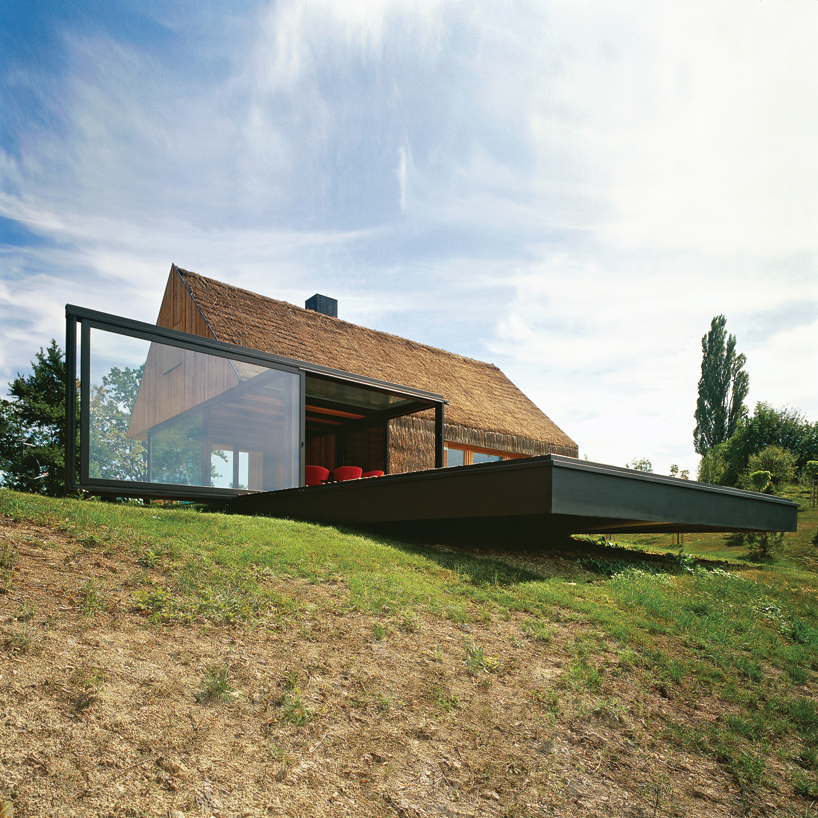 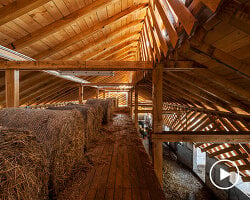