vienna-based architecture office propeller z has completed an addition to an old farmhouse in fahndorf, austria. constructed on a budget of 70,000 euros, ‘flag’ negotiates the conditions and features of the pre-existing structure while remaining quiet in its presence from the nearby street. 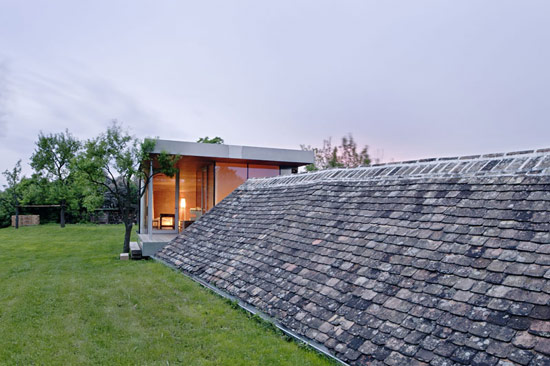 the 200-year old farmhouse is a traditional U-shaped structure with a courtyard separating the living space from the barn and stable. the south wing is half buried into the slope of the site, exposing just its pitched roof, consequently establishing no relationship with the acreage to the back. to remedy this, the new dwelling, which accommodates a kitchen and living space, sits elevated on the terrain, opening completely to the south with floor-to-ceiling glazing. it is partially supported by a corner of the original structure but remains unconnected to it with minimal disturbance. to access the rest of the house, an exterior staircase between the two masses must be utilized. a sheltered space is created underneath the addition that leads out to the courtyard and stable level. 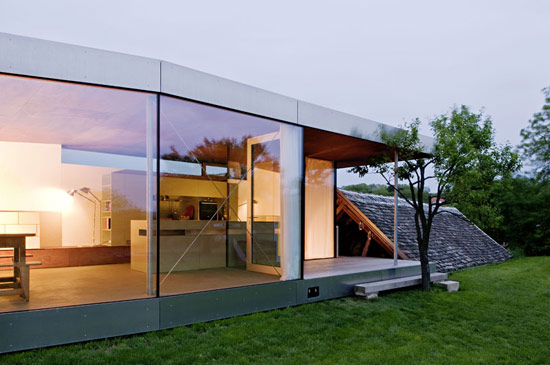 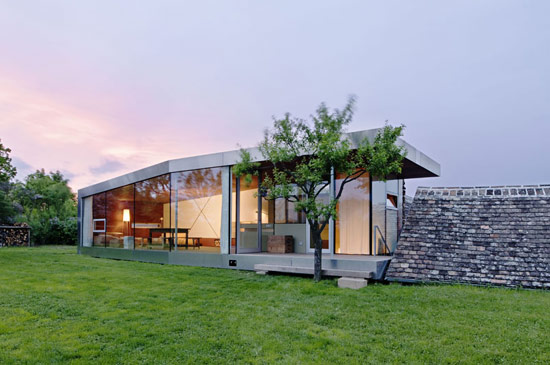 to remain within the budget allotted for ‘flag’, much of the materials chosen were local and readily available: the ceiling is clad in warm wood as is the entrance platform that the stairs lead up to. the floors are done in exposed concrete while the internal insulation is made from recycled newspaper. the north side of the addition features a wood stack that spans the entire length of the facade, which is both a reinterpretation of the local farmhouse typology as well as an aesthetically pleasing element on its own. 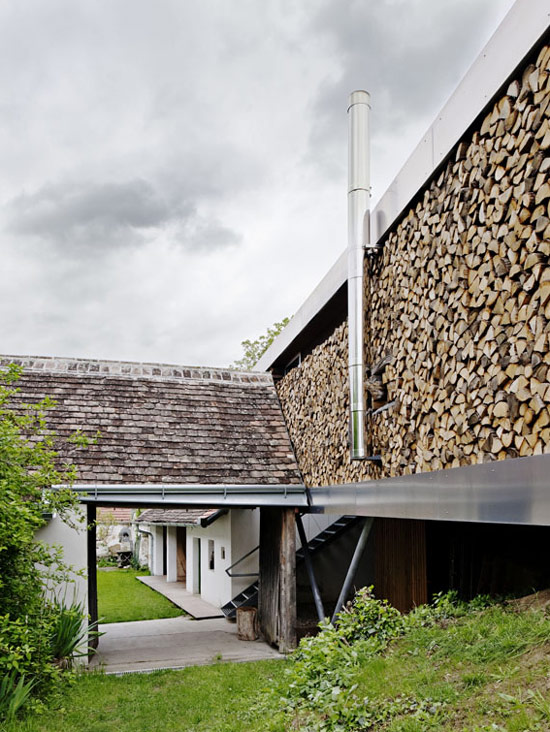 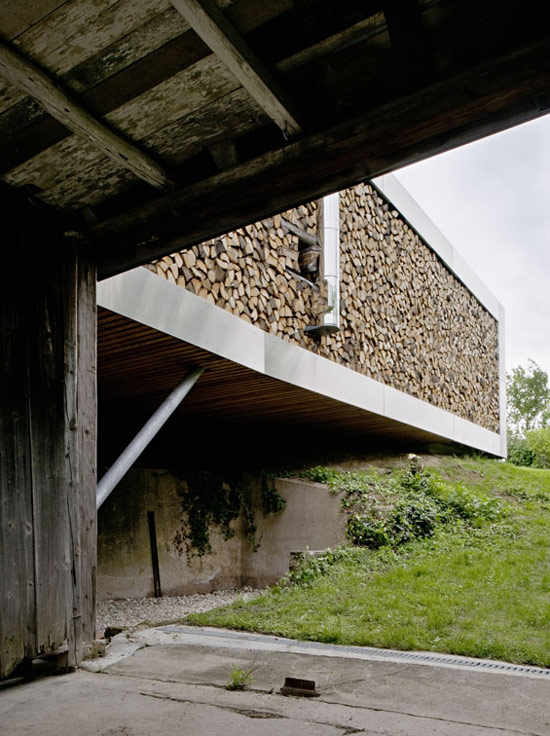 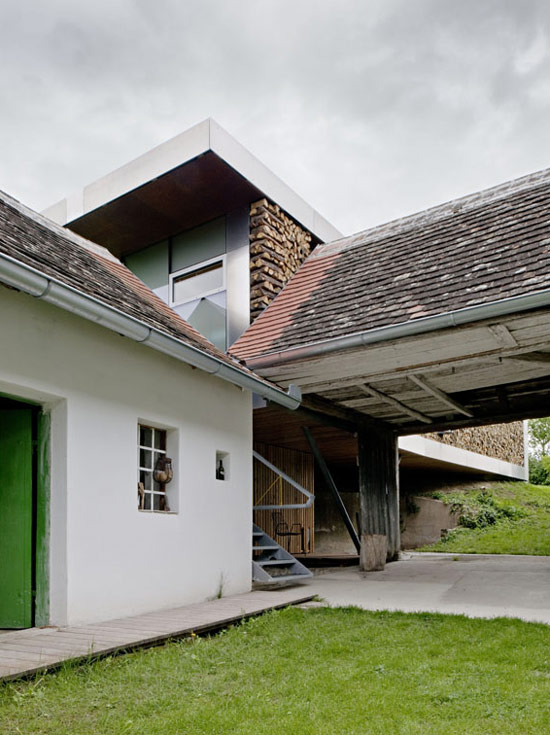 the addition next to the original structureimage © hertha hurnaus 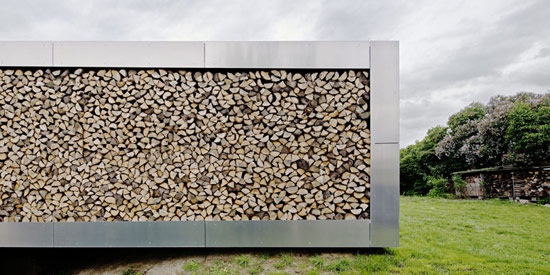 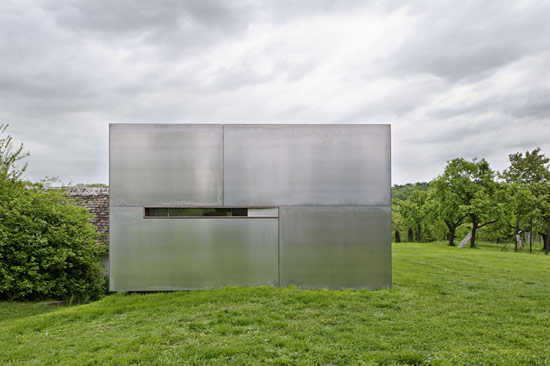 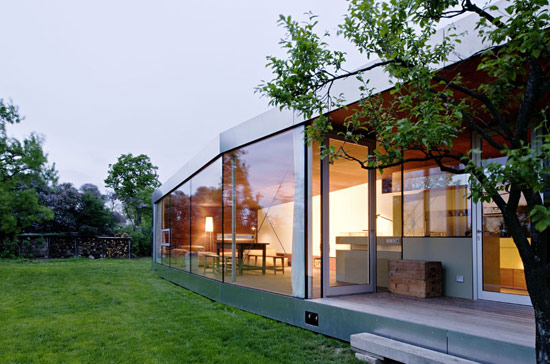 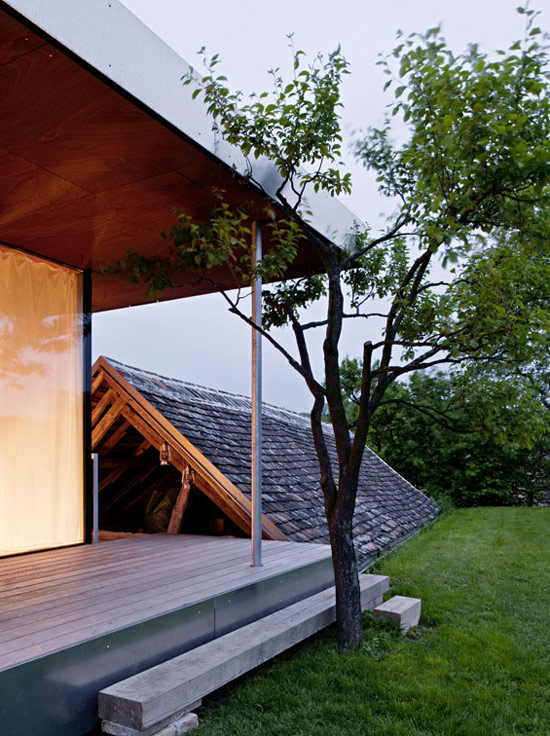 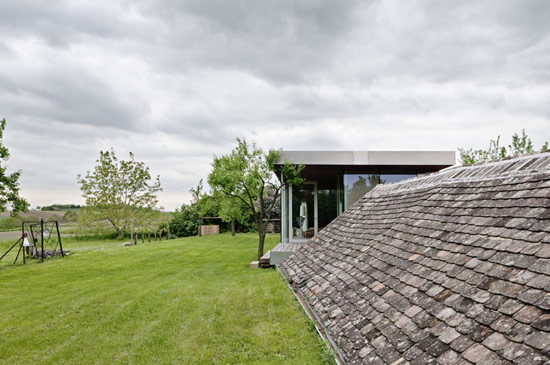 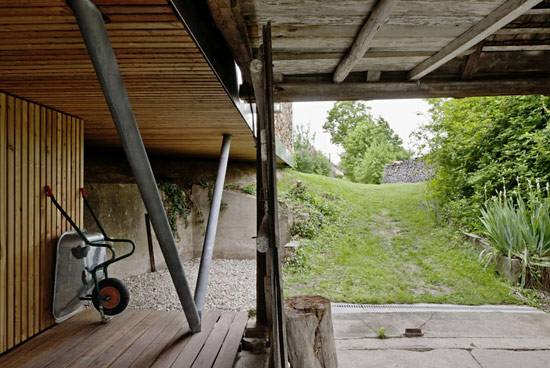 the addition, which is lofted in place with truss-like legs, creates a sheltered space underneathimage © hertha hurnaus 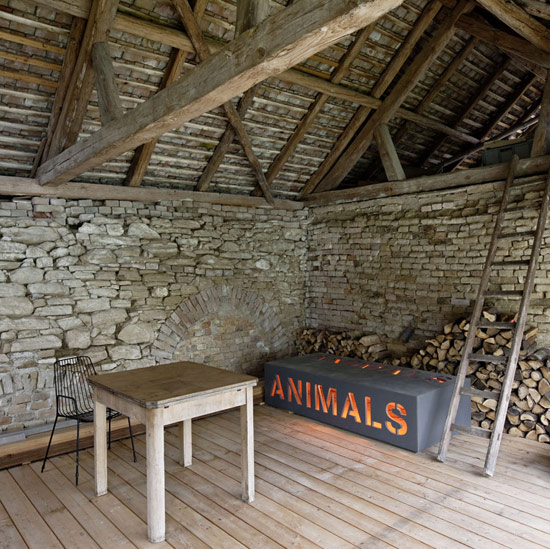 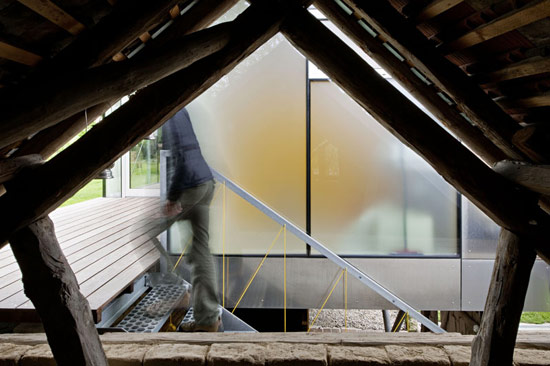 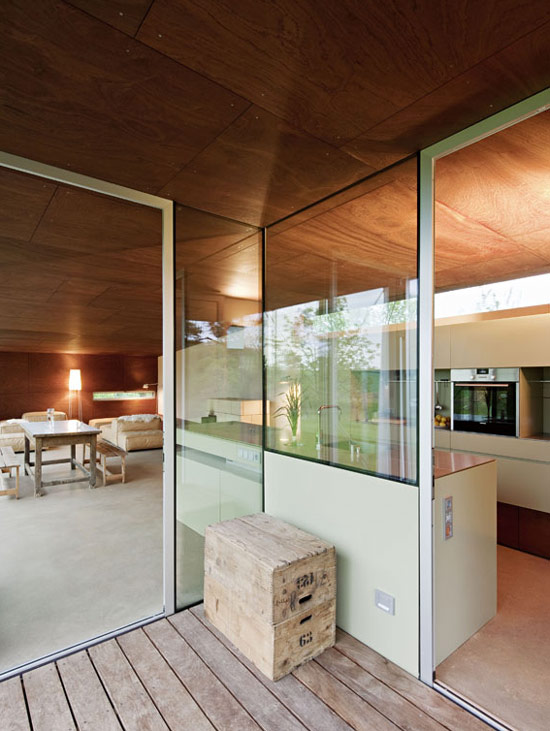 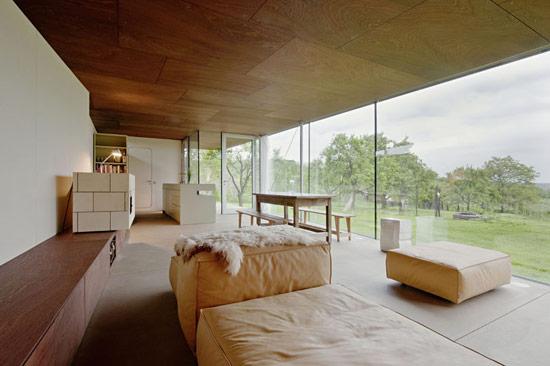 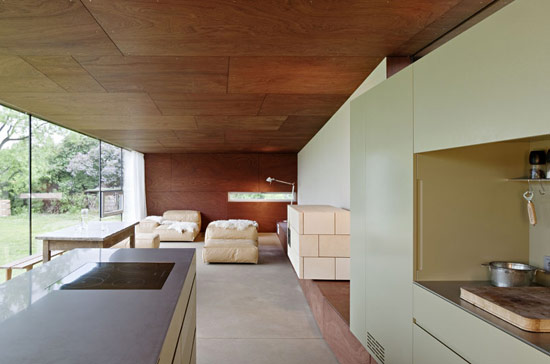 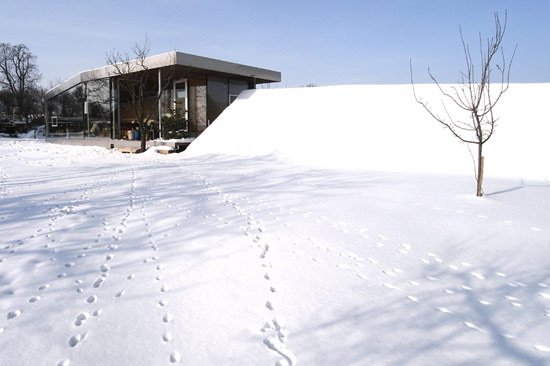 the barn’s roof structure hidden in the winter 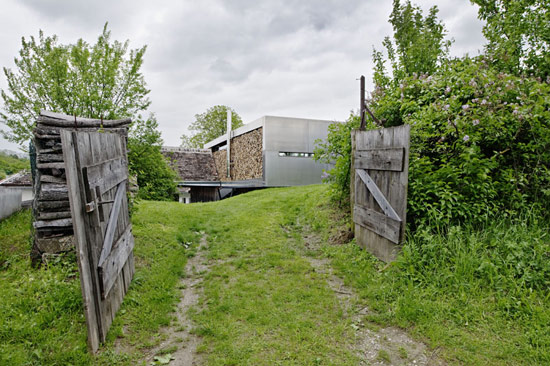 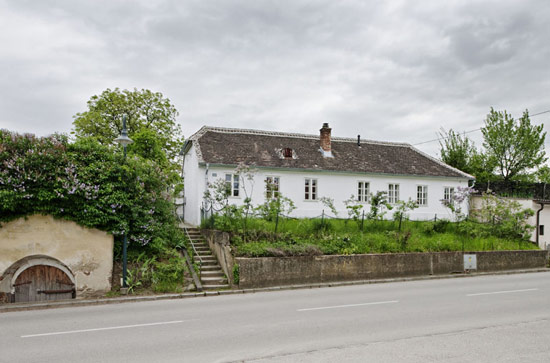 the house from the streetimage © hertha hurnaus