in canada, the montreal port authority (MPA) has unveiled plans to restore alexandra pier and the adjacent iberville international passenger terminal. developed by provencher_roy, the renovation project creates a host of public spaces along the city’s waterfront — better integrating the pier and the terminal with the urban fabric of old montreal, while meeting the operational needs of cruise lines. ‘this is a structuring project for the tourism industry, as well as for residents and visitors of old montréal, who will benefit from the revitalization of the alexandra pier facilities,’ says claude provencher, architect and senior partner. 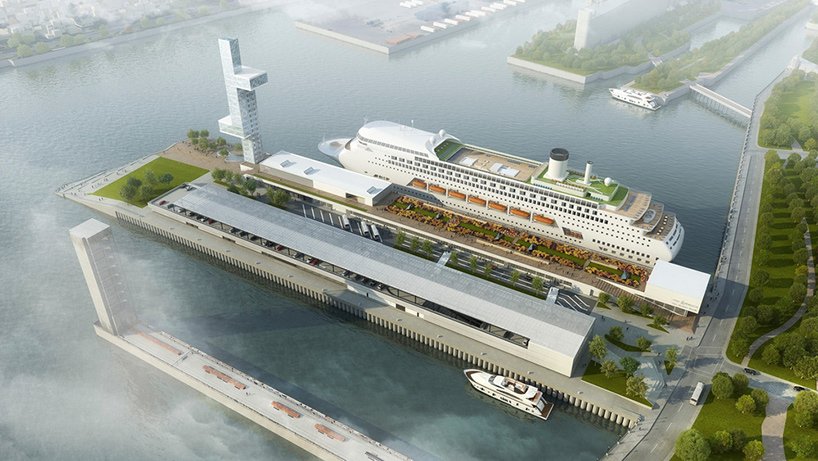 an aerial view of the redevelopment plan

provencher_roy’s redesigned terminal moves the entrance of alexandra pier, bringing passengers closer to the old port and its shops. furthermore, the terminal will now welcome customers at ground level in order to facilitate embarking and disembarking, as well as the processing of luggage. simultaneously, designated lanes for vehicles improve traffic flow and simplify access to the port facilities and its parking spaces. a reserved pedestrian pathway is also integrated, significantly improving access. 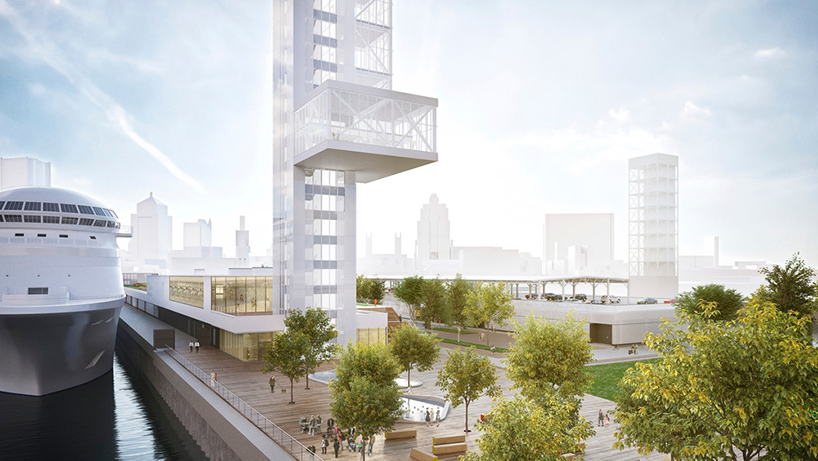 pedestrians have means of entry to a landscaped esplanade located on the roof of the maritime terminal. this promenade adds to the old port’s network of public spaces and helps establish connections between the saint lawrence river, the terminal, and the urban fabric. ‘from the project’s outset, our aim was to extend the old port’s linear park onto the pier,’ adds sonia gagné, architect and partner at provencher_roy. ‘we wanted to create a space that emphasizes the historical richness of the site while also providing a park, a place to relax, and a space that people could make their own.’ 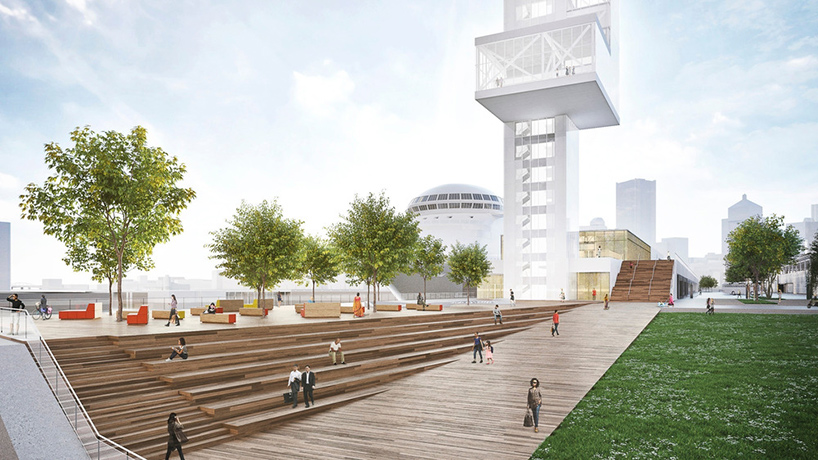 the focal point of the design is a tower that has been conceived as a landmark ‘lighthouse’, conveying a sense of arrival and departure. several elevated viewing platforms offer unique vantage points, enabling visitors to discover montreal upon entering in the port. the structure also serves as a transitional element connecting the raised esplanade, the maritime terminal, and the new park at the tip of alexandra pier. 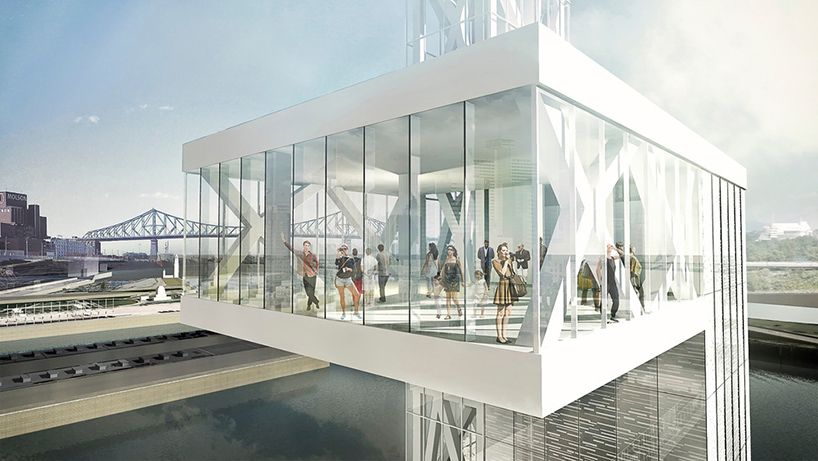 ‘after having been one of the leading forces in the founding of montreal, the port of montreal proudly continues this contribution with provencher_roy by providing the city modern and inviting maritime facilities for cruise passengers and residents,’ says MPA president and CEO sylvie vachon. ‘these improved facilities will meet client needs and give montrealers a renewed access to our majestic saint lawrence river to mark montreal’s 375th anniversary in 2017.’ 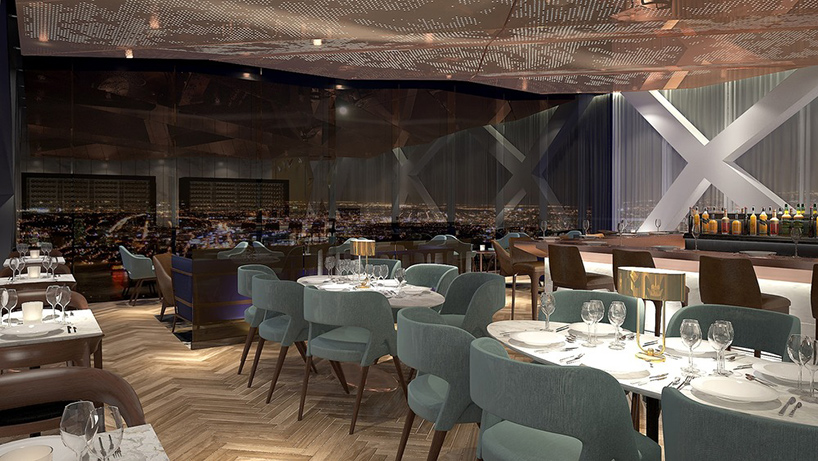 new restaurants are included as part of the project 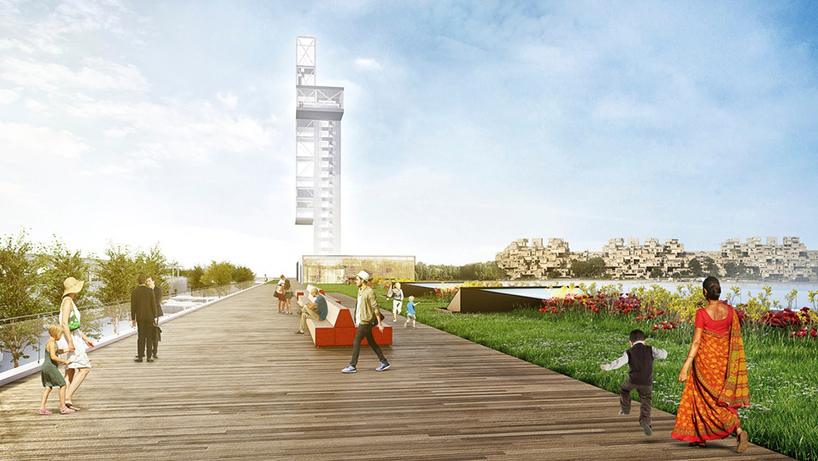 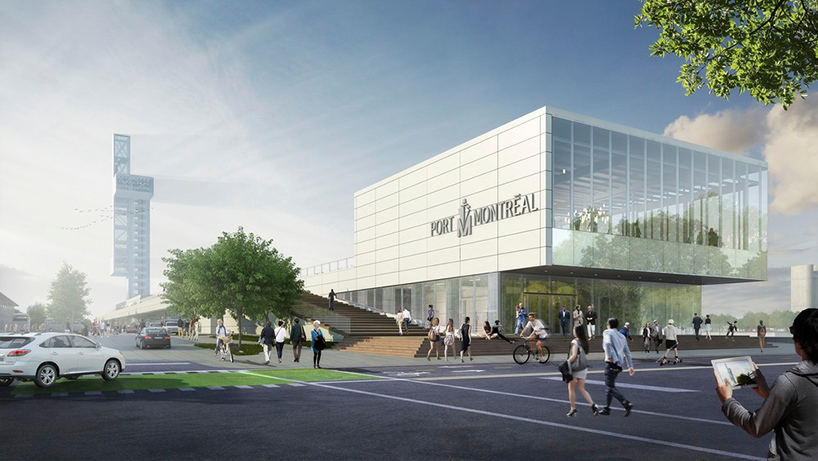 the design seeks to convey a stronger sense of arrival 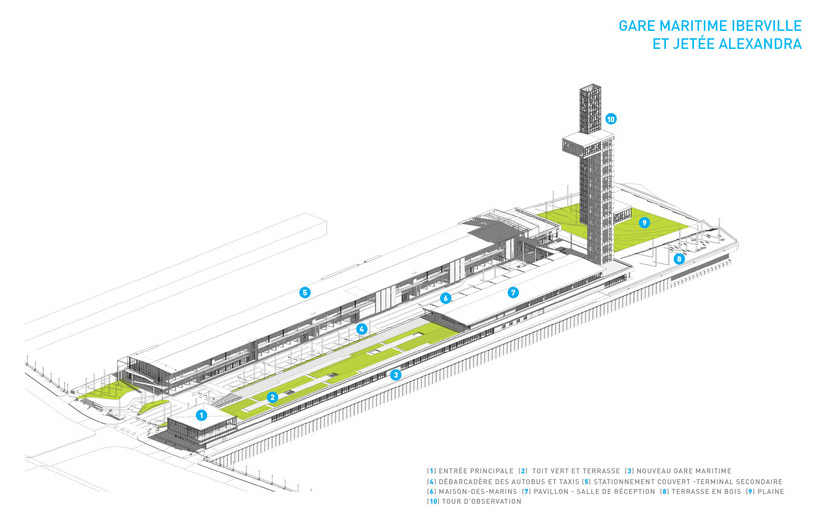 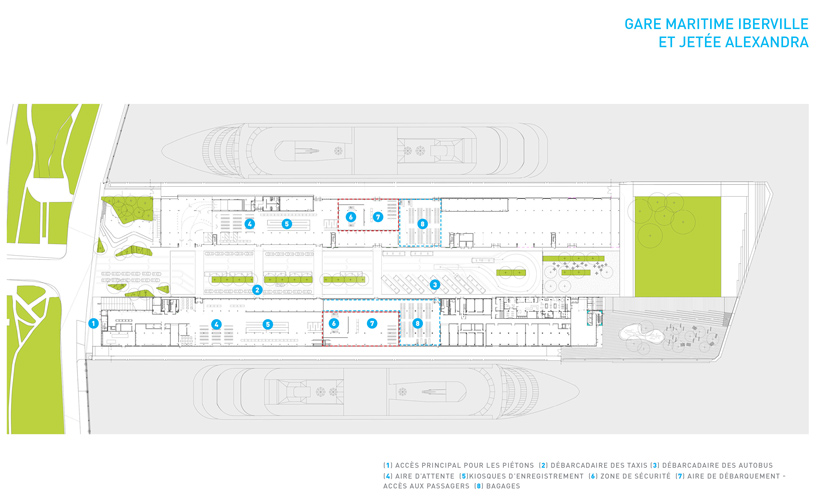 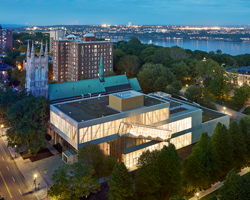 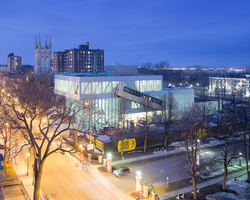 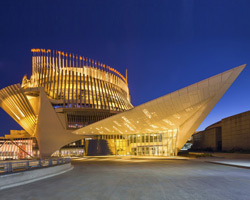