pslab beirut were approached by vincent van duysen architects to develop the lighting concept for a refurbished indoor market in antwerp, belgium. the space consists of a boutique, with a changing display layout on the ground floor, connected by a staircase to a restaurant in the basement and to a gallery on the first floor.

a wall/ceiling lighting installation was conceived to light the entrance of the project. it consisted of a collection of genuine old car headlights of different sizes and shapes, equipped with incandescent lamps, and upgraded with a wall-mounting fixation detail. the headlights were connected to each other with thick red wires creating a network of lights. a set of accessories was also conceived to integrate the headlight fixtures with apparent cables. the light network created started with wall mounted headlights to light the steps leading to the boutique and continued to spread over the ceiling to light the whole space.

the boutique space was characterized by three main architectural elements that were used to integrate the lighting. the first element was a set of four columns situated in the first square-shaped area of the space. we developed flexible l-shaped tubular fixtures mounted in groups of two or three, by means of a plate, on one of the sides of each column. a hinge system connecting the tubes to the plate allowed them to be rotated and their layout modified to light different zones, providing adaptability to the changing display of items underneath while being un-obtrusive and low-key. the head on each tube was a rotatable cylinder enclosing the lamp. a cut-out in the cylinder allowed the light to pass through; changing the location of the cut-out provided various light directions.

ceiling mounted projectors were installed in groups to provide adequate luminosity for specific corners. three over-scaled circular shaped fixtures were also integrated in the lighting layout in contrast to the linear fixtures. 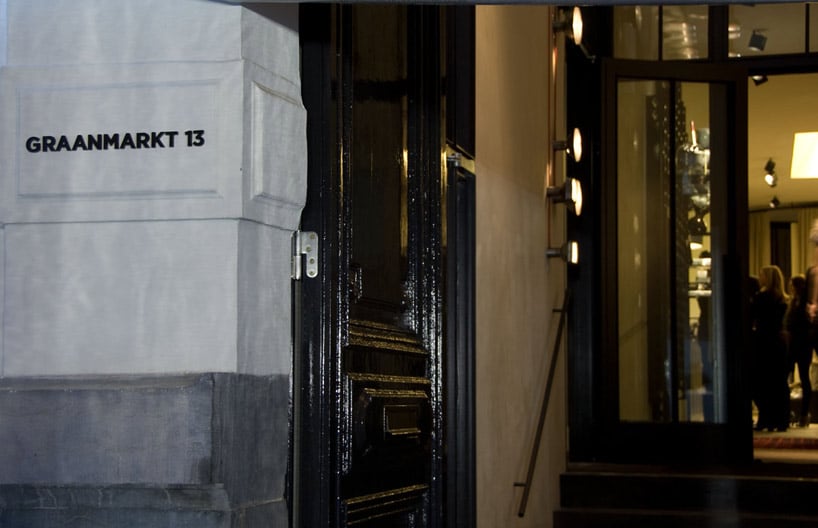 an installation of car headlights similar to that used in the entrance area lit the staircase leading to the restaurant. this installation, however, covered the full double volume of the staircase in order to cast light onto the boutique and restaurant through their glass facades. 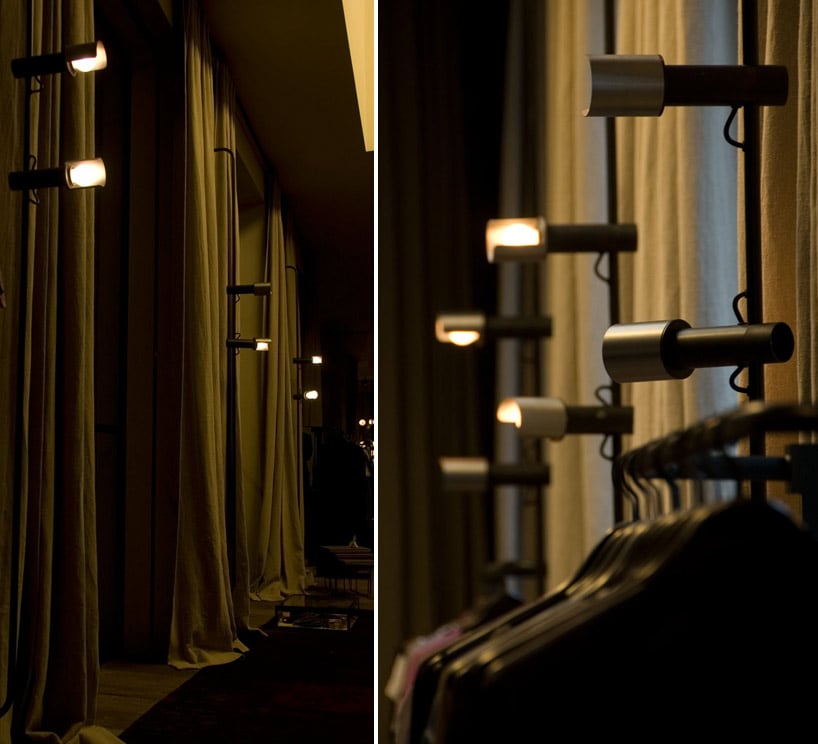 the second element was a wall with big glass openings onto a small terrace, covered by three large curtains. u-shaped tubular fixtures were conceived for mounting on the solid area between the glass facades, hence between the curtains. each tube carried two incandescent lamps  that can rotate by 90 degrees with respect to the vertical axis, and equipped by a 360 degrees rotatable shade. 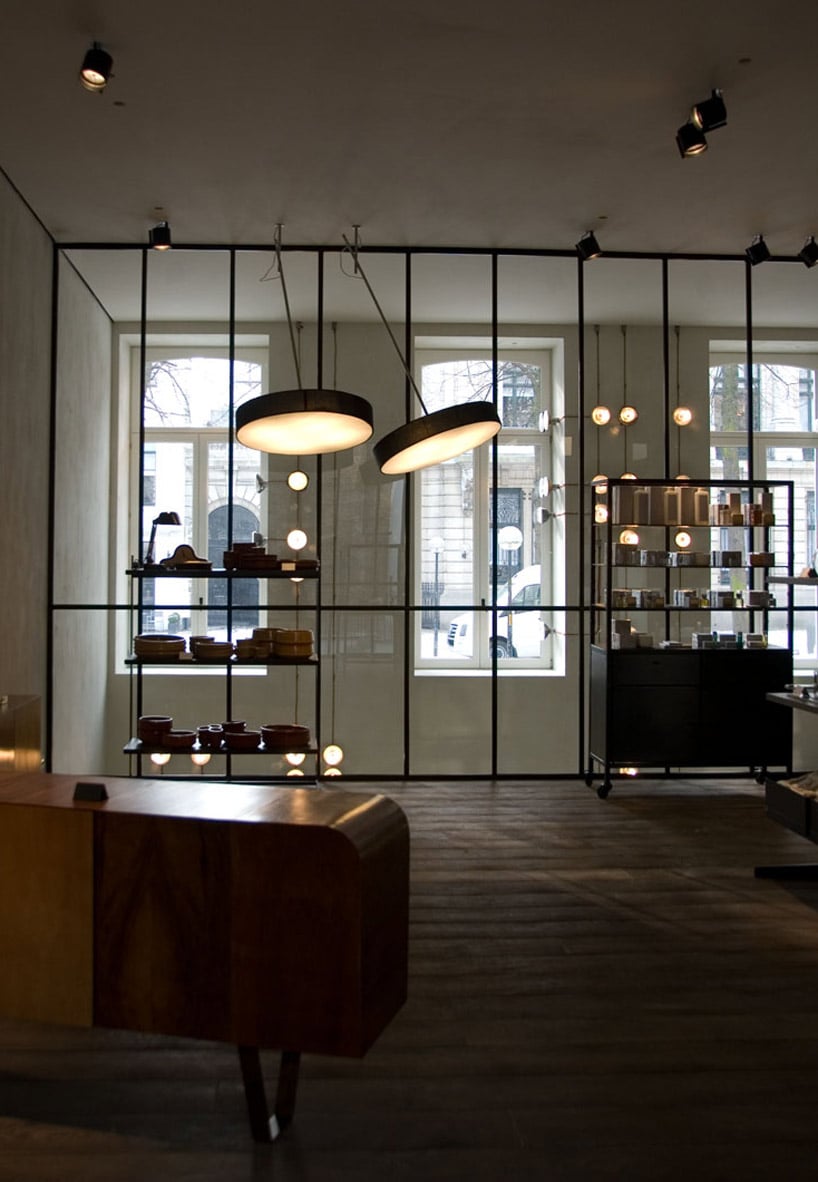 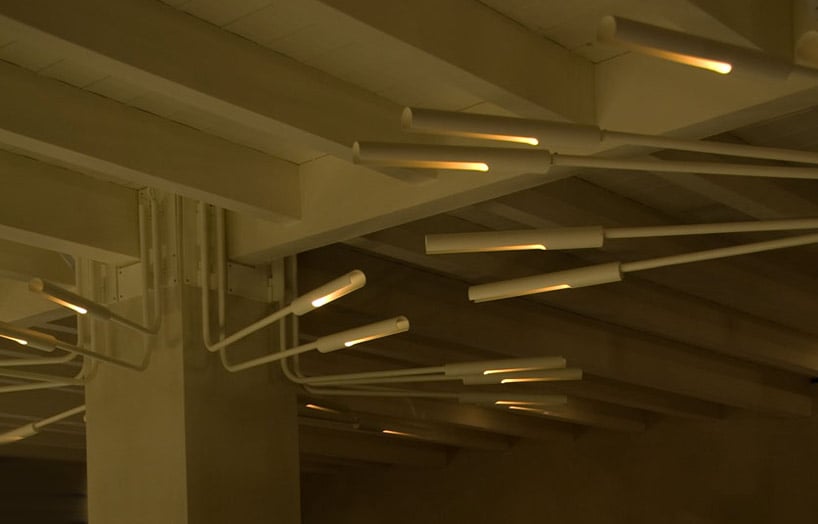 the restaurant area features two main columns surrounded by the dining tables. they chose to use the columns to create two huge clusters integrated with the architectural elements which defined the space. hence, we developed tubular fixtures mounted in clusters on all sides of the two columns. each cluster included multiple brackets of various lengths mounted on plates by hinges to provide a wider range of light. the shape of the head came as if an extension of the main arm yet enlarged to enclose the lamp. a cut-out in the head, parallel to the seating area, allowed the light to pass through. 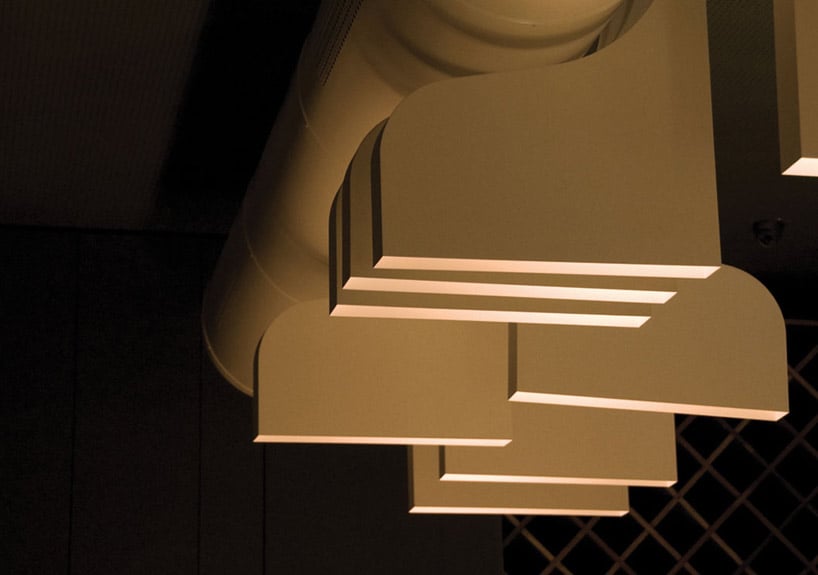 lighting for ‘mybar’, beirut by pslab

another recent lighting installation pslab created was for that of ‘mybar’ in beirut. the lighting based around the curves of an air duct. 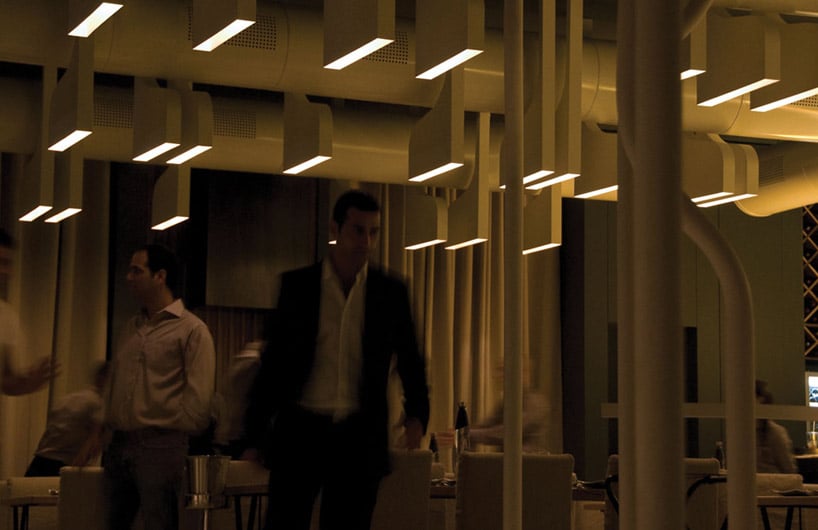 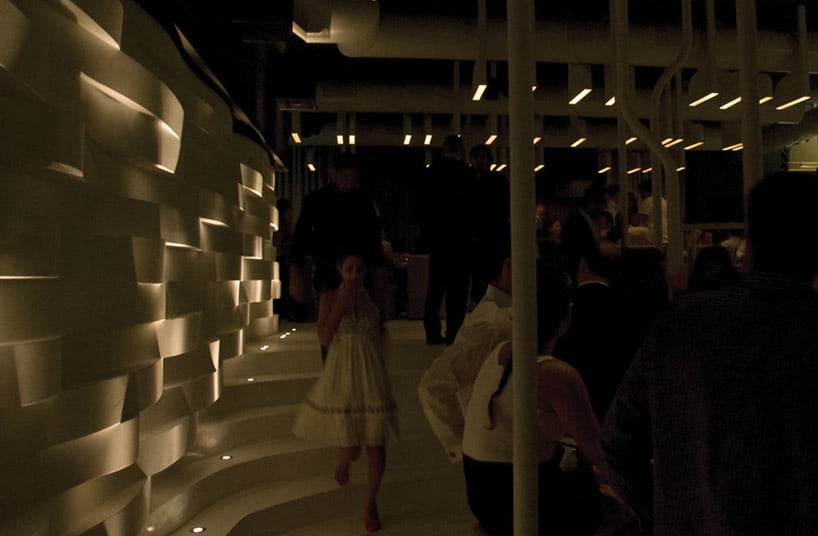 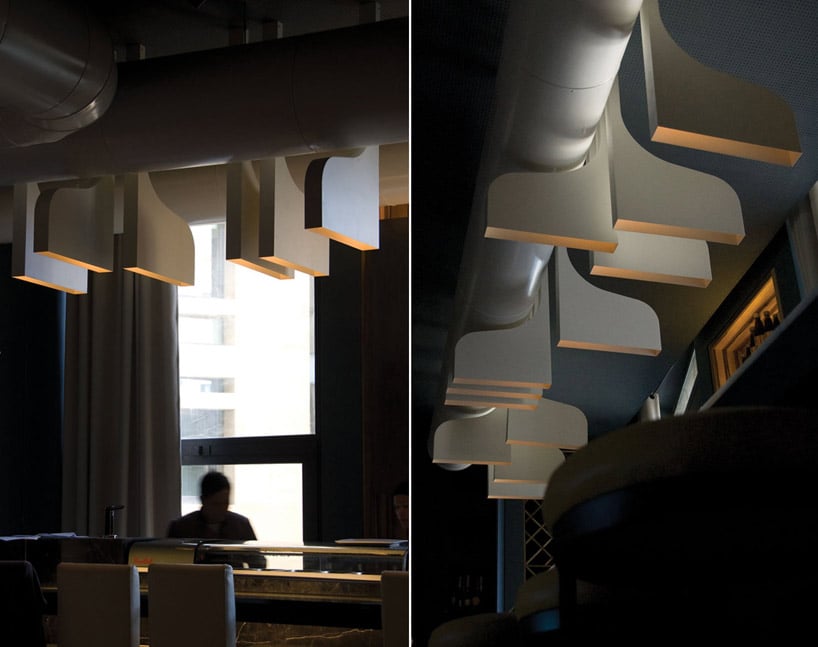 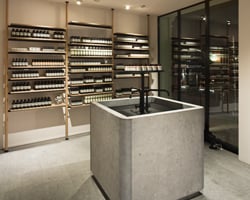 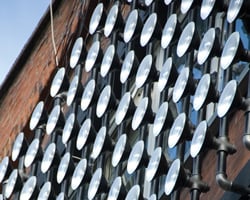 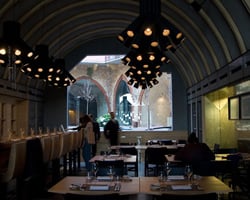 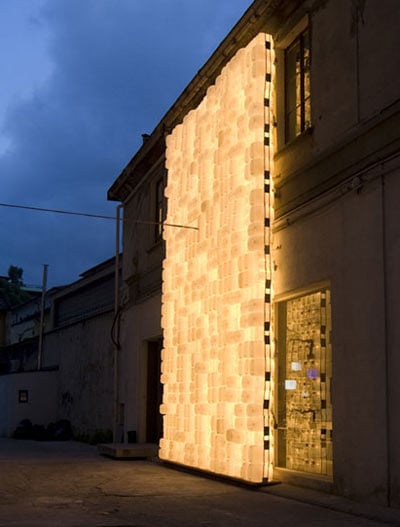 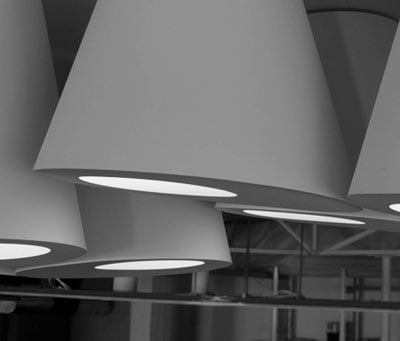