rachely rotem studio + phu hoang office together have won a competition organized by SHIFTboston to design an interactive architectural environment on boston’s fort point channel. the project, entitled ‘lighter than air’ will temporarily transform the barge into a pop-up public space that gives the waterfront a new visual presence. 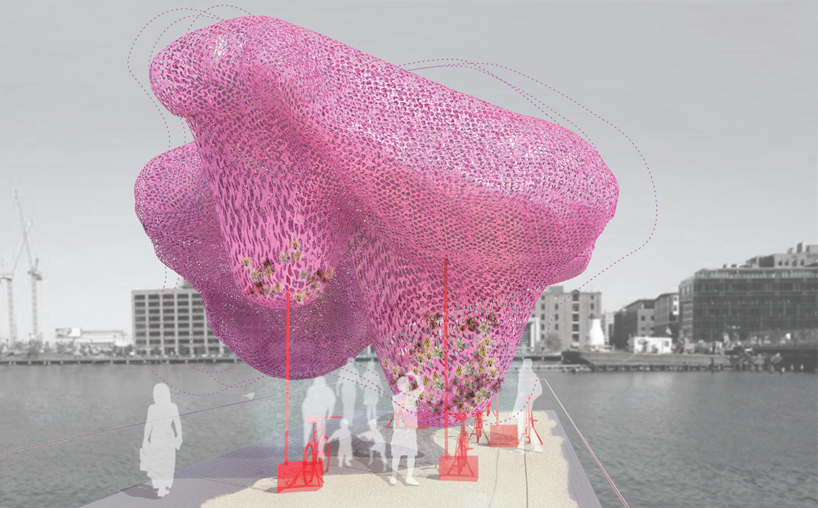 the structure, a three-dimensional camouflaged net, is held in the air by helium-filled weather balloons that form what is being called a ‘camovapor’ climate system. visitors are invited to generate ‘pedal power’ on a collection of outdoor bicycles that inflate additional weather balloons and transform liquid water into water vapor. as mist collects and condenses on the cool surfaces of the net and combine with soft harbor breezes, the organic and porous environment is transformed into a micro-climate zone. 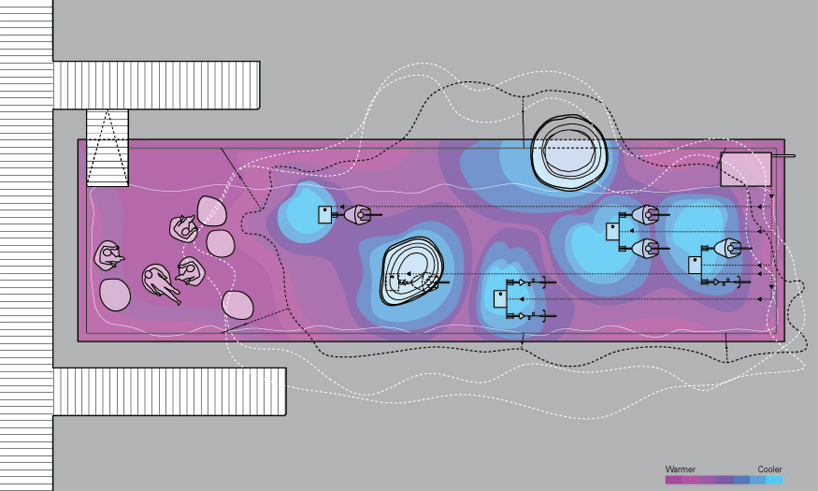 the concept uses principles of atmospheric micro-climates to create a new form of interactive public space, where the people interact with weather as an ephemeral form of architectural space. 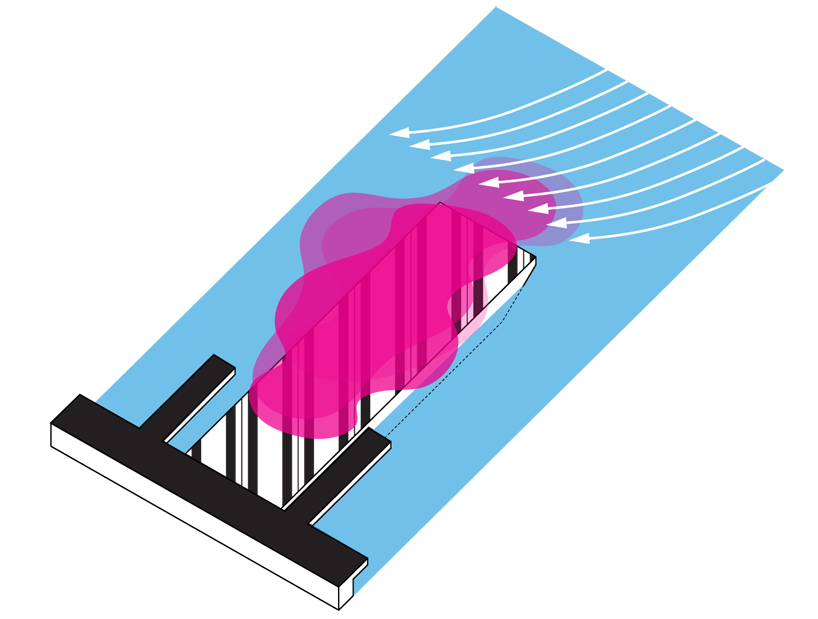 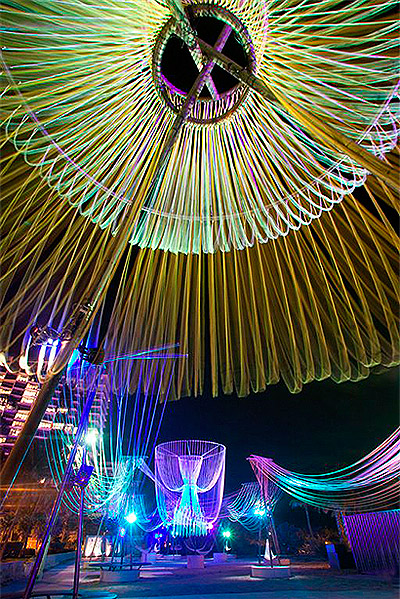