storehagen atrium, a 5000 m2 large governmental building, opened it’s doors to the public in september 2010 in førde, norway. constructed by futurum, the building hosts the national lotteri- og stiftelsestilsynet and the regional cultural department among other public institutions. after a competition by invitation, ralston & bau was chosen to design the signage of the building. the selected signage design is using the simplicity and clarity of the underground signage systems used in london, paris or new york. the idea was influenced by the fact that storehagen atrium will be an important hub in førde, a city with the desire to become a metropolis.

characteristic subway lines are used all through the signage system with strong colors and graphical shapes dedicated to each floor and institution. designed following the principles of universal design they should make it easy for any user, like persons with visual impairment, to find their way.

the project included designing the exterior and interior signs, from directions in the public areas to the name labeling on each office door. each of the 200 doors in the building has an unique design pattern. 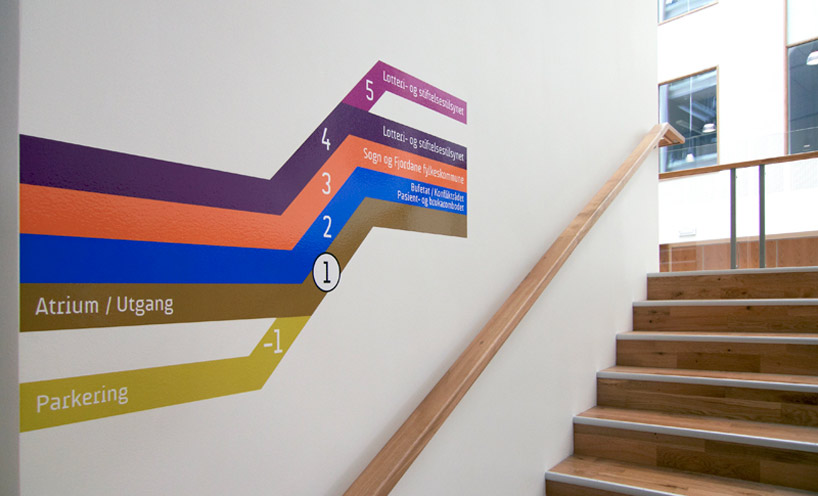 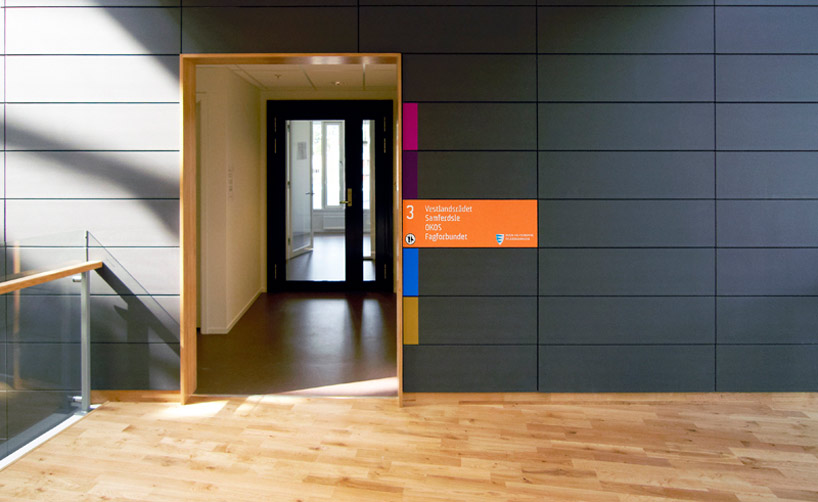 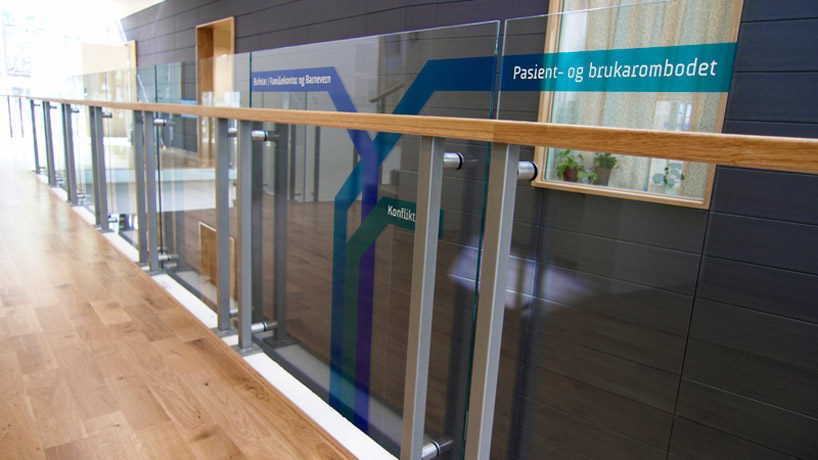 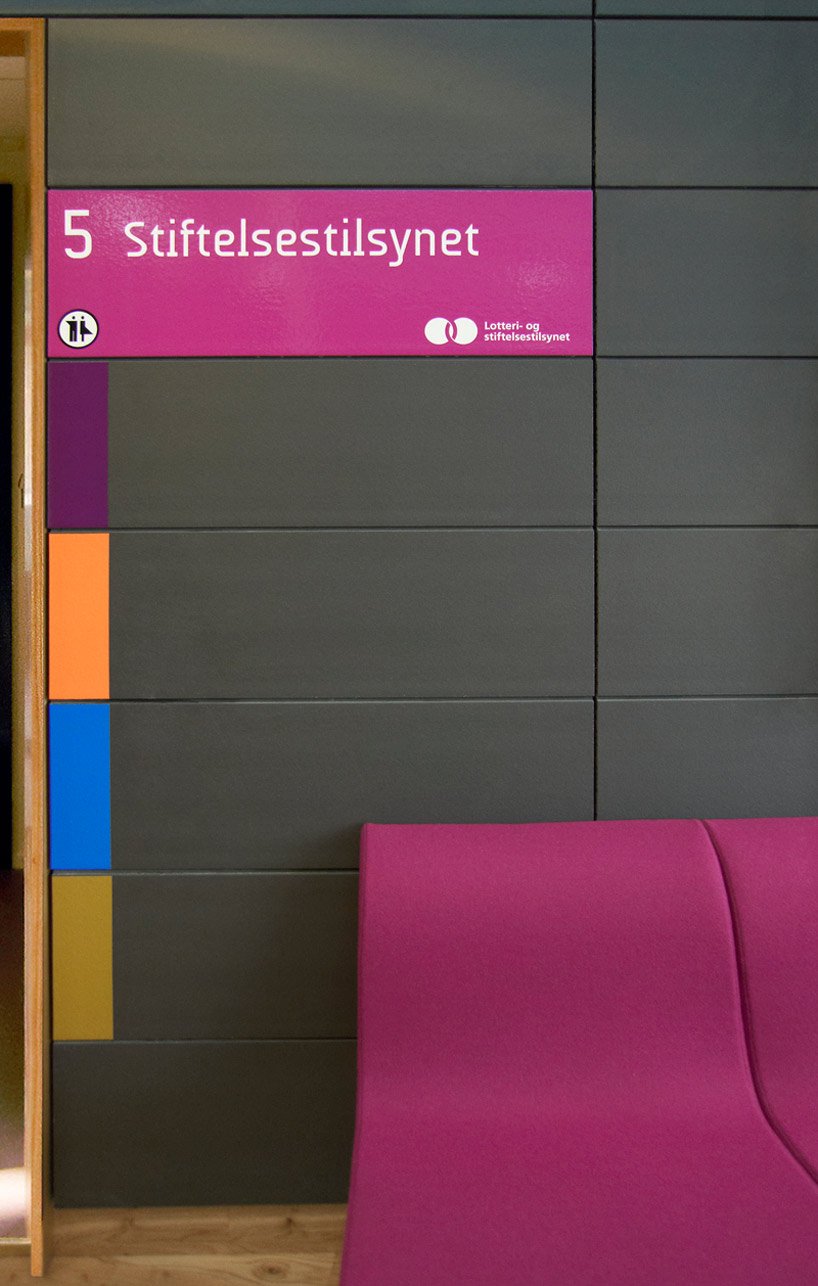 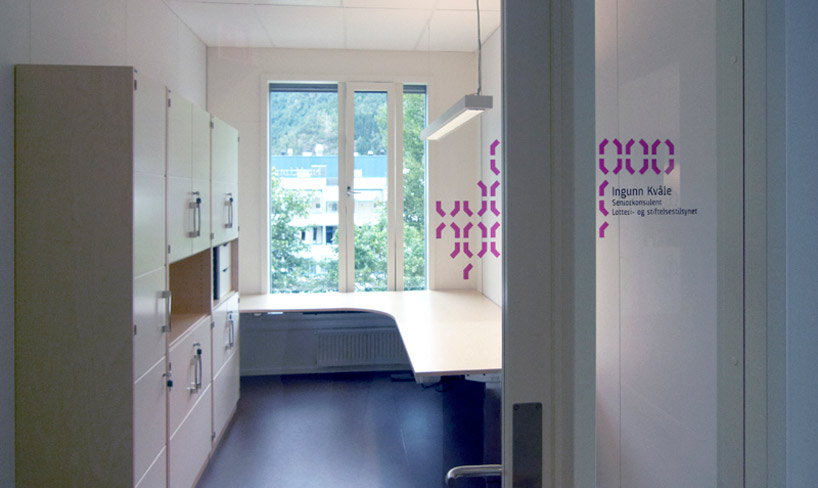 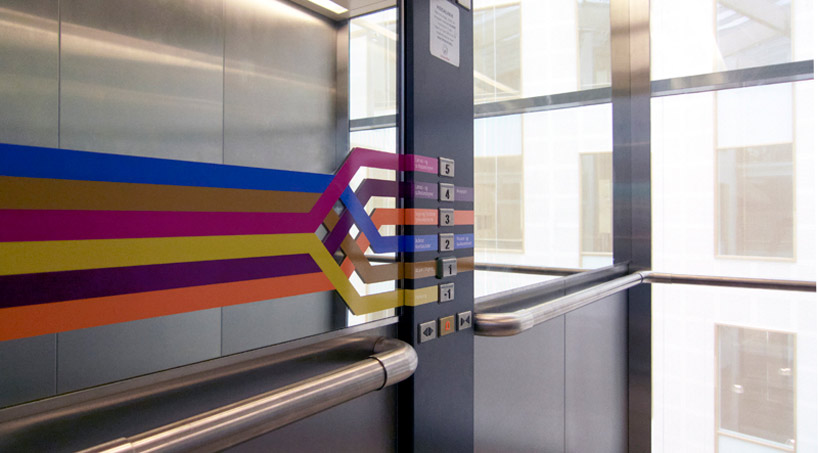 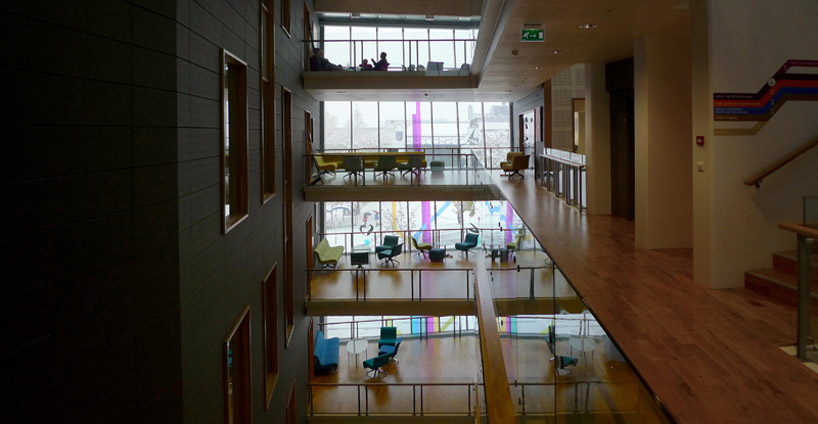 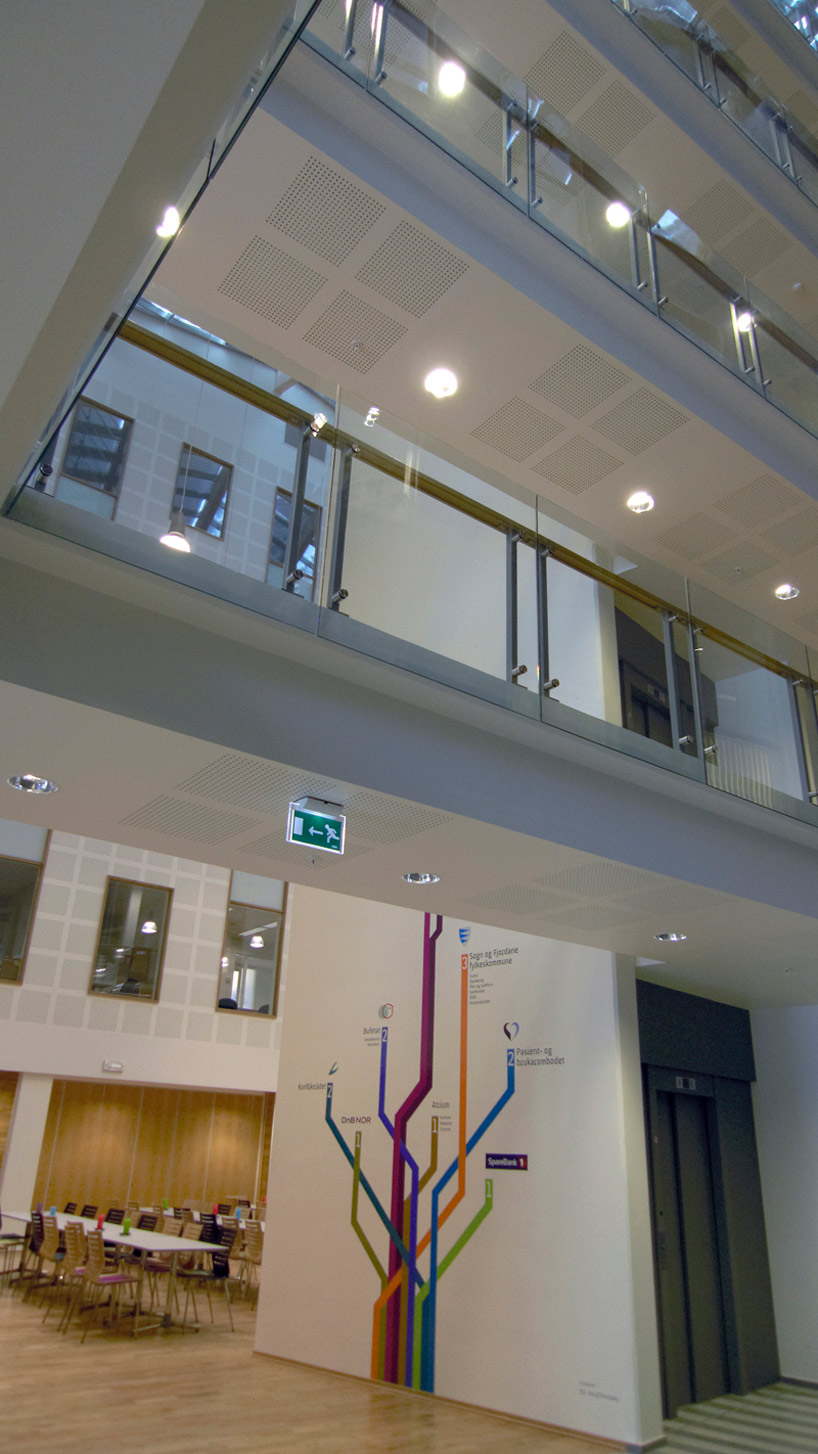 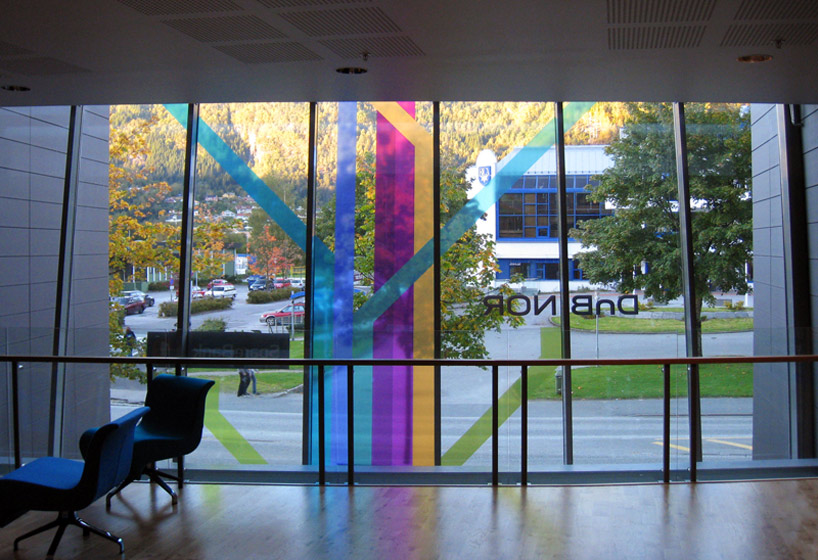 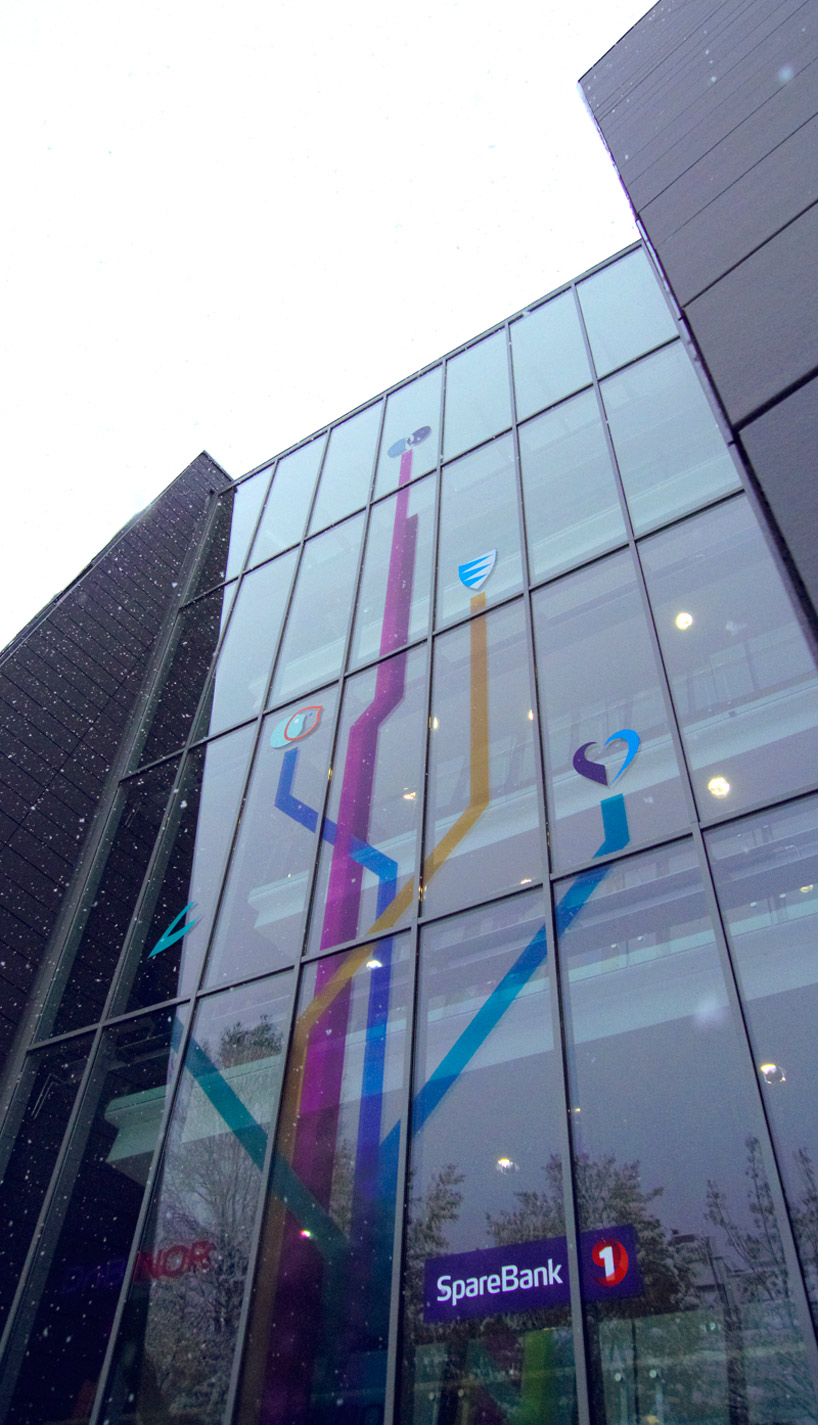