‘apartment tibbaut’ is located in a former nightmare-inducing basement in the depths of barcelona. measuring barely 55m2, the space has a single entrance from above, which is one of three providers of natural light. deep and dark, it was slightly less than inviting. but when a client came to raúl sánchez of RAS architecture looking to transform it into a small apartment, he took the challenge head-on. 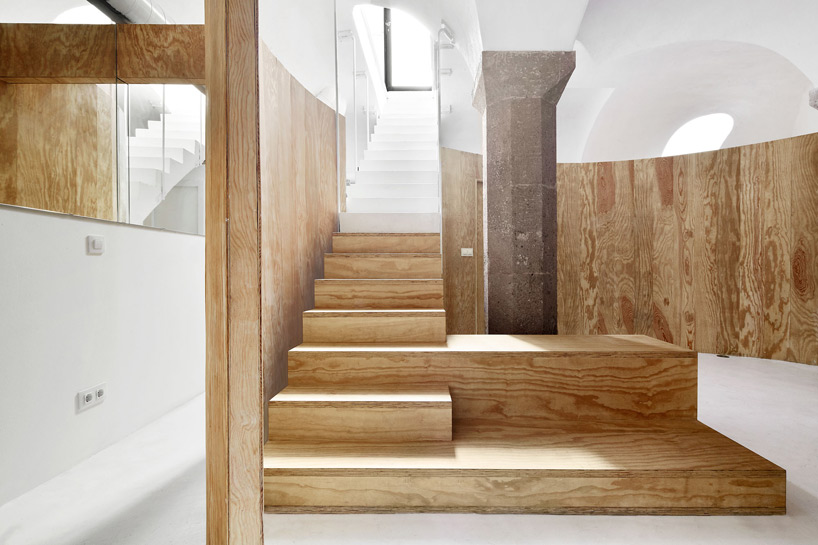 for all its flaws, the basement had its perks. it was simply built, and had a bold appearance thanks to the presence of two octagonal stone pillars which vault into the domed ceiling. the semi-open plan developed splits the space into two overlapping living spaces. a centrally located common area takes care of all public activities; with private spaces located in a circle around the circular home’s periphery. 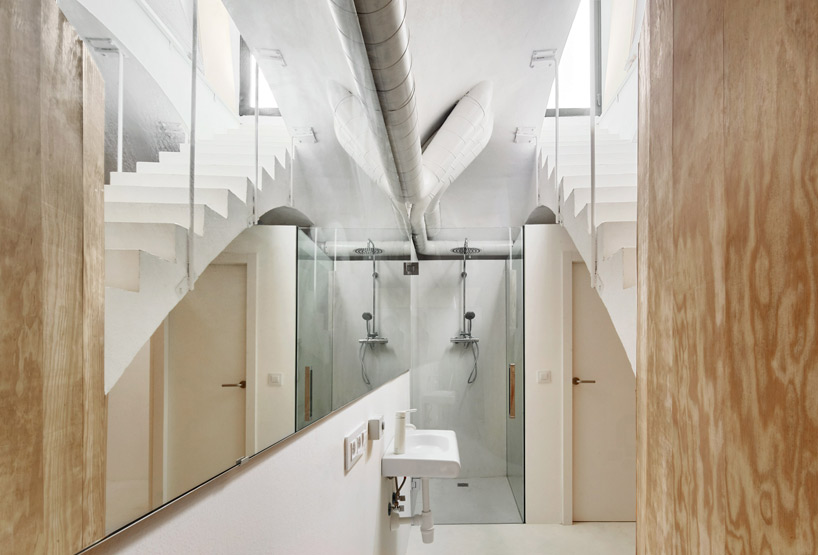 partition walls made of laminated pine divide each private area, but don’t reach all the way to the ceiling. this allows for the domed ceiling to be visible and continuous throughout the home, satisfying the client’s want for an open layout, and simultaneously letting natural light into the rooms. to further increase the space’s sunlight levels all floors and walls are painted white. 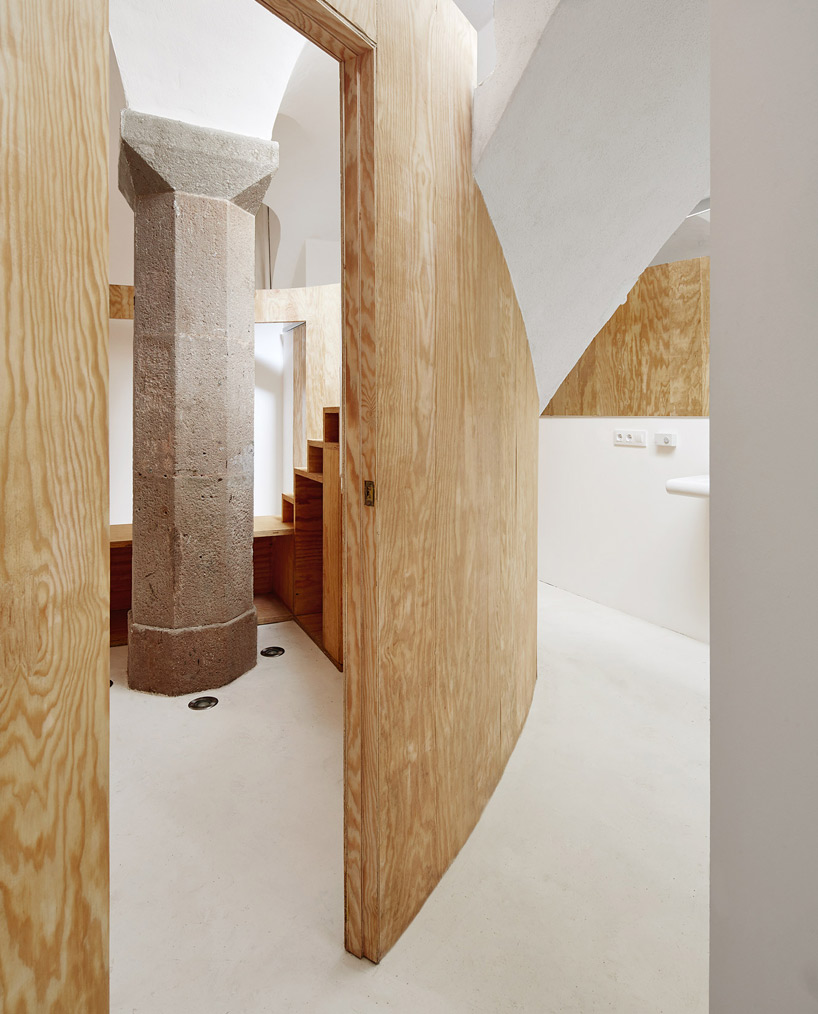 constructing ‘apartment tibbaut’ was a slow process due to the nature of the building. lack of ventilation and light drastically extended drying times for surfaces, as well as the time workers could safely inhabit the area. before adding walls, the floor needed to be artificially raised and layered with waterproofing and insulating layers. RAS also placed a heater and air-ventilation system that runs directly to a dehumidifier. gradually, the apartment was fully dried and rendered complete. the result is a comfortable, humidity-free space that looks, and feels, much bigger than 55m2. 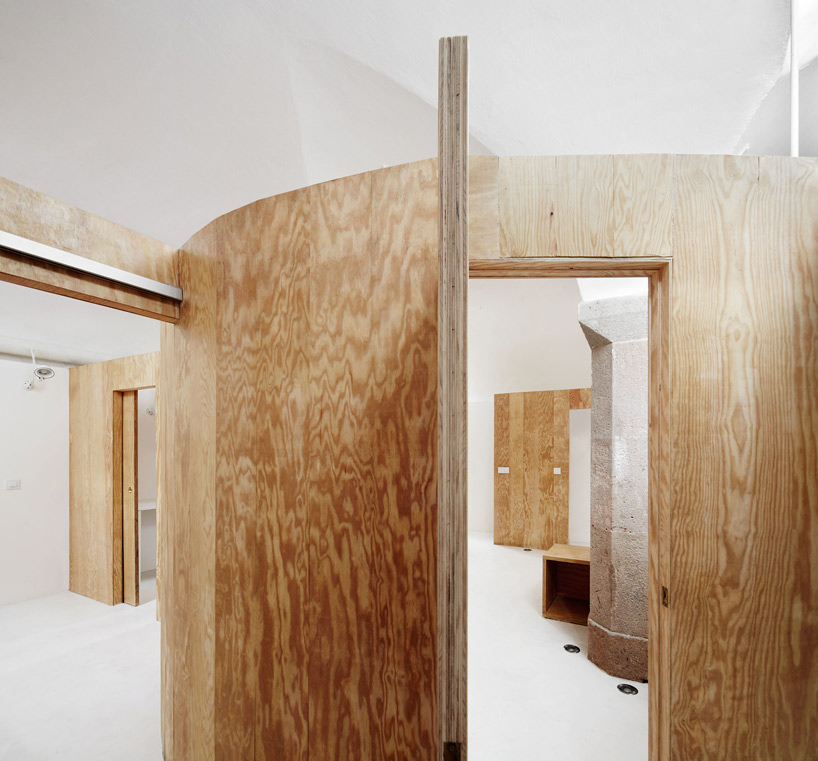 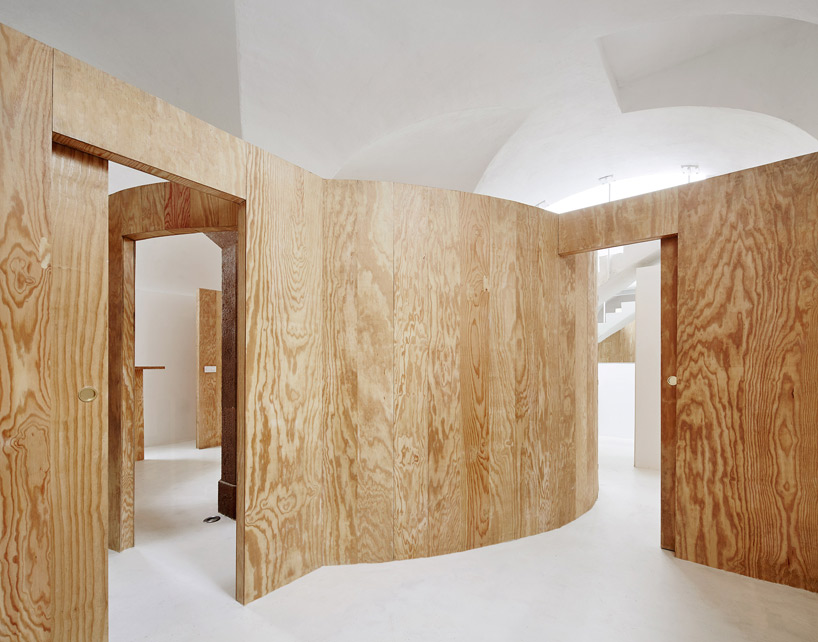 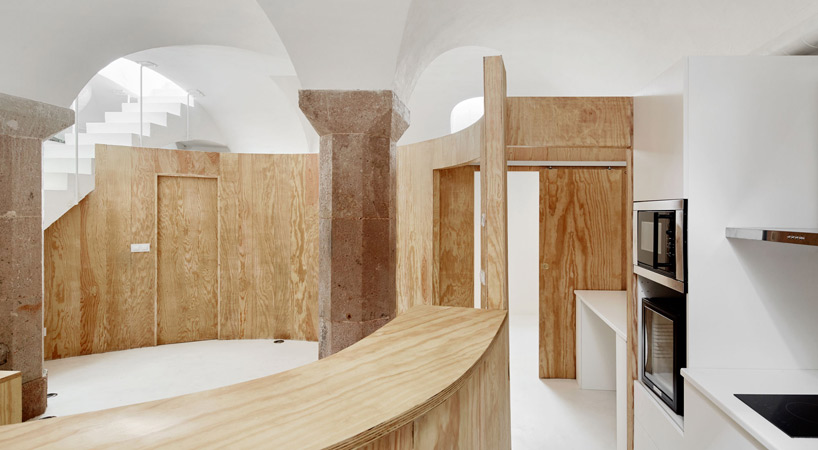 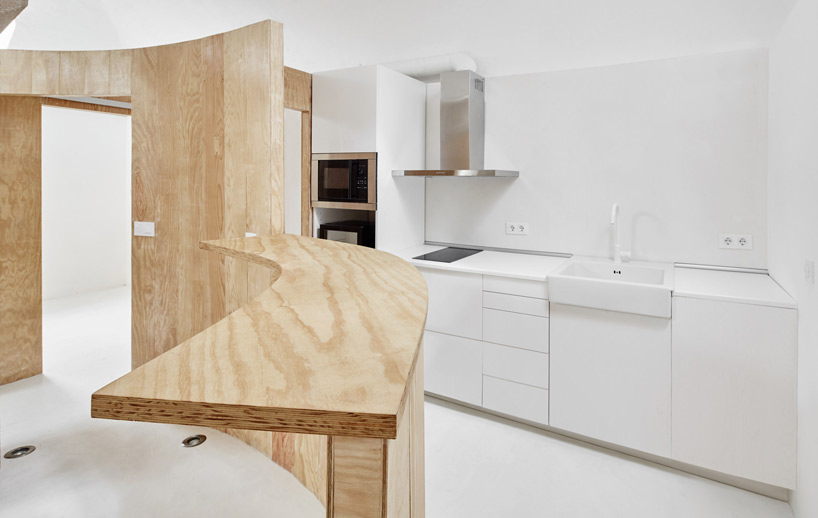 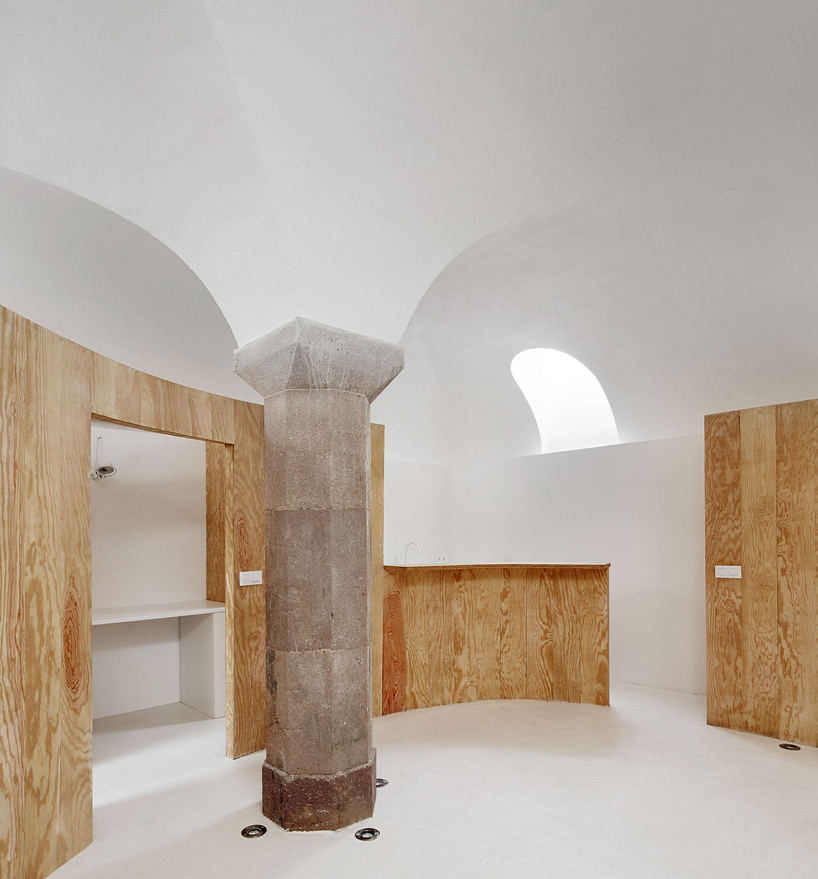 one of two stone octagonal pillars located in the building 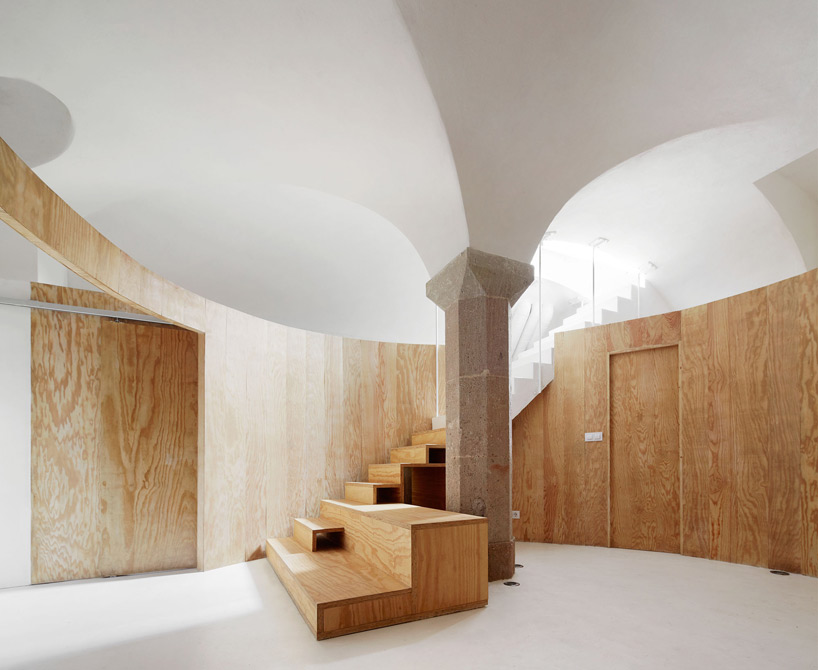 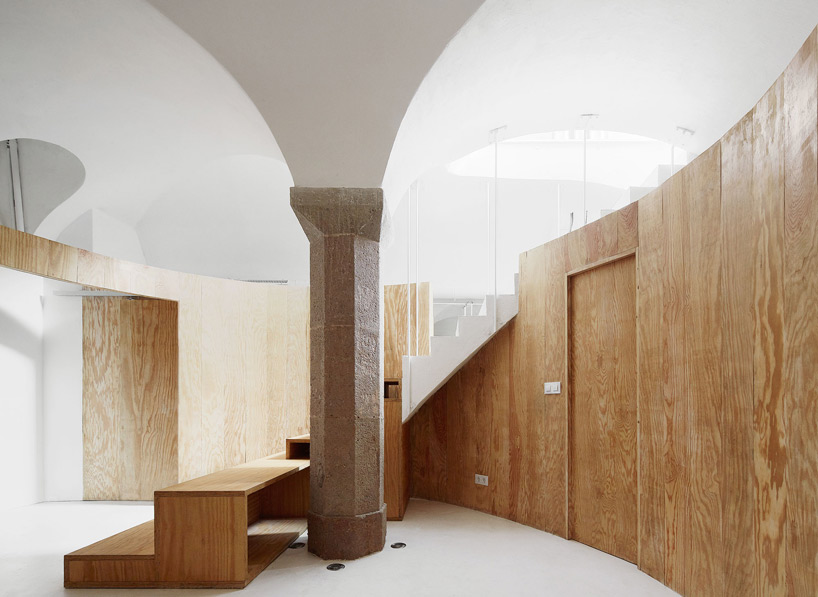 storage is located under and behind the stairs 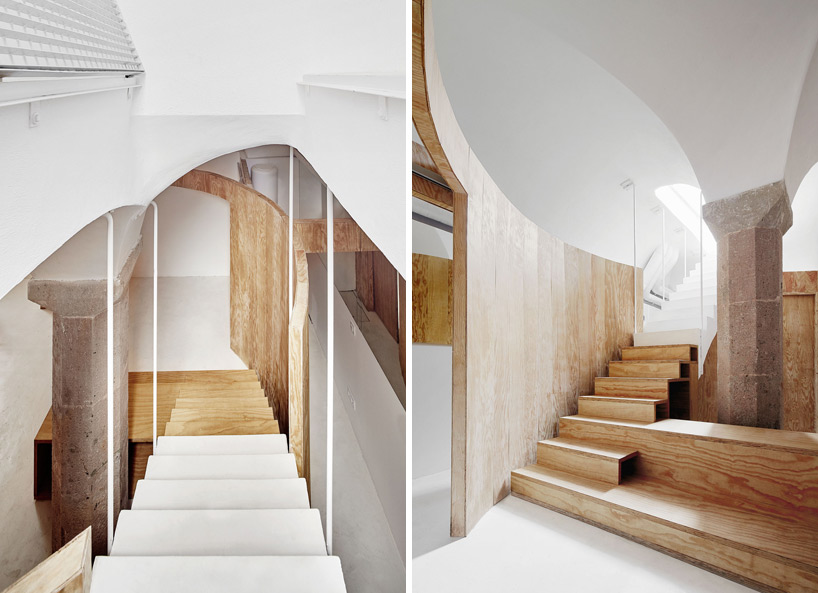 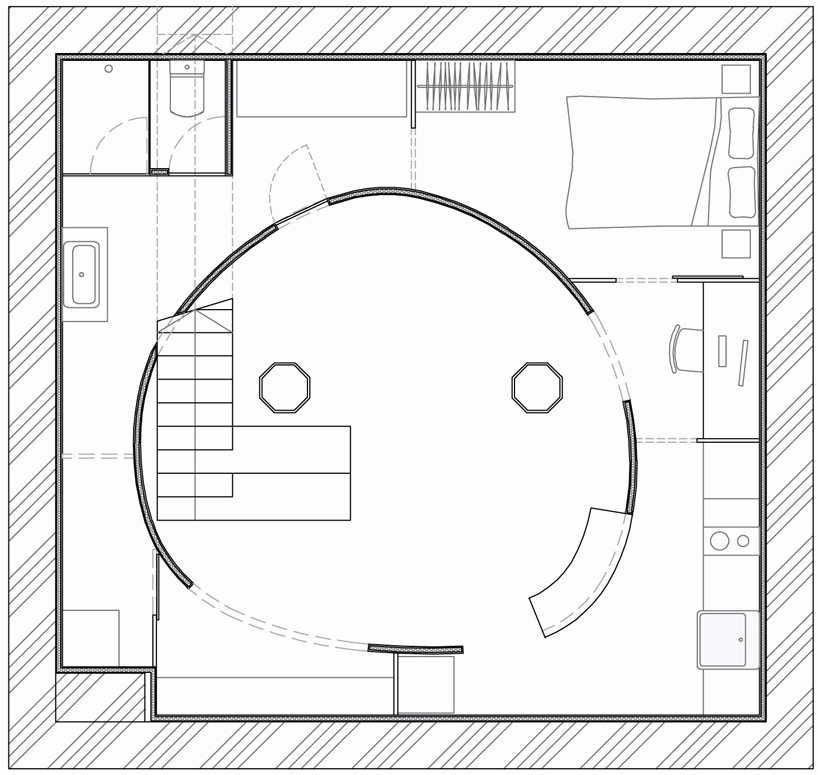 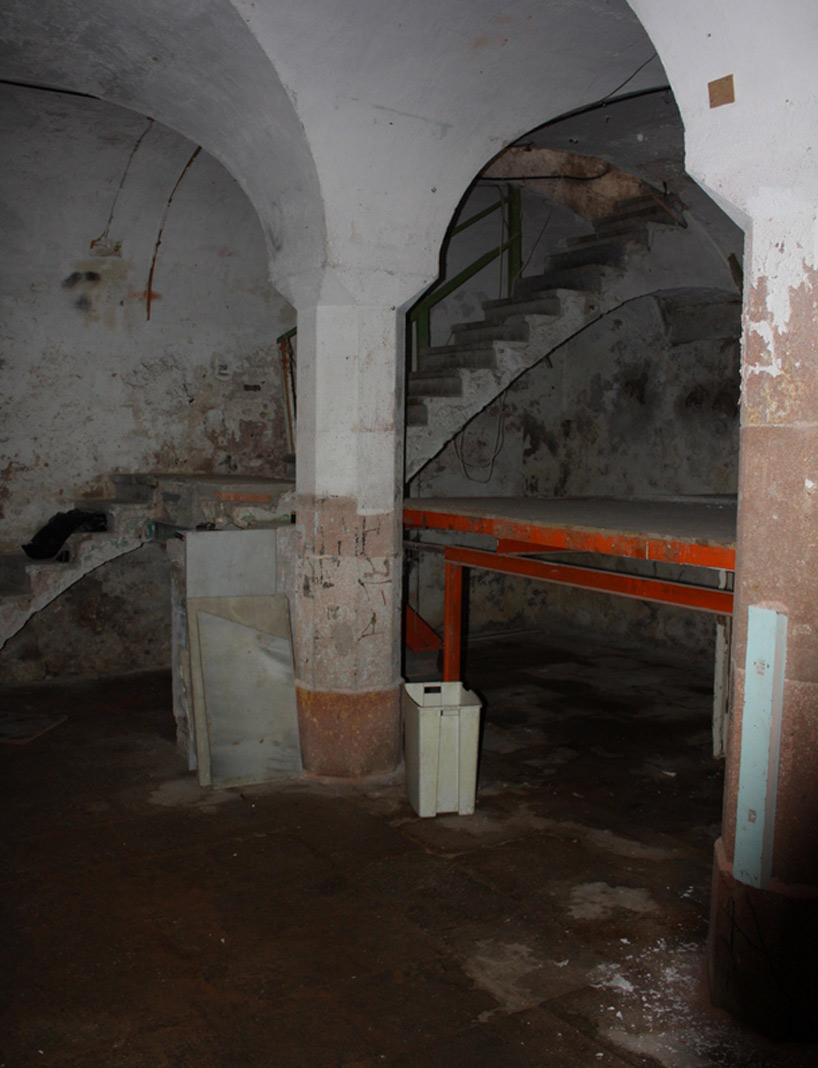