old and new sits harmoniously inside ‘la diana’ overhauled by barcelona-based RÄS studio. the exercise of linking architectural elements visually is applied with the duo-purpose space featuring both a commercial space on the ground floor and an apartment on the upper level. the new interventions are clearly distinguished and addressed through the materiality. with this, the existing condition of the traditional architecture is highlighted with all its imperfections and textures. 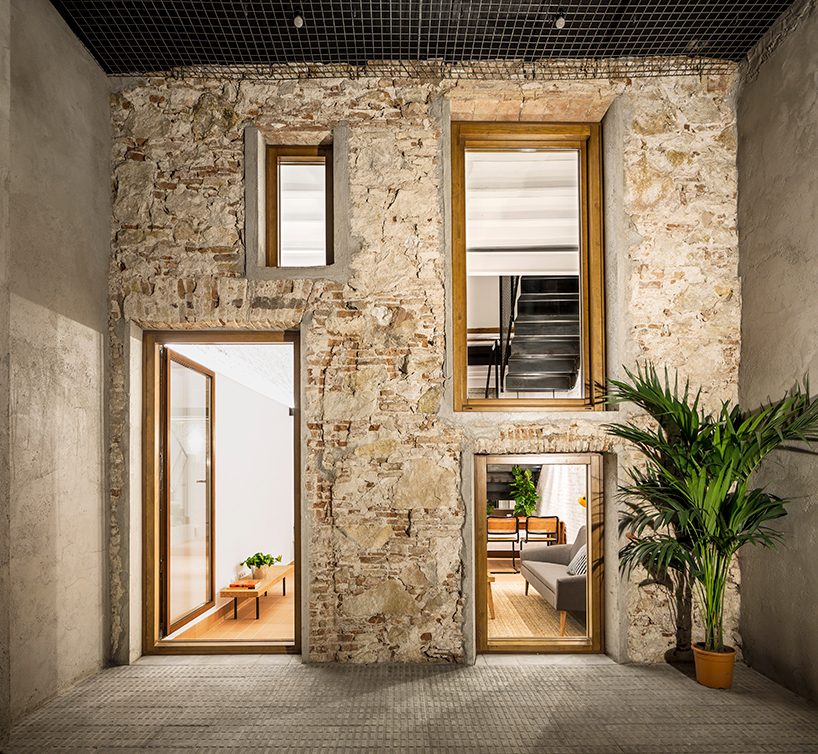 RÄS studio responded with an architectural strategy based on drilling the existing slab to create a large enough opening that would activate the relationship between the two floors – most evident seen in section– in which the staircase has been placed. this stairway is fragmented into two parts to offer a more human scale on the ground floor and thanks to the over two meter ceiling, a metal platform was inserted to act as an intermediate landing and simultaneously serve as segments of the living area and the kitchen. 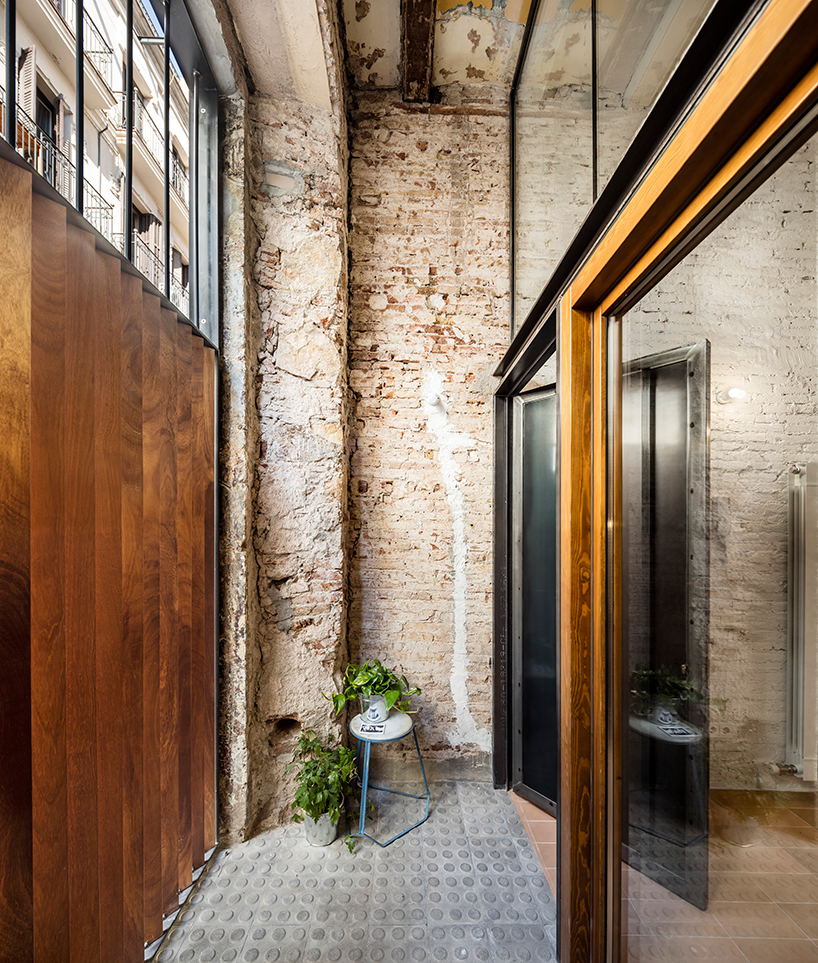 a semi-exterior patio that acts as a filter between the street and the interior was established to instill a more intimate character to the ground floor. upstairs, the bedrooms are organized around the void overlooking the space below. wall partitions never reach full height of the ceilings to invite natural light into the rooms. additionally, a concrete strip emphasizes the perimeter of the outer walls and distinguishes the intersection with the ceiling. again, this strip divides the wall into two heights, adding domesticity to the space, making architecture react to the human scale. 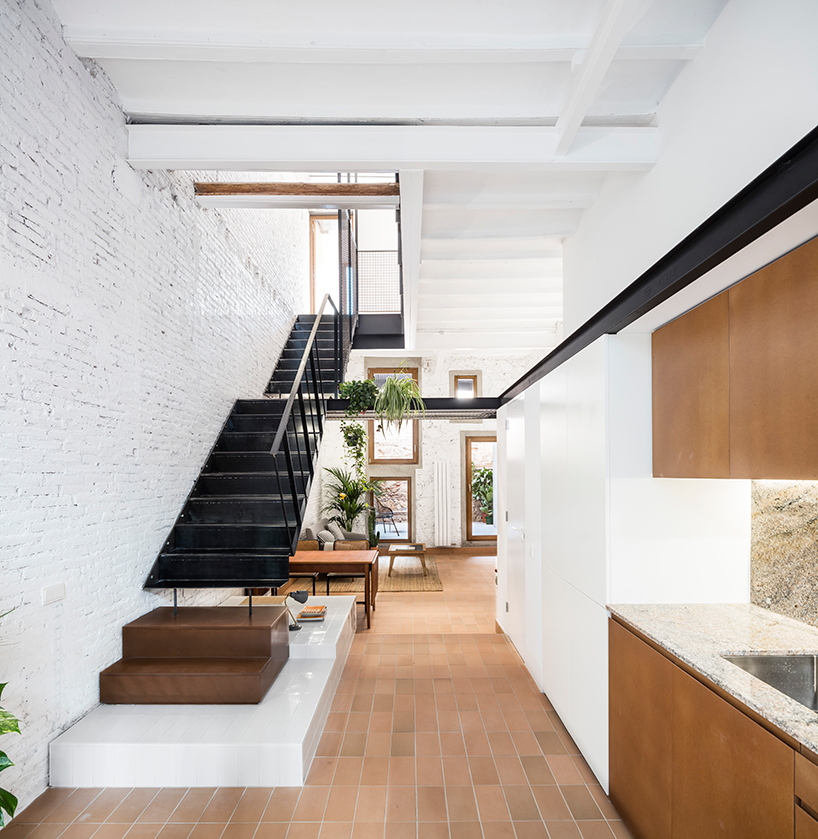 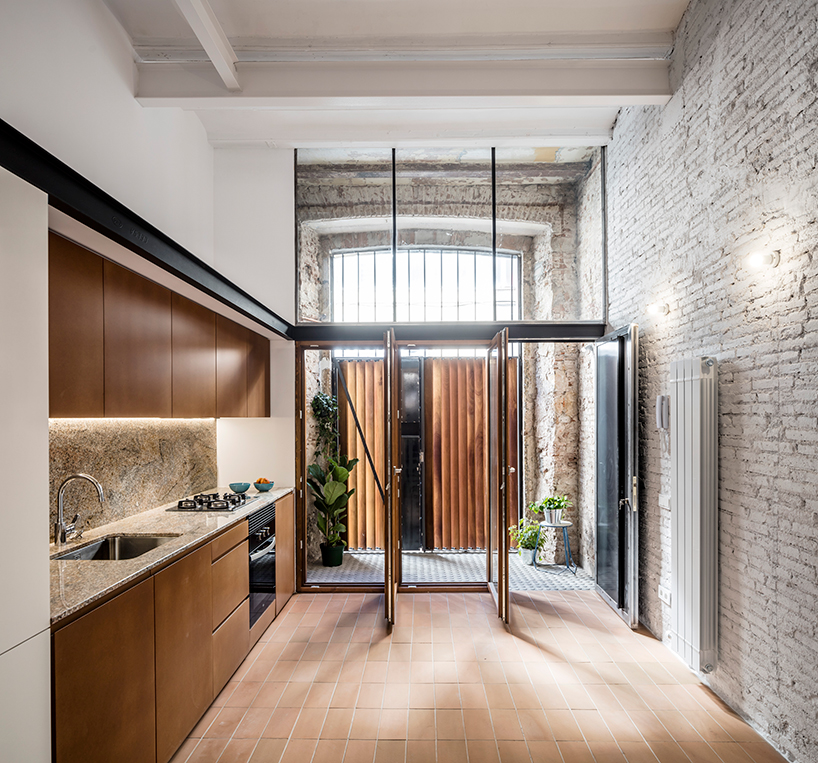 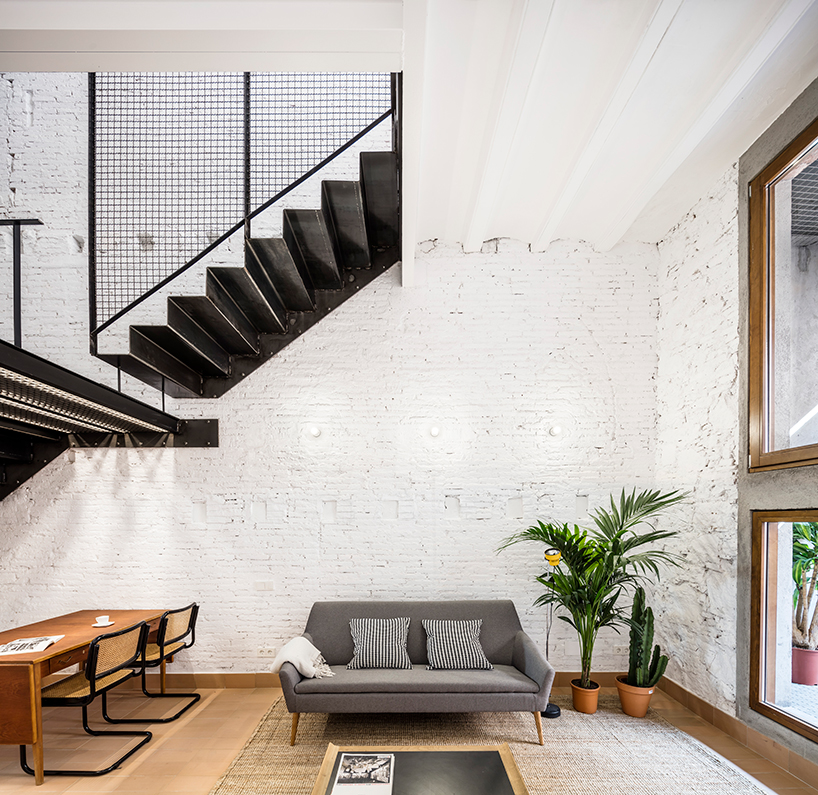 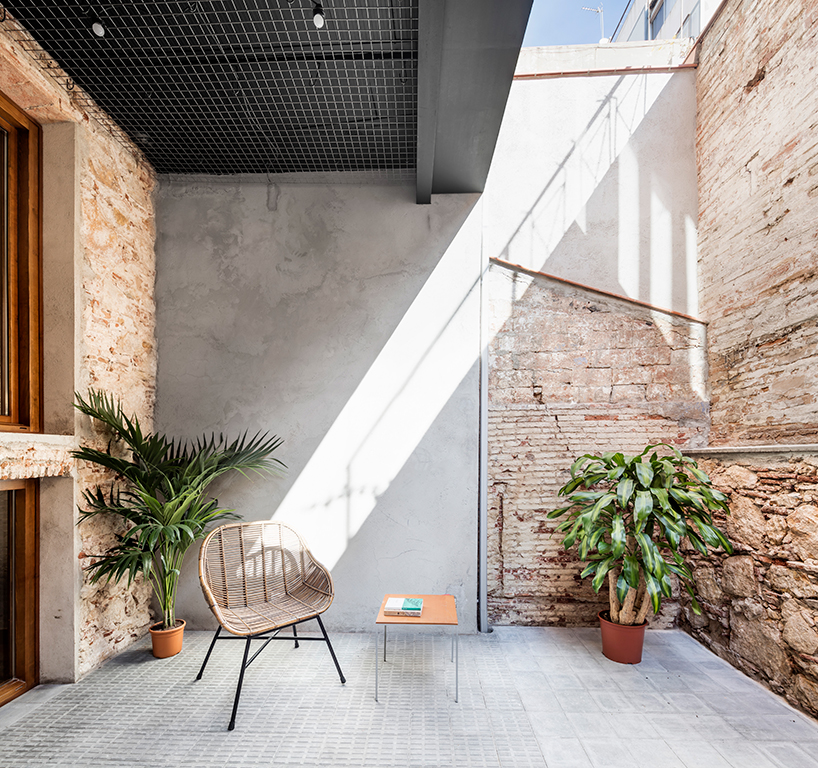 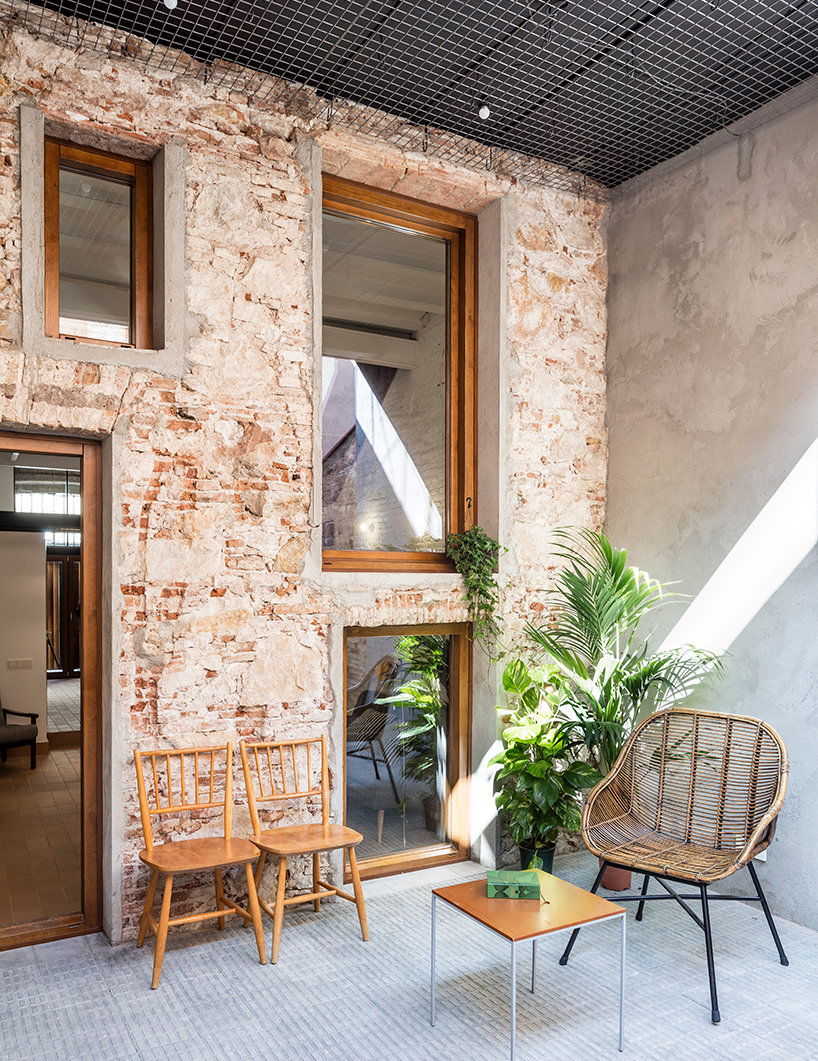 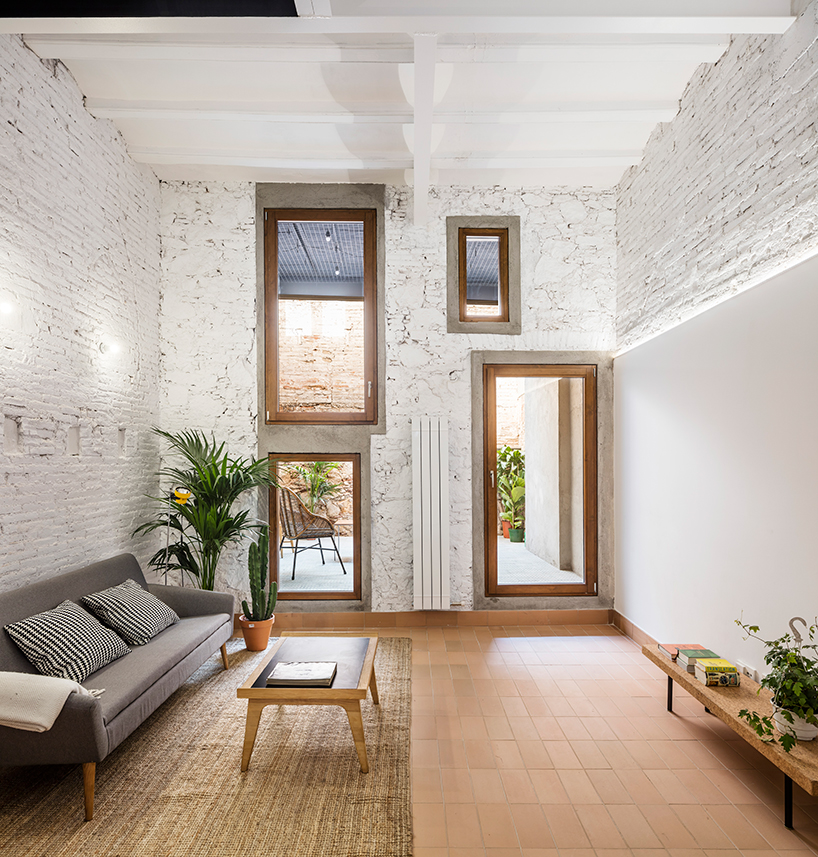 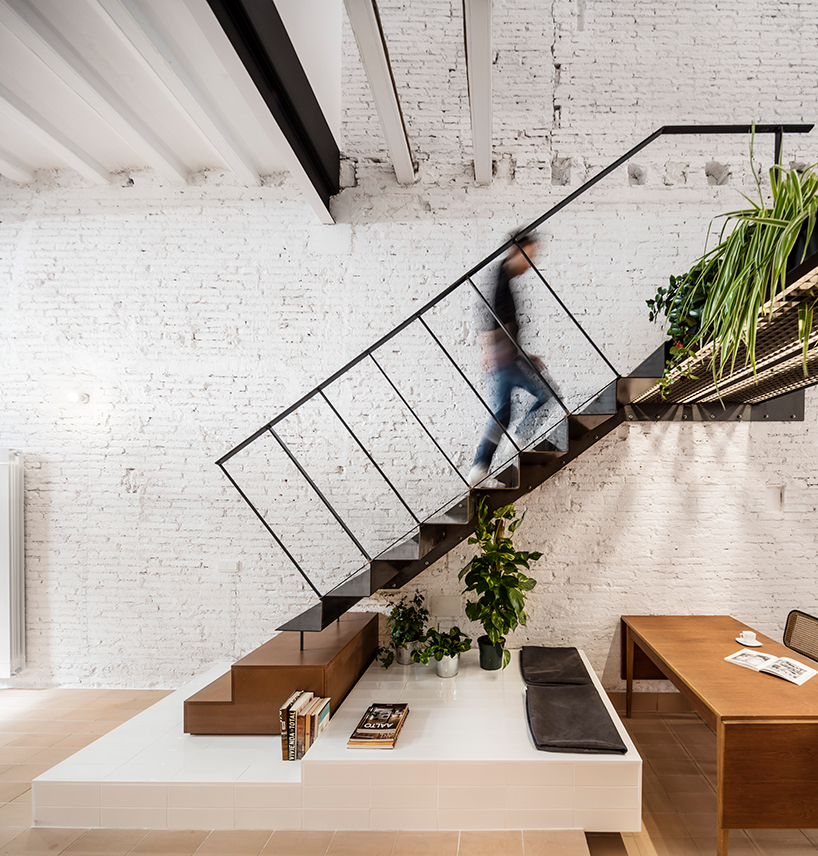 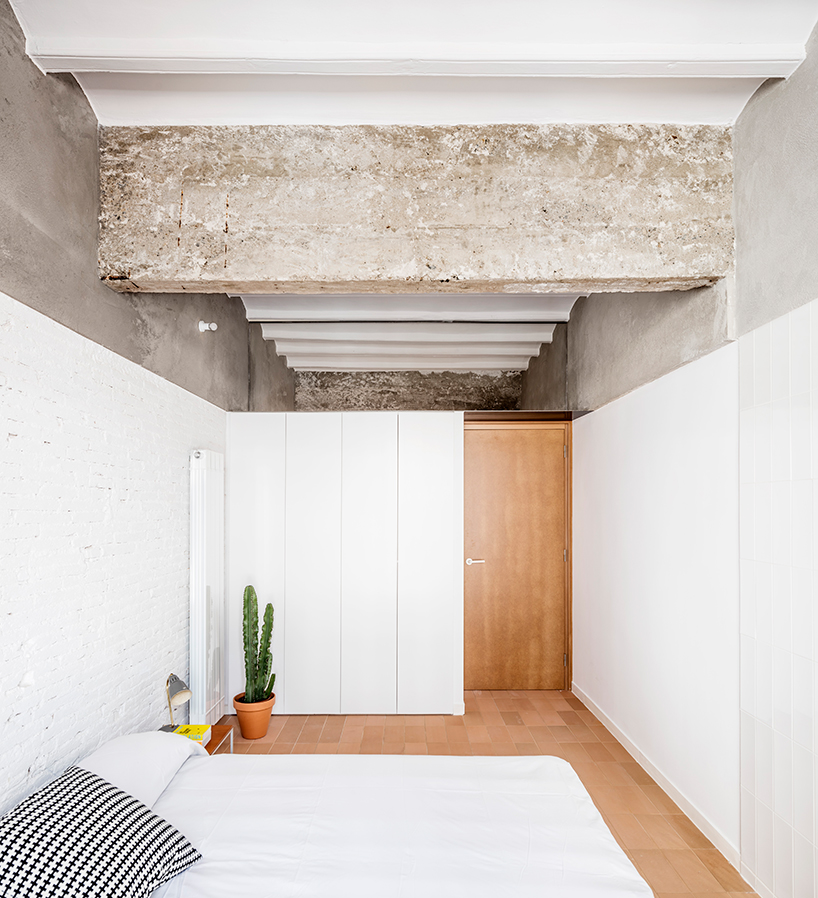 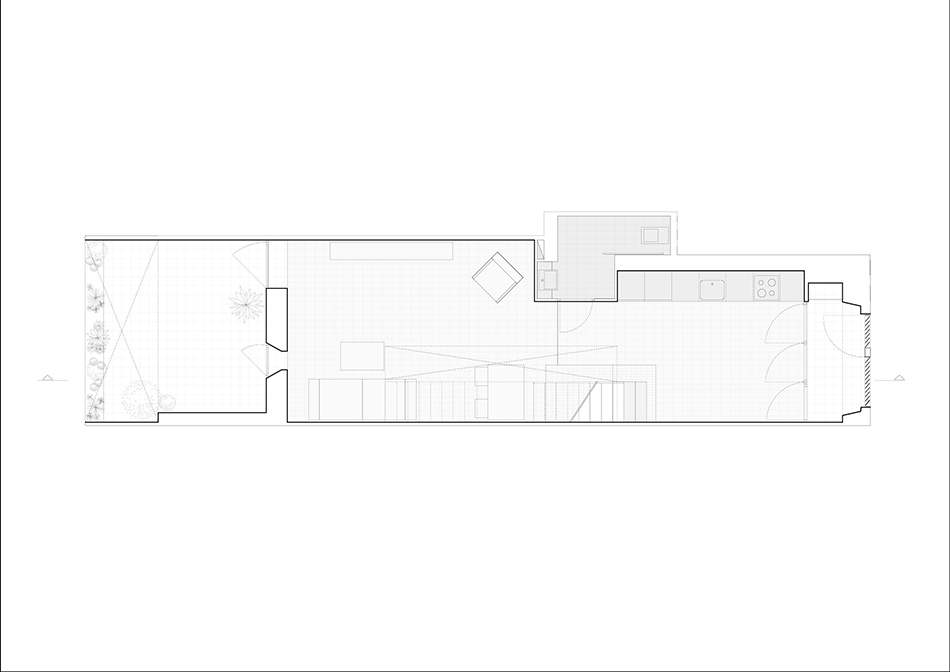 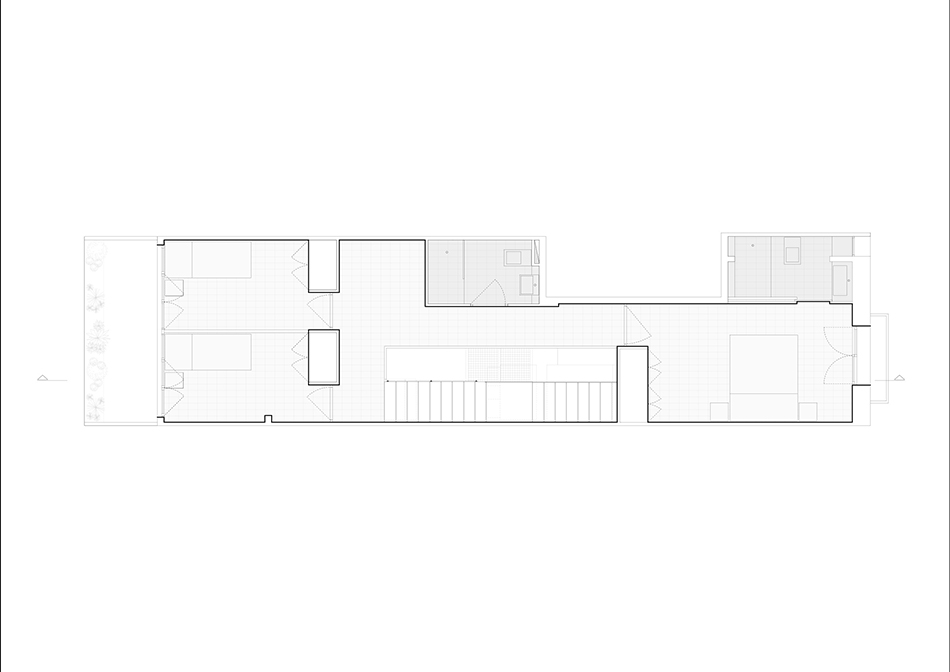 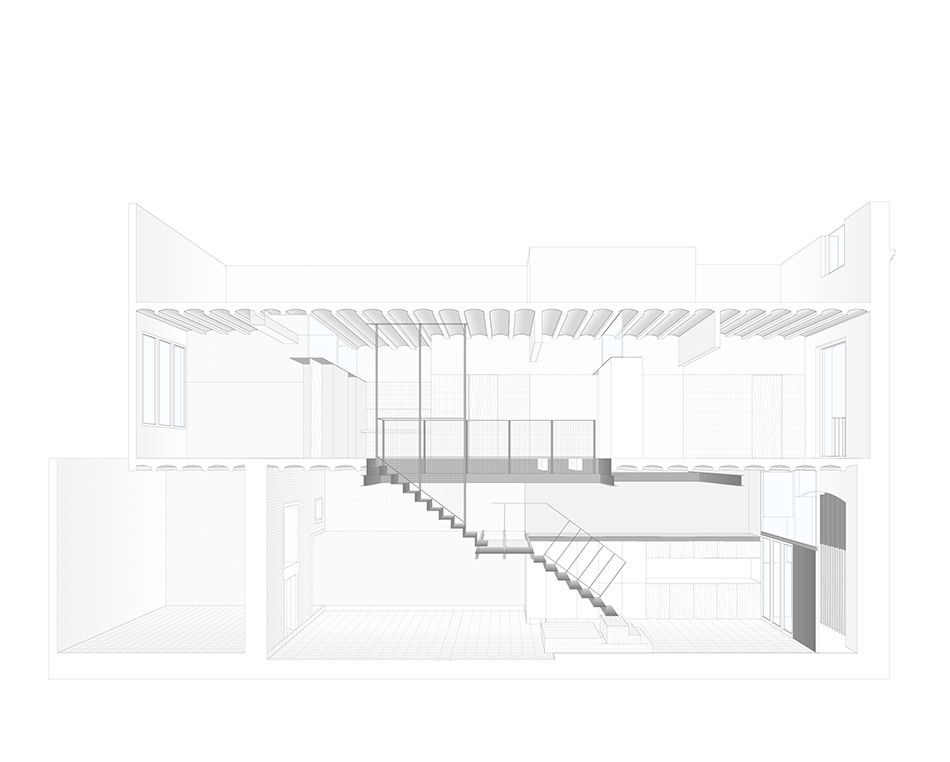 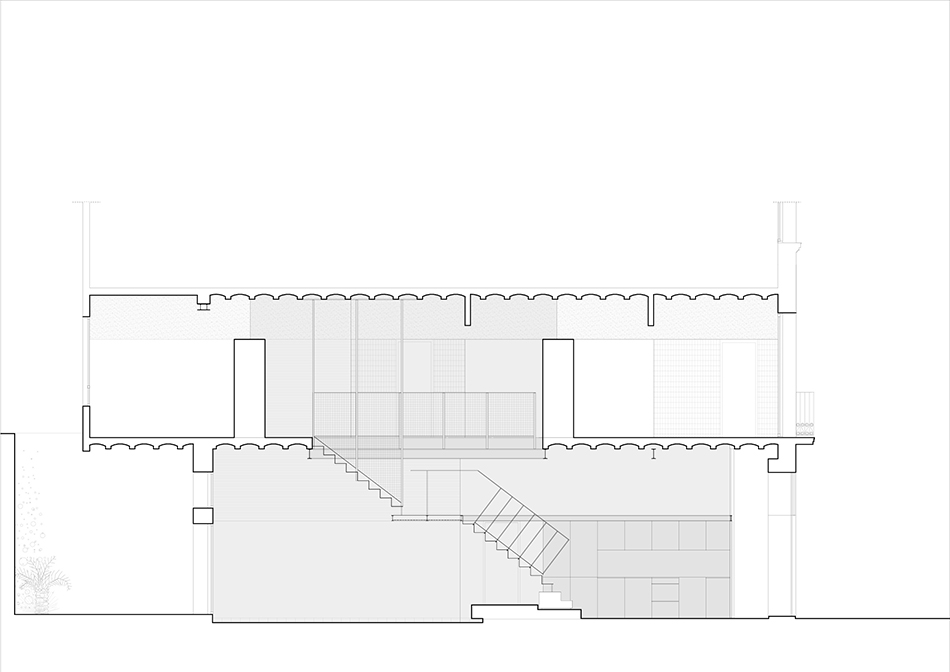