eric logan remodels his own home with a rusted metal roof in jackson, wyoming

architectural designer ray croft has proposed transforming the abandoned US naval barracks in new orleans into an ecological network of community spaces. the existing ruin is located at the end of the bywater neighborhood, where the mississippi river meets an industrial canal, and the project sees the reconnection of this historical site with the city.

carving away large areas of the derelict concrete structure, the development reclaims the site by weaving native landscaping around it, enabling a direct access to both the river and canal. the contaminated naval barracks require plant species to actively restore the toxic soil, creating a new relationship between the built form and its surrounding environment. 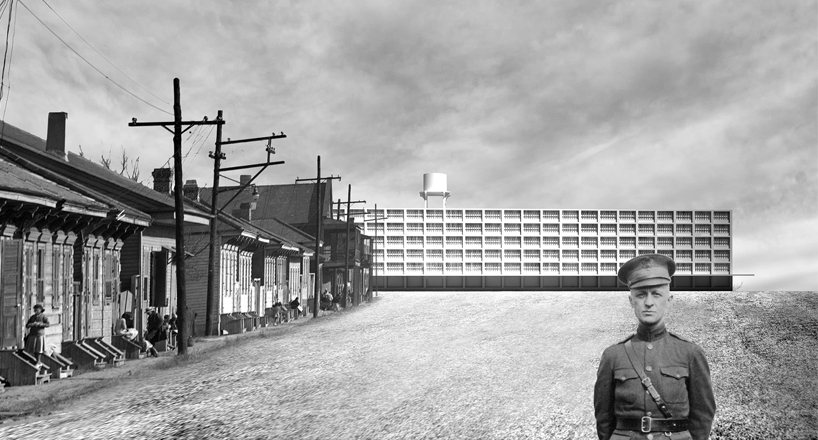 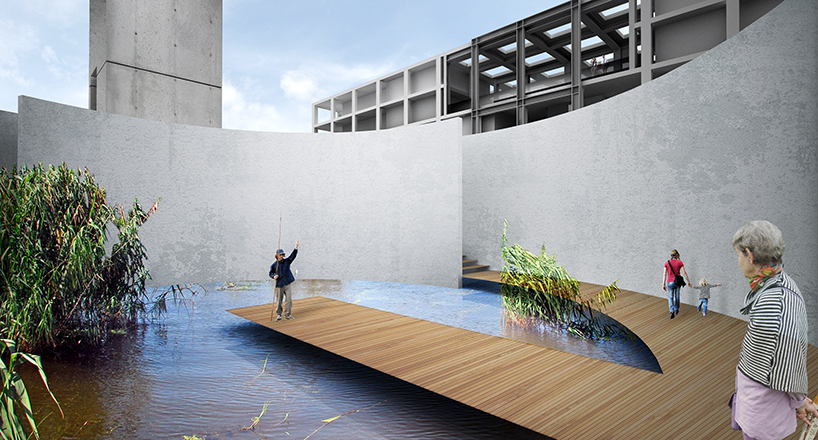 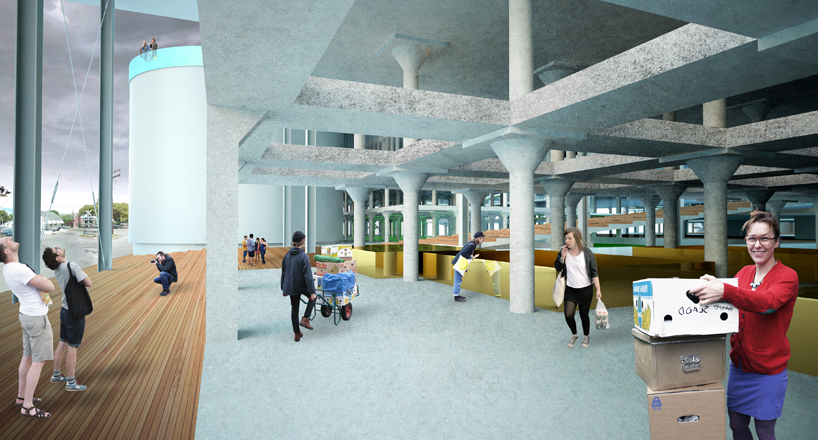 rendering of the new farmers market 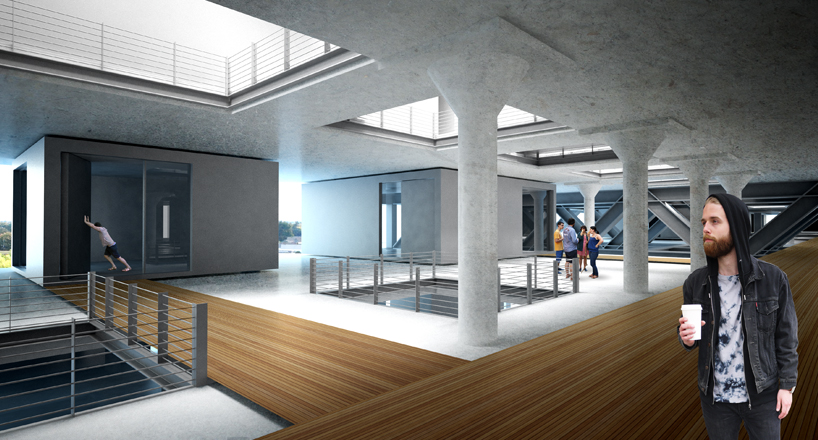 rendering of the artist studio pods placed within existing barracks 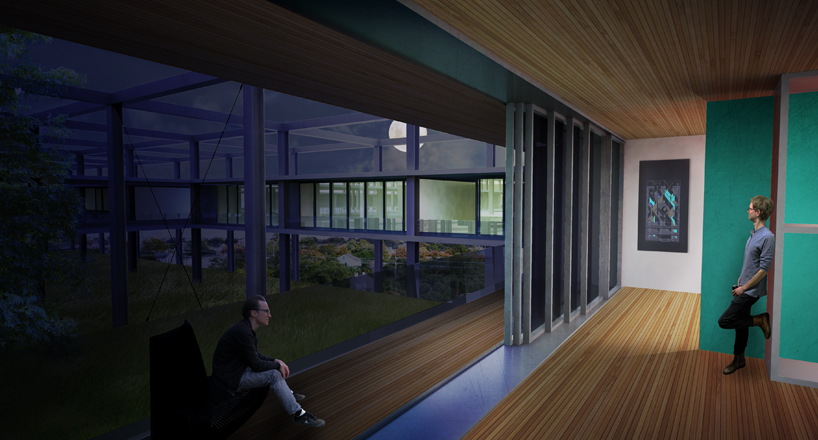 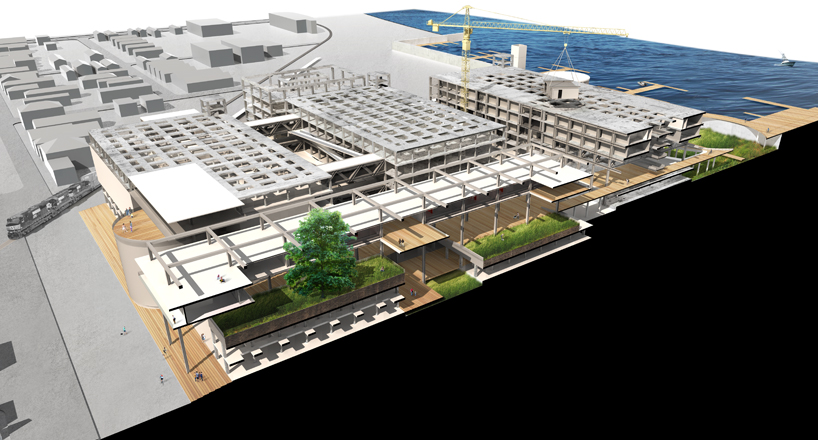 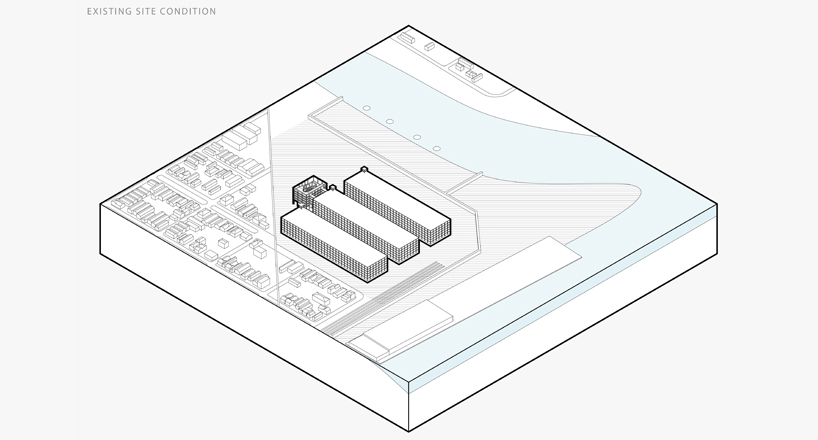 drawing of the existing site 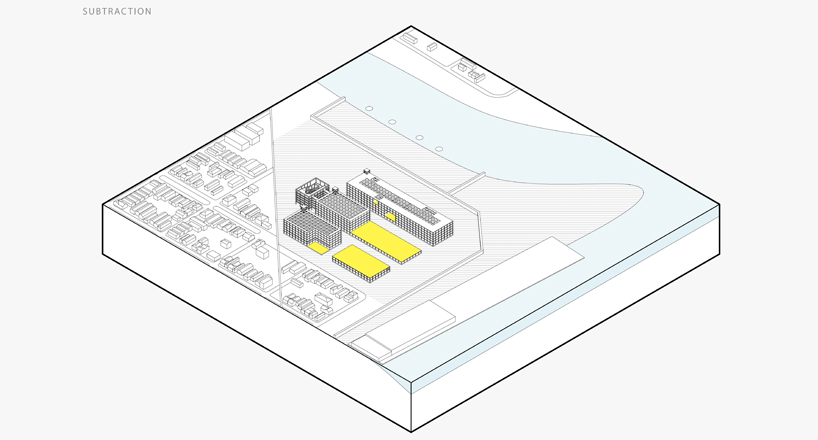 drawing of the proposed subtraction from the concrete structure 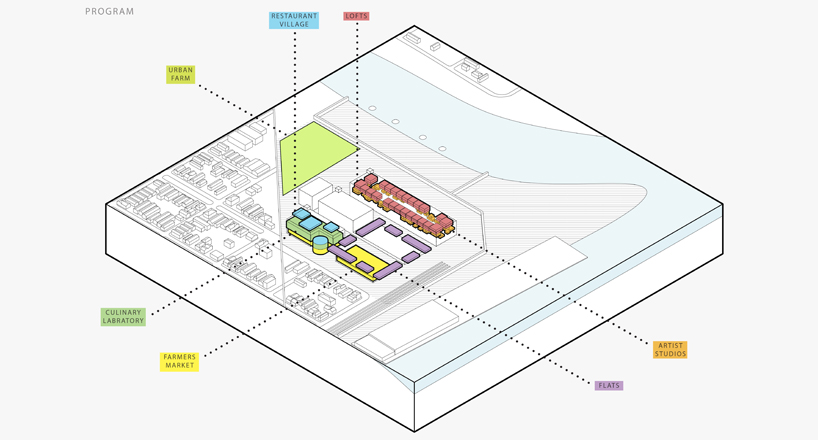 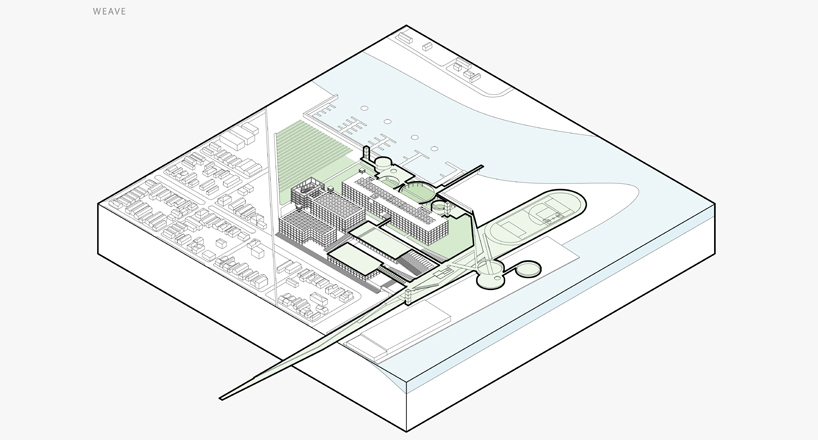 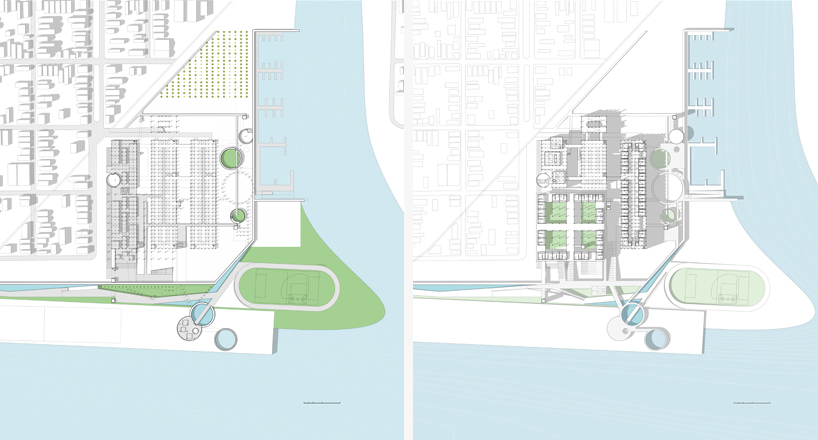 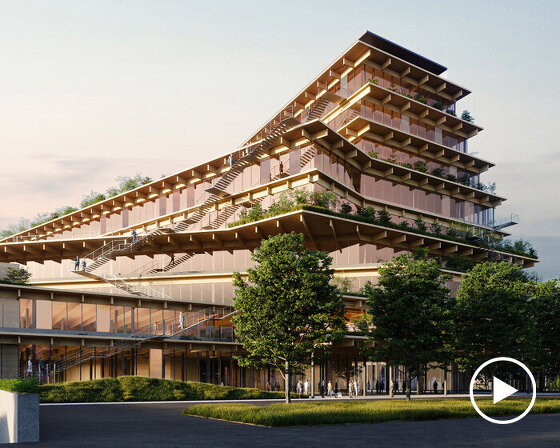 Mar 04, 2021
kengo kuma starts work on 'welcome', a biophilic mixed-use complex in milan
the project will include offices and co-working spaces, as well as restaurants, lounges, and places for temporary exhibitions and displays.
architecture
587 shares
connections: +530 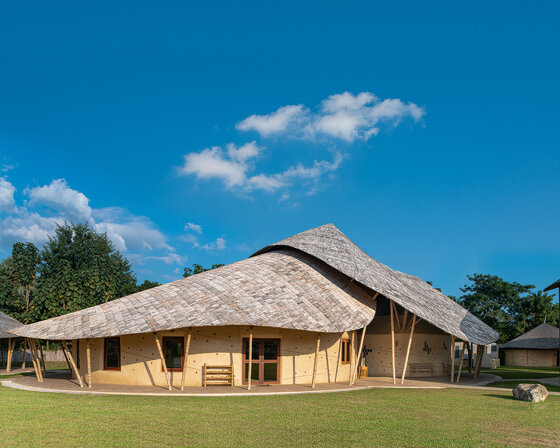 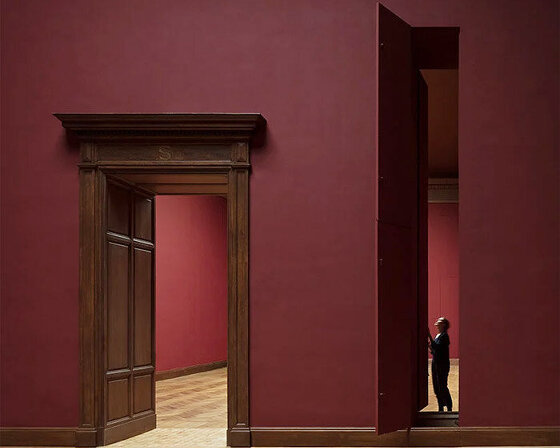 Mar 03, 2021
KAAN architecten's renovation of antwerp's royal museum of fine arts nears completion
the architects sought to conceal the extension within the existing structure in order to highlight the heritage value and the resilience of the 19th century structure.
architecture
316 shares
connections: +420