redesigning detroit: vision for an iconic site by davide marchetti

using the surrounding urban fabric as the generator for a new vision of the city, minicity detroit by davide marchetti architetto utilizes the historic and present urban conditions to materialize a concept that directly responds to the site. bringing the existing physical form and history into the plan, the conditions set by the rome-based architect provides a framework for renewal.  at the pedestrian level a new urban space is formed; conceived of as the extension of woodward avenue, providing a space for transition as well as an active urban core. both above and below, an elevated platform for public events such as fairs, outdoor markets, music concerts and festivals is introduced to the proposal. 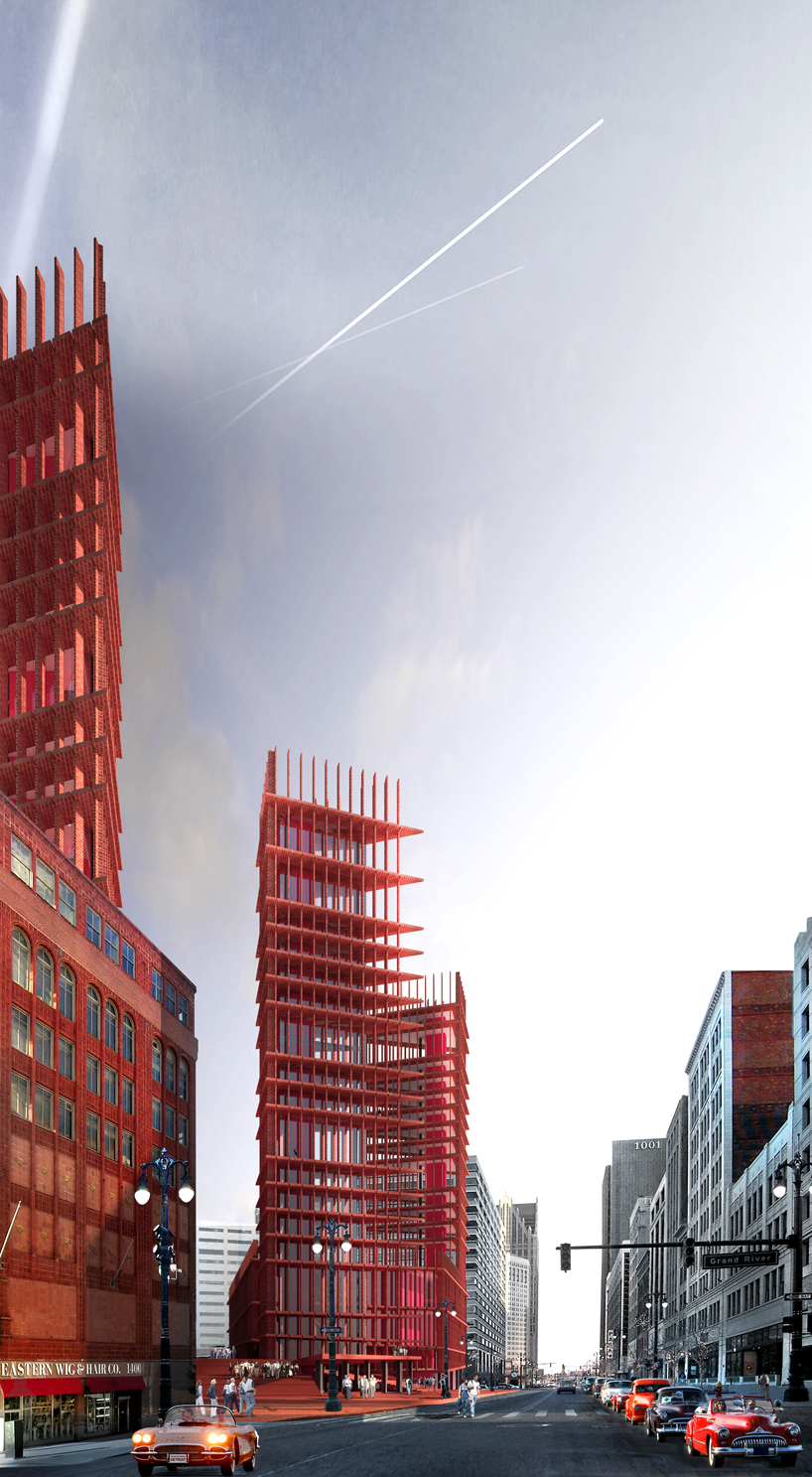 the design pulls the existing urban grid into the site to generate the driving axes of the scheme, allowing for a merging of both the historic city and its potential as a new addition to the woodward avenue corridor. the high-rise extrudes from this framework in an industrial red brick-style, inserted as a new architectural addition to the detroit skyline. 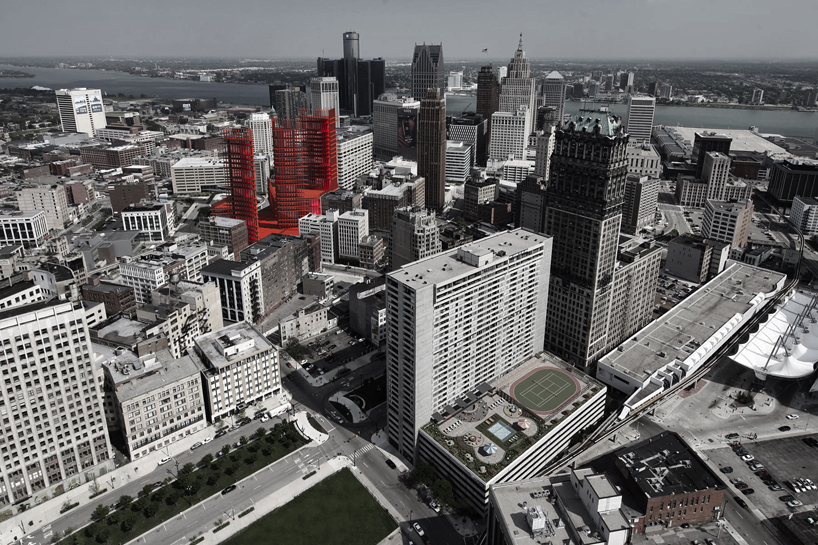 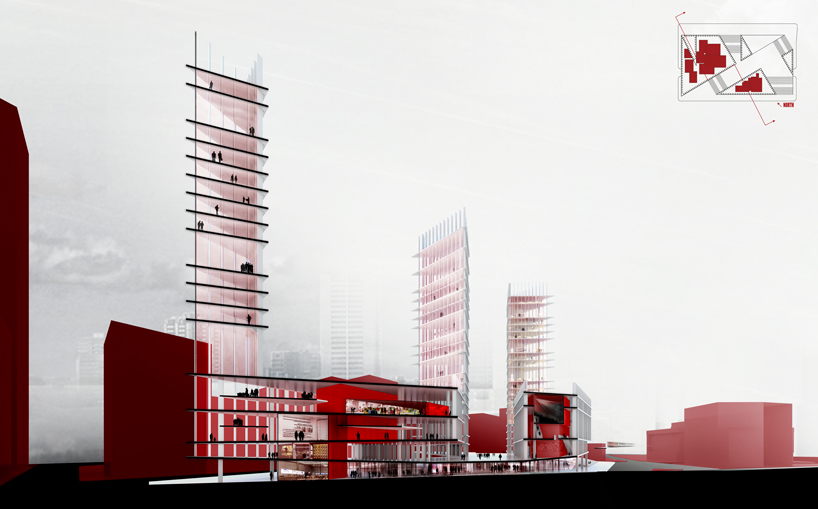 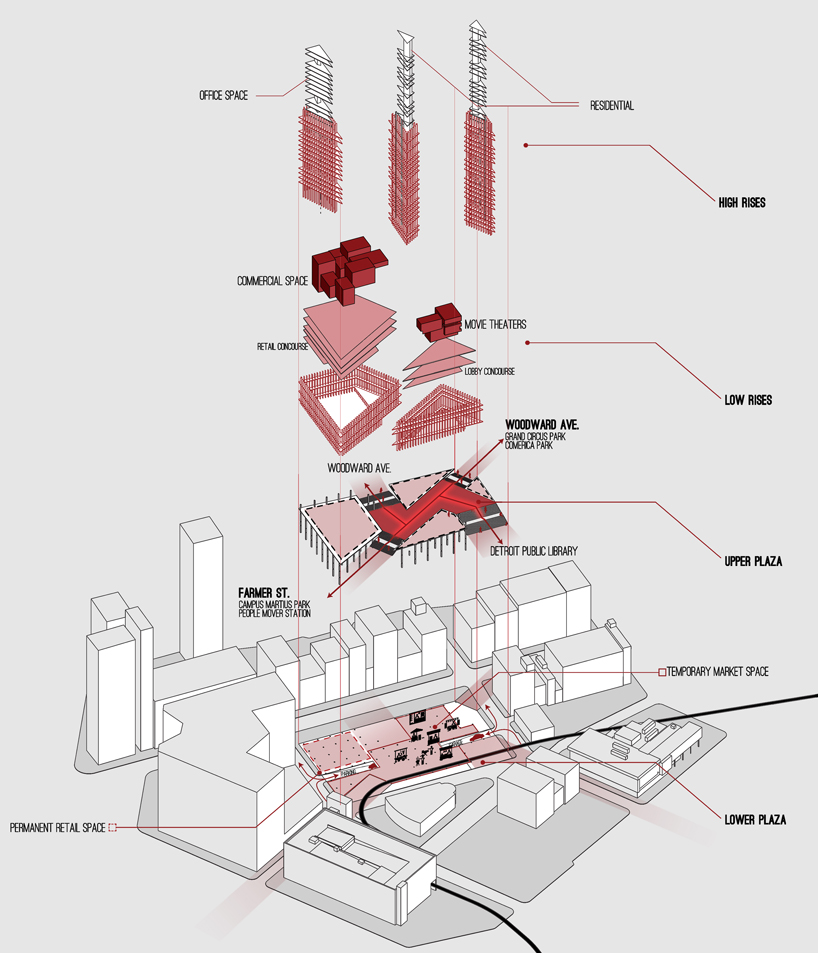 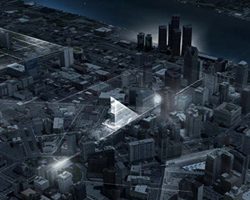 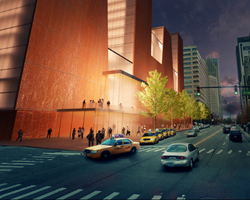 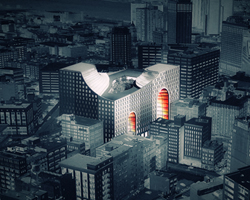