frankfurt-based architecture studio reinhardtjung (dagmar reinhardt, alexander jung) has sent us images of ‘fns apartments’, an interior renovation project in berlin, germany. housed in a gründerzeit building from the early 1900s, the project retrofits two apartments to create and distribute a network of spaces that ‘float’ into one another. 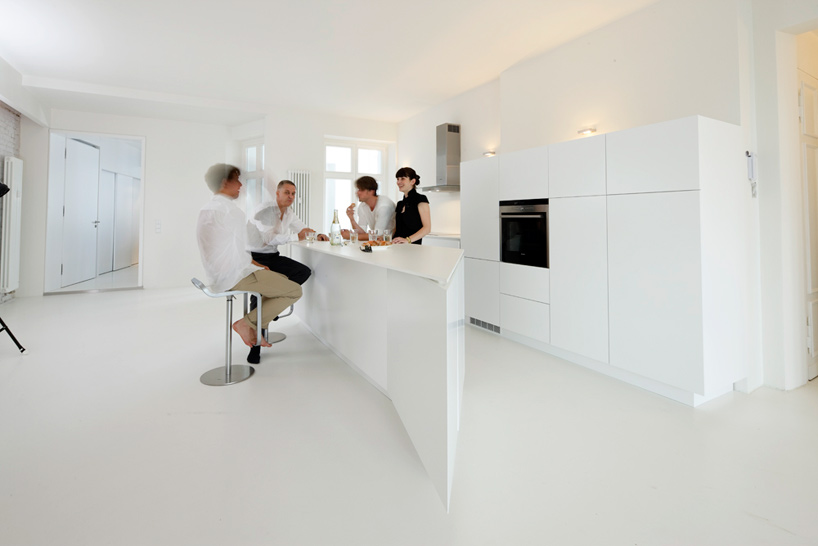 during the designing process, the firm drew elements from antoine de saint-exupéry’s famed novella, ‘the little prince’. the illustration in question is of a boa that swallows an elephant, where the first drawing only depicts the outline of the enclosed inhabitant followed by a second which shows the interior content of the snake. an object forms a shape but form depends on the content. ‘fns apartments’, in a similar manner, aims to disguise the existing boundaries and thresholds of common residential spaces to create architectural objects that are shaped by their functions. 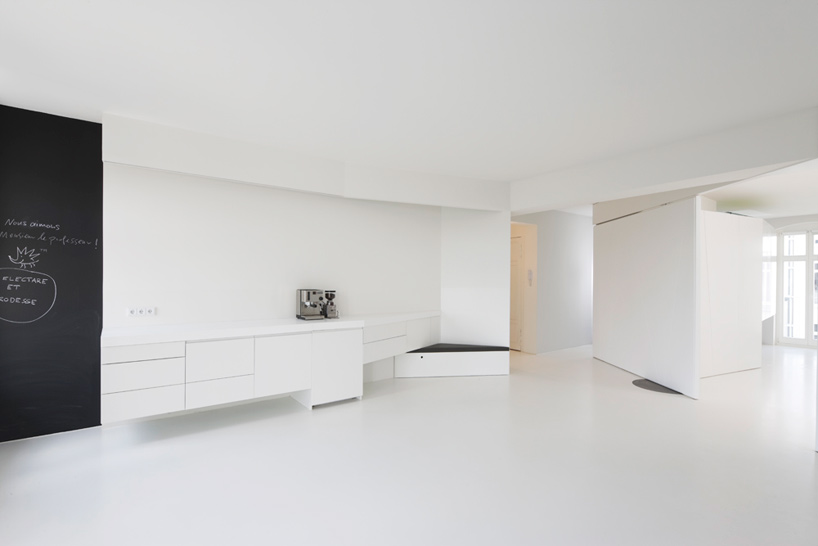 consisting of movable walls and flexible architectural elements, the apartments give no defining routine practice but engages the inhabitants with the formation of new zones. the resulting design encourages boundaries to ‘float’ into one another instead of designating one program per space where functions are neatly aligned along the wall surface. carefully placed compact service components loosely define the surrounding area and host a number of services such as storage, shower, the kitchen, and dividers. 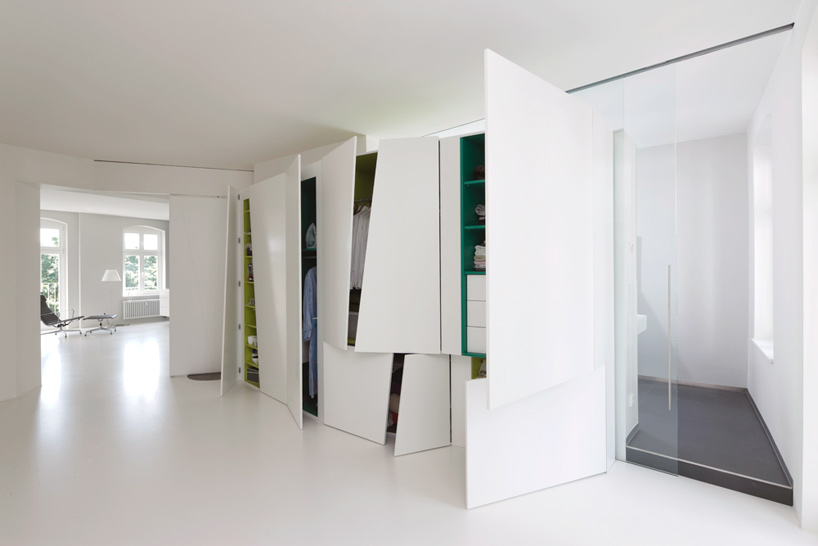 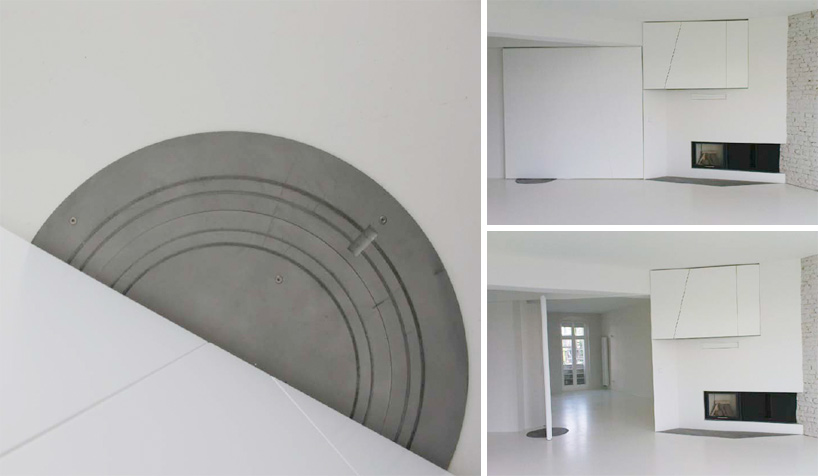 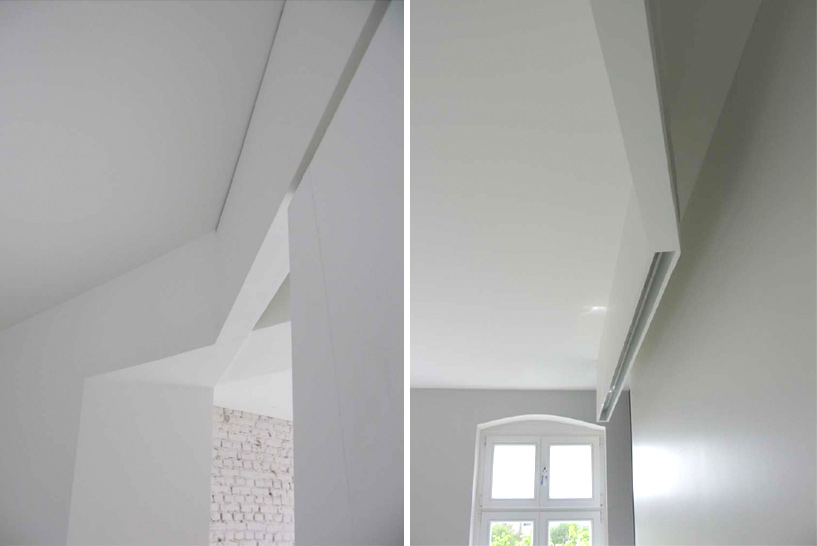 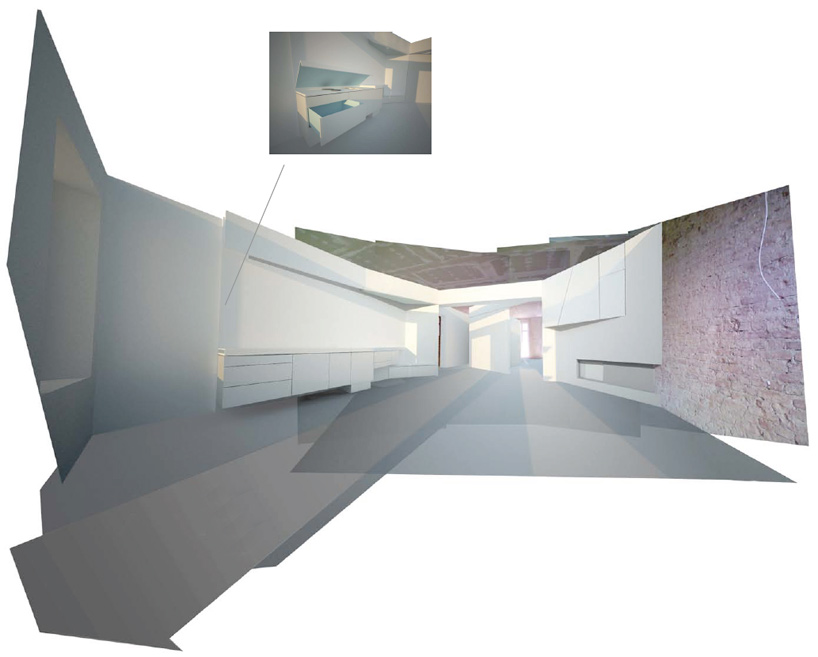 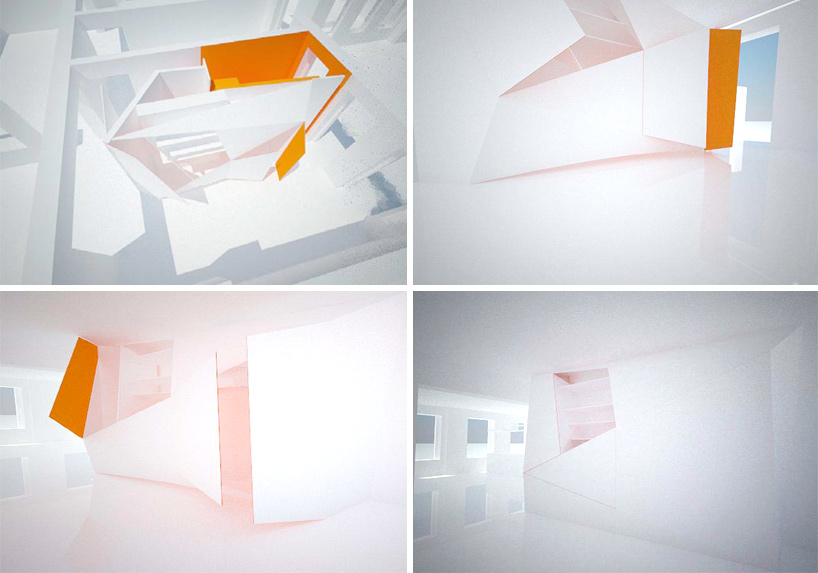 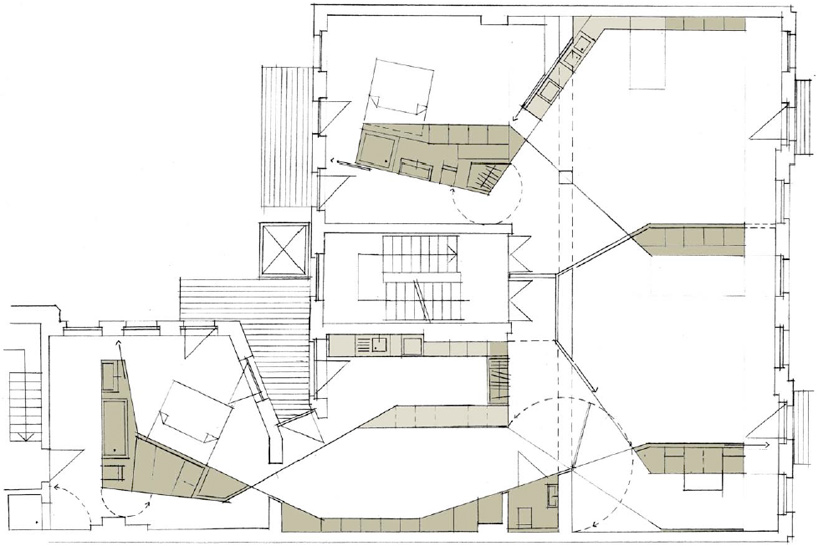 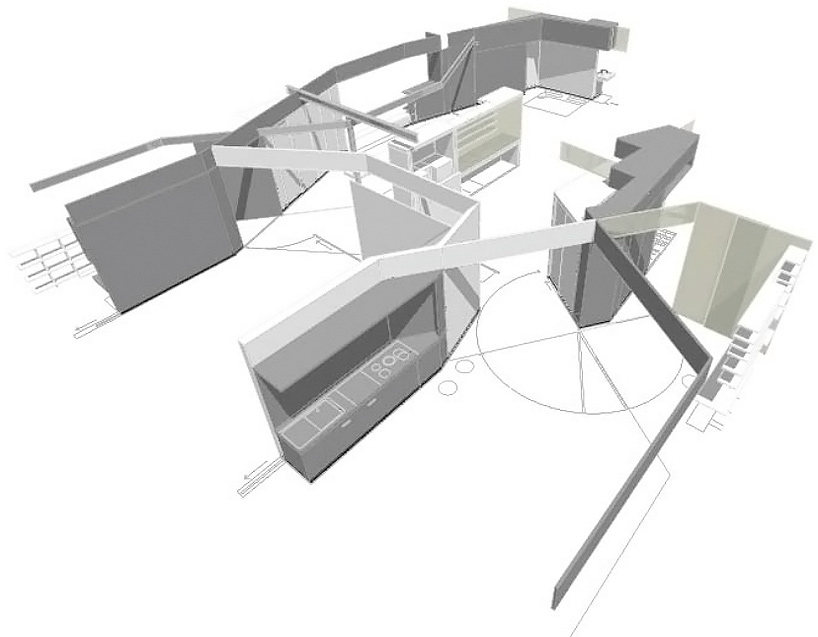 rendered 3D model of the apartments 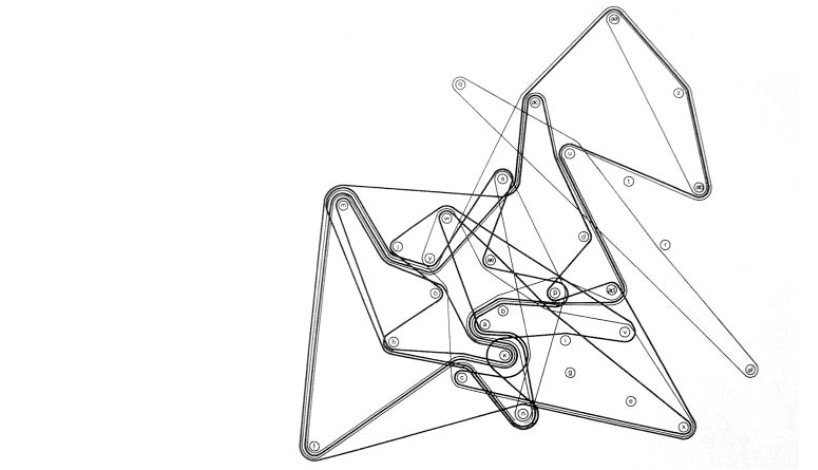 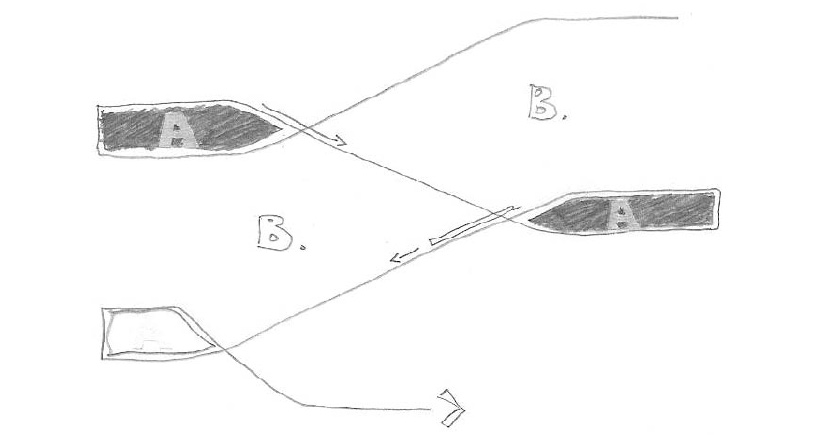 (a) compact functions (b) open areas in between 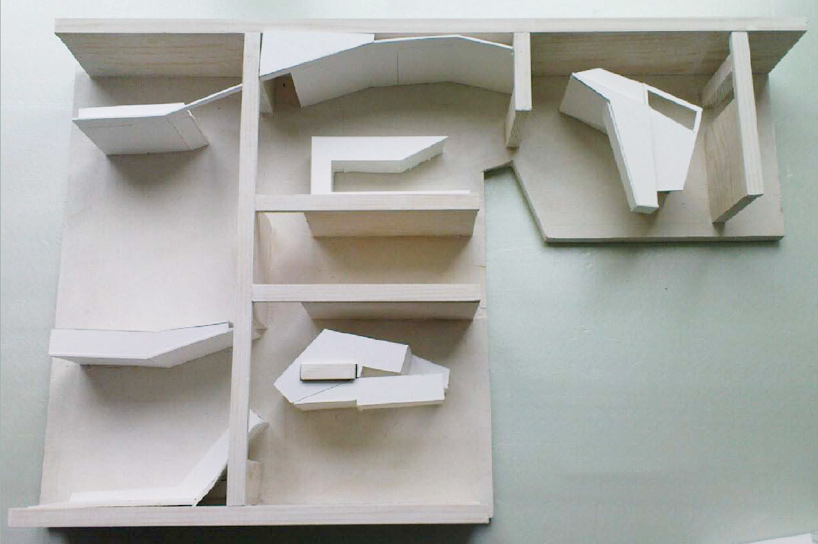 aerial view of the model 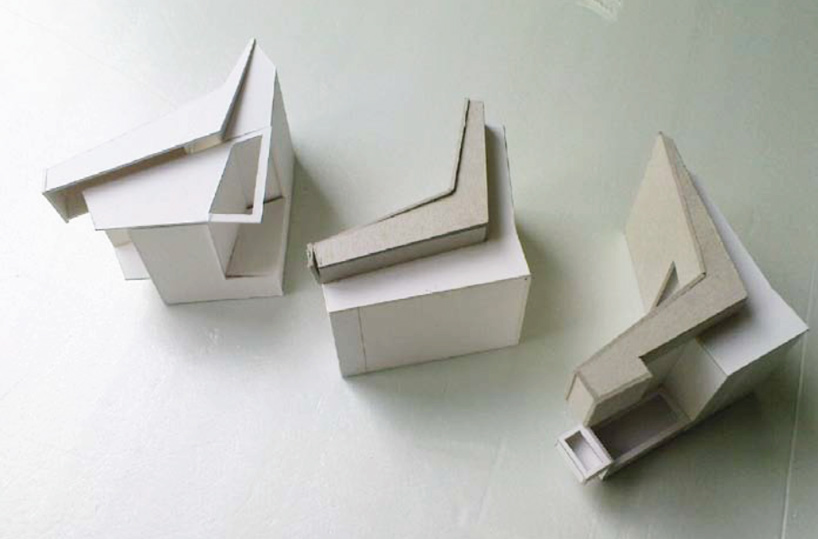