norwegian studio, reiulf ramstad architects has completed ‘fagerborg kindergarten’, a school located in a small city park in central oslo. housing four separate units for children between the ages of one and six, the design features a low, contemporary design that was partially dictated by local bylaws and its residential neighborhood. composed of three distinct and asymmetrical volumes, the unit features heavy and geometric massing that juxtaposes its early to mid 19th century surroundings. 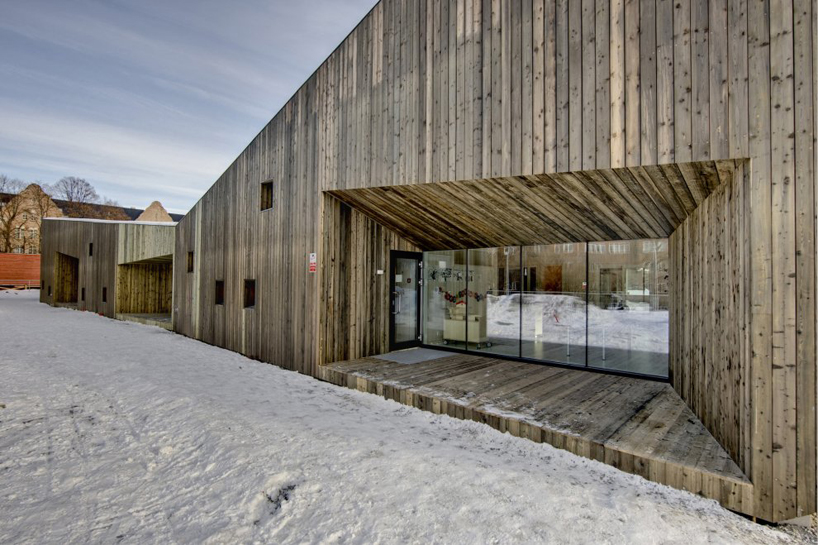 view into a classroom

the form – wrapped entirely in vertically applied wooden slats – extends outwards and begins to pull up and away from the earth, revealing a doorway and window below. angular voids pierce through the structure, marking entrances and large openings, while providing gentle transitions between interior and exterior environments. 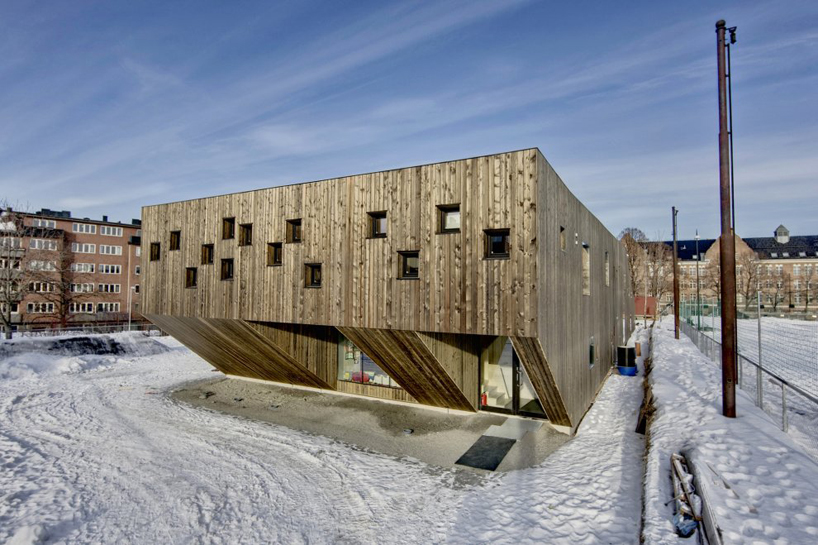 inside, light pine is contrasted by vibrant pops of color that indicate stairways and passages. small square windows dance around the simply treated rooms, framing elements of the nearby park while letting natural light filter in. 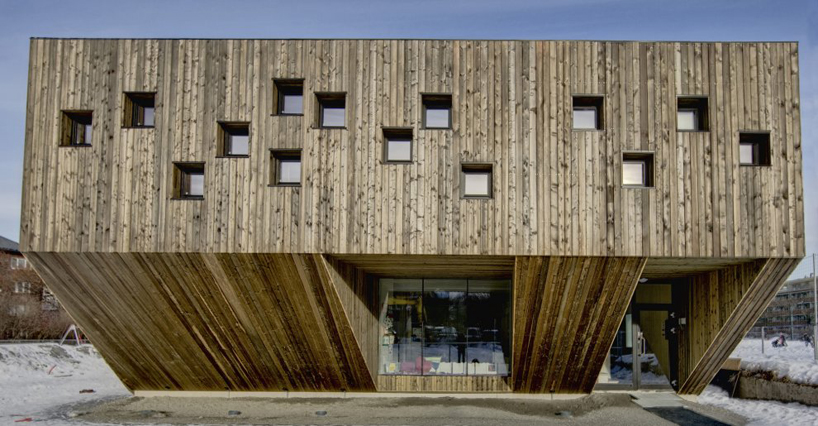 auxiliary functions including administration offices and storage are located on the second level, away from areas dedicated to the children. 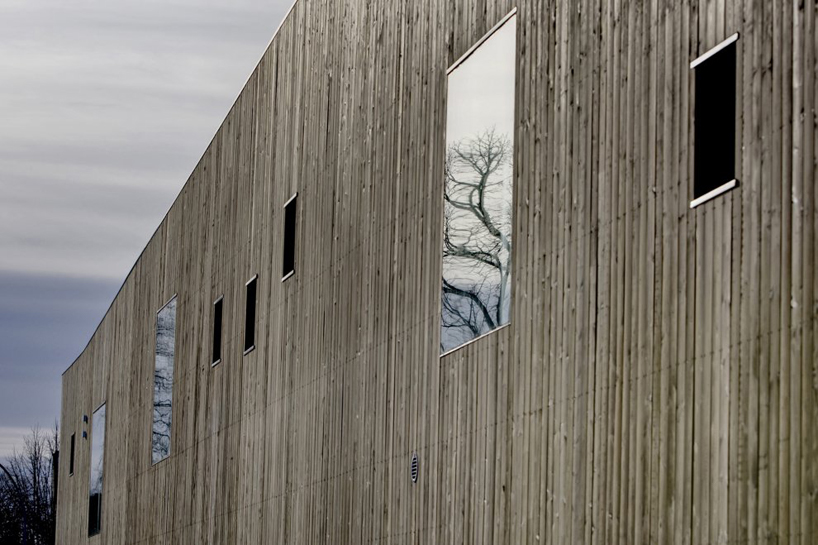 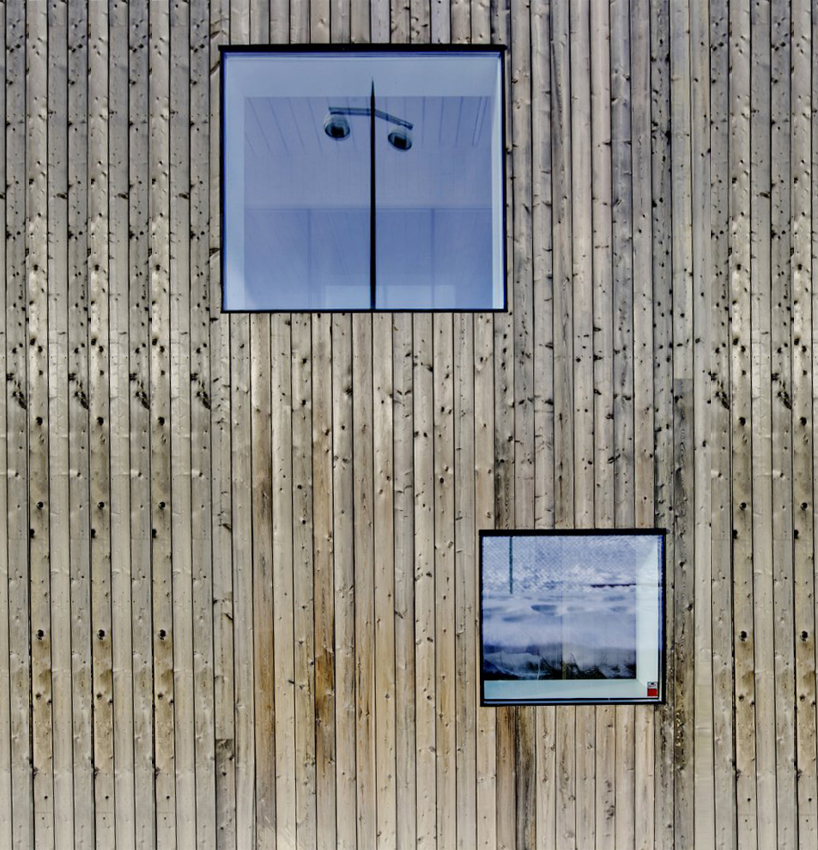 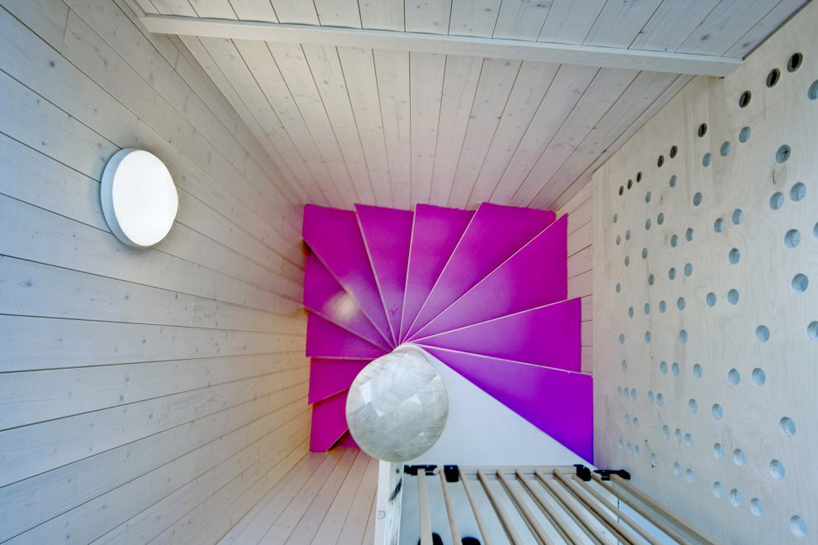 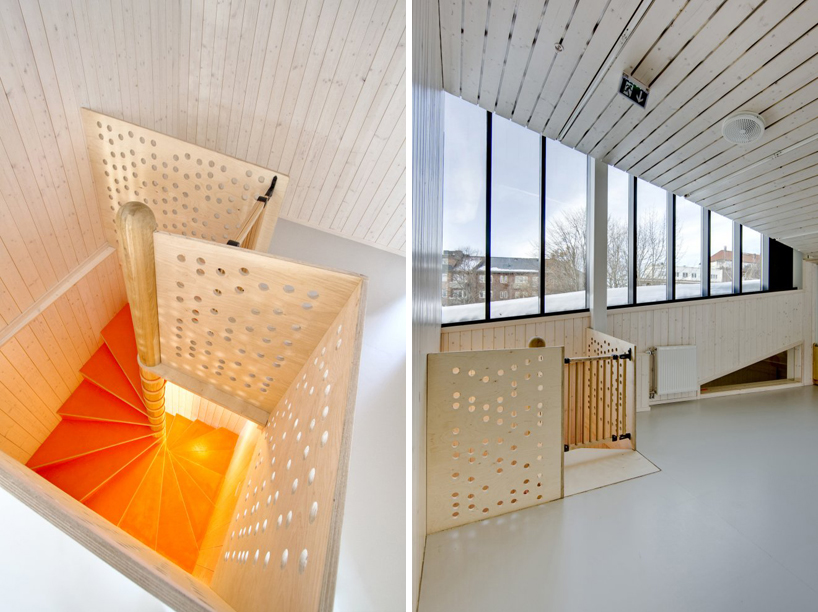 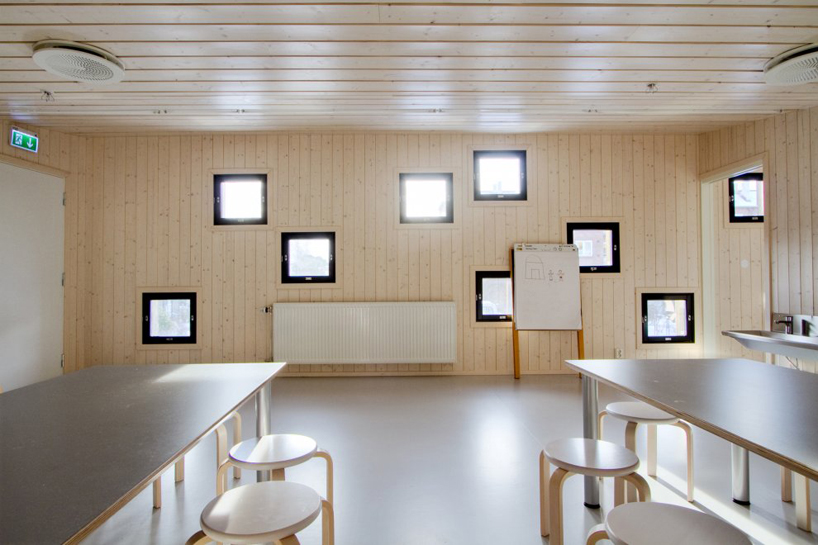 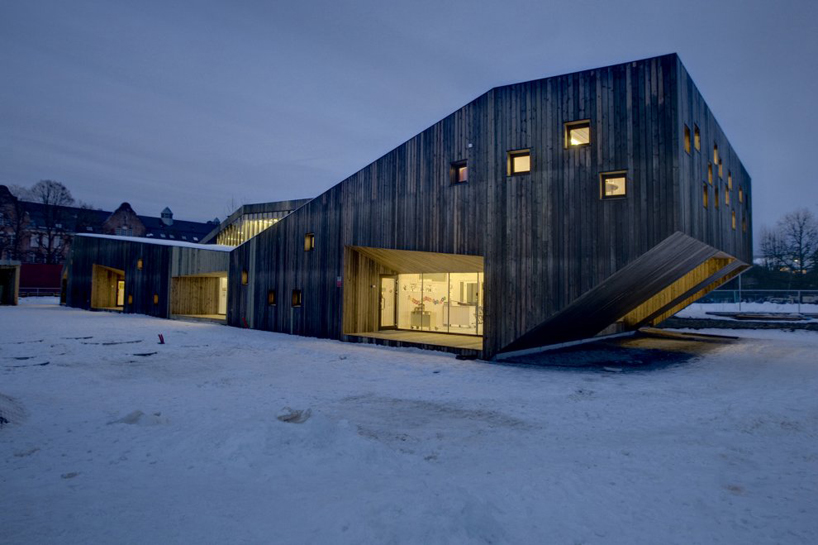 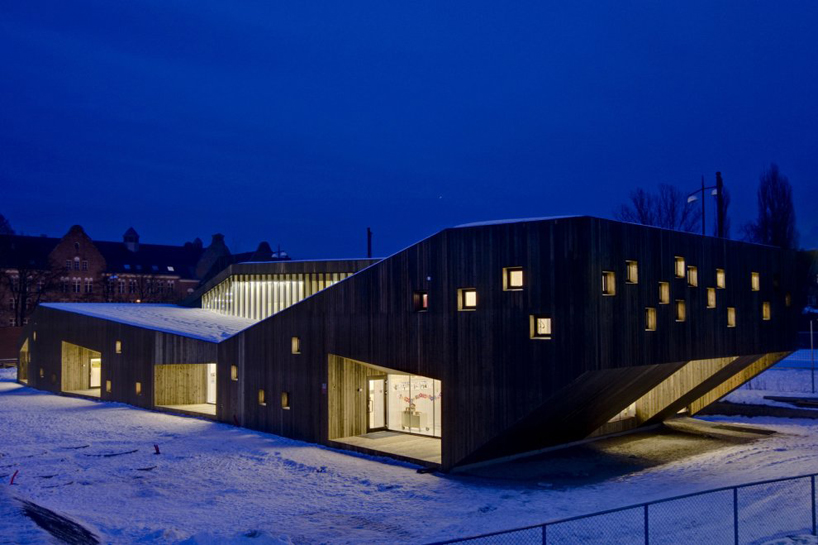 light pours through openings in the thick skin of the structure

Mar 26, 2021
kindergarden by NAN architects blurs the boundary between interior & exterior in china 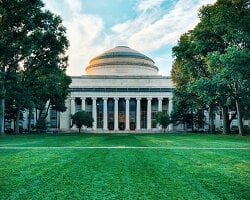