inside a 19th century villa in oslo, reiulf ramstad’s norwegian architecture practice has completed the renovation of the firm’s own work studio. the central feature of the design is an area of glass flooring, which provides a spatial connection between the scheme’s two levels. in addition, the transparency serves as a reminder of the building’s age, by exposing its timber construction. while the studio has been completely modernized, the restoration seeks to both retain and display the previous character of the site. 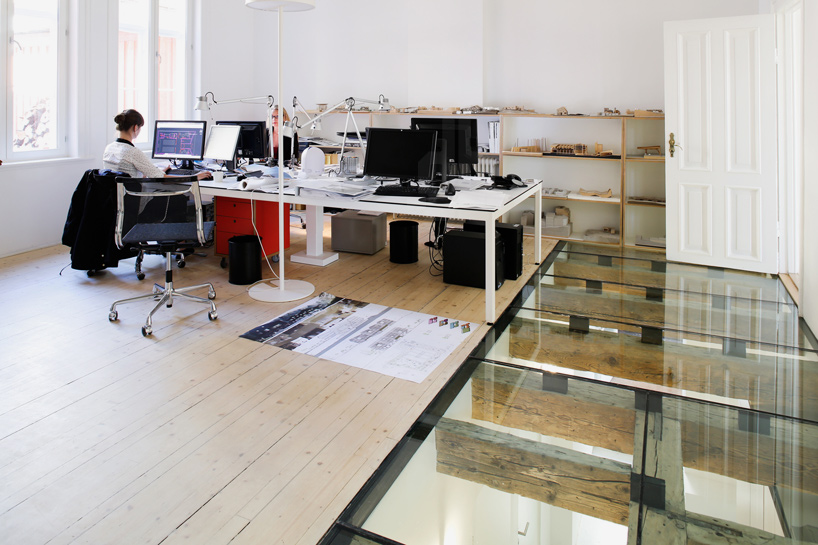 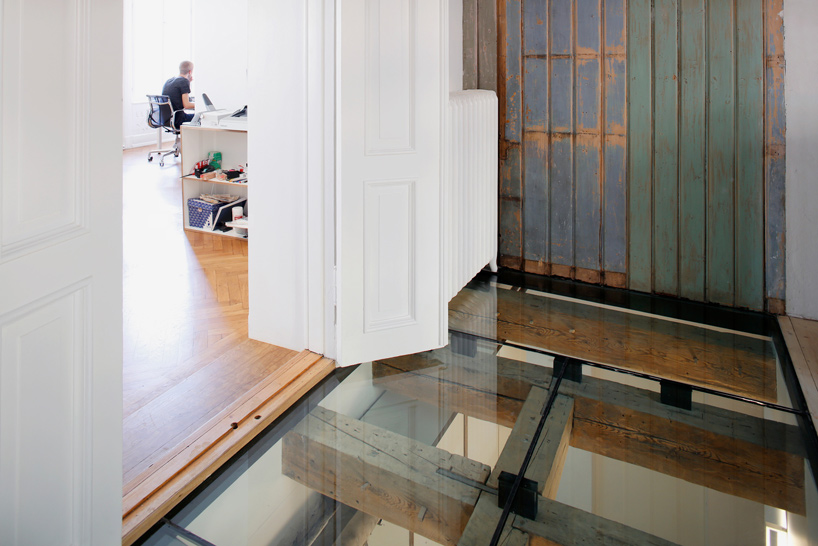 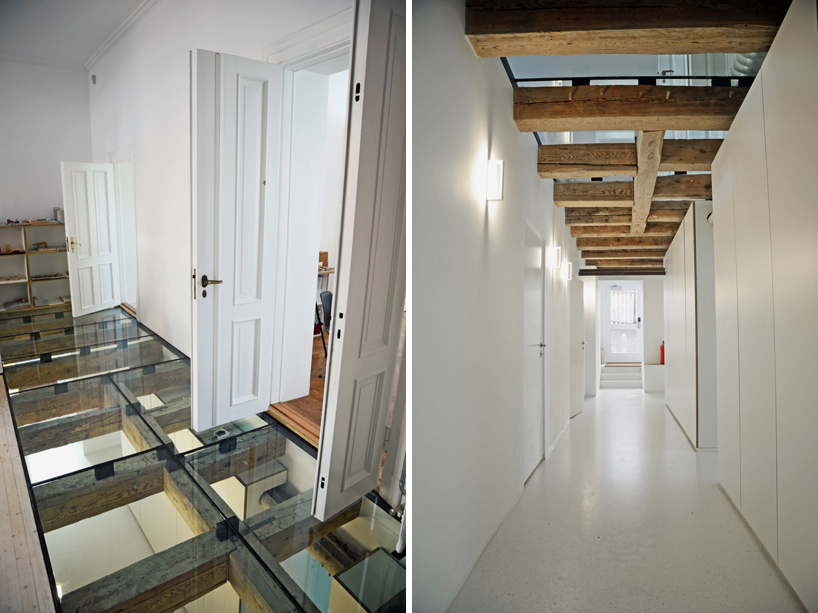 the building’s timber structure is exposed 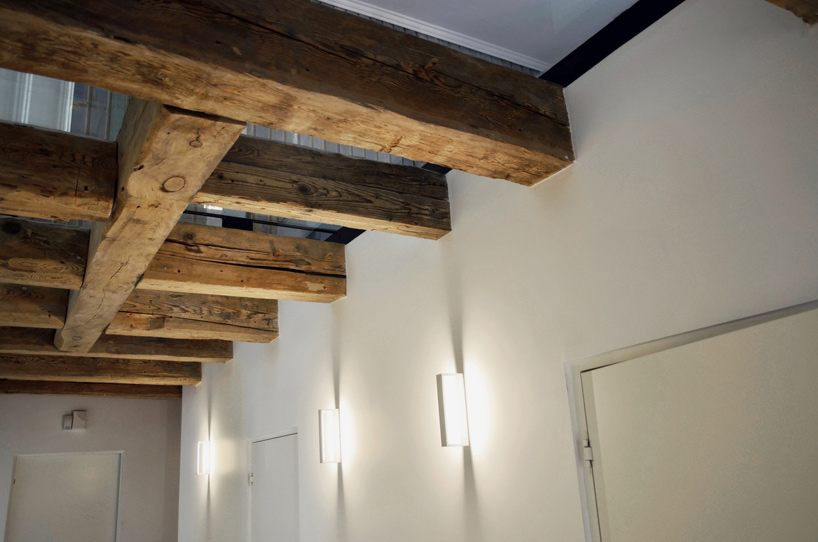 looking upwards from the lower level of the plan 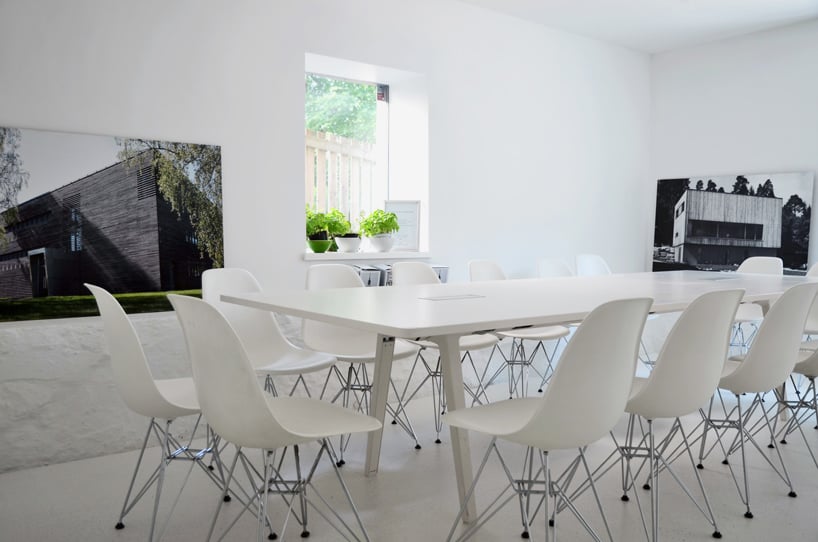 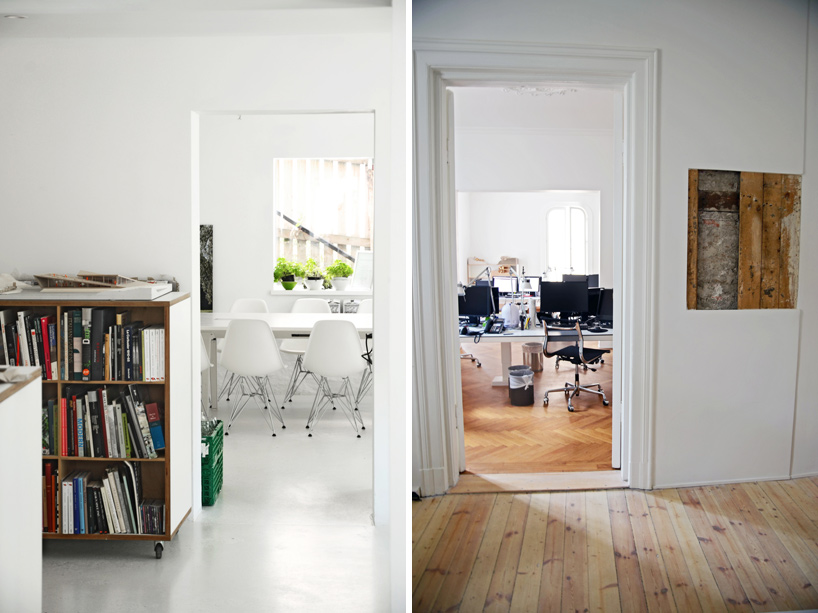 timber flooring is used throughout the upper storey 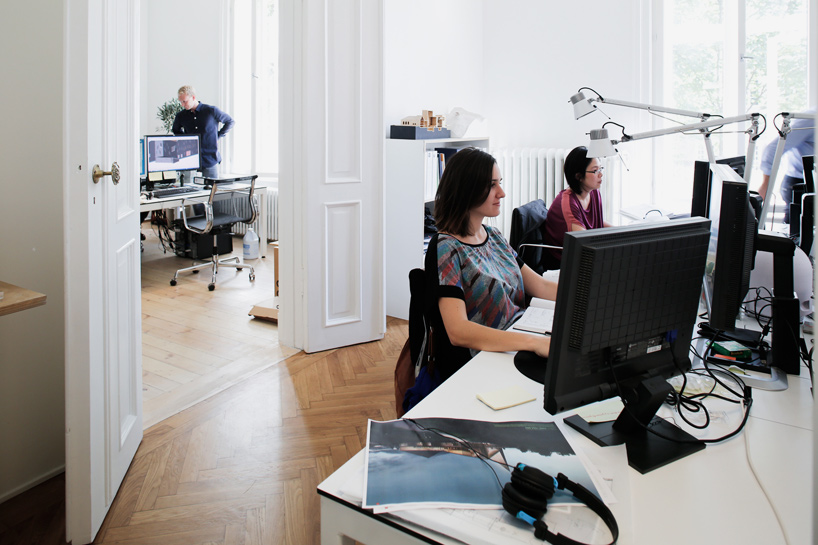 workstations are naturally and brightly illuminated 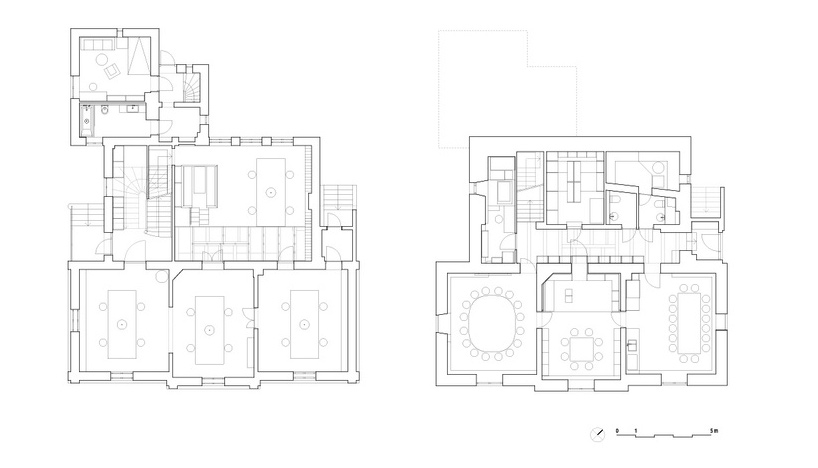 workspaces are found at the upper storey (left), while the lower level (right) contains a variety of meeting rooms 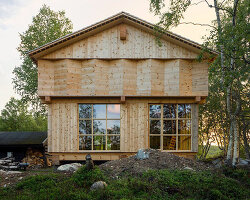 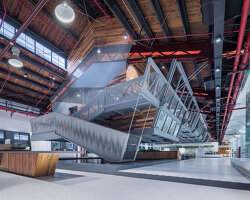 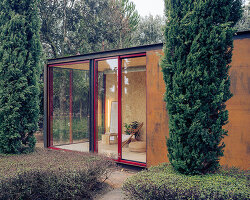