united nude, a brand founded by rem d. koolhaas and galahad JD clark, has opened a flagship store in amsterdam. the scheme showcases the company’s footwear — from injection moulded shoes to high-end carbon fiber heels — exhibiting the conceptual design, elegance and innovation that it projects through its shoes. these inherent characteristics of united nude’s products are evident in the retail interior designed by koolhaas, the brand’s creative director. the store is a ‘dark-shop’ concept which sees it being primarily underlit, with the exception of the areas in which united nude’s shoes are showcased, whereby they are literally highlighted in colorful light. the most important and prominent element of flagship store is a wall of light — a computer-controlled LED division that displays the footwear within geometric frames. 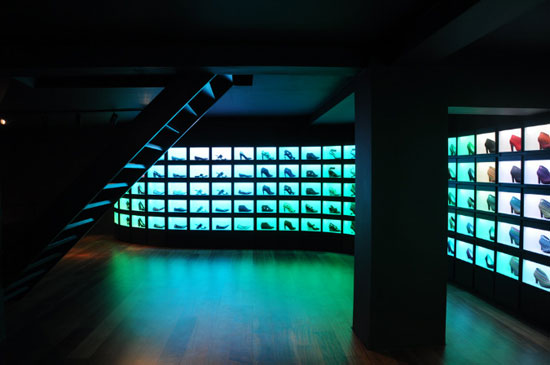 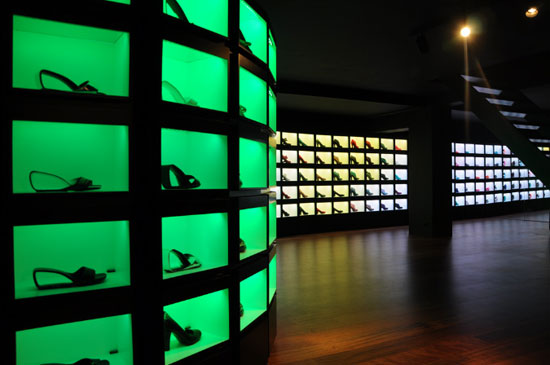 the footwear is highlighted in colorful light 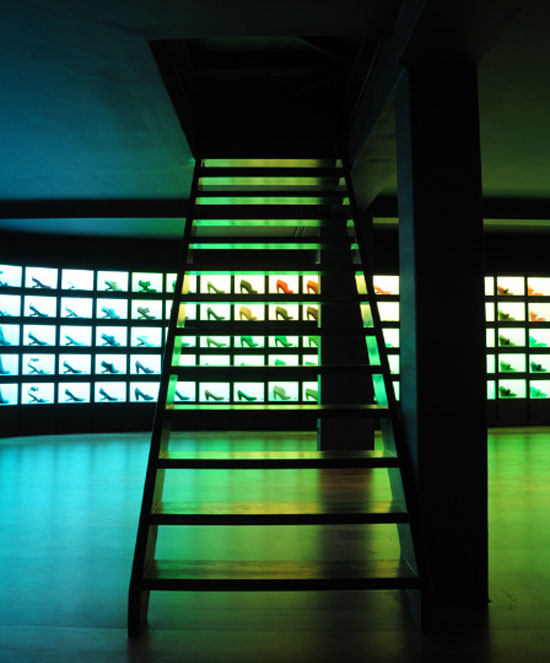 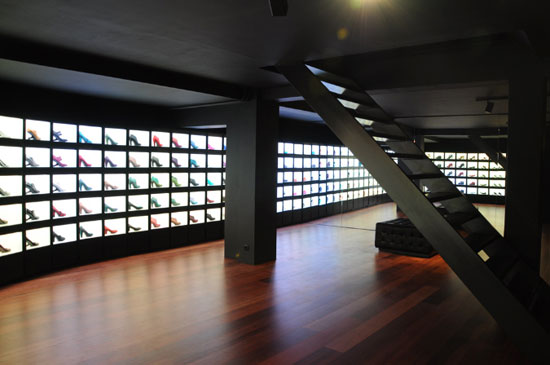 general view of the flagship store 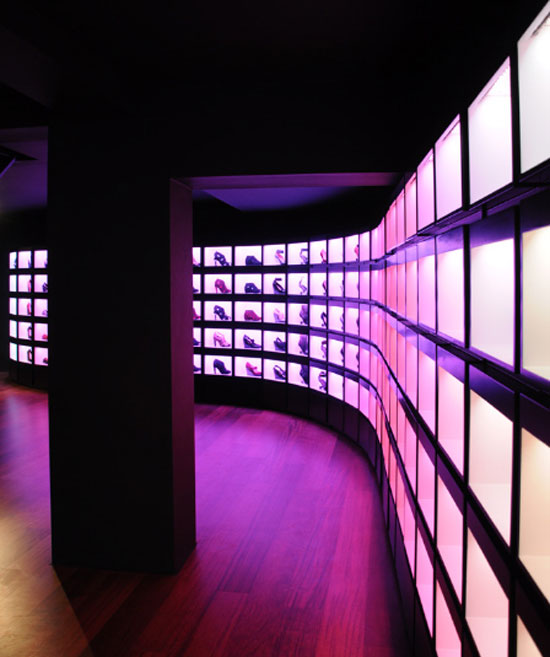 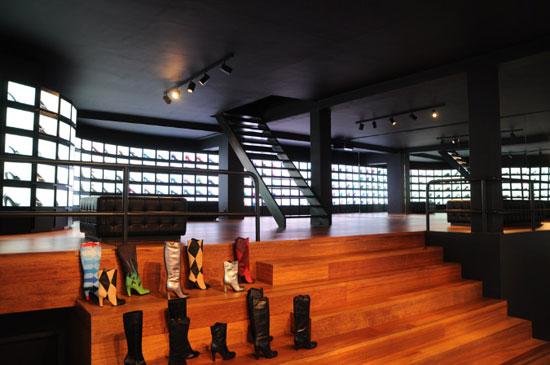