V&A senior curator and architecture critic kieran long first sparked speculation back in august that rem koolhaas might become the venice architecture biennale‘s next director. now, after months of circulating in the rumor mill, the biennale organization has confirmed that the founder of OMA will in fact be heading the next international architecture exhibition.

today, the biennale informed us that the board, chaired by paolo baratta, met at the site of ca ‘giustiniani, to thank david chipperfield for his work in curating the 2012 venice architecture biennale, common ground. at that time, they also appointed koolhaas to take over the reigns for 2014 edition of the architecture exhibition.

baratta stated:‘the architecture exhibitions of the biennale have gradually grown in importance internationally. rem koolhaas, one of the most significant personalities among the architects of our time – who has based all his work on intense research, now renowned celebrity – has accepted to engage himself in yet another research and, why not, rethinking.’

of his nomination rem koolhaas has stated:‘we want to take a fresh look at the fundamental elements of architecture – used by any architect, anywhere, anytime – to see if we can discover something new about architecture.’

rem koolhaas was presented with the golden lion for lifetime achievement at the 2010 venice architecture biennale, and was awarded a pritzker prize in 2000. 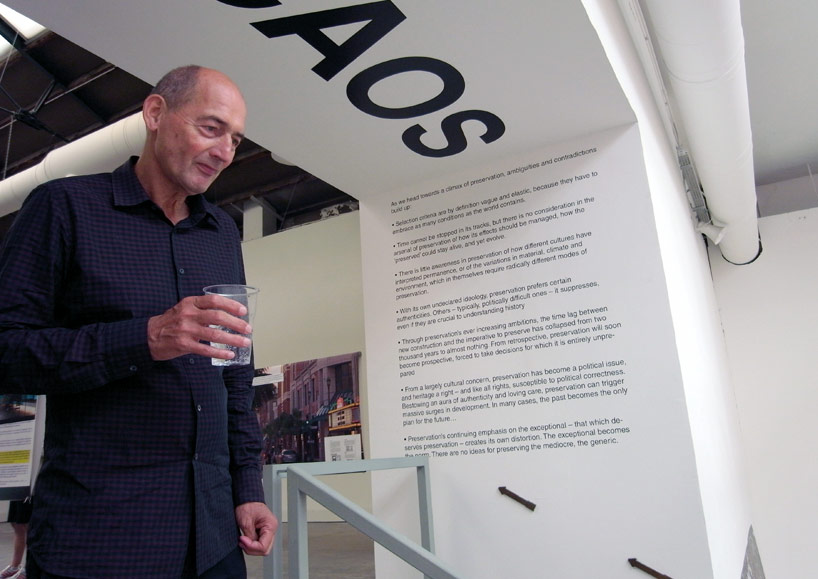