at festarch 2011, a conference of organized by international print publication abitare, international architects and designers presented a series of lectures under the theme of ‘city and anti-city’. rem koolhaas, founder of international architecture firm OMA delivered a talk on a theme which his studio has been exploring for a number of years now, ‘preservation’. koolhaas first presented the theme at the venice architecture biennale 2010 with an extensive exhibition entitled the ‘CRONOCAOS preservation tour’, looking at this idea beyond the disciplinary boundaries of architecture, and within a larger societal context.

‘there are a number of phenomenon these days that are intersections of intensity and decreasing intensity, and that maybe preservation is one of those. you can look at this as an incredible increase in nostalgia and decrease in memory, and that is for me the field in which preservation currently takes place.‘ – rem koolhaas 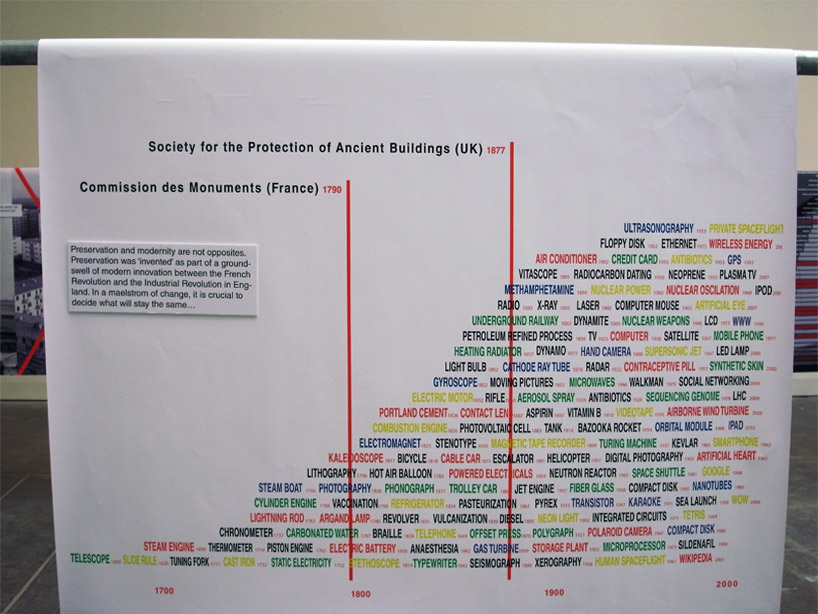 panel produced for the CRONOCAOS exhibition ‘preservation and modernity are not opposites. preservation was ‘invented’ as part of a groundswell of modern innovation between the french revolution and the industrial revolution in england. in a maelstrom of change, it is crucial to decide what will stay the same …‘ image © designboom

rem koolhaas on the notion of preservation in our modern world 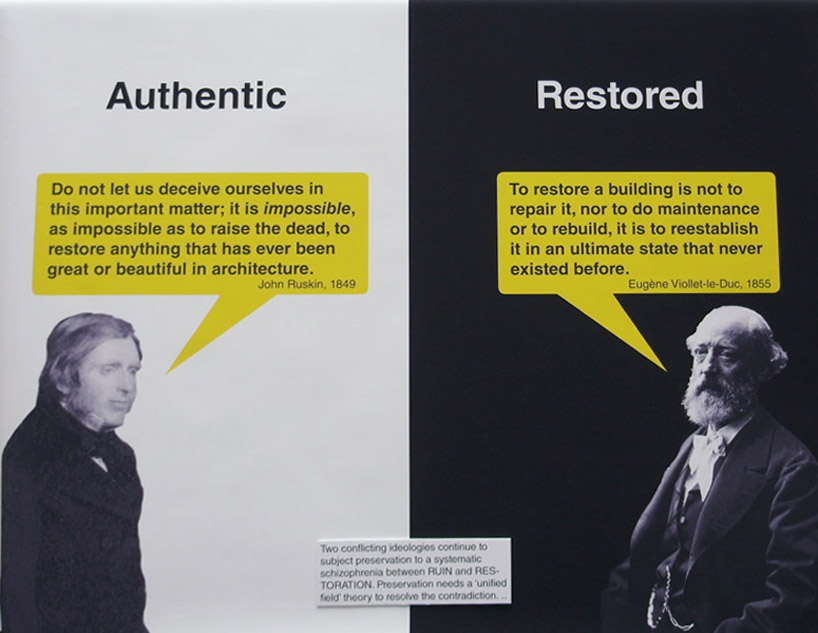 koolhaas asked the audience questions like ‘why does our society continuously bring real things away and replace them with artificial things?‘ and discussed that the type of preservation which architects are currently involved in is one that is more artificial. this can be observed in our society’s ‘morbid dedication’ to preservation as he calls it. this refers to the maintenance of historic buildings or spaces that are not new. today, we often see them being used not for the purposes in which they were originally designed, thus resulting in a loss of authenticity and respect for the past…

rem koolhaas discusses authenticity and artificiality in the quest for preservation