beijing-based reMIX studio has created ‘a-void (yangmeizhu 2)’, an immersive light installation that completely transforms the interior of an empty hutong building for ‘BJDW beijing design week 2014’. the design is part of a pilot architectural project in dashilar, an area undergoing a slow process of urban redevelopment based on punctured architectural interventions.

as a result of the difficult and time consuming negotiation with the surrounding tenants, the fully renovated residential unit was delayed, resulting in an empty skeleton awaiting construction. reMIX decided to reconstruct the future configuration of the building through a light installation of wireframe volumes. 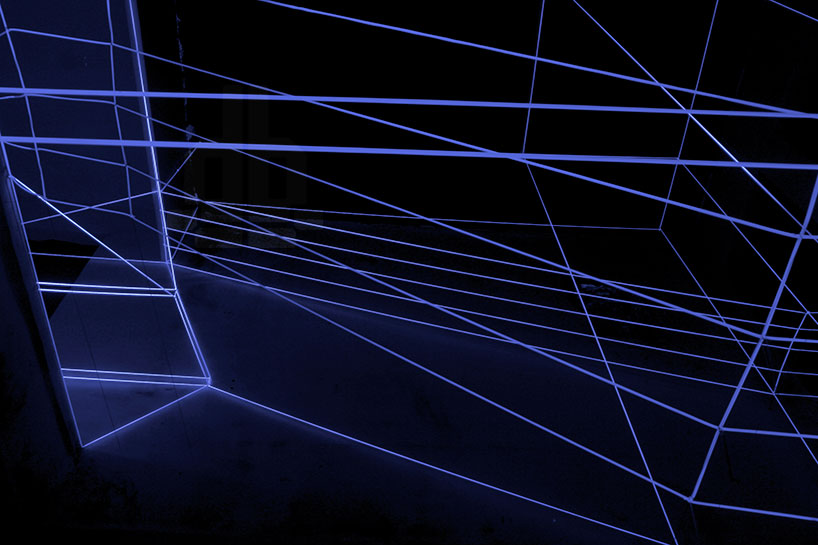 the different levels and staircases that spiral around the main double-height space are rendered through the use of white rubber bands that glow in the semi-darkness of the room, only lit up by hidden UV lights.

‘in the background one can still see the textures of the existing walls, eroded by time and humidity, creating an interesting dialogue between the past and the future of the building.’ says reMIX studio. 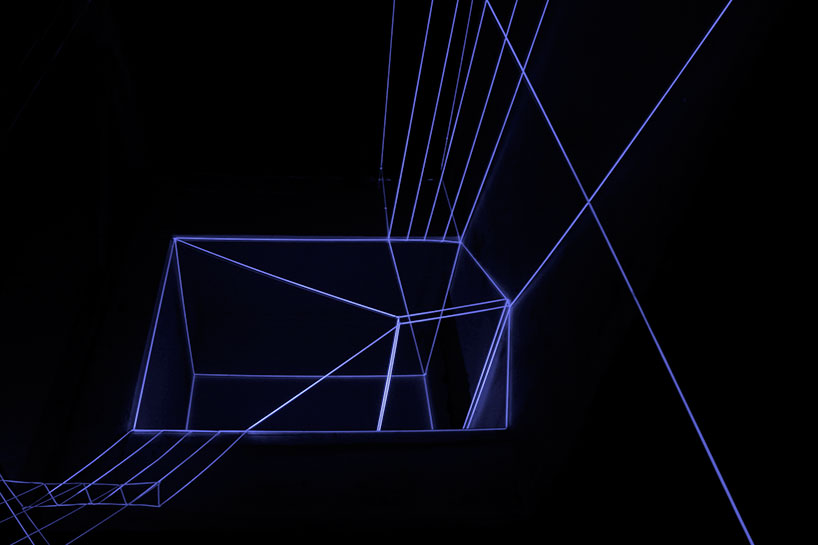 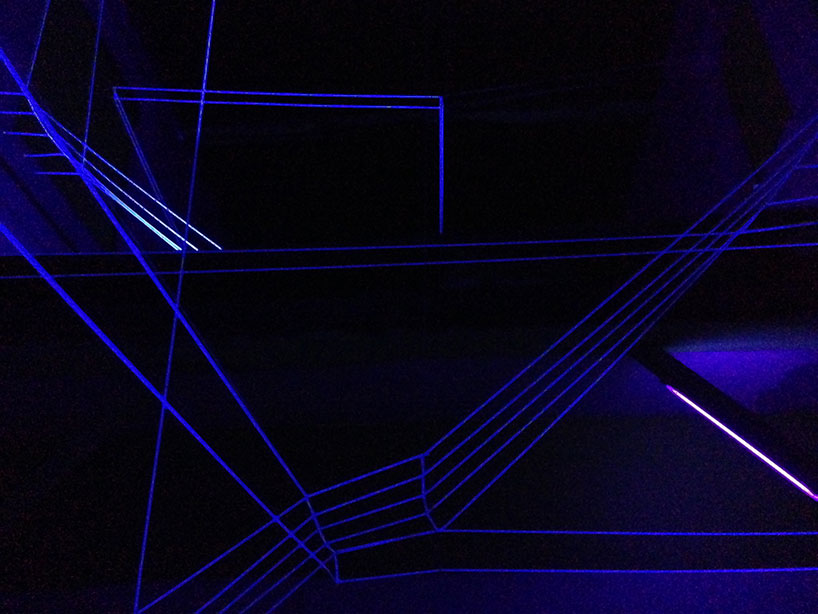 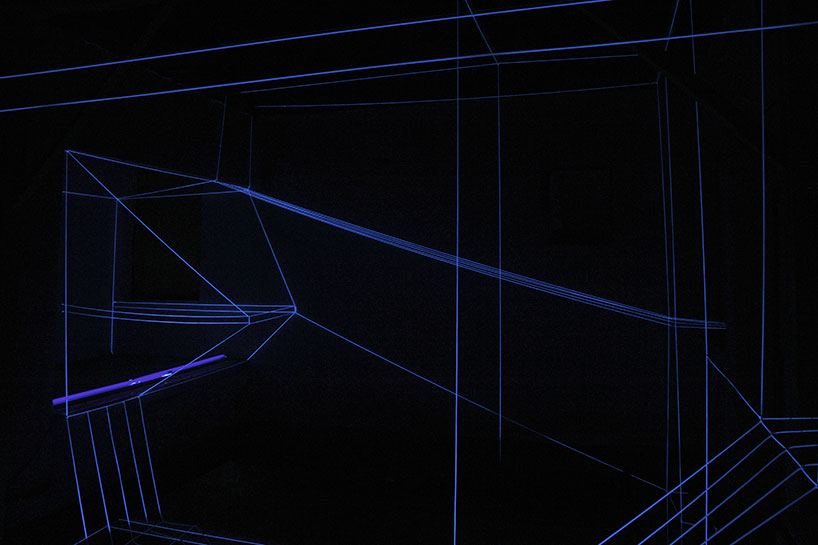 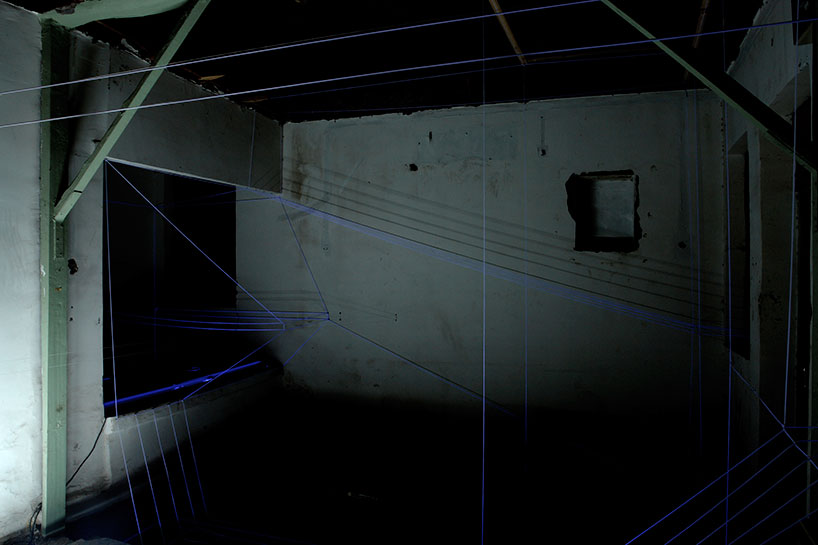 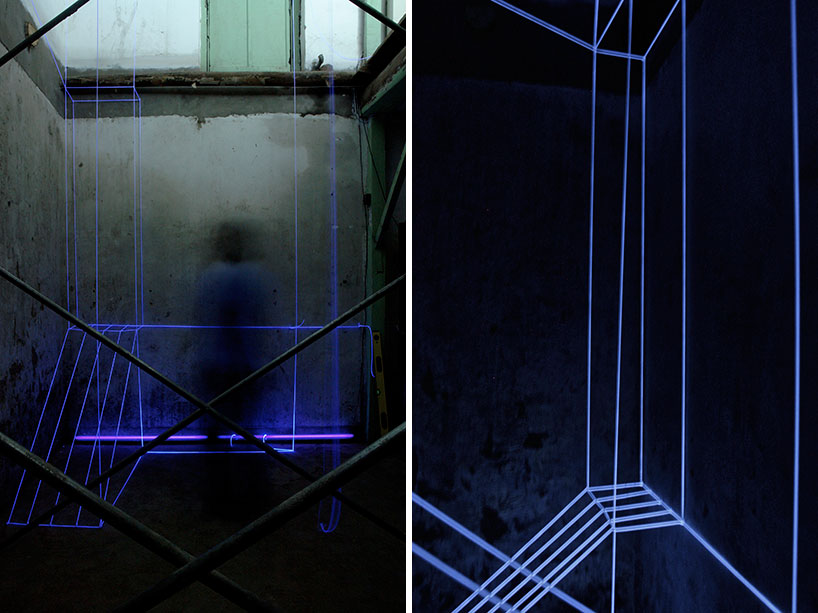 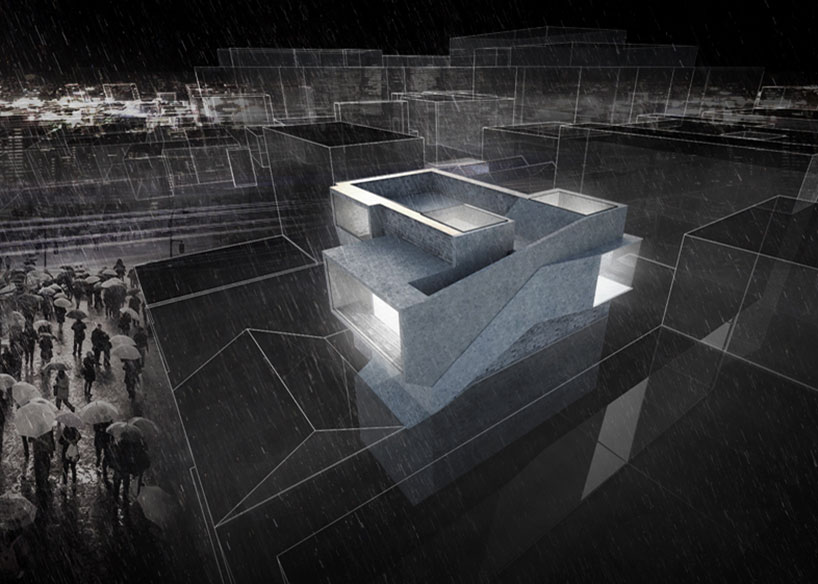 the site itself consists of a series of disconnected volumes on multiple levels arranged around two little courtyards, shared by different tenants. the project started as a small installation for the 2013 beijing design week in one of the uninhabited rooms of the ground floor, exhibiting the concept for a potential residential redevelopment. 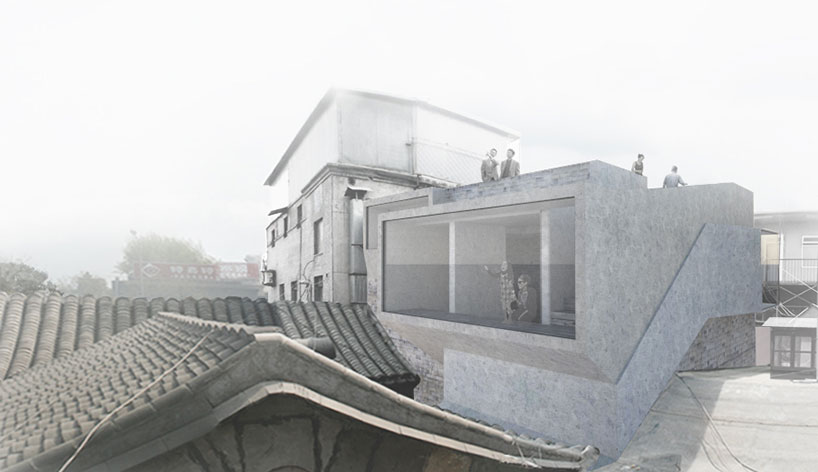 the design aims to solve the vertical communication between the two main interior levels and the roof terraces as well as improving the critical illumination and ventilation of the ground floor. 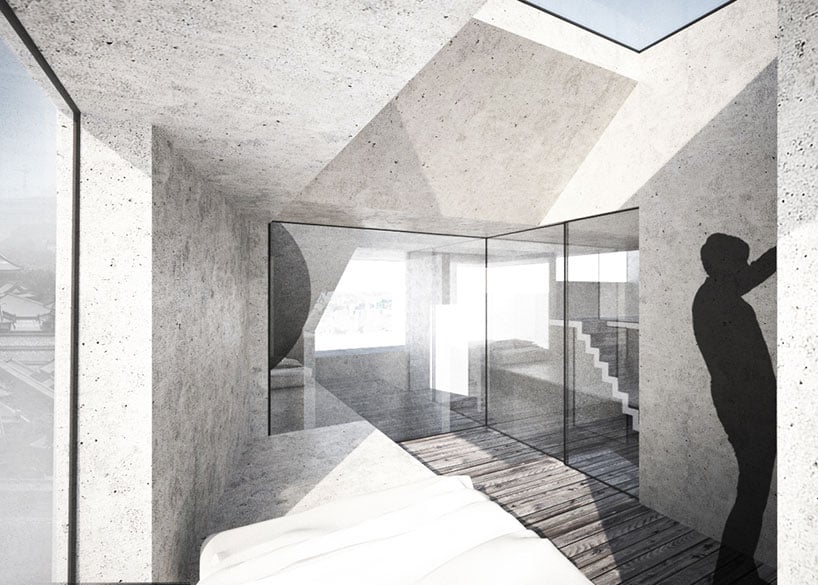 the construction of staircases that work as light-wells creates new vertical cores that help organize the whole internal program. a series of mezzanines maximizes the internal floor area while creating interesting visual connections; at the same time, small terraces and overhanging volumes extend the rooms outwards producing a new interface between interior and exterior spaces. 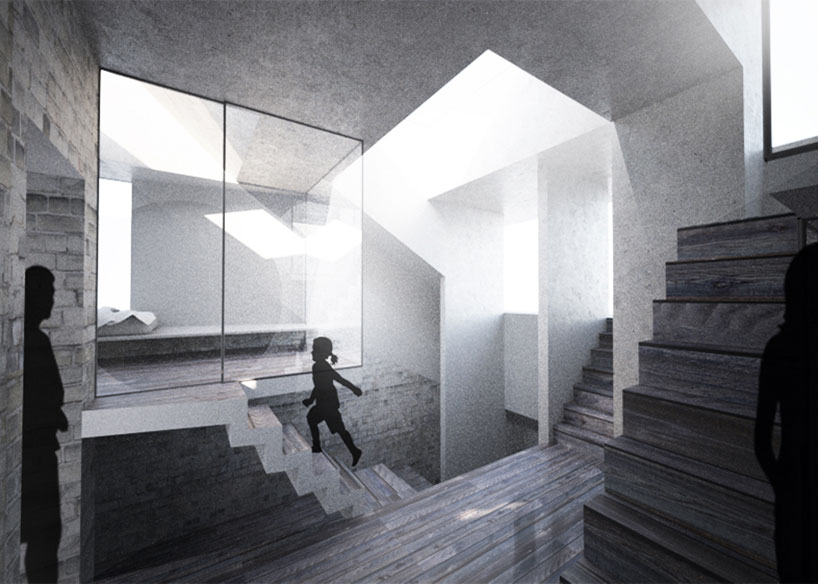 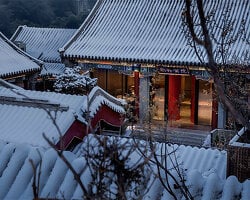 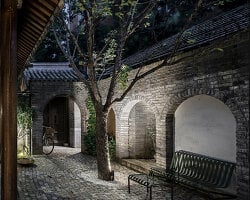