named the ‘soho tower’, renderings and detailed drawings have been released of renzo piano‘ s residential skyscraper located in new york’s west soho district. rising to 25-storeys, the structure splits into two and frames expansive views from the city to the hudson river. 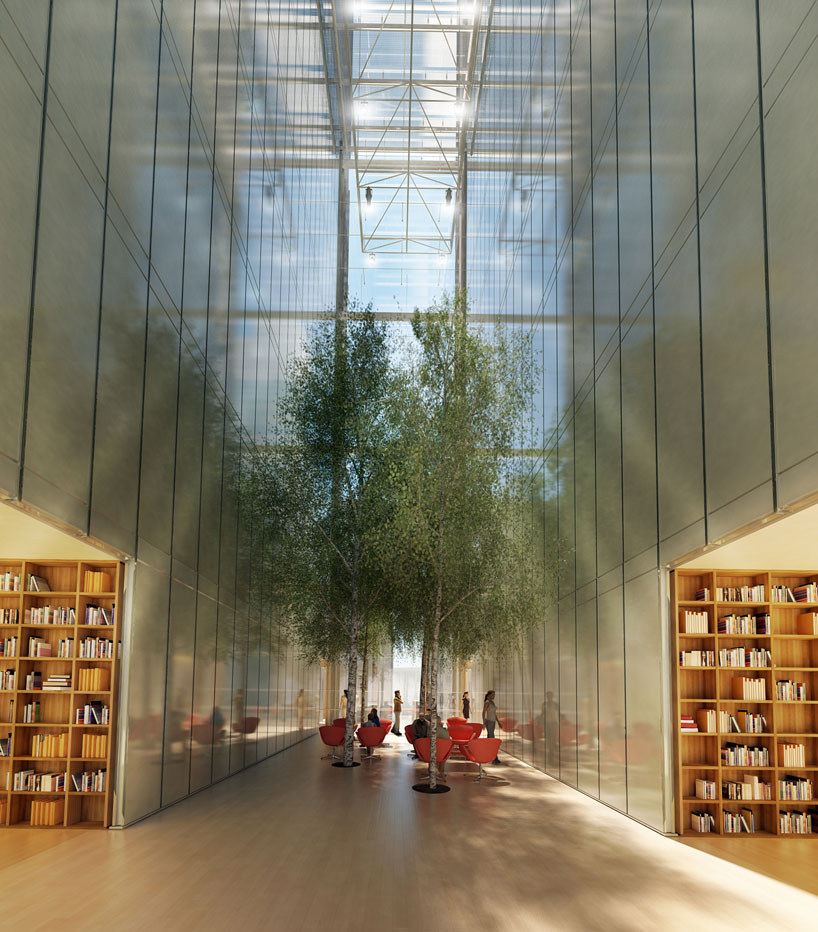 the building rises to 25 storeys

the condominium towers sit along the western edge of soho between broome and watts streets, and is currently being developed in partnership between SHVO, halpern real estate ventures, bizzi & partners development and itzhaki acquisition. internally, a diverse array of facilities will be integrated for private and public use accessed on the ground level and natural light will travel down and light the shared atrium space shared between the two towers. furthermore, the italian architect’s style of weightlessness and transparency will be recognized with the use of curved glass on the building’s façade.

‘the fragmented building massing, detail and materiality reinforce the human scale of this project within the scale of the city.’ – renzo piano building workshop 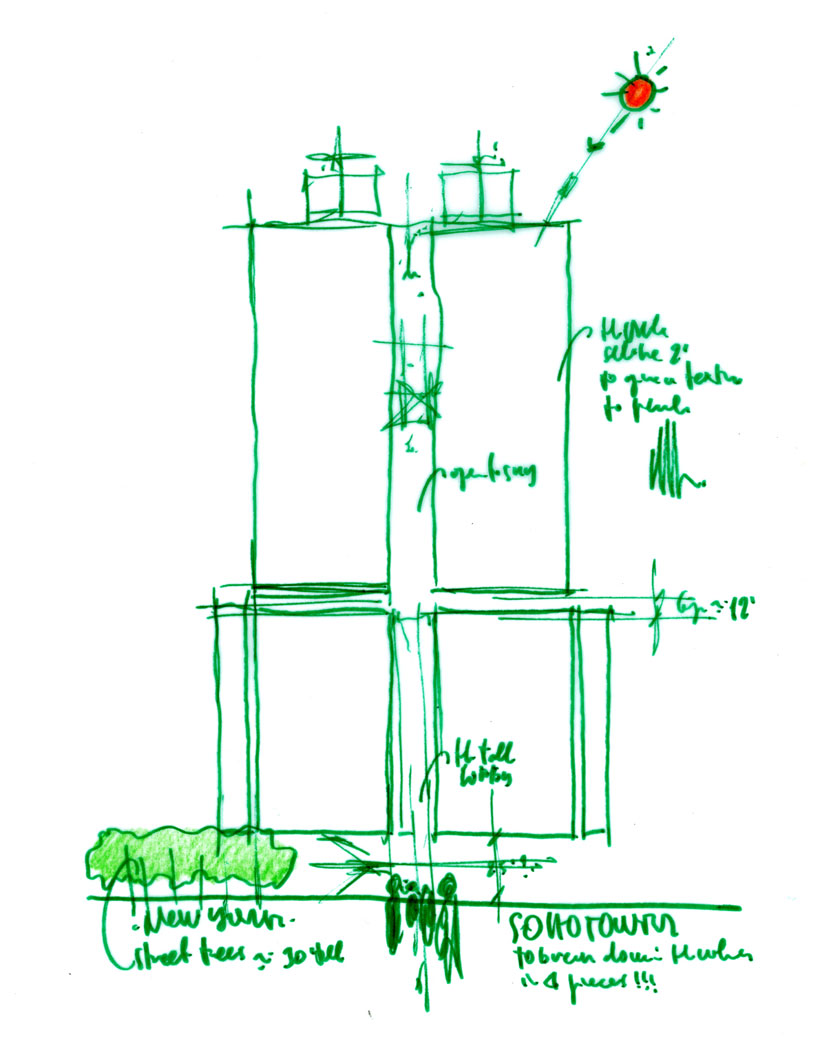 the architect’s initial drawing of the soho tower project 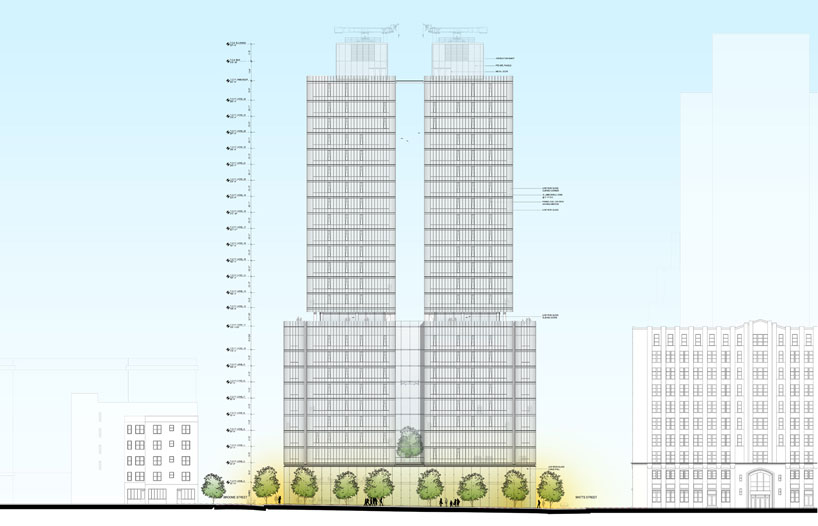 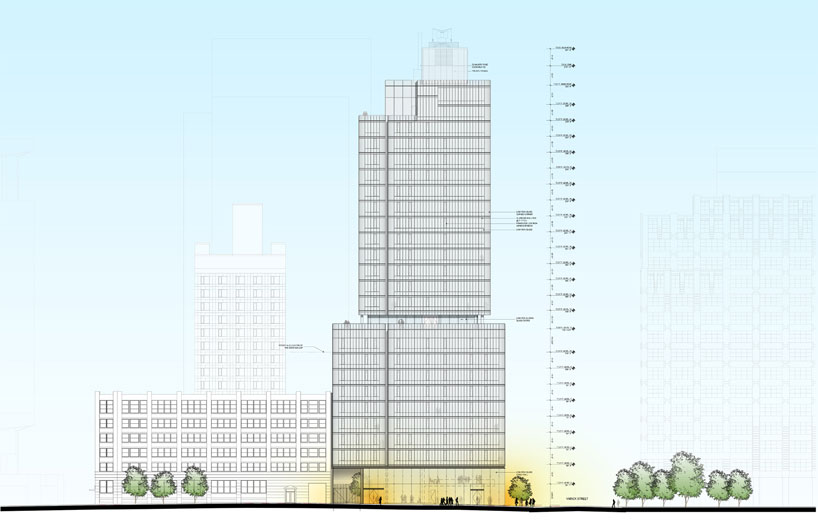 the scheme will be located in new york’s soho area 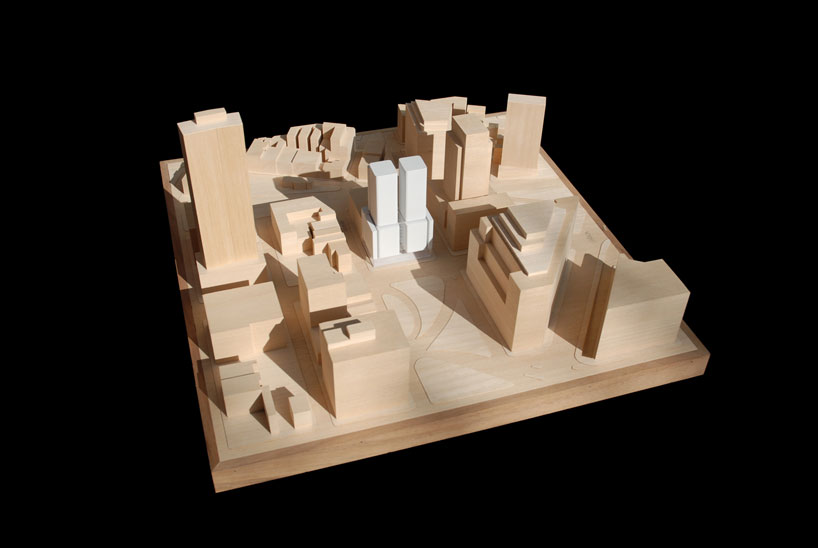