back in 2004 columbia university proposed a 6 billion USD 17 acre campus plan by renzo piano and SOM, for a satellite campus in nearby west harlem. but to build the project, the university needed to acquire private property from owners who did not want to sell, forcing it to use the power of eminent domain to acquire the land. since then there has been decisions made to not allow the development to proceed. however last week it was announced that columbia university has now been given the legal go ahead to construct the campus.

the first building to rise up on the new west harlem campus by renzo piano will focus on brain research, but the jerome l. greene science center is being designed for both non scientists and neuroscientists. 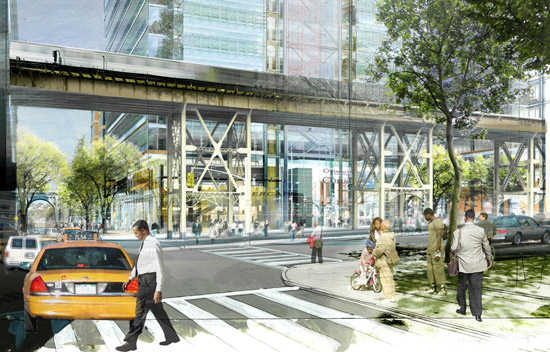 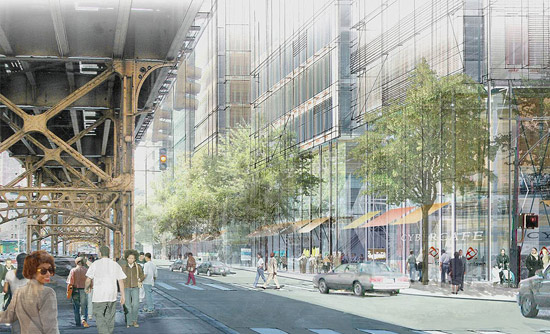 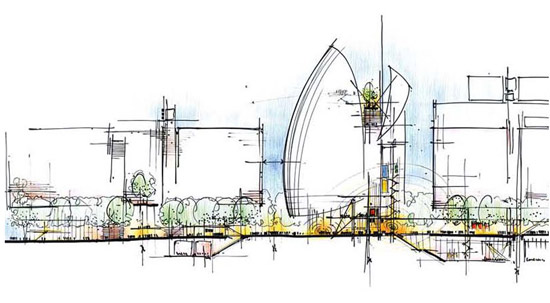 initial sketch of the campus by renzo piano 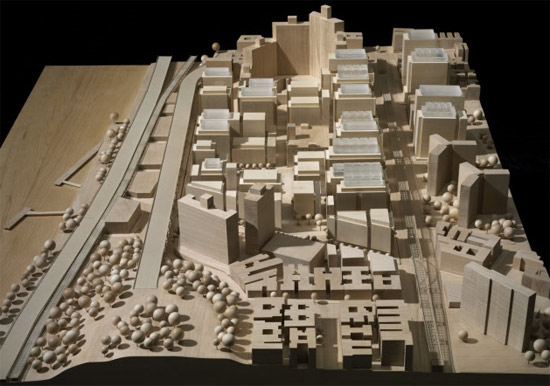 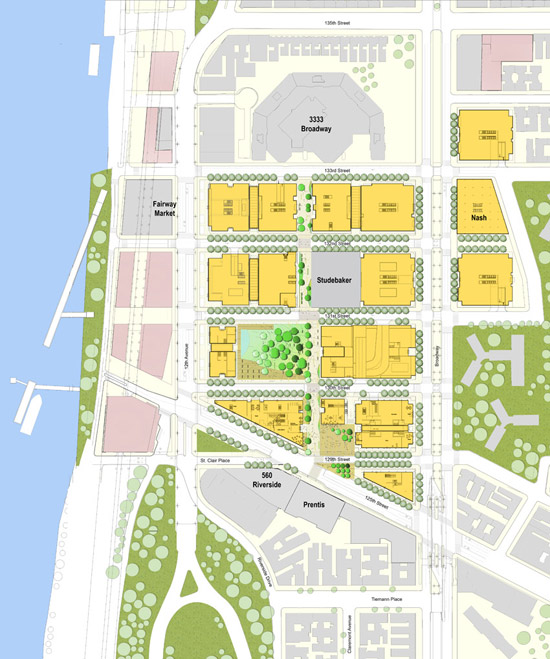