the re-wind network has installed its first ‘BladeBridge‘ for pedestrians, cyclists and emergency vehicles in cork, ireland. the five-meter-long structure is built from two repurposed LM13.4 wind blades from nordex N29 turbines, which were donated to the project by everun ltd. 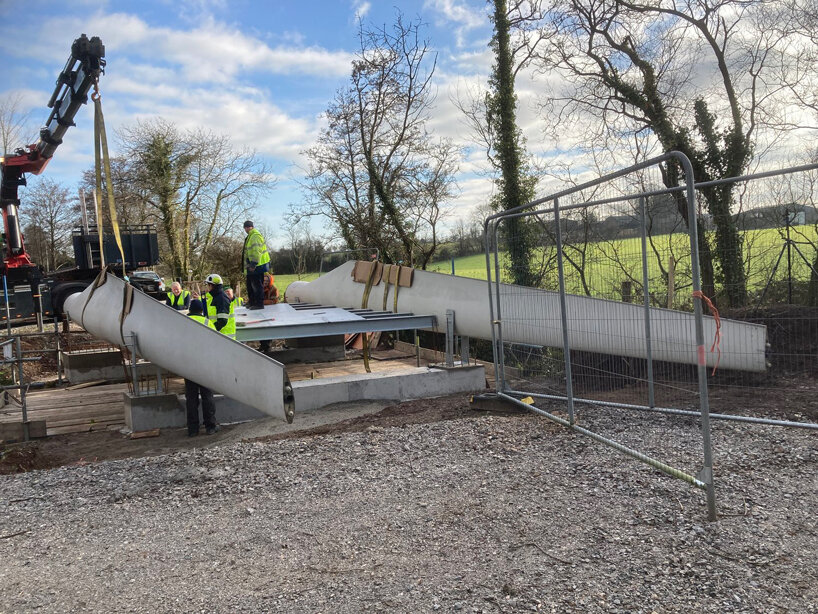 re-wind explains that modern wind turbine blades typically last for around 20 years before they are decommissioned. however, most blades are non-biodegradable and difficult to recycle because they’re made up of composite materials, primarily glass fibers, resins and foams.

‘the problem is one of enormous scale on several levels: a typical 2.0 MW turbine has three 50m long blades containing around 20 tonnes of fiber-reinforced polymer (FRP) composites. it is estimated that by 2050, 39.8 million tonnes of material from the global wind industry will await disposal,’ says re-wind.

the re-wind network is a research project that was set up to find a solution to this major waste problem. the interdisciplinary team comprises experts from city university of new york, georgia institute of technology, university college cork and queen’s university belfast.

‘we’re exploring the potential reuse of the blades across architecture and engineering. developing such methods can have a positive effect on air quality and water quality by decreasing a major source of non-biodegradeable waste,’ says lawrence c. bank from the georgia institute of technology.

of course, bridges aren’t the only creative use for old wind turbine blades. re-wind has proposed a number of other uses such as a-frame glamping pods and noise barriers, and in denmark, they’re turning them into bike shelters. 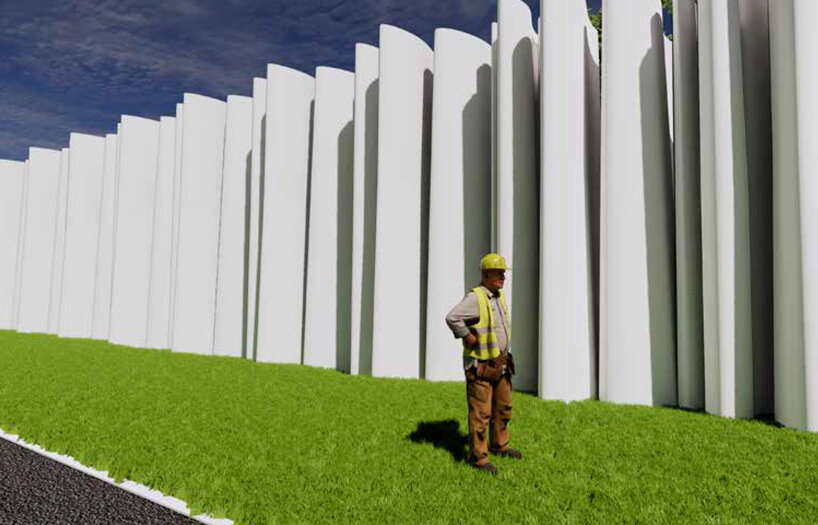 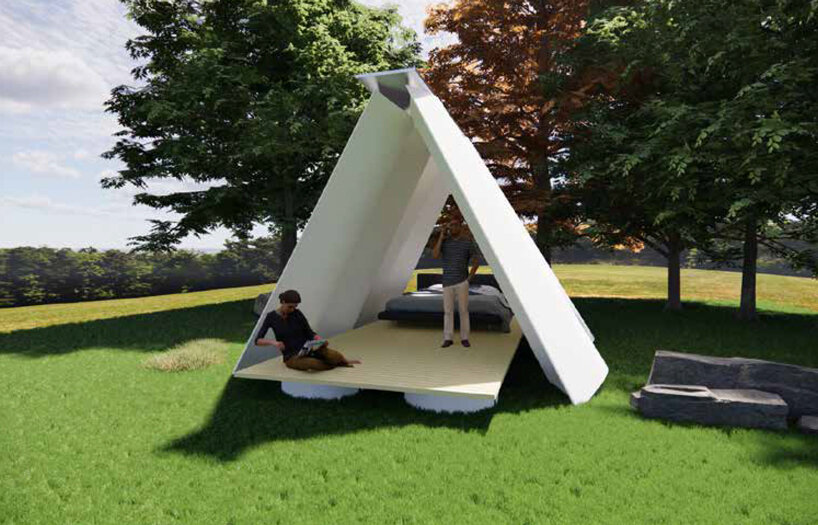